You are here: Home / Technology / Gaming On A Mac: Macs For Gamers To Avoid and To Consider (Pros, Cons, and the Verdict) 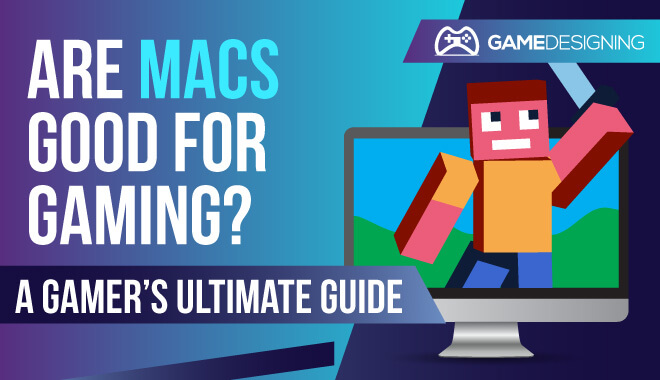 If you were to think of spending time on an Apple gaming laptop, you might snicker and think it would be ridiculous. Macs good for gaming?

For a long time, Macs weren’t the gaming powerhouses that PCs were. What they sacrificed in crazy amounts of gaming potential was style, ease of use, and more. However, is the computer line from Apple turning the corner when it comes to hardcore gaming? Let’s see.

Are Macs Good For Gaming?

The short answer? No, not really. However, that doesn’t mean that they aren’t capable of running games at all.

Macs are built on the concept of software optimization and other functionality. With this hardline focus on functionality, they have left very little room for hardcore gaming. It’s just simply not what they are made to do.

Let’s look at some basics that differentiate Macs from other gaming computers.

First off, a GPU is a graphics processing unit. This generates the ability to show graphics on your computer’s monitor.

An integrated GPU is where you find both the GPU and CPU as part of one unit. This means that the graphical processes and overall computer processing unit share the same chip.

What kind of GPUs do Macs have? They have their own unique GPUs built by Apple. This means that they are entirely unique to the iOS operating system, kind of like your iPhone or iPad.

For things like the MacBook Pro 15-inch, there are both dedicated and integrated GPUs for better graphical performance all around.

Macs For Gamers To Avoid

While gaming on Mac is becoming more common, there are still Macs to avoid if you are planning on using your Apple device for gaming.

The Mac Mini is a great desktop Mac for nearly all of your computer needs. However, gaming on a Mac requires a more powerful GPU than the Mini Macs have on hand.

This is just a general warning to pretty much avoid all MacBook Air computers, as their GPU power is pretty low. If you are a hardcore gamer, be sure to avoid this line of famous Macs for your gaming needs.

However, you can still play games like Stardew Valley or Graveyard Keeper.

Macs for Gamers to Consider

Now let’s look at the best Macs for gaming.

If you are looking for the absolute best gaming experience on a Mac, the 16-inch Macbook Pro is a great option. However, the price can be a little daunting.

It has a discrete GPU, meaning that you can upgrade it whenever you want without affecting the CPU, and has brilliant screen resolution.

It’s sleek, big, and is the best way to game on a Mac.

This powerhouse of a desktop computer gives Mac users a brilliant 4K display. It’s recommended to absolutely upgrade the existing discrete GPU, as it may not be up to the task of moderately graphically powerful games.

Other than upgrading, you get over a terabyte of storage and a fantastic display. 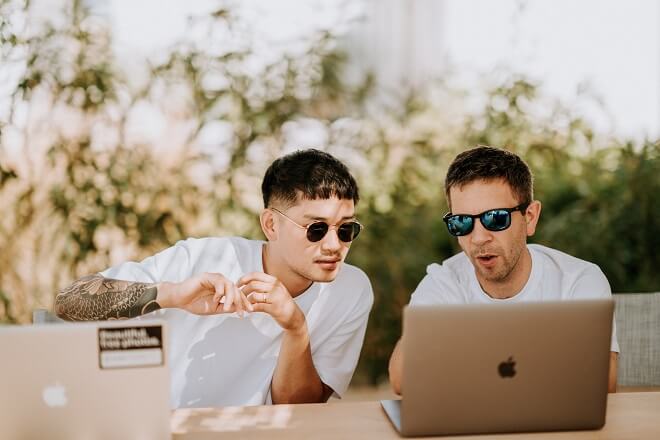 Which Mac Model is Best for Gaming?

The best Mac for gaming is probably the 16-inch MacBook Pro with M1 processor. While by no means is inexpensive, this is one of the most graphically powerful Apple gaming laptops you can snag.

It has a ton of features, like several USB ports, great graphics, and a beautiful retina display. However, the price is pretty considerable.

Which Low-Priced Mac Model is Best for Gaming?

The best budget-priced Mac model to consider is the 13-inch MacBook Pro. This is an older model and is perfect for some casual to moderate gaming. It doesn’t pack a lot of punch, but if you are a diehard Mac user who needs to game, this might be your best bet.

So while you won’t be able to run a graphically demanding game that needs a bunch of horsepowers to even boot up, you can still find some great titles for gaming on a Mac. While their software optimization focus hobbles their ability to play games like Death Stranding, Macs are solid for more casual gaming.