You are here: Home / Engines / Unity vs. Godot: Performance, Community Support, Ease of Use, & Pricing 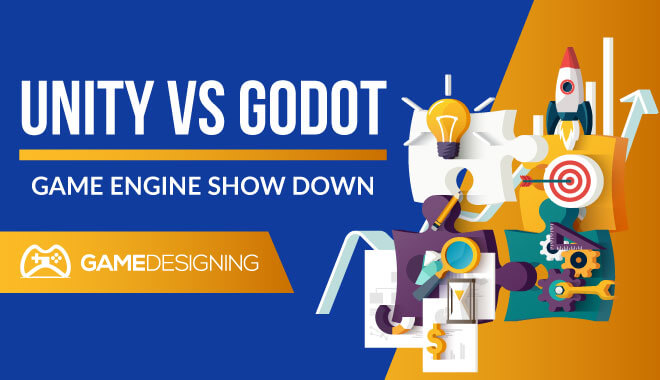 With the advent of game creation, there have been numerous ways to go about making new games. In recent years, nearly anyone with the right resources can make a game.

However, some things, like the operating system and engine can set certain projects apart from one another. Game engines are the foundations of any game; engines like Frostbite and Unreal have made headlines with their association and implementation within addictive and iconic games.

There are also other great engines like Unity and Godot. In game development, what would be your best bet engine-wise? Which engine is better, Unity or Godot? 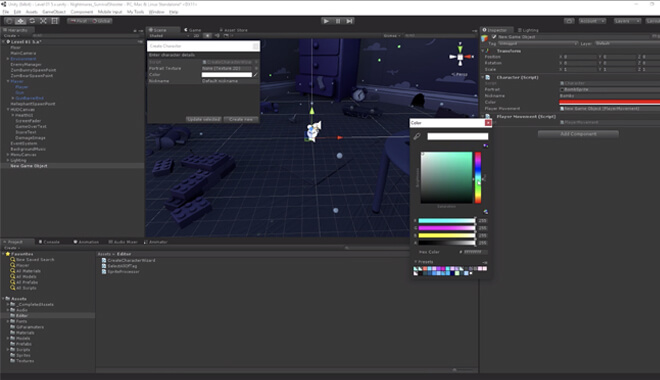 Starting off, we will take an in-depth look at Unity. Unity was released in 2005, with constant, timely updates to its software.

Developed by Unity Technologies, Unity has become one of the premier choices for game design, along with the gaming giant, Unreal. Unity was used back in the day for more simple, amateur games, but eventually evolved into making some of the better games today.

Titles like the RPG Wasteland 2, the ambitious survival game The Long Dark, and the strategic Shadow Tactics: Blades of the Shogun are all testaments to Unity’s success.

Upcoming titles like Ori and the Will of the Wisps and a new Oddworld game will keep the gaming pipeline moving smoothly, and keeping gamers hooked on the efficiency of Unity. This is one area where Unity truly shines amongst other engines.

Unity and Unreal are sometimes considered the de facto game engines when it comes to what gamers want. Unity doesn’t stop at games, however. It also can be harnessed to create 3D models of architecture, as well as film.

This gives it a great potential for use in numerous ways of life, giving it a big boost. Let’s take a look at Godot’s library. 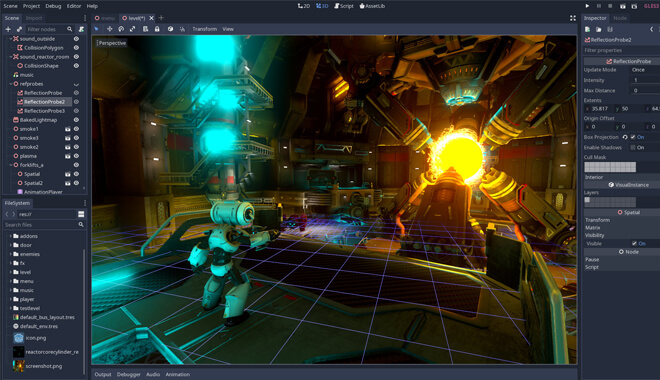 Godot was initially released in 2014 by Juan Linietsky, Ariel Manzur, making it still a young engine to get things done with. It is a cross-platform engine, (namely PC and mobile), and it is aiming high in securing its place in the gaming world.

In terms of games and comparing it to Unity, Godot hasn’t exactly matched the power of Unity, but that’s to be expected. Godot is younger and doesn’t have the same 3D power that Unity can harness. Its library consists of fun little games, made by mostly amateur coders and game developers.

The games can be great stepping stones for developers to graduate to more complicated and staggeringly impressive projects. Games aside, let’s next look at some pricing points for both engines.

With the power of Unity, the developer will be shelling out some cash. The engine used to be on sale as a program, but then the current subscription model was embraced 10 years after launch.

For the beginner user of Unity, you can download a free version of the program. This has a caveat; namely that your project revenue or funding cannot exceed $100,000 a year. For first time developers, this shouldn’t be an issue.

With this free version, you can easily harness the power of Unity with the freedom of not paying. However, the free version does not include support or certain services and tutorials.

When it comes to paid versions of Unity, it starts off with the Unity Pro package. This option costs $125 a month and includes an impressive amount of services not included in the free version.

Quite a list and I believe that it would be a no-brainer if you’re a serious developer with a great team behind you to invest in the Pro package. Famous publishers like Electronic Arts and mobile giant Zynga have utilized the Pro package of Unity.

The last model is called Plus. This is geared toward the intermediate developer, namely the ‘hobbyist’. It ups the financial restriction to $200,000 in revenue and funding for your project.

The Plus package gives users that sweet spot between paid and unpaid, giving you support as well as some limited cloud storage. However, it pales in comparison to the Pro model in many respects. This might not be an issue for you if you are just fooling around, maybe approaching a project that may be more serious rather than a casual experiment.

Overall, the pricing model for Unity seems to be rock solid. It has something for nearly every type of developer and software tinkerer.

Godot: Pricing & Benefits of the Community 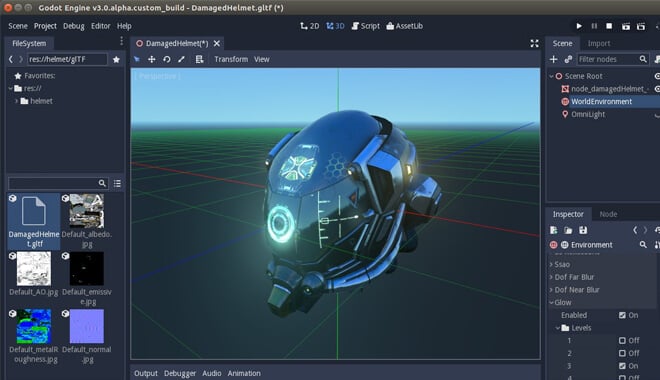 One of my favorite things to hear: it’s free! That’s right, the Godot engine is completely free. It uses the MIT License, which basically means the developer has to include the copyright of MIT within their project.

No big deal! Godot is freeware, and you can download it right now. Godot’s site also includes some great resources for beginners.

A slew of demos and tutorials included right from the same page as the download can ensure that even if it’s your first foray into game development, you’ll at least have something to go on. It’s a self-contained file and doesn’t even require installation.

The thing I love about Godot is its community. If the demos and site tutorials don’t catch your fancy or help as much as you thought, you can hop on multiple different sites to access more personalized guides.

Namely, the extremely active subreddit is the perfect place to take whatever questions or problems you have and have a vibrant community help you out. Specifically, the weekly r/Godot discussion thread is pinned to the top of the page, allowing users to congregate and share progress on whatever they are working on in Godot at the moment. 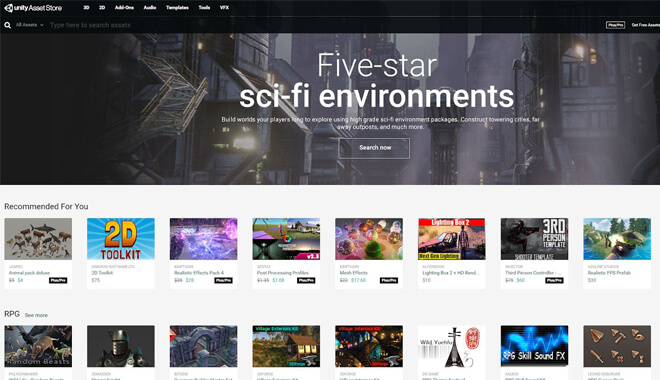 Although it started as a Mac OS X exclusive at launch, Unity now includes use through Windows, macOS, and Linux. The user can choose to build projects using 3D or 2D worlds, assets, and more.

Basically, the sky’s the limit here. As of right now, Unity only supports English as its primary language. I’m excited to see it possibly grow more, taking the world by storm.

Unity has a great benefit in the form of the Unity Asset Store. In it, the user can download different objects and assets, or likewise make and sell them to other developers, creating a cool little marketplace of creativity. 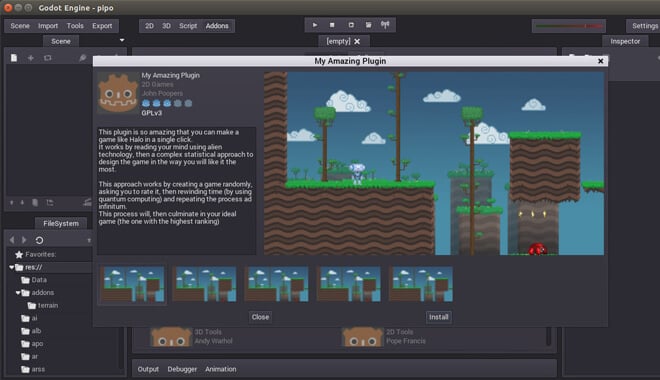 Godot is likewise only available in English, but there’s the talk of different language integrations in the future. It also includes an innovative signature coding language, GDScript, which can help users who aren’t too familiar with C++ make some games right off the bat.

To make it easier for all of us, I compiled some of the more obvious pros and cons for using both game engines. 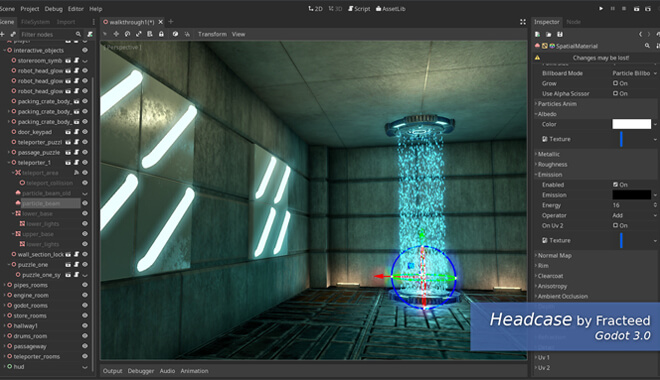 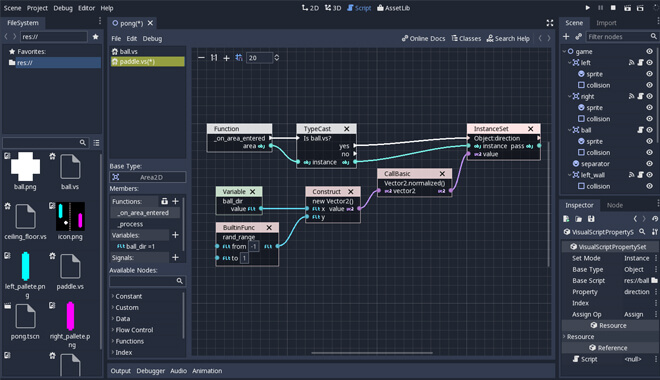 That’s a pretty big list of pros to cons! Not every experience is universal, however, so these may be switched up and different for every user. 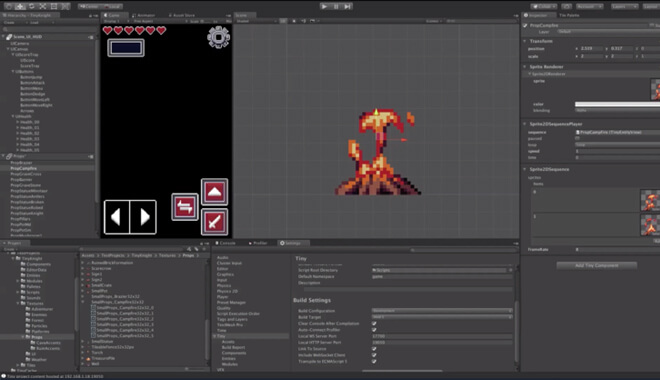 Unity or Godot: Which Do You Choose? 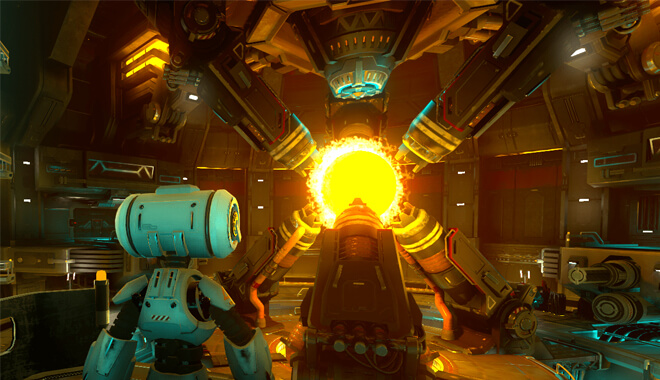 This is the big question, isn’t it? The important thing is that developers have no shortage of engines and assets to work within this creative space.

Unity is quickly becoming one of the best, most reliable game engines in use by developers today. I think that the access to the free version of Unity really gives it some power in the debate over Godot.

Although some services won’t be available in the free Unity package, I believe that you could easily work your way around that, finding no shortage of YouTube tutorials and communities online. I would recommend Unity to an intermediate game developer.

It would definitely be easier if you had some experience before using Unity, as the ease of access will in no way be as solid as Godot’s freeware.

Unity is the better engine in terms of the quality and complexity of the games. Godot is geared more towards beginning developers but is definitely on the rise and gaining more ground as a serious engine.

It will take some time, but I believe Godot could easily become a heavy hitter that game developers will flock to. If you are a more serious developer, Unity couldn’t be a better option for you.

Well gamer guys and gamer gals, that’s all there is to it. Unity versus Godot, although not exactly on the same level, can both provide different game developers with different, great aspects.

Whether you are a veteran developer, rubbing elbows with Zynga and Electronic Arts, or a guy in his basement dreaming of making the next big thing, Godot and Unity are some of the best options out there today.