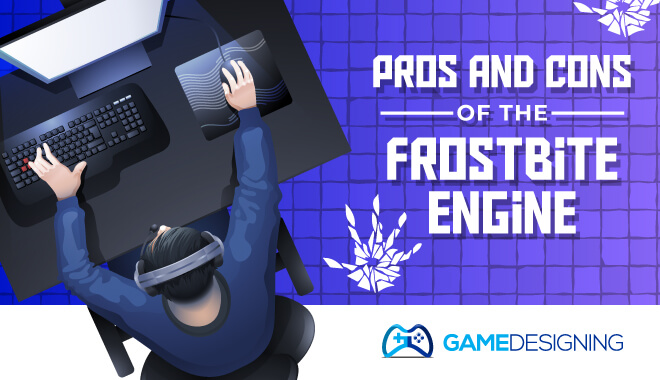 I have been waiting to do a review for an iconic game engine like FrostBite. What can I say that hasn’t already been said? Do you like blowing things up? I know you do. How about playing alongside your friends, team deathmatch style while the scenery crumbles around you as you head to the objective? This is just something I cooked up, but it is a reality with the FrostBite engine.

It was originally implemented in the Battlefield series of video games, namely Battlefield: Bad Company, released in 2008. I originally played this game when it released, expecting a Call of Duty clone.

This was the late 2000s: rap music had never been bigger, Obama had just been elected president, and every combat game was trying to steal Call of Duty’s ‘secret sauce’. What I discovered with Battlefield: Bad Company was something miraculous—an FPS team-based shooter where I was feeling like I was part of the action. Like REALLY part of the action.

Not just bullets whizzing by, but explosions every 10 seconds. This title accomplished this great blend of mayhem and realism primarily through the use of the FrostBite engine.

Environments were no longer solid: the house that you camped in to get a better shot on the opposing team could, at any moment, be blown to smithereens by a tank or a rocket launcher-wielding opponent with a grudge. This then puts the player into an ever-changing situation where they will have to constantly strategize to accomplish their goals.

Nowhere is safe; especially the building where the objective is housed. Never before had I seen such carnage in a video game. FrostBite made all of this infinitely replayable and somehow more real than Call of Duty’s environments

About the FrostBite Engine 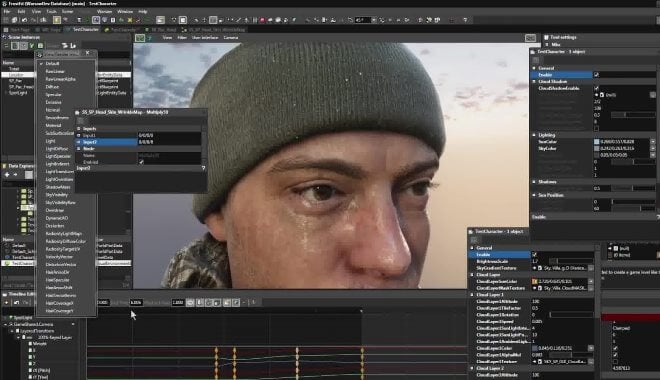 As I have said, FrostBite was released in 2008. It’s exclusive to Electronic Arts titles and deals mainly in FPS shooters. It was developed by EA DICE and FrostBite Labs. This engine can be found and played on a number of consoles: PlayStation 4, Xbox One, Windows, Xbox 360, and PlayStation 3. EA explains the origins:

“The first generation of Frostbite was designed and built in conjunction with the game Battlefield Bad Company. Based on DICE’s experience with the large-scale open world Battlefield series, Frostbite was an ambitious game engine that enabled large scale multiplayer interactions in dynamic destructible environments. Today Frostbite is the core piece of EA’s one-team strategy; through the sharing of technology between studios we are creating a shared language for EA developers.”

And it did just that. The emphasis on large scale multiplayer was the engine’s crowning achievement. Chaos, mayhem, strategy, and teamwork were all somehow coexisting in hundreds of thousands of online game sessions played out over the past 10 plus years.

As the years went on, and Battlefield sequels kept getting churned out, EA and DICE had to up the ante with FrostBite. They released FrostBite 2 in 2011 with Battlefield 3. They also implemented it in the first non-FPS game to use the engine, Need for Speed: The Run that same year. As of right now, games are being released using the FrostBite 3 iteration.

Classic staples of gaming like Battlefield 1, Battlefield V, the new Star Wars: Battlefront titles and the FIFA franchise all use FrostBite 3. The engine has evolved over the years and has moved well beyond just FPS games. They have even branched out into Plants vs. Zombies, Dragon Age: Inquisition, and Mass Effect: Andromeda.

I love the evolution that FrostBite goes through from the ‘Battlefield exclusive engine’ to different genres in gaming.

FrostBite isn’t only about blowing stuff up, though. It prides itself on realistic animation, fluid visuals, and in-depth, detailed game worlds. EA has fully adopted FrostBite as their go-to engine for their games. 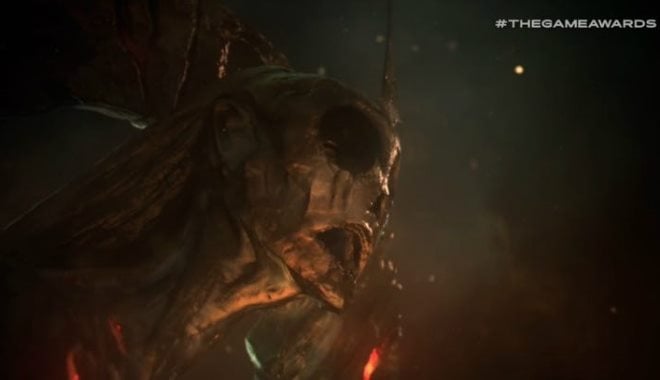 This is all revolutionary, no doubt. However, there seem to be some big gripes within the game development community about FrostBite and its compatibility within development titles. There was some backlash against the engine’s use in Dragon Age: Inquisition, as it was an RPG and the engine’s strengths really lie in the FPS market.

“BioWare first began using Frostbite for Dragon Age: Inquisition in 2011, which apparently caused a slew of issues for the experienced development team. Many of the features present in other game engines don’t exist in Frostbite: save-load systems and third-person cameras need to be built from scratch, which creates a lot of extra work for those using Frosbite. The same problems plagued Mass Effect: Andromeda, a game that was one of the worst-reviewed BioWare titles ever.”

Although marriage between BioWare and Frostbite seemed like a match made in heaven–imagine a great RPG battle scene where things were fluid and destruction was complete. However, this was no bed of roses. BioWare has stated that Frostbite is no favorite among game developers; not a good sign.

The employee stated that since all their coworkers didn’t develop the engine, there were aspects which remained elusive to them and caused them problems. It’d be like receiving a book that’s 50% in a different language. Sure, you can probably make the most of it, reading and then translating, but overall, there’s just something missing.

This is troubling to hear as such an admirer of games using FrostBite. The inability, or rather the lack of easy access to non-FPS is very troubling.

Okay, okay, okay, let’s get focus on the stuff that matters and get down to the nitty-gritty.

Overall, if you were to develop an FPS, FrostBite is a great asset to have. The animations and AI paths all are finely tuned to help the FPS game move smoothly.

However, this is a double-edged sword. As we have learned during the development of Dragon Age: Inquisition and subsequent use of FrostBite via BioWare, FrostBite is just not optimized enough for non-FPS games.

When playing Dragon Age: Inquisition, I noticed that the frame rate would dip a lot, and the graphics would be very unreliable. Maybe that was just my system, but if it’s a universal experience, it’s a huge problem.

This being said, FrostBite works very well on FPS’s, but just can’t be depended on when diversifying their genres. If you stick with FrostBite FPS games, you’ll be happy. But if BioWare’s unfortunate foray into FrostBite is any indication, stay far away if you’re developing an RPG.