You are here: Home / Engines / jMonkeyEngine: For Those Who Are Just Getting Started or Who Wants To Build Simpler Games 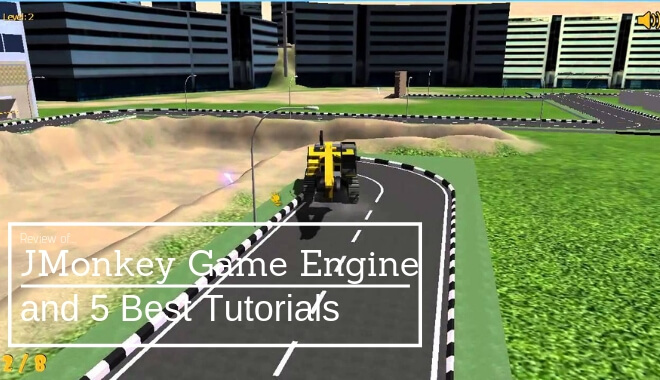 Imagine a beautiful, cube-based world in which you can build, destroy, create, and explore. Imagine this world bending to any whim you have. You can play how you like, creating your own story as you explore and build or destroy environments. Sound familiar? No, it isn’t Minecraft.

It’s Mythruna, a game developed back when Minecraft was really starting to take off. Unfortunately, the creator, Paul Speed, experienced a lot of Minecraft comparisons that he had to address it on his site, citing the main differences between the two titles.

He stressed the role-playing story element of his game. He actually received the idea for his game by playing Minecraft so much with his friends and wanting more out of Minecraft, story-wise.

How did Paul go about emulating the essence of the wildly popular Minecraft? To my surprise, he actually didn’t use the same toolkit as Notch used to create his title. Instead, he used jMonkey. 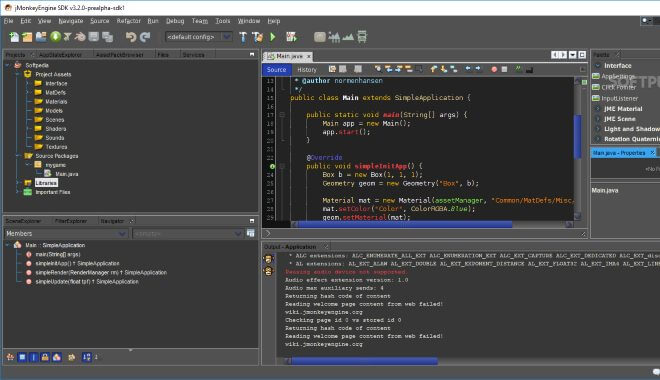 Paul used an engine called Jmonkey. Jmonkey was released in 2003 as a Java-based engine. It allows for use on desktops and Android devices.

jMonkey Engine is based on the NetBeans Platform and IDE that provides modules for users, therefore allowing plugins and mods to be used. The latest stable release of the engine was in 2018, which you can acquire from GitHub.

Paul was interviewed by the jMonkey team, and when asked what his process for choosing jMonkey and his thoughts, he said:

“I downloaded the platform — and I’ll say that I’m generally distrustful of IDEs (Integrated development environments). But it was a great way to get started and figure out what was going on. I was literally up and doing interesting things within an hour. By the end of that weekend, I’d prototyped my environment effects and my geometry generation from the block data. It was excellent.”

Paul’s endorsement is great, as it exhibits the ease of use for the aspiring game creator.

For those interested, I explored the Mythruna forums to get a better idea of Paul and found the forums surprisingly active. Unfortunately, when someone asked if the game was still under development, ‘sort of’ was the answer.

Mr. Speed then posted a lengthy explanation stating that his home life was hectic but said he would make as much progress as he could going forward. Updates to the game are scarce, but the community is still passionate.

I have found that the consensus regarding the ease of use for jMonkey was pretty unanimous, with people who didn’t use it just saying that they graduated to more complicated and advanced engines to further their games.

It is a lower-level game development tool, but if you are just getting started or want a simpler build to your game, this might be just the engine you are looking for. 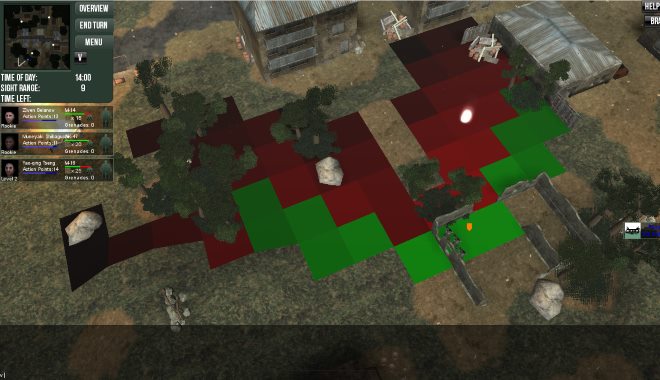 The jMonkey team themselves say that it helps to have programming knowledge when you initially come to jMonkey, but that it’s a great stepping stone for developers to get comfortable with game design. It took me by surprise how good some of the graphical qualities of the engine were when I looked it up.

Games you could make could easily be sold on Steam or any mobile device. Basically, any game you develop could look right at home in someone’s hand.

It has stunning post-process water and light scattering, bullet physics, normal as well as specular maps and reflection maps. Watching the showcase of games, I was floored by the similarities some of the engine’s features share with games we love.

I could easily see someone developing a crafting or survival game in the same vein as Rust. The possibilities are endless.

Another cool little game I discovered was the Hostile Sector. Hostile Sector is a team-based, turn-based tactical combat simulator. Think X-COM meets Wasteland 2 meets Ghost Recon. The game allowed for character customization, leveling up, skills, and all sorts of other goodies we love in games.

It stressed its online feature, where you would go head to head, challenging other players to heated matches of skill. You could even form clans and squads you’re your friends to dominate the server if you wanted to.

Unfortunately, the Hostile Sector shut down its server way back in 2014. That doesn’t mean that you can’t create its spiritual successor!

But the end of the Hostile Sector doesn’t mean that they aren’t killer games available that use the jMonkey Engine. Take a gander at this page to see the insane amount of possibilities you can do with the engine, as well as download some sweet games.

My favorite currently is the upcoming Skullstone, inspired by dungeon crawlers and RPGs. This might be one of my favorite engines in terms of games available. I refuse to believe that you couldn’t put some effort in and make the next big thing.

Games from Scratch is a great website for those wanting reviews, tutorials, and other great content. On the linked page, they actually go into great detail with jMonkey. They introduce the user to the interface, the basics of the engine, its prerequisites, and quickly move onto the next steps.

They also use screenshots of what their screen should look like during steps in the installation process as well as when you first start coding using the engine.

GFS exhaustively goes over great techniques you can use. Creating terrain especially jumped out at me.

This is a book written by Rickard Eden, a Swedish game developer concentrating on Java and Android titles. At 279 pages and $39.99 on Amazon, the jMonkeyEngine 3.0 Cookbook is a pretty solid tome of knowledge. The reviews are all pretty glowing, with users having the consensus that this is a great resource to have for game developers that are new on the scene.

The book contains ‘recipes’, no, not like THAT. Recipes for creating aspects of games, techniques that you can use in your own game development experience. If you want a condensed volume of helpful info on jMonkey that you would have to spend hours scouring the internet for, this is definitely your best bet.

Another book pertaining to jMonkey 3.0 alone, the Beginner’s Guide authored by Ruth Kusterer is a great start to your jMonkey 3.0 journey.

Ruth Kusterer introduces the reader to the jMonkey Engine and all it has to offer in a clear, concise, and hands-on manner.

The wiki is heavily detailed, offering multiple articles for both rookies of the engine as well as veteran users. The beginner articles deal with what you’d expect: intros, what you can do with it, etc. The intermediate articles start to delve deep into theory, math, and the best ways to utilize the entire power of jMonkey. For the experts out there, articles range from developing a game for the Android platform and how to craft great user interfaces.

Not only is all of this right there at your fingertips, but it also shows each line of code you need, (in the beginner section), for coding simple objects and scenes.

Now that we have some of the best tutorials out of the way, let’s summarize by looking at some pros and cons for jMonkey.


YouTube is a great paradise for procrastinators and hard workers alike. Sure, I like to watch ridiculous videos as much as the next person, but it’s also a great place to receive invaluable knowledge. One of these sources of knowledge, specifically for Java and jMonkeyEngine is Charles Anderson’s channel. In his video, ‘Java Tutorial Series using jMonkeyEngine – Hello World’, Charles introduces himself as a friendly, simple guy from Oklahoma.

I got to say, I love learning from this guy. He seems friendly and super helpful, providing his email address to those who view his videos who may need help. The video starts out at the very basics of the engine. I know for some, it’s very helpful to actually see what needs to be typed in the command bar rather than hear about it in some vague post on a blog.

jMonkey is definitely something game developers should be excited to work with. It serves as a great engine to download for free, (free!), experiment with the different tools of game creation, and churn out some great projects.

Just look back to the pros and cons list. Does the ‘con’ really seem like that daunting of a ‘con’? I didn’t think so. Check out any of the tutorials I listed, especially Ruth Kusterer’s jMonkeyEngine 3.0 Beginner’s Guide, and get developing already!

Could you make a Mythruna and Minecraft crafting game that Paul Speed dedicated so much time to? Why don’t you download it and continue Mr. Speed’s creative legacy?