The mid to late 1990s was a crazy and influential time for video gaming. Games like Wolfenstein 3D and DOOM had made waves in the community, and games that would alter the shape of gaming forever, like Grand Theft Auto, were soon to come out.

At this time, Ken Silverman, a rookie game programmer, started working on and tweaking what would become an integral part of video game history: the Build engine.

If you have ever played Duke Nukem 3D, you’ll remember the Build engine creating a semi-3D environment. This 2.5D factor changes a lot of things about game design, namely the perceptions of gamers.

The Room-Over-Room, and other ‘Illusions’

How do you give the player the feeling of inhabiting a 3D space without actually building one?

You need to harness some illusion magic. Okay, that sounds somewhat cooler than what you actually do. For the Build engine, developers used the ‘room-over-room’ technique of self-referencing sectors to simulate the appearance of rooms stacked on one another.

For example, in Duke Nukem 3D, the player comes up to a mirror in the first level. Instead of having the tech to make a real-time mirror reflection, the developers duplicated the room behind the ‘mirror,’ with a duplicate ‘player’ mimicking the player’s movements.

See what you need to do when you literally can’t build two rooms on top of one another?

While many of the Build engine games resemble games like DOOM or Wolfenstein 3D, the engine takes advantage of sectors with varying heights of ceilings and floors. When these varying heights are taken into account, the final product gives the distinct impression of playing in a three-dimensional world while not actually doing so.

Like pixels do in a 2D game, a voxel represents something in a 3D space. With the Build engine, voxels appear as different items.

For example, in Blood, ammo boxes and other objects appear as floating voxels. This gives further credence to the feel that you are playing in a fully-formed 3D world (even if you really aren’t!).

After leaving the Build engine behind after Duke Nukem 3D’s release, Ken Silverman actually dedicated a lot of his time and energy towards projects detailing heavily in voxel technology.

The Build Engine has some pretty famous games to its name. Let’s look at some of the heavy hitters, namely ‘the Big Four.’ 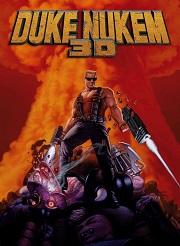 This is where most of the world got introduced to the bold and brash Duke Nukem. This game, in particular, made with the Build engine, has a special place in video game history. The popularity of first-person shooters only increased with the launch of this insane title. 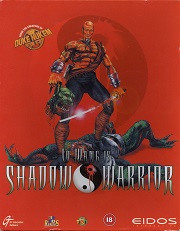 The same team that brought Duke Nukem to 3D a year prior pulled out all of the stops to get an over-the-top martial arts-inspired FPS.

Thanks to the talents of George Broussard, Jim Norwood, and Michael Wallin, Shadow Warrior was released. They aimed to make SHadow Warrior an even more funny, insane FPS game, and they succeeded.

Players take on the role of Lo Wang and use a vast arsenal of crazy weapons to destroy enemies, including the maniacal Master Zilla. 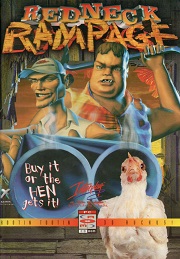 Redneck Rampage is the only other Build engine game Big Four to use the Duke Nukem 3D code directly.

In keeping with the sheer ridiculousness of Duke Nukem, Redneck Rampage has two hillbilly brothers, Leonard and Bubba, who go absolutely buck wild in the fictional town of Hickston, Arkansas, to save their prized pig.

Oh yeah, and to stop aliens from invading. We may have forgotten that part. At the time of its release, reviewers praised its ridiculous humor and creative design choices. 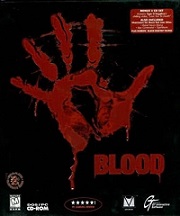 If you thought the creative insanity was over, you were wrong. The developers at Monolith Productions upped the ante on all of the previous Build engine games by introducing 20th-century gunslingers, the dark god Tchernobog, and other occult horrors.

It’s called Blood for an excellent reason: there’s a ton of it. Nearly everything you do in this game ends in a gory showdown, and it’s a ton of fun. Blending a ‘weird West’ genre motif, along with pop culture references, it’s a horror fan’s dream.

The Build engine had a direct part in shaping some of gaming’s most fun, insane moments. Whether it was Duke Nukem 3D’s crazy alien storyline or the horrors you encounter in Blood, the Build engine and its games hold an essential part in the hearts of gamers.

Overall, Ken Silverman’s contribution to video gaming through the Build engine can’t be undersold. In the year 2000, Ken Silverman released the source code to everyone. Think you can make a game in Build?