You are here: Home / Engines / AppGameKit: The Pros and Cons for New Developers 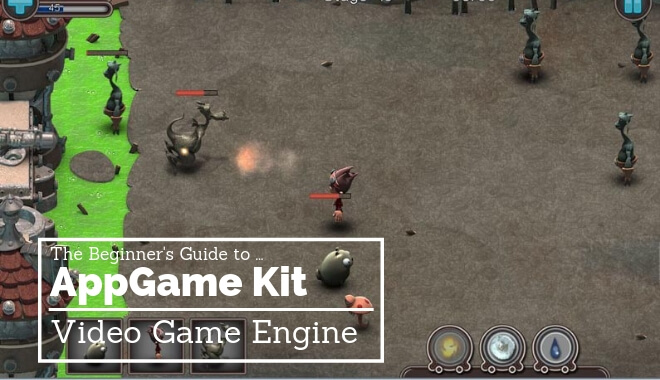 Mobile gaming is a phenomenon that is ever-growing. Gaming on the go was definitely a dream of mine. I was tired of playing my Sega Genesis in my room and being forced to leave it at home whenever we would go on a family trip. Of course, Gameboys helped remedy this problem.

But now we live in a world where we can access a multitude of games right from our fingertips in basically three steps. Gone are the days where I would wait.

I can’t tell you how many times I’ve beaten my own mother at Words with Friends, the exhilaration I felt when I’d beat my score in Temple Run, or any other great experience I’ve had with games. But now you’re not just sidelined to playing the games—you can now make them yourself.

That’s what AppGameKit—a simpler engine you can use to develop mobile apps—promises to the user.

The engine, provided by British company The Game Creators, promises:

Now anyone can quickly code and build apps for multiple platforms using AppGameKit’s Scripting system. With just a few commands you can have demos and games up and running on mobile devices.”

They offer to teach you simple coding to get you started on your app or game idea. They use a system called AGK Basic, where the creator can quickly develop and release their product on multiplatform devices.

3D, Augmented Reality, 2D Sprites, and even VR are all here, able to be included in your end result.

I perused the showcase of games that have used AppGameKit to develop, and I have to say I’m impressed. I originally thought that the games on display would be simpler, easy titles. Instead, you have games like Echoes III, an extremely stylish game in the Echoes series that promises ‘more eye-bleeding than before!’.

It reminds me of a lot of the wildly successful Geometry Wars: Retro Evolved, which I absolutely loved. I remember late summer nights on Xbox Live playing against friends for hours on end. If this engine can make anything like Geometry Wars, consider me extremely interested.

Additionally, they have an app for children called Doodle Draw, which is aimed at younger kids. It touts itself as being able to entertain children for hours with a slew of different colors for the kids to paint with. I love the diversity that this engine has the capability of showing, and already has made a name for itself doing so.

Perhaps the most significant piece I found on the engine is the review by Steam user rogy:

“Don’t take me wrong, I am a visual type of person and I thought that I will never get used to coding, without option to drag and drop things in the viewport.

I have to tell you that after using AppGameKit coding language (which is similar to Basic and easy to understand), nothing, I repeat, NOTHING gave me such a clear image of what is going on in my game. No matter how much absurd this sounds but typing my game line by line is giving me incredible picture in which direction I am moving and where I am making mistakes.”

How cool is that? Being an extremely visual learner myself, this is encouraging to me. When I look at lines of code it’s like Egyptian hieroglyphics, so hearing someone like this filled with so much hope about their passion is amazing.

Unfortunately for us broke gamers living on a ramen diet, AppGameKit costs some money. They do, however, offer a free trial version for curious potential users. 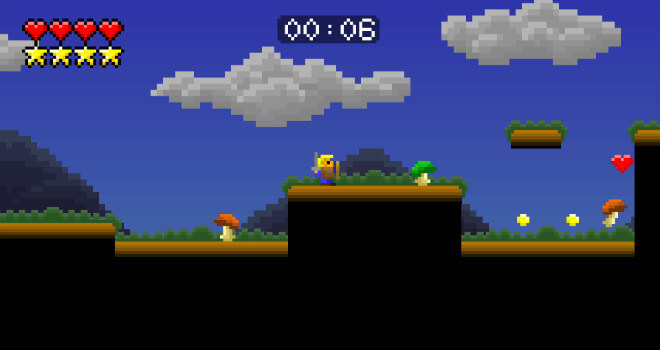 The buying options are as follows:

There are also guides that are for sale as well:

So yes, those prices are pretty steep for first-time developers, especially when engines like Godot can offer gaming goodness for free. Although a little pricey, overall, is AppGameKit worth it?

I believe there is no better source than the people who developed it. Along with it being marketed as easy to use, you can count on help from the developers. Just browsing the guides that The Game Creators offer to give me hope that anyone can truly learn this.

I consider myself pretty illiterate when it comes to code, and I feel like I could tackle the work-intensive…animated hot air balloon! But seriously, upon reviewing the site, I do feel like I could actually build something with this. Something simple, keep in mind, but something.

Starting the site’s tutorial for beginners, you’re introduced to the user interface of the program, ins, and outs, etc. They offer unparalleled access to their content and assistance, giving the user an experimental code to work with and everything. They also cater to more intermediate users and advanced users, allowing them to use their code to further perfect their advanced projects.

AppGameKit has a YouTube channel all its own. YouTube is my personal favorite way of using tutorials. I need to see what the user is doing. I can’t tell you how many times that I would be either trying to fix something or using a game walkthrough and the author would gloss over important details.

As I said before, I’m a visual learner, so AppGameKit taps into that little part of my brain in a great way. They are split into proper tutorials which last around 7-10 minutes, chock full of information on the specific topic within the program.

The quick tips videos, for the most part, are short tutorials that show the program being used. I think that the short length and the bite-sized bits make it more easily digestible as information. Along with these two categories, the channel hosts videos highlighting the different capabilities of AppGameKit.

They show users the water shader update, the very cool drum demo, and even a Galaga-like game called “1982”. Super-fast pixels colliding on a screen, made for free—what else could anyone in the world want?

Yes, you guessed it, more YouTube videos! What did you expect? RoomC10 is a user who walks you through the nuances of AppGameKit.

Although I had some trouble hearing him, he really dives deep into the engine and even hosts a bunch of other interesting walkthroughs of different game engines. A truly educated gamer who knows his stuff.

Something I have discovered over the years: you can always count on the community to help out. It applies here as well. A like-minded group of individuals all going through the difficulties of game development are all present and willing to help.

In this one forum post example, people started compiling code snippets to help each other out. I love the idea of the community feeding off of each other like that and helping one another, which brings me to the last tutorial.

Of course, we are all familiar with Steam and its great built-in discussions and community hubs. These community hubs are great for meaningful, (and sometimes not so meaningful), dialogues between gamers and users. I browsed the Steam discussions forum for AppGameKit and found it to be pretty active.

They have sticky threads regarding tutorials, active posts from developers themselves, and much more. I love the developer presence on Steam as well as their own site; it shows the dedication to their clientele and fanbase.

The Steam Community Hub also includes a few guides made by users. One such guide:

Getting Started With 3D In AGK2 – #1 by Patrick Griffiths, is especially helpful. Patrick goes into exhaustive detail about:

“A very light and simple introduction to 3D in AGK2. In this first part we will go over the basics of loading a 3d object in to the scene, apply a texture and rotate the model in front of the camera for viewing…”

He literally spells out all of the code so you can see and even use it. This is as close to a YouTube video tutorial as you can get, which is high praise from me.

By no means a perfect engine, and one that experiences some hiccups along the way, AppGameKit gets the job done. If you’re a small-time developer looking to make fast, addicting games, AppGameKit may be your cup of tea. However, if you’re looking for a game engine with more horsepower and graphical capability, AppGameKit might not be suited for you.

If you’re trying to make a cool little title like Doodle Draw, or the trippy Echoes, I believe that AppGameKit is a solid foundation on which you can build upon. Overall, it has been recommended that if you’re looking to focus on 2D, perhaps with a little bit of 3D, this is a great engine.