You are here: Home / Engines / Photon Engine For Multiplayer Games 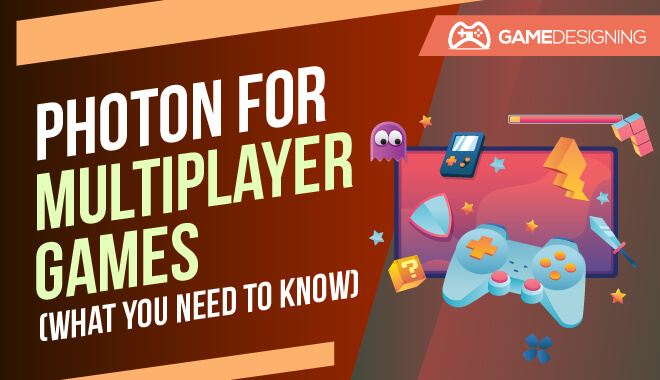 Let’s face it: one of, if not the most popular, method of gaming is through multiplayer. Whether it’s gunning down your buddies in a competitive deathmatch or working together, à la Left 4 Dead, multiplayer is the king of the hill.

That’s why learning to develop games with a multiplayer engine (especially one with multiplayer solutions) is a great idea. Meet the Photon engine.

The Photon engine is a game engine specializing in multiplayer game development. It’s a series of products, software, technology, and networking components that bring great speed, performance, and more to online play.

With a vast network often totaling over 20,000,000 online users, the Photon engine is fantastic for multiplayer game development. The Photon engine works exceptionally well with Unity, too, making the methods in which to develop games even broader.

There are some impressive products in Photon’s repertoire. Let’s see what Realtime and PUN have to offer users.

Realtime is a networking engine that functions primarily for fixing issues with low-latency games. It’s cross-platform, meaning that Realtime can work for games in the same vein as Fortnite, Rocket League, and Smite.

Realtime offers snippets of source code right on its site for curious users and is a compelling piece of software. Using a self-hosted server, the need for AppID is moot.

PUN stands for ‘Photon Unity Networking.’ It’s a way for players and game developers to integrate the Unity framework with Photon easily. Doing this helps create the components for fast server speeds, lag-free rooms, and a cohesive network.

In conjunction with Realtime, PUN is a fantastic and quick way to tweak servers, rooms, and other functions that allow games to run smoothly.

Before undertaking a project, let’s explore some components of online multiplayer in general.

How Does Multiplayer Work?

In general, it seems like multiplayer is a miracle of technology. And it kind of is. You have players from all over the world, interacting with one another in real-time. To do this, players interact via a server network.

For example, in Call of Duty, players have the option of gunning down opponents. Player A shoots a gun, the ‘message’ (or deadly bullets in this case) is received by Player B through the network server.

Multiplayer is a series of networks, players, matches, rooms, and other components that create a truly unique experience. Let’s see how to set up Photon to get started with Realtime, Pun, and other aspects and functions of the engine.

Before installation, you are going to want to see your access to different pricing plans. These pricing plans can run the gamut from a one-time fee of $95 for 60 months to 6 terabytes at $370 a month.

You can try the Photon engine’s free access plan before committing to a purchase. Namely, free access users have 20 CCU (60.0 GB) at their disposal. This is essentially how users can harness much of Photon’s cloud server for gaming development. Obviously, the more you spend, the more access a user has to quality 3D game development software.

The first step is to register and sign in with a free Photon Unity account. Then in the client, type this code:’PhotonNetwork. ConnectUsingSettings()’ to automatically connect.

Next, explore the various components and user settings that make up Photon Unity. This is where you connect with Photon Unity’s cloud, allowing you to play and develop games.

The server settings are where users configure the methods in which rooms, matches, and players connect. Users have the option of connecting to regional servers, AppId, and the game version.

Once you nail down the methods to your server, you’re on the home stretch.

There are some great resources available to you for further Photon software exploration and trials. We highly recommend the Photon engine YouTube channel for useful tutorials, helpful comments, and more.

Additionally, feel free to check out Photon engine’s informative site to learn more about the capabilities you will have at your disposal. What will you do with some of the gaming industry’s most impressive multiplayer software?

With aspects like Realtime, Pun, Bolt, and Quantum, the Photon engine has a lot of going for it. The potential of technology is excellent, and so are your chances of developing software that changes the face of the gaming industry.