You are here: Home / Engines / Make Games With The Award-Winning SpeedTree 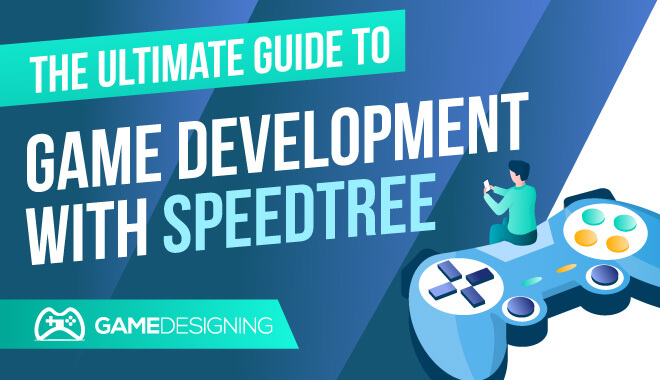 In 2016, I was addicted to the Witcher 3: Wild Hunt. I was engrossed in the story and needed to see what happened. At a pivotal story moment, a significant character is being held up against a brick wall in a garden. Tensions were running high, and I couldn’t wait to see what happened.

However, my concentration was broken. The trees and vegetation framing the scene looked dull, two dimensional, and lifeless. It immediately took me out of the experience.

I had never thought about how important it was to have magnificent trees and bushes in a game. They had always just been necessities, something that just took up space because you couldn’t explore a forest environment without them. So, where do we turn to for some excellent tree rendering?

Thanks to that pivotal Wild Hunt scene, I can’t have all of my entertainment experiences marred by subpar vegetation now. Luckily, there’s a fantastic engine that makes sure that the plants in games are lush, immersive, and, most importantly, lifelike. It’s called SpeedTree. 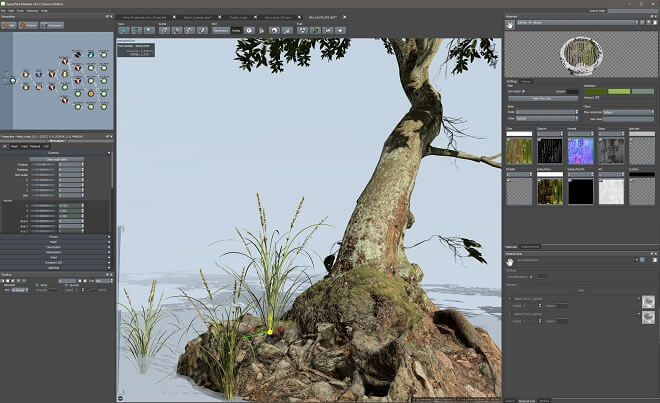 SpeedTree is vegetation modeling and programming software that specializes in providing games with generated foliage for video games, explicitly creating in real-time. It was developed by Interactive Data Visualization, Inc., and is available for multiple platforms:

The first iteration of SpeedTree, titled SpeedTreeMAX, was released in 2002, and the most recent release of SpeedTree was released in 2017. SpeedTree has had its hand in iconic projects like James Cameron’s Avatar, 2013’s The Great Gatsby, The Wolf of Wall Street, X-Men: Days of Future Past, and multiple films in the Marvel Extended Universe.

How much does SpeedTree cost? SpeedTree is based on a licensing fee of $19 per month, along with the purchase of certain assets from the website. Adding assets to your SpeedTree experience will undoubtedly add tools to your creative arsenal in which to build whichever forest or mood you’re trying to convey through your art. Here are some asset examples.

This Academy Award was presented to the founders of Interactive Data Visualizations, Michael Sechrest and Chris King, and Greg Croft.

“This software substantially improves an artist’s ability to create specifically designed trees and vegetation by combining a procedural building process with the flexibility of intuitive, direct manipulation of every detail.”

Although SpeedTree knocks it out of the park in terms of movie magic, they are also masters of game vegetation generation. Right off the bat, they let users know that they have intimate connections and compatibility with multiple gaming engines. These include Unreal 4, Unity, and more. Here are some features:

The performance of SpeedTree has been optimized for use with multiple engines across multiple gaming platforms on the market. This optimization is vital, as it determines how well the modeler performs across different engines and platforms. This is perfect for those exporting files to various programs.

How do I export from SpeedTree to Maya? It’s a three-step process.

You can mess around with all of the specifics once you load your project, but everything should be in working order after that.

This is key when setting an immersive scene in a game. Hue variation allows for groups or even individual leaves to be shaded in different colors. Often, you can set an important scene with the look and feel of your game’s vegetation.

If the player is walking through dark and dreary woods, they probably know what to expect. Although a simple feature, it may be the most effective way of setting the mood for the entire game.

As you’d probably expect, rolling wind effects emulate the way wind gusts act in nature. Vegetation will act accordingly with the way wind blows, down to the most minuscule blade of grass.

The popularity of SpeedTree has landed it in the arms of multiple famous video game companies like Activision, Bethesda, and BioWare. Here are some notable games in which SpeedTree played an integral role.

Like any good piece of sophisticated software, SpeedTree has a bunch of great resources and tutorials online. Here is where we’ll look at some.

Here’s a great little video coming to us courtesy of the devs of SpeedTree itself. It’s always a good thing when developers take time out and give in-depth tutorials like this one.

In it, we are treated to one of SpeedTree’s developers, showing us, you guessed it, how to build a tree from scratch. It’s a quick 5-minute long video, so it’s helpful, fast, and digestible. You won’t be spending an hour and a half watching a guy create trees.

SpeedTree 8.3: Modeling a Tree for Games

In this more recent video tutorial from the developers of SpeedTree, we are being instructed by a developer in the ways of modeling a tree specifically for game environments. As a game developer just starting out, this is an invaluable video if you’re coming across problems with how the vegetation looks.

When we play games, we don’t want to see flat, pixelated art. We want the illusion of trees being in the scene where it won’t break immersion.

Sonia Piasecki, an artist from the SpeedTree team, is at the helm in this 12-minute long video. She helpfully outlines, then executes what you need to do to model a tree for a game.