You are here: Home / Engines / Snowdrop Game Engine: What You Need To Know About Ubisoft’s Secret Weapon 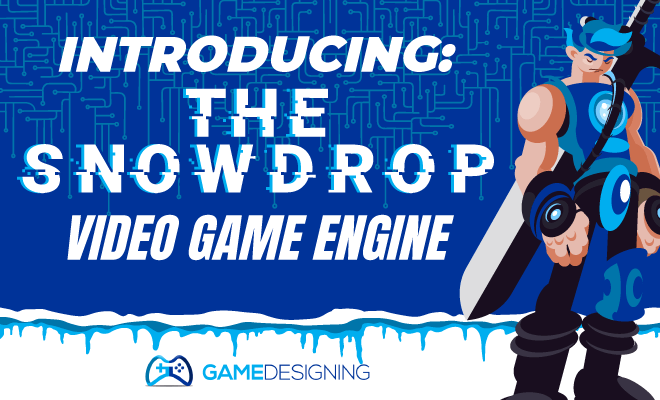 Snowdrop is an Engine by Ubisoft that’s just recently come into light, most notably in the two Division games. Unfortunately, we don’t have a lot of information about it, as Ubisoft wants to keep a lid on it, although we do have some information.

History of the Snowdrop Game Engine

Snowdrop was first ‘born’ when Ubisoft purchased Massive Entertainment in 2008. Its original intention and one that holds up to this day was to create a sort of universal engine that works with any game genre. This allowed Ubisoft to use the engine in a variety of games, although more on that later.

For the next 5 years, they worked on the engine in near-complete silence until 2013 where we began to get an inkling of its existence. Of course, we didn’t really get to see it until GDC 2014, where Ubisoft showcased Snowdrop in this video:

And then in 2016 we actually got to experience the game engine in Tom Clancy’s The Division. Of course, since then it’s had a few upgrades and usage in other games, most notably in The Division 2.

While we don’t know a ton about Snowdrop, we do have a general idea of its features: 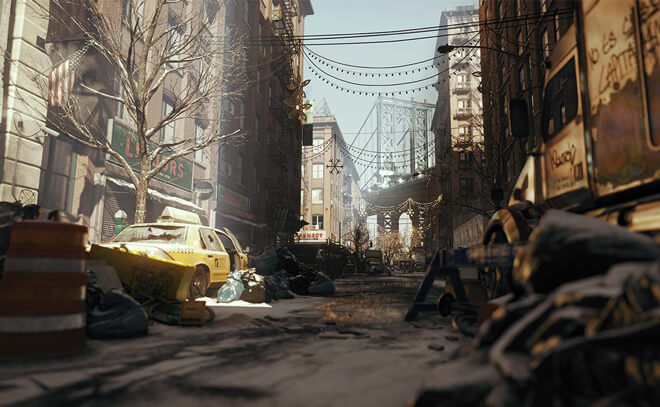 – Node-Based Scripting System: Arguably the core of Snowdrop, it allows developers to easily link all parts of the game dev process from rendering to AI and even UI. This allowed Ubisoft to have a quick iterative process for game dev, where they could prototype and test things without sinking a lot of resources on something they would potentially throw away.

If you would like to see this in action, the Youtube channel ‘AI and Games’ has a great video on it.

– Realistic Day and Night Change: As you know, skyboxes can be a bit of a pain to get right and by making this aspect of the engine important, it allows them to get a level of realism that isn’t readily seen in many other engines.

– Global Volumetric Lighting: A lot of a game’s graphical fidelity lives and dies on how good it’s lighting is, and Snowdrop manages to do this very well. The only other engine that really focuses on lighting and Raytracing like this is Cryengine.

– Procedural Destruction: While this wasn’t fully implemented in the engine we saw for The Division 1, by the time 2018 and The Division 2 rolled around, Massive had gotten a lot of object destruction in the game. While this isn’t the most important aspect of a game’s design, it certainly helps in adding a level of realism.

– ‘Advanced’ Particle System and Visual Effects: Particle effects are used a lot for ‘fuzzy’ animations such as fire, a gas of different types, and even water sometimes. Traditionally, particle systems are very resource demanding, especially as the complexity ramps up. By going out of their way to implement a good particle physics system, Massive allows devs to more easily create these visual effects.

– Dynamic Material Shader: Backing up their procedural systems, dynamic shaders help process and add more life to an object as its being triggered or used. It’s an important aspect of graphical fidelity and adding realism, so its inclusion as a main feature makes sense.

– Live Stat Tracking: If you’ve watched the video above on the enemies in The Division, you’ll see how Snowdrop allowed developers to see, in real-time, what the AI was doing. This system actually extends beyond just the AI and covers nearly all aspects of the game development process, such as the resource usage at any particular point in time.

As you can see, there was a real focus on making Snowdrop both graphically powerful and easy to develop using iterative processes.

If you’d like to see a pretty interesting tech demo of Snowdrop that covers some of these points, you should check out the Snowdrop Tech Showcase 2018.

What Does it Mean for the Game Dev Industry?

Well, unfortunately, it doesn’t mean much unless you’re working at or for Ubisoft. Snowdrop is a proprietary engine made for Ubisoft studios, and it doesn’t seem like they are planning to open it to the public any time soon.

Still, a powerful graphical engine that competes with things like EA’s Frostbite means more competition in that space, as well as for the publically available engines. This, in turn, will really push other engine developers to do better and add even more features. I could easily see Unity or Unreal start focusing more on procedural systems and iterative game development.

Of course, it also means better and more immersive games from Ubisoft studios. While The Division and The Division 2 are two of the more visible games using Snowdrop, there are actually quite a few games on Ubisoft’s roster that use it: 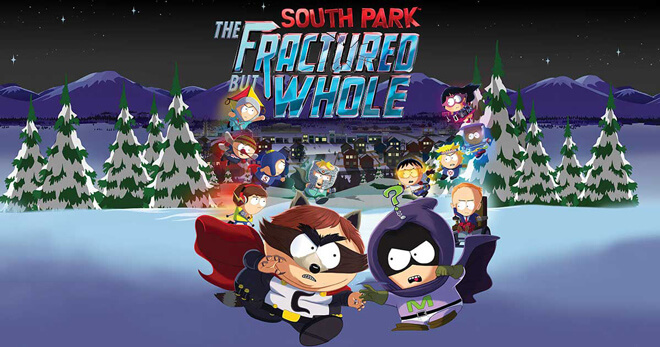 As you can probably tell, it has quite a bit of diversity and variety when it comes to what games it can support.

Final Thoughts on the Snowdrop Engine

The only thing left for us to really do is wait and hope that someday Ubisoft will make the engine public, although that doesn’t seem likely to happen. Still, we have a lot to look forward to when it comes to Snowdrop, and all the advances it’s made will almost certainly push the other game engines to do better.

And hey, if you want to work on the engine, they do have some job openings . . .