You are here: Home / Technology / The Ultimate Gaming Experience: How to Find A Robust Motherboard (Graphics and Speed) 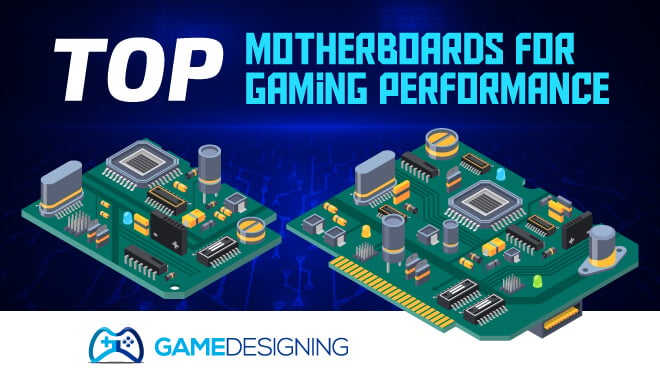 Years back, I had gotten Total War: Rome 2 on Steam. I am a huge fan of the Total War series and I was super psyched to play the latest iteration of the historical strategy games. It was done downloading, and I eagerly booted it up.

Everything seemed to be going smoothly: Company credits, Intel logo, then the main title coupled with a nice opening cinematic. I was ready to fight for the glory of Rome. However, when I started my game as the Julius Dynasty in Rome and entered my first battle, my heart broke.

I was hardly able to discern the graphics and characters on my screen. The game was unplayable.

This is just one of the many examples of a PC not being adequate enough to run more hardware intensive games. With new, cool games being released nearly every month, how are we to know what will work or not.

Sure, you could use the old mainstay, Can You Run It, which runs a diagnostic on your computer, letting you know if you can run the most up to date software. Other than that, how can you make sure you are up to date? I will tell you. Good motherboards.

An interesting example I think of when building PCs is that of Eddie Van Halen. For those of us under 30, he’s the lead guitarist for the eponymous band Van Halen. Starting out, he was somewhat of an inventor, creating his own iconic lead guitar out of different parts, dubbing his guitar the ‘FrankenStrat’.

Could you be computing’s Eddie Van Halen? Maybe with these different motherboards and different options, you could very well be on your way.

What is a Motherboard?

First of all, what exactly is a motherboard? No, it isn’t some weird new fad of mothers starting their own skateboarding company, it’s having to do with the very essence of the computer. Basically, you can’t work your PC without one.

It serves as the mainframe of the machine, holding many of the key components of the rig. Think of it as the ‘brain’ of the computer, holding the computer processing unit, memory, and a slew of other little gizmos and gadgets.

The motherboard is usually just a sheet—yes, all of this amazing stuff you’re able to do is because of a sheet. You’ve definitely seen them before; a green plastic sheet with little copper circles all over it with different miscellaneous items connecting to it via a group of wires.

Well, they’re not just copper circles—they’re called traces—and they connect many of the aspects of the motherboard together, making sure everything is connected and running smoothly.

Okay, so what does it do regarding performance?

Okay, but what about the price? Motherboards are based on quality, and unfortunately, could end up being the most significant money investment you ever do with your PC. But it is well worth it. The Micro-ATX seems to err on the cheaper side, as it’s a very standard and well-used model.

Quick Tips for Buying a Motherboard

Now that you know a little more about a motherboard, hopefully, you feel a little more confident is possibly shopping around for one. But what are some tips about going in and finding the best fit for you?

As always, it depends. You should keep in mind what PC you’re trying to modify or build.

Choosing The Right Motherboard for You

Price
I know, I know, you may not be in the market to shell out hundreds of bucks right now for the supreme motherboards for gaming. However, you can still choose the right one for you while not breaking the bank.

A lot of gaming motherboards run anywhere from $100 to $200 on average, so it isn’t terrible. And if you’re already building your own PC, you should definitely invest in its performance.

Style
Which of the three is best for you? Is it the large ATX, the smaller Micro, or the smaller still Mini? It all depends, of course.

Big gaming rigs can handle anything, so you would probably choose the ATX or Micro. Smaller PCs should be outfitted with either the Mini or Micro

PCIe
The express ports add so much potential to your PC that you would want an abundance of them. It diversifies your rig and allows you to mod it even further.

The ATX PCIe can handle the most PCIe’s, coming in at a whopping 7. The Micro-ATX comes in second with about 4, and the Mini comes in last at a measly 1 PCIe port.

Graphics Cards
If you’re a hardcore gamer, mixing and matching and adding and subtracting, you’ll definitely want to consider the graphical capability. On top of that, some of these motherboards can hold multiple graphics cards.

The more heavy-duty motherboards can handle this demand, specifically the ATX and Micro.

Aesthetics
Basically, what fits best with your ‘look’. Are you looking for a sleek machine? Chances are you’ll want to opt for the smaller motherboards. The mini and micro are more versatile in size and can be packed into your case with relative ease.

But if you’re going all in, you might be willing to slap on an ATX, gladly showing off your killer rig.

RAM
As I have said before, the different motherboards have different RAM capabilities. Again, it all depends on what you are using your PC for.

Emails? Internet? You would probably be fine choosing a smaller model with less RAM. Hardcore gaming night and day? Twitch streaming to all of your adoring fans? Maybe opt for the larger models that can take a punch.

Storage
If you’re like me, you want to compile everything I download and see onto my PC. Downloading games especially fills your storage faster than you can say ‘Steam Sale!’. On PCs like laptops for gaming, it’s easy to push it to the limit really quickly. So, if you’re in the market for a motherboard, choose one that has the most storage for the purpose it’s being used for.

If you keep buying games off of Steam, mod the living daylights out of your favorite games, etc., then I would go with the heavier motherboards that can handle all of the multimedia.

CPU Compatibility
This is fine, but at the end of the day, you need to check and see if all of the components are even compatible. This means that you have to choose a motherboard that works with your CPU. If you don’t, your building and buying could be seriously hampered by a pretty easy thing to check. Don’t fall for stupid mistakes like me!

GPU Compatibility
That’s ‘graphics processing compatibility’, for the uninitiated. This means the compatibility of the motherboard with your graphics cards. Much like being compatible with your CPU, you need to make sure everything is running smoothly and can work well with each other. For me, this is the most crucial.

I need to run Rome 2 Total War! I need to defeat the barbarians of Europe and bring glory to Rome! Okay, sorry, I lost myself there. It won’t happen again. But seriously, do you want to click ‘extreme quality’ on your favorite games? Then this is the one you have to be cognizant about.

(This post contains affiliate links to Amazon products. We may receive a commission for purchases made through these links.)

Some of the Top Motherboards 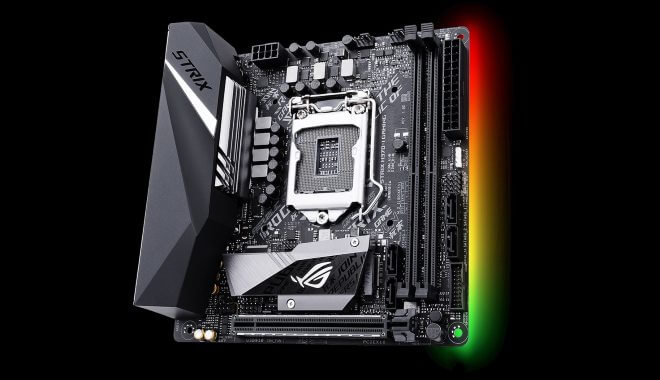 Don’t sleep on ASUS PCs. I almost did and would have missed their sweet gaming capabilities. This model, specially made for heavy gaming, is truly impressive. It has a boatload of features that are stunning. Namely, it’s state of the art, up to date and compatible with Intel 8, and a killer aesthetic.

It has amazing cooling controls, ensuring your PC won’t overheat and leave you in the lurch. Its storage capabilities include dual PCIe 3.0 x4 M.2 slots, (the PCIe’s are super important!). It also has speeds upwards of a truly insane 32gps 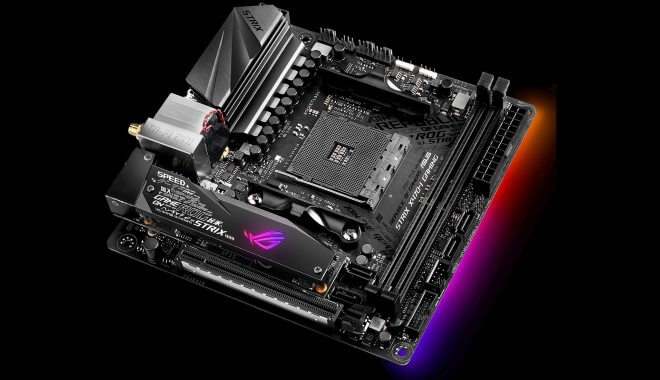 Think of this model as a somewhat smaller version of the H370-I. That doesn’t diminish its sheer power though. I think this model hits the sweet spot between hardcore gamers and more casual gamers.

Casual gamers can utilize the insane graphical power and processing power to take their games up a notch they never thought possible, and hardcore gamers can keep trucking in their games. Again, the ASUS models are seriously cool looking, with an emphasis on aesthetic quality as well as a plethora of features that’ll make your head spin. 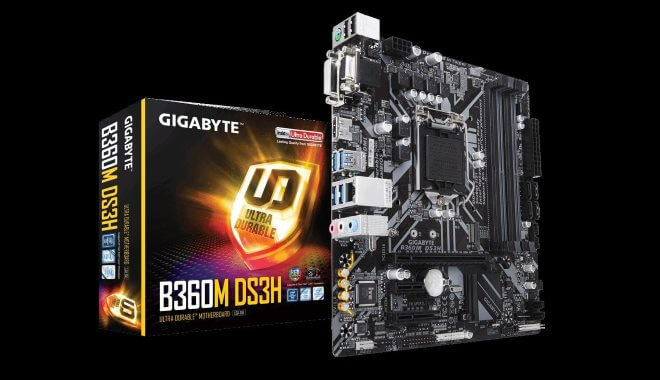 Again, I’m floored by the innovative nature of these companies. The ‘Gig’ is an impressive model. It’s super durable, looks sleek, and has excellent performance.

It has its own licensed LAN, and a great power-saving mode, something that I relate with on a personal level. How many times I’ve been gaming and my PC lost power, I’ll never know. 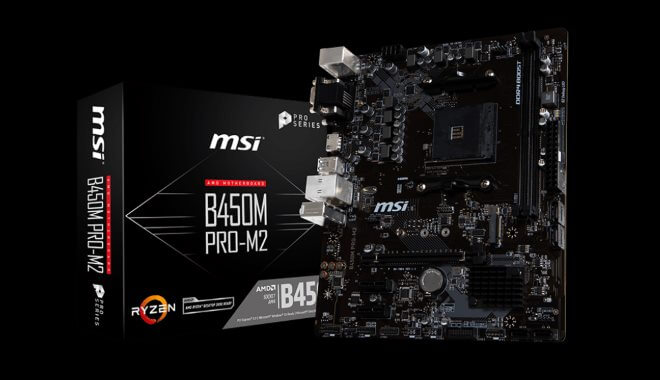 This immediately drew me in with the tagline ‘MAKING YOUR LIFE EASIER IS OUR BUSINESS’. Now that’s something I can get behind. This series of rigs is another killer. I’m constantly amazed by the state-of-the-art features these rigs have. It includes a feature called X-Boost. It’s software that allows you to boost the performance of USBs.

It also includes something called Core Boost. It supports more cores for a better power boost. 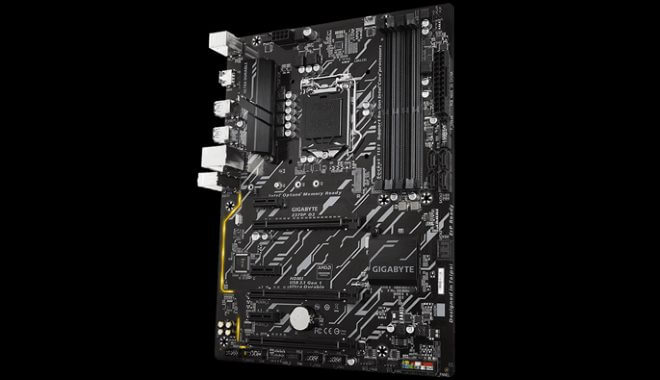 This is another slam dunk from Gigabyte. It’s ultra-durable and is renowned for its audio quality and boosts. It also has a great fan to keep your motherboard safe, which is something that is key. It also prides itself on its multiple graphical capabilities.

Gigabyte does it again with the AORUS. Don’t let the flashing, pretty lights fool you; this gaming rig will put you a cut above the rest. Just a few of the features are the support of the most recent Intel processors, Intel Optane memory, and 2-way Crossfire multi-graphics support.

Whew, okay guys, now you know a little more about motherboards. You can see how vital they are for just computers in general, but they’re of paramount importance when it comes to gaming. Whether you’re a casual gamer, a hardcore gamer, laptop user, or desktop user, there are many options.

The options are endless, each varying in price, size, and graphical quality.

There’s really no excuse not to install a killer motherboard when building your own PC. Build the best PC you can with the info given, and become the Eddie Van Halen of PC building.
I hope this little piece helped you figure out which motherboard was right for you and your needs, and now if you’ll excuse me, I have to go fight for the glory of Rome.