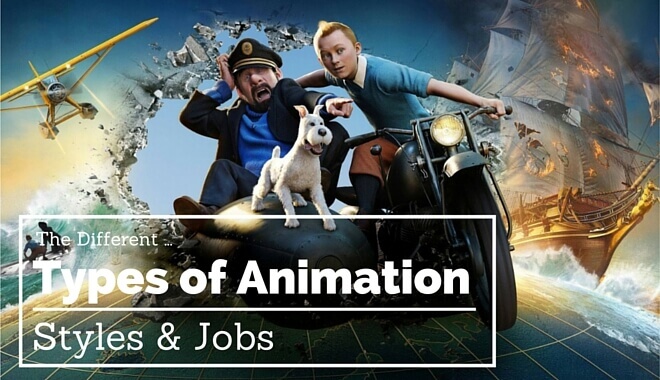 When it comes to jobs that require a combination of skill, boundless creativity, and passion, few can compare to animation.

Animators are the ones who bring ideas to life so that others may enjoy stories and characters not possible in real life.

Animation has been around for a while now and many new types of techniques have been introduced, which means animation studios and companies all over the world are looking for talented individuals who have what it takes to master them.

Below you’ll find information on the two main types of animation techniques as well as a few less relevant methods.

Whether you end up making digital 2D animations for movies and TV shows or environments for games, we hope this helps guide you down the animation path that’s perfect for you. 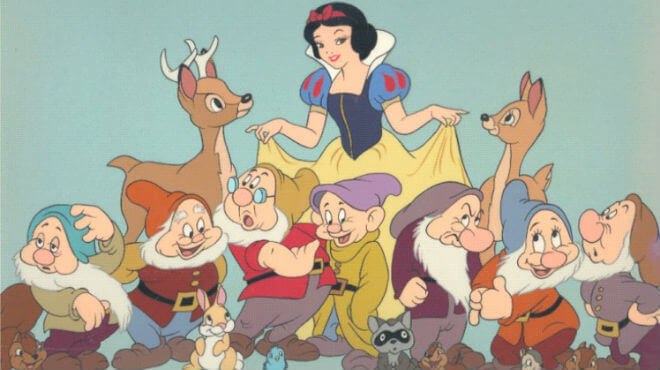 What is 2D Animation?

2D animation is when scenes and characters are animated in a 2D space instead of a 3D environment.

Today, artists use computer software to create everything in a 2D animation, including environments, characters, visual effects, and more.

For most of the 20th century, animation was done by taking photographs of drawings on paper and then placing them on transparent acetate sheets called cels.

This process was abandoned with the introducing of computers, which allows artists to create digital animations and then use techniques to manipulate the image. Compared to drawing multiple images, using computers is far less time-consuming and effective.

Although drawing skills are still required to be a 2D animator today, most of the work is done with the use of computer software.

These programs often have a huge toolbox of features that help the artists manipulate the animation in a number of ways, including making it look smoother by fine-tuning important elements such as timing.

Other advantages of 2D animation over the traditional way include being able to save and load work. Being able to do so proves very handy if something didn’t work and you need to revert back to an earlier version of the animation.

Being skilled in a particular 2D animation program also allows you to make good use of a vast library of visual effects.

Of course, every 2D animation software comes with its own learning curves, which only get steeper the better the program is.

Knowing what each tool does and how to use it effectively is essential if you want to be a good 2D animator that isn’t limited to a few techniques.

Where is 2D animation used?

Everything from cartoon series and Japanese anime to video games and full feature films are done in 2D. The fact that 2D animation is flexible enough to be done on a wide range of platforms it what makes it such a popular form for anything from entertainment and multimedia to broadcast video.

Television is where 2D animation is still used the most.

The number of shows that have been made with 2D animation is near-endless, with some of the more well-known ones being The Simpsons, SpongeBob Squarepants, South Park, and Avatar: The Last Airbender.

Anime, a style of Japanese animation inspired by their manga comics, also makes use of 2D animation.

Some of the biggest anime hits are:

Plenty of influential and critically-acclaimed films have also used 2D animation, including The Lion King, Snow White and the Seven Dwarves, and The Iron Giant. Disney has always been at the top when it comes to companies that produce well-received animated feature films.

Another notable company is Studio Ghibli, a Japanese film studio who has produced classics like:

2D animation was also once the dominant art form for most of video game’s history. Beloved titles like Super Mario Bros, Mega Man, Super Metroid, and The Legend of Zelda all employ 2D visuals.

Despite 3D being the most popular style for games, indie developers are making 2D games popular again with hit titles like Shovel Knight, Braid, Limbo, and more.

While some companies are more than willing to hire you if they see that you have a talent for 2D animation, most are only looking for artists with college degrees.

This is because someone who went through a two or four-year program in animation, computer graphics, or other related field usually has knowledge of the programs they’ll be expected to use.

Animation college graduates also normally have a portfolio to showcase their technical and artistic skills to the places they apply to.

So if you’re an aspiring 2D animator, it is possible to break into any industry by learning software programs yourself and refining your skills.

However, your path will likely involve some kind of college or university program if you want the best chance of getting hired at a company that does 2D animation.

These can include game developers, animated film studios, television companies, and most other multimedia fields. 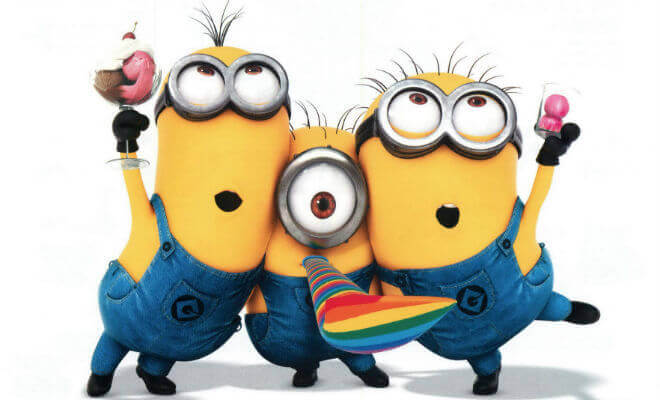 3D animation is the manipulation of three dimensional objects and virtual environments with the use of a computer program.

This form, which is also called computer-generated imagery (CGI), is a fairly recent technique that only came into use during the 1990s.

Before that, the closest thing to 3D animation was stop-motion and Claymation, which involved using real-life objects and taking pictures to give the illusion of motion. Now it is arguably the most popular form of animation and is used in anything from TV shows, video games, and feature films.

A computer and 3D software program is required to create 3D animations, which usually comes with a ton of features that let you do anything from modeling and simulation to rendering.

The reason 3D animation has become popular is because it can be used to create realistic objects and scenes.

Live-action films like Transformers, Avatar, and The Avengers would not be as impressive if you removed all the 3D elements, which often include entire characters and settings. 3D has also become the standard visual style for video games because it lets players do much more than a 2D game.

But like other forms of animation, 3D has its own learning curve that involves gaining a firm understanding of 3D software programs.

These programs also tend to be pretty expensive, which means they can be hard to learn as a student who doesn’t have a few hundred bucks to spend on one.

Where is 3D animation used?

Today, 3D animation is used in more industries than ever before.

Without 3D animation, beloved movies like Toy Story, Frozen, How To Train Your Dragon, and Big Hero 6 would not have been possible.

When it comes to games, 3D animation is everywhere.

Some of today’s most successful titles are in 3D, including Super Mario 3D World, Bloodborne, Halo, Call of Duty, and many more.

Just like with 2D animation, most places will want to see a bachelor’s degree in a related field. This is because 3D animation is a very technical specialty that requires a solid understanding of different programs and how to use them effectively.

Since studios that make 3D games and movies are demanding, fast-paced environments, they want to hire people who have already mastered the 3D software programs they use for their projects.

That is why a self-taught 3D animator isn’t as likely to get hired as someone who went through an animation program at a college or university.

We’re not saying it’s impossible to get a job by teaching yourself how to animate in 3D, but the average company has more confidence hiring someone who can prove they’ve spent a number of years learning how to be a 3D animator and receiving instruction from trained professionals.

The following is a list of other animation techniques that are still used today but are not as relevant.

In other words, there aren’t very many positions out in the world for a claymation animator.

This technique involves setting an object or character in a specific pose against a background and taking a picture.

The involved elements are then slightly modified before taking another frame. This is similar to traditional 2D animation in that having various frames gives the impression of movement.

Clay animation is a form of stop-motion that is popular enough to be seen as its own technique. This involves the same process but clay (plasticine) is used for almost all the characters, objects, and backdrops.

Tim Burton has popularized this technique by using it in a number of his films, including Beetlejuice, The Nightmare Before Christmas, Corpse Bride, and James and the Giant Peach. 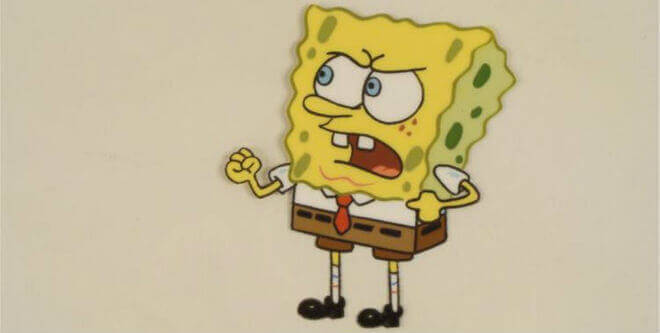 This was the traditional method used to create 2D animations before the introduction of computers.

Cel animation involves drawing various images that are slightly different and then tracing them onto transparent sheets called a cel.

This method is mostly obsolete since it is far more time-consuming and costly to produce. 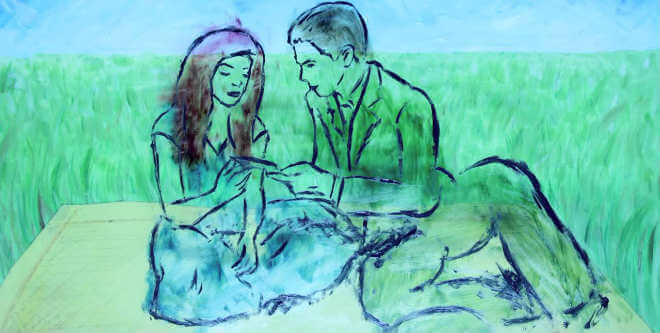 This rare but attractive technique requires the manipulation of slow-drying oil paints on sheets of glass to create the illusion of motion.

Even though it is uncommon and difficult to do, paint-on-glass animation is usually well-received.

A Russian animator by the name of Aleksandr Petrov has used this technique to create seven films, and all of them been award winners.