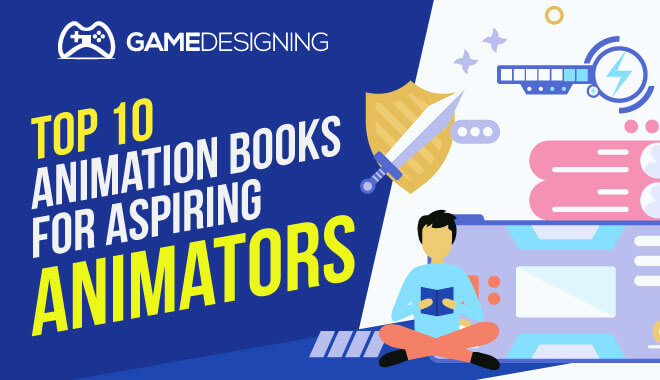 Ever since watching Spirited Away in 2001 by Studio Ghibli, I was enchanted by animation. And I’m sure I’m not the only one.

You may ask yourself, how do I begin to even match that style or any style of animation? You love and admire animators and the art of animation, but you’re not sure where to start your journey into the art world.

From amateur drawings to super detailed landscapes, these books have it all. From the masters to your eyes, the tricks of the trade are yours if you pick up these top 10 best animation books to help you along in your creative journey into animation.

Selection for the books listed:

Our Top 10 Books for New Animators 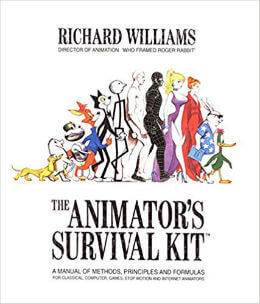 Award-winning animator Richard Williams is here to show you how to make it in animation. Williams is world-famous for helping with the iconic Who Framed Roger Rabbit. And other well-known projects like the Pink Panther animations, and the long, troubled The Thief and the Cobbler, which he directed.

Who could be a better guide than Richard Williams? The book, released in 2001, is considered a must-have for any aspiring animators, as Williams divulges tips, tricks, and techniques that he himself has used and uses to this day. This book is invaluable and paves the way for future animators.

Who knows, maybe you could make the next big sensation on par with Roger Rabbit. You really couldn’t find a better animation book or one from such a decorated artist like Williams. 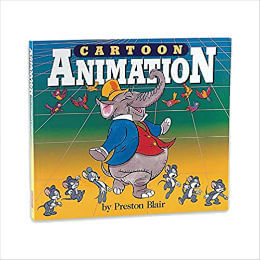 Published in 1994, this guide by Preston Blair is an old, but an extremely valuable resource for aspiring animators. Next to Animators Survival Kit, this may be the best animation book.
Preston Blair worked at Disney and MGM, animating famous scenes in Fantasia, specifically the Sorcerer’s Apprentice and the Dance of the Hours, Bambi, and Pinocchio.

He worked during the Golden Age of animation, considered to be from the 1930s to the 1970s. These pivotal decades brought us some of our favorite classics, some of which have animation by Blair. In the book, Blair shares his signature way of animating cartoons.

You can pick up techniques from the expert that brought you Droopy Dog and the Flintstones. Blair died a year after the book was published, and I’m glad he let his tips be known before he was gone. 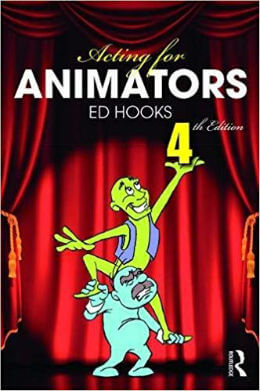 Published in 2017, this animation book by Ed Hooks is the how-to guide to not only animating but integrating an integral role that emotion and intention both have on the animation process, culminating in your finished product.

I love the emphasis on the ‘little things’, like facial expression and small nuances in a character’s movement that really give the character a life of its own, rather than leave it flat. This is the fourth incarnation of Hooks’s Acting for Animators series. He’s an accomplished author, and acting teacher, even teaching a masterclass on this very subject.

The Illusion of Life: Disney Animation 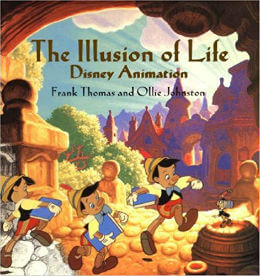 Strap in, because you’re about to be educated by the masters. Frank Thomas and Ollie Johnston were considered two of Disney’s ‘Nine Old Men’, the original core of Disney animators who created some of the most beloved Disney characters and films. Thomas and Johnston animated films like Snow White and the Seven Dwarfs, Bambi, and Pinocchio.

Both men published this book back in 1981, the same year they worked on The Fox and the Hound. In this animation book, Thomas and Johnston show you the ways in which they made Walt Disney Studios not only a powerhouse in animation but the gold standard when it comes to the subject.

A great part of this book is the way they go about showing; they make it easily accessible and not convoluted or by using jargon. They created the 12 rules of animation which emphasized characters being realistic as well as retaining their essence as animations. 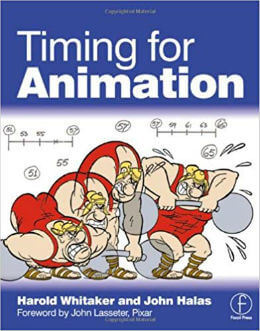 Published in 1981, the same year as Illusion of Life by Frank Thomas and Ollie Johnston, Timing for Animation instructs the animator is key ways on how to properly frame your animations. As the title states, timing is important. Giving your animation enough space, utilizing the length of a drawing, ‘stretch and squash’, and other amazing techniques.

John Halas and Harold Whitaker were both iconic animators. John Halas and his wife Joy Batchelor started an animation company in Great Britain as ‘Halas and Bachelor’ in which they produced many animated films.

They worked on films like the adaptation to George Orwell’s Animal Farm in 1954, (which was the first animated feature film in England), and Harold Whitaker worked on the bizarre musical Heavy Metal in 1981. Another part of the book is just the simple, no-nonsense tone of it.

Want to learn the subtle nuances of animation? This couldn’t be a better pick for an animation book. 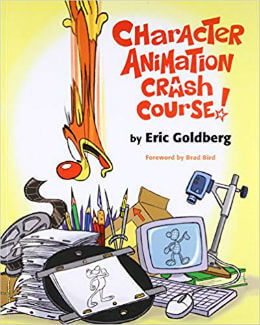 Eric Goldberg released this book in 2008. You may recognize his work: films like The Princess and the Frog, Wreck-It Ralph, and Hercules all bear his signature animation styles. My personal favorite Disney movie is Aladdin, so I owe Eric Goldberg a big thank, as he was the genius behind the Genie’s animation.

Once I learned about his history, I knew this was an animation textbook I had to look out for. Much like the Genie from Aladdin, the book focuses on strong character personalities, and how to make characters ‘pop’ off of the page. How do you make your character likable and relatable to audiences?

Eric Goldberg, with his patented style, will show you exactly how the masterworks. Eric Goldberg’s tone in the book is witty, fun, and light-hearted, leading to an easy read, and even easier time picking up valuable animation techniques.

Frames of Anime: Culture and Image-Building 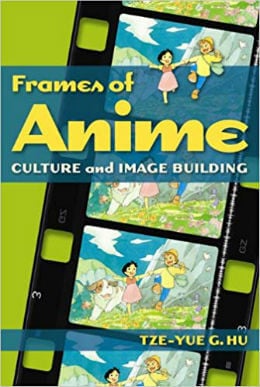 Anime fanatic maybe not exactly interested in Disney or Western animation? I’ve got the book for you. It’s a 2010 book on the deep inner workings of Eastern culture and its relationship with anime. It’s more of a deep history rather than a guidebook.

However, I believe that a strong historical background is absolutely key to begin understanding what you’re going to be drawing. Knowing the storied past of anime will definitely give you a leg-up when actually drawing your animations, as you add the gravity of decades of animation history behind each pencil stroke.

You could easily finish this book in a single sitting, it’s an easy read where you’ll educate yourself not only in the styles you know and love but with a deeper, philosophical view on art as we know it. 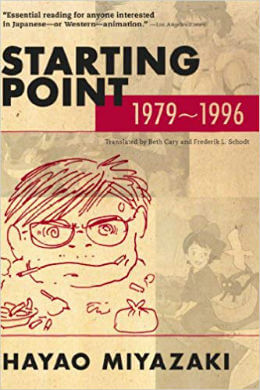 Written by my personal favorite Eastern animation masters, Hayao Miyazaki has written this 2014 semi-memoir to outline his early career.

This animation textbook has many interviews, including sections on his childhood. Through these, it’s easy to see his influences which brought about early classics like Nausicaä of the Valley of the Wind and My Neighbor Totoro. Like many of us, Miyazaki started out as a simple animator with a dream and ambitions.

He shares with us his story, his rise from the lowly ranks of a simple animator to the global legend we now associate with an animated film. The special thing about Miyazaki’s vision is his fixation on childhood and glorifying your dreams, and it really shows in this book and in his animation as a whole.

Talking Animals and Other People 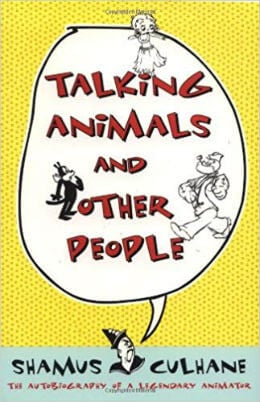 An amusing look into the life of the animator of characters like Woody Woodpecker, Popeye, and Pluto, Talking Animals and Other People was released in 1998 by Shamus Culhane. He is perhaps best known for crafting the iconic ‘Heigh-Ho’ sequence of Snow White and the Seven Dwarfs, which took him and his crew six months to complete.

That hard work was well worth it, and in his writing, Culhane applies that same hard work to his life. Culhane started his animation career as more or less an intern to the president of his own company.

This book is much like Miyazaki’s memoir—it tells Culhane’s story as well as informs the reader on the storied history of animation, from the roots of it to modern-day. He talks about the fascinating inner politics of creative studios that’ll keep you turning pages.

This book is a must-read for any fans of animation, brimming with great illustrations and photographs.

The Making of Fantastic Mr. Fox 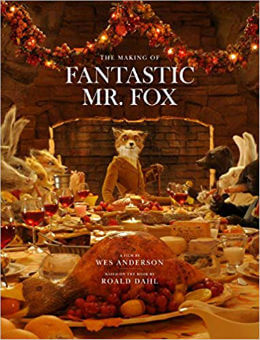 I love the films of Wes Anderson, and especially the Fantastic Mr. Fox. Unlike his other films, Fantastic Mr. Fox has beautiful animation and a lovely, endearing style that keeps you glued to the screen. In this 2009 book, Wes Anderson shows a behind-the-scenes look at his adaptation of Roald Dahl’s 1970 book of the same name.

The unique animation style spoke to my creative nature; it wasn’t like any other stop-motion animation I had ever seen. Some people would perhaps not like to see ‘behind the curtain’ of stop motion animation, however, someone like me, (and most likely you as well), can’t resist knowing the techniques the studio used to perfect the movements of these humanoid animals.

It blends seamlessly together to bring such a memorable experience that you wish you yourself could do.

Take a Peek Behind the Scenes…

These animation books, all authored by experts, show aspiring animators not only valuable techniques but the mindset of the masters. Miyazaki, Culhane, and some of the ‘Nine Old Men’ of the original Disney animation team all shed light on movie magic, and what happens when you let those creative impulses out into the world.

Studying and perusing the best animation books I could find educated me on such a fun subject. Veteran and newcomer animators alike will be delighted by these animation books, learning new information to better your animation skills whether large or small.

I know that if you’re questioning whether you should start your dream of animating, reading these animation books will spur you on to finally pick up the pen and make your dreams a reality.