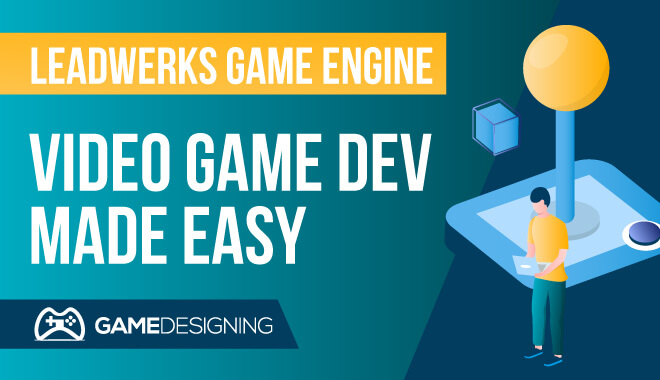 Ever been browsing the insanely extensive game catalog on Steam, only to find nothing to your liking? Even if there are great sales on Steam, there’s no guarantee you’ll find what you’re looking for; that game that just’ clicks.’

If you ever find yourself in this position, there’s an aspect on Steam that you probably haven’t used. You can download a game development engine right onto the Steam client.

I was so concentrated on game-playing that I totally overlooked all of the various cool pieces of software available on the platform. This section is where a little engine called Leadwerks comes into play.

If you have been inside learning code, C++, and Lua, you already know they’re all useful in their own ways and especially when it comes to game development.

If you are looking for a game engine that combines these programming languages, along with a strong emphasis on those beginning their game development journeys, Leadwerks could easily be your answer.

Leadwerks game engine is a cross-platform game development engine that is great for beginners. In fact, it stresses the ease of access and use of the engine for newer programmers. The engine utilizes C++, Objective-C, and Lua as its programming languages, with a particular emphasis on Lua and LuaJT.

Leadwerks is so far only for Windows and Linux operating systems.

While it’s recommended that you know some basic programming, Leadwerks prides itself on being able to crank out some games without a knowledge of programming at all. Granted, you’ll need to show off your programming skills for developing more in-depth projects, but the possibility to just mess around and create smaller projects is an excellent practice for beginning game developers.

Related: GML: What Every Beginner Needs to Know

It has a proprietary license, so Steam users will have to dole out around $99 for using it entirely. While this may be steeper than other, smaller engines, there is no royalty fee to pay once you actually develop your game.

Along with this, you can download further aspects to the engine, increasing your assets and programming capabilities, really fleshing out the entire experience.

Leadwerks has been on the dame development scene since 2006, dropping its first stable version in early March of that year. It was formally released for easy downloading onto the Steam client on Jan 6, 2014, and maintains a ‘mostly positive’ review aggregate with 271 reviews. It won the Community Choice Award in 2014.

Over the steady stream of version releases since 2006, Leadwerks has been ahead of the curve on many aspects of game designs. Tools like shadow mapping, deferred renderers, and forward rendering have kept Leadwerks at the head of the pack.

As in the past, Leadwerks is on top of significant developing trends and has a lot of features that are perfect for beginners. In their latest release from 2019, they have:

Using an excellent user interface, the game developer can harness multiple ways of controlling light. Make your game shine, (or not), with state of the art volumetric effects and 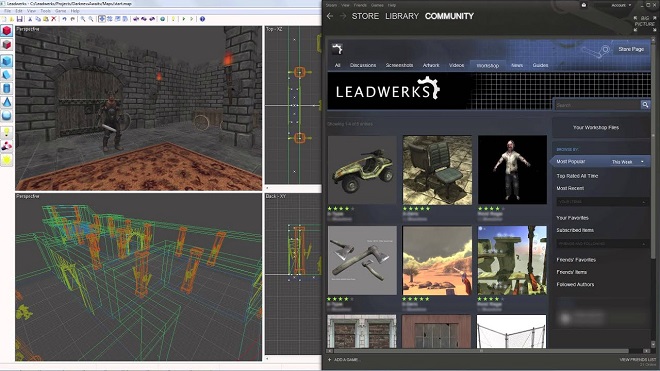 Now that you know what to expect from Leadwerks, let’s go through some simple beginning steps to get you on your way.

There is a free demo (the Indie Edition Demo) of Leadwerks right on the Steam client, so you don’t have to take a costly plunge into using a game engine in which you don’t know if you’ll click with.

However, since it has reputed ease of use, I can guarantee you’ll get something out of it. This demo gives you a feel for what is possible in the engine.

What would a reliable game development engine be without some substantial tutorials?

Leadwerks tutorials can be found in multiple locations. Personally, I recommend YouTube walkthroughs for the best possible visualization. You get to see the user interface in action, and get a better feel for how the workflow could look when developing a game.

Of course, going on the actual parent site can give you some documentation to get you around the small learning curve needed to achieve game development greatness.

Here are some choice tutorials for Leadworks:

This comes right from the official Leadwerks site. The Leadwerks team has put together a comprehensive and rather exhaustive list of different tutorial pages where they outline everything from using the editor, getting familiar with Lua in their engine, and publishing games.

This would be the place to start after installing Leadwerks on your system. They provide great exercises and introduce you to the user interface.

The team nails it again by providing great videos showing the introduction of using the engine. Visual learners out there might prefer this to the official site. In this specific video, we are introduced to the engine via its solid user interface and tools.

Now that you have the game development bug, it’s time to install Leadwerks. To do so, you simply go to the official Steam page, (you should make an account now if you haven’t already), and buy Leadwerks.

After that, the Steam client will take care of everything for you. No rooting around in your computer’s files and tweaking folders. Just make sure you also have Steam Cloud turned on as well.

Leadwerks is a great game engine for those who are game hobbyists as well as serious developers. Something great about Leadwerks is the ease of use and sheer quality of games you can make with the engine.

You can quite literally create any game you can imagine on Leadwerks, with Lua being a user-friendly language to learn. Tooling around and just killing time is also a super fun thing to do in Leadwerks, and who knows, maybe your time killing experimentation is your next big project?

The only way to find out is to boot up Leadwerks on your Steam account and start creating.