You are here: Home / Gaming / The Evolution of the RPG Genre and Its Impact on Game Design (Notable Tactical RPGs) 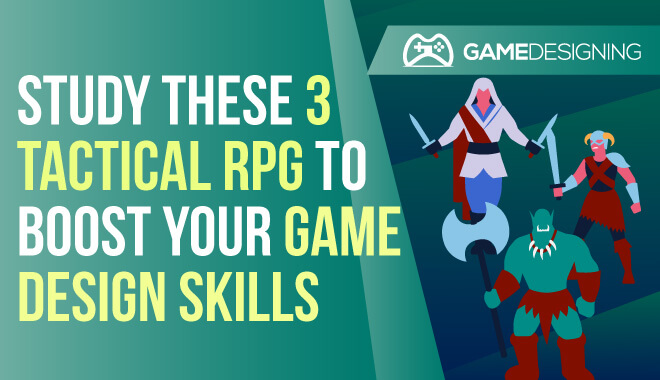 A huge part of game design is taking cues from iconic titles over the years. While some game studios pop out clones of famous games, like the ill-fated, infamous string of so-called GTA-killers (Saint’s Row, Crackdown, etc.), the real mastery of effective game design is implementing tried and true methods to enhance your already existing project.

When it comes to RPGs, there is a gold mine worth exploring. Especially with some of the best tactical RPGs. The 1990s and 2000s alone had a slew of fantastic, influential tactical RPGs that added so much to the genre.

Let’s see which games offer the most influential mechanics and design elements to enhance your own game design skills.

Role-playing video games have been around since before widespread video game consoles, games, and more. Likewise, Games on PC and on PlayStation leaned heavily into the role-playing genre in the 1990s.

In tactical RPGs, players need to use a mix of strategy, tactical combat (usually tactical turn-based combat), and win battles using brain power as well as different player classes. Many games would have the game paused between moves or upon encountering an enemy to best plan out their attack.

Will you move your knight to the front, to conquer the strongest enemy? What will you do with your archer? Your healer? Sometimes it’s pretty straightforward, but other times you’re going to need to think about your actions carefully.

For example, in Fallout, the game uses strictly turn-based combat. The player has AP, or action points, that allow players to act in certain ways. The player could choose to walk, attack, or flee.

How the Western PC Changed the Genre

Western tactical RPGs like Baldur’s Gate, Fallout 1 & 2, Torment: Planescape, and more were the role-playing game renaissance that paved the way for even more great, innovative games of their ilk. They combined great storytelling, character customization, and cohesive roleplaying elements to stand out amongst their contemporaries.

Three games, in particular, showed that they were more than mere time-killing games through things like in-depth strategic combat, class-based gameplay, and more.

Tactical RPGs Every Developer Should Study

While RPGs on modern consoles and PCs are directly shaped by many of their forebears, some of the best strategy RPGs come from places like the mid-1990s. There’s a heavy concentration of cRPGs and JRPGs that have made role-playing 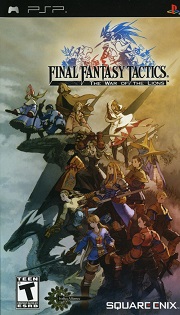 The isometric view and heavy emphasis on planning your battles shifted the original focus of Final Fantasy’s turn-based combat into an intricate game of video game chess. Each character class has its strengths and weaknesses.

The sheer perfection in the tactical RPG balance between characters is the feature worth mentioning. A game’s balance is exactly what every designer should strive for over stunning visuals and good frame rates. 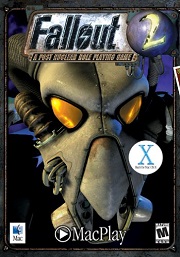 Fallout introduced gamers to a genuinely unique, grim, and darkly humorous set of titles in the 1990s. Fallout has a sterling reputation among gamers for its most recent titles like Fallout 4 and Fallout: New Vegas.

However, before the flashy execution of the V.A.T.S. targeting system, there was the simple ability to target body parts of your enemy.

This made Fallout even more of a standout tactical RPG. The simple targeting of various limbs and body parts added not only a layer of immersion but overall strategy. You might not be able to land a headshot on a raider, but you could cripple their legs, effectively rendering them immobile. This makes enemy encounters thrilling, even if it is a minor enemy.

While the original Fallouts have shown their age, they are still a lot of fun to play. Game designers should always study a game like Fallout for some unique and effective game mechanics, like simply targeting limbs. Its subsequent entries, and games like Wasteland 2, have adopted it.

You can find all the Fallout games on Steam. 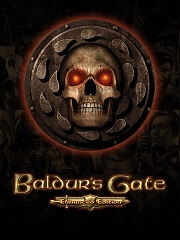 With a new entry for the tactical RPG series on the horizon, the influence of Baldur’s gate and other cRPGs from the 1990s has never been more important.

Baldur’s gate transports you to a medieval fantasy setting within the Dungeons and Dragons universe. It’s a tale as old as time: you, a humble hero, are caught up in a battle of good against evil.

Throughout the game, you gather various, unique party members and all of the different character classes. There are mages, wizards, paladins, and more.

Baldur’s Gate was fantastic at pausing combat and allowing you to map out the different moves for all of your characters at once. You’d be surprised how long it can take, especially in a boss battle, to plan out a plan of attack properly.

However, Baldur’s Gate made this planning phase a fun and sometimes tense part of the game.

You can find Baldur’s Gate on Steam.

Overall, studying up on the best tactical RPGs is a benefit to game design. You can see evolving mechanics through the years and the effects tactical RPGs like Fallout, Final Fantasy Tactics, and Baldur’s Gate had on current games.