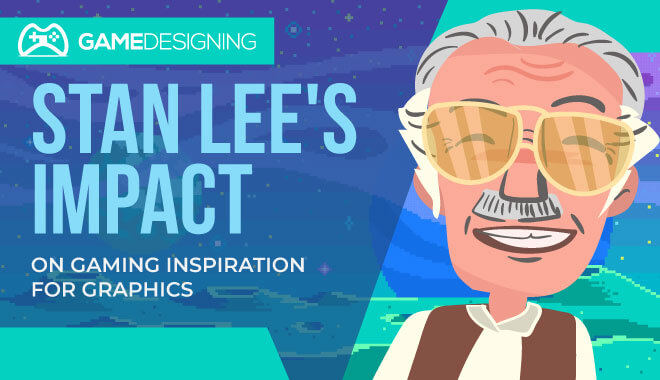 It was the summer I was in 5th grade: kids were excited that their vacations had begun, and we were all going over each other’s houses, planning to stay up all night gaming, gorging on junk food, and just generally putting the school out of our mind as best as we could.

My friend, Chris, had a PlayStation 1 and a copy of Spider-Man. I loved Spider-Man and was a casual fan of Marvel, as much of a fan as a 5th grader could be. Upon booting up the game, the narration began. It was a kindly old gentleman. He promised us “more super-villains than you could shake a web at, and of course, non-stop, web-slinging, wall-crawling action!” I was enthralled.

Who was this enthusiastic elderly man? I learned it was Stan Lee, co-creator of Spiderman himself, hyping me up to lay the smackdown on some baddies. I loved the narration Stan brought to the game, and it remains a great memory for me.

That’s why, when we lost the icon himself on November 12th, 2018 at the ripe old age of 95, the world let out a mournful cry. This was a creative genius who shaped all of our perceptions. From his inspiring quotes, his infectious charisma, and his famous movie and game cameos, we lost someone truly special.

Obviously, his mark on comics was undeniable; Spider-Man, Iron Man, the loveable and dastardly characters of Marvel are now staples in our lives forever. But like this experience I had in 5th grade, I can tell Stan Lee had a hand in impacting gaming as well.

The release of PlayStation 4’s exclusive Marvel’s Spider-Man in 2018 illustrates this beautifully. It took what I thought was the pinnacle of a video game version of Spider-Man from the game adaptations of Sam Raimi’s movie trilogy and blew it out of the water. Never before had I had so much unrestricted freedom swinging from the skyline of New York City, but the absolute fun I had being Spider-Man.

It’s almost as if Stan Lee’s creations were made to be video games. As fun as watching summer blockbusters of his greatest creations were, being thrown into the rich, multifaceted world of Spider-Man, the X-Men, and others was a thrill never to be topped.

Related: How to Become a Pro Video Game Designer

A series that specifically comes to mind is the extremely fun team-based games, 2006’s Marvel: Ultimate Alliance. It was an action-adventure title by Activision in which the player, and perhaps some friends, would be able to control their favorite Marvel heroes in an action-packed romp through some iconic environments in the Marvel universe.

This was the type of game that I was only able to dream about as a youngster. The sheer possibilities of forming your very own squad were exhilarating; this was your Avengers, your very own version of the X-Men.

In the game, Dr. Doom and the Masters of Evil, (a team of villains including Loki, Ultron, Mysterio, and Bullseye to name a few), launch an attack on S.H.I.E.L.D., and your team of superheroes answers Nick Fury’s summons for aid.

What follows is an exhilarating quest in a style that reminds me of the Gauntlet games, in which you face off against villains like the Mandarin, world-eating Galactus, and mind-controlled Jean Grey.

This style of gameplay was continued in the sequel, Marvel: Ultimate Alliance 2, released in 2009. The team of superheroes is investigating the disappearance of Ms. Marvel on a reconnaissance mission, and find a deep conspiracy involving the military and supervillains.

This installment in the series offered exclusive playable characters to certain gaming systems: Juggernaut, Magneto, Psylocke, and even Carnage were now available to stop the bloodthirsty villains of Marvel’s roster.

A third installment, Marvel: Ultimate Alliance: Black Order, is slated to be released exclusively for the Nintendo Switch in 2019. It’s currently being developed by Team Ninja, the studio that spawned the Ninja Gaiden and Dead or Alive series, so I can’t wait. There’s also an untitled Avengers game in developing by Square Enix and Crystal Dynamics, so keep your eyes on the horizon for that.

Another extremely popular game series in the Marvel vs. Capcom games. Starting with Marvel vs. Capcom: Clash of Super Heroes in 1998, the crossover game allowed the player to fight as either Marvel superheroes or famous Capcom characters like Ryu of Street Fighter or Mega Man.

Friends and I spent many long summer nights deep in intense combat, pitting hero against hero to claim dominance. My personal favorite character was Wolverine and my friends was Captain America. The blend of intense combat and extremely fast pace filled my life with excitement and love for the franchise, and deep appreciation for Stan Lee’s impact on gaming as a whole.

Watching comic book characters come to life on the silver screen is breathtaking. The Avengers films are filled with heart-stopping action, witty humor, and loveable characters. It’s a great experience, but there’s no feeling equivalent to being Wolverine and taking on Dr. Doom with your adamantine claws. You control the action, and Stan Lee is the one responsible for all of it.

Related: The 20 Most Popular Video Games of All Time

A Tribute To Stan Lee

Combing through the internet in the wake of Stan Lee’s death was an emotional journey where I discovered beautiful quotes from the man himself, heartfelt tributes to him and his work, and interesting facts regarding his career. It was hard to choose just one inspiring quote from the man, but I thought this one was appropriate, and it really touched me:

“You know, my motto is ‘Excelsior.’ That’s an old word that means ‘upward and onward to greater glory.’ It’s on the seal of the state of New York. Keep moving forward, and if it’s time to go, it’s time. Nothing lasts forever.”

The man may be gone, but his impact on the world of videogames and all media is undeniable and will most likely outlast all of us. I know I’m not emotionally ready to see the words ‘In memory of our friend, Stan Lee’ on the next Marvel film! Thank you, Stan, for everything.

Related: What is AbleGamers and Why is it Important?