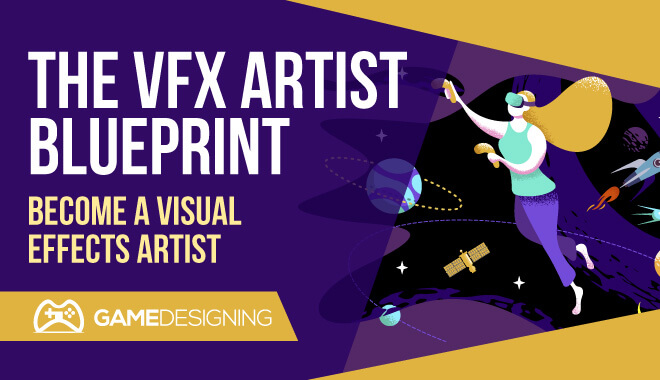 Visual Effects has changed the face of film, games, and TV as we know them. With visual effects, creators can further immerse viewers and participants in fictional worlds. Whether this is the Star Wars universe or Doctor Who, visual effects have been helmed by some truly talented VFX artists.

Of course, you want to get in on this everchanging piece of creative history. But how? How does one go from just an average Joe to a visual effects artist?

I will show you how.

What are Visual Effects?

Very simply, visual effects are manipulated by creative images that are created in tandem with the finished project.

In other words, think of Gollum from The Lord of the Rings trilogy. Andy Serkis, the amazingly talented actor who played him, donned a bodysuit with motion capture capability. Elijah Wood, (Frodo), acted alongside him, and after filming was done, the visual effects department ‘made’ Gollum out of his performance.

They added nuances, emotions, skin, hair, and more to an actor’s original performance. Not to mention what seems like nearly 90% of the things in Star Wars.

We are now used to the far-reaching impact of visual effects with nearly every movie released today, but where did it begin?

Way before The Avengers fighting aliens in the heart of New York City, there was a beheading. Yes, a beheading. In 1895, a recreation of the infamous beheading of Mary Queen of Scots was replicated by director Alfred Clark. He had all the actors standstill as the actress switched with a realistic-looking dummy to complete the effect.

Back in 1895, this shocked some viewers, thinking an actress was killed on screen. That’s the power of innovation and visual effects.

Taxi Driver director Martin Scorsese would do a similar trick in the opening credits of 1995’s Casino starring Robert De Niro. In it, De Niro’s character enters a car that explodes when the ignition starts. If one looks closely, it is clear that a dummy replaces De Niro right before the explosion.

Why are Visual Effects Important?

Not only are visual effects important simply because they advanced filmmaking by leaps and bounds, but they also exhibit one’s creativity. Those audience members in 1895 thought that a person died on screen. That is how effective visual effects are.

Visual effects help us suspend disbelief enough where we become immersed in some truly great works of art. It highlights the talents of thousands upon thousands of visual effects artists and editors.

What Does a Visual Effects Editor Do? 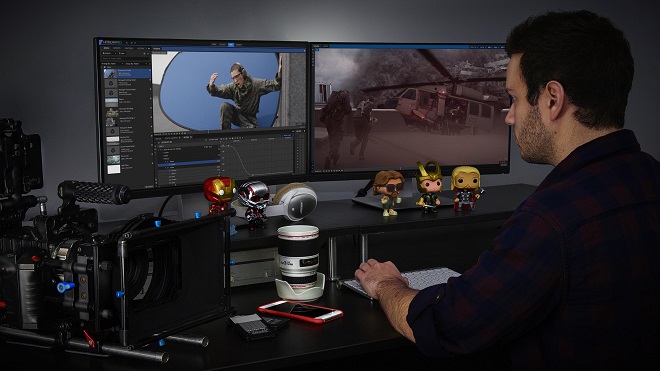 Since this is the job description, a visual effects editor needs great communication skills, being able to balance multiple things all at once. However, they are not merely relegated to be a mouthpiece for the visual effects team; they should be able to take some creative control themselves, coming up with ideas and communicating edits and fixes.

What Software Do Visual Effects Artists Use? 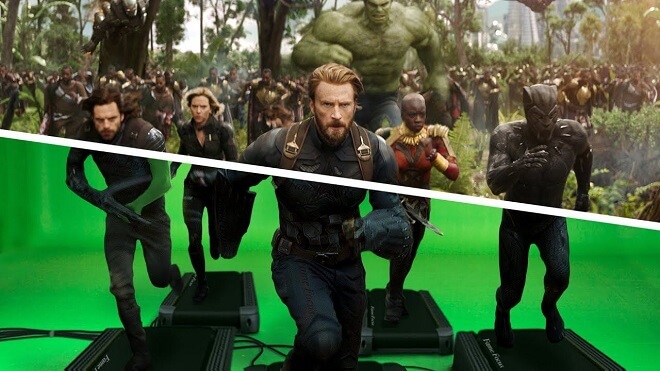 What is the Work of VFX Artist? Work Environment & Duties

The fantastical images you see in your favorite TV shows and movies are the bread and butter of visual effects artists. They are tasked with creating special effects using state of the art software.

Every monster, fairy, ogre, space battle, and more are the works of visual effects artists. They use their software to create 3D motion graphics, particle effects, lighting, animation, and more.

How Do You Become a Visual Effects Artist?

A background in design helps a lot here. Here are just some basic skills you should possess before starting out as a visual effects artist:

I know that sounds like your basic job interview checklist of buzzwords, but it applies to visual effects artists. If you do not get along with others, you will be in trouble. Same if you are easily distracted and can’t get work done.

Okay, so you have all of these great skills. What now?

The good news is that the way to become a visual effects artists can be just as open-ended as the field itself. There is no ‘visual effects’ school that you need to attend.

You can take classes at standard colleges and universities. I recommend majoring in something like animation, or computer graphics to get a base knowledge of the field you wish to enter. I found some great design schools that were highly ranked for your learning needs: 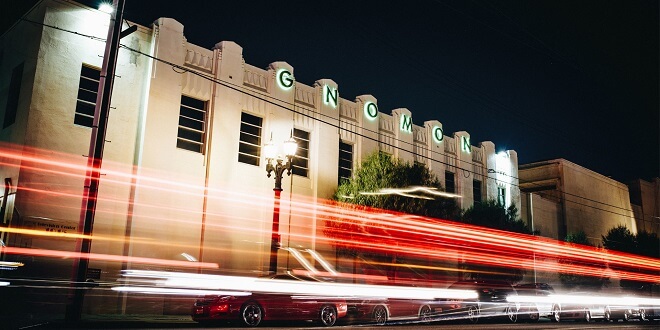 Gnomon has earned a slew of 2019 accolades for its great work in teaching visual effects students impressive tricks of the trade.

“Recruiters who hire for the industry, really know that Gnomon graduates know what they’re doing – that they have the strong foundation they’re looking for.” –Nickelodeon’s Juan Gil 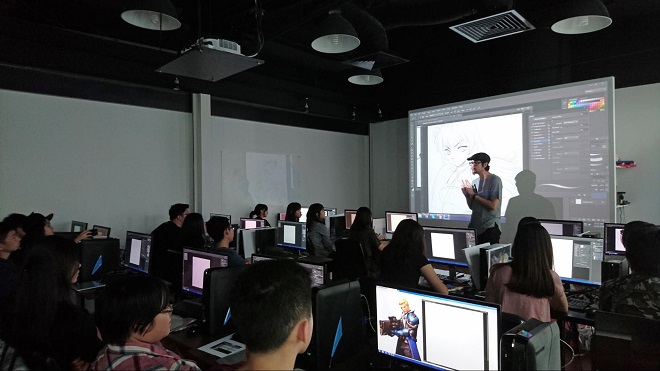 For those of us residing in the East, 3dsense is ranked as one of the best schools in the region for animation, 3D design, and visual effects. They tout impressive results and a high recruitment rate amongst their students. They promise that students will learn from industry professionals, both retired and still working. 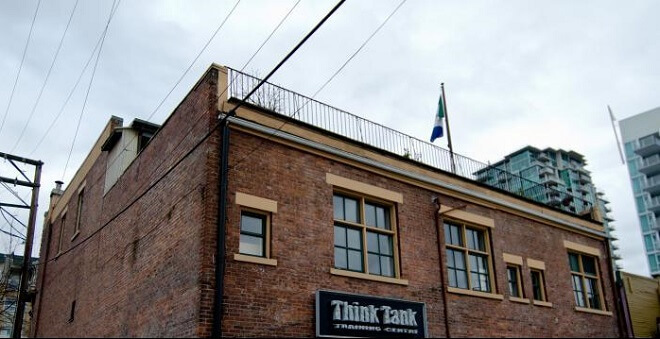 Think tank offers both online and face to face courses, allowing those who can’t make it to Vancouver’s campus to learn the trade. People who work for BioWare, (Mass Effect, Dragon Age), artists at EA, (Titanfall 2), students who went to work on The Lego Movie, and more all came from the Think Tank Centre. 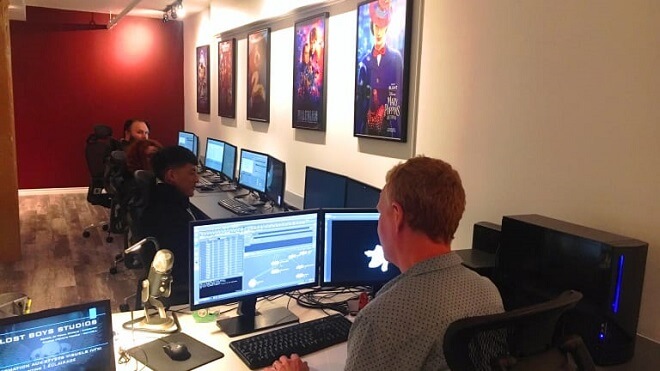 This impressive school has two campuses in Canada, one on the west coast and one of the east coast. For over 20 years, Lost Boys Studios teaches advanced visual effects, compositing, and offers exclusive degrees in technical effects directing and digital lighting artist.

Okay, now the important stuff: money! What do we have in terms of visual effects artists’ salaries?

We did some math and consulted a few sources like PayScale, concluding that visual artists, based on experience and skill, can make anywhere from $25,000—$69,000. The average salary is $47,500.

This is a field where you will have to put some serious work in; it will not just come to you overnight. Networking, good work ethic, and a desire to succeed will no doubt propel you up the visual effects artist ladder to that $69,000.

This is not a definitive number, as I believe much of the pay difference lies in what different projects you are involved in, the city in which you are based, and if you are a freelancer or not.

A lot of work like this is based on freelance contracts. Although not exactly stable compared to an established position at a company, freelancing can build up your portfolio greatly, leading you down new paths you never thought possible.

This leads back to the different skills you need to possess to become a successful visual effects artist. Skills like being detail-oriented, organized, and creative will be key here.

From the late 1800s, visual effects have become a mainstay in films, TV, and games. Starting with a rather grim little trick of film, an entire world and field of careers opened up for a large group of people. You now have a better understanding of what goes into becoming a visual effects artist, editor, and other positions in the field.

Are you going to create the next film icon like Gollum from The Lord of the Rings? Or will you be enhancing a fantastical production with enchanting particle effects like that of the new Dark Crystal series on Netflix?

Only you can decide; I only hope this guide has helped you better understand what a great field this can be for creatives. Now get researching which school is ideal for you!