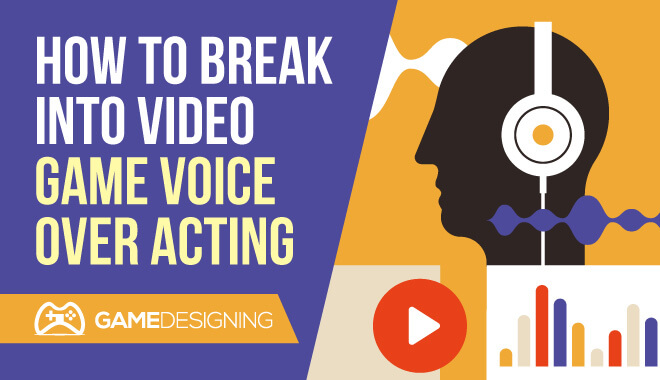 In essence, 8-bit music used a very simple synthesizer to create basic audio for games. Interestingly enough, old-school Atari 2600 ROM cartridges could only hold around 4-8 Kbs of data, and even something like SNES cartridges maxed out at 4Mbs.

With so little space on a cartridge for the game itself, voice acting tended to take a back seat to everything else.

Thankfully things have progressed massively since then, and we no longer rely on a simple synthesizer for video game audio. More advanced hardware has led to the processing of complex audio frequencies allowing for complex orchestral pieces, and larger discs mean we can have several hundreds of hours worth of voice acting. 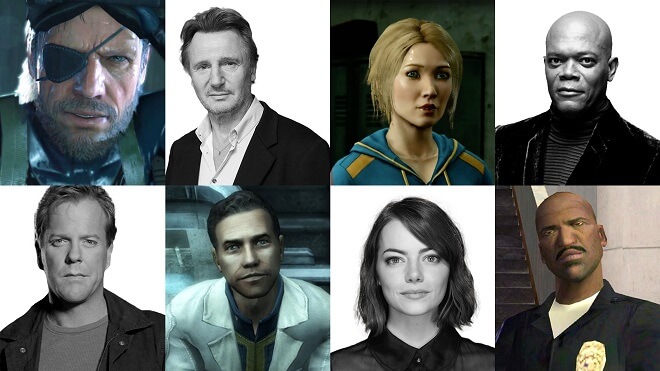 So what is a video game voice over exactly?

Well, putting it simply, a voice-over is when a voice actor ‘acts’ out the lines for one or more characters. This voice acting is recorded and then inserted into the video game files waiting to be triggered by a certain action, such as a cut-scene or when you interact with a character.

Voice-overs can take a lot of different forms (which we’ll get to in a bit), but for the most part, it’s adding a human voice to video games, usually with some form of dramatic acting.

Voice actors are the talent behind voice-overs, and interestingly enough, they sometimes voice more than just one character, even in a single game. Certain actors, like Nolan North, has voiced characters like Nathan Drake from Uncharted, Desmond Miles from Assassin’s Creed, and even Deadpool in the few games for that Marvel franchise that have come out.

Of course, Nolan North is a pretty incredible voice actor, and not every voice actor has hundreds of credits under their belt.

At this point you’re probably asking ‘Is it difficult to become a voice actor?’ and the answer is: Yes, just like any other creative field! You have to work hard at it and spend a lot of time and effort, not to mention that your main instrument, your voice, can be damaged if you don’t take care of it. 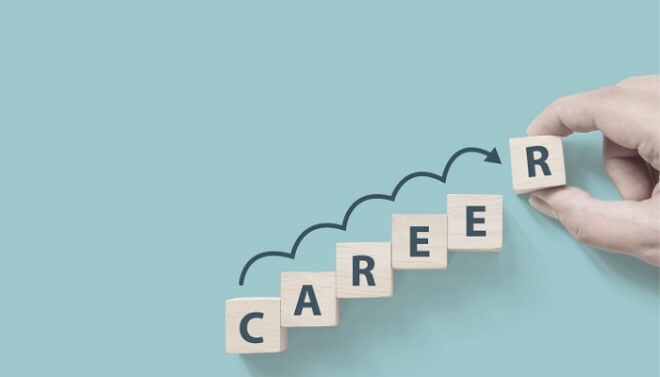 So how do you become a voice actor for video games?

Well, this question is a little bit harder to answer, since getting into any field in video games can be pretty difficult.

For starters, if you have any experience or education in acting, that will massively help you get a voice acting job. Taking part in theater, where you need to project your voice, as well as learn all the intricacies of developing and being a character, can help a ton in doing a good job.

Similarly, having some theater credits under your belt, even amateur ones, can show potential casting directors that you have what it takes to see a project through.

Other than that, it’s mostly getting as many voice-acting auditions as you can, and not only in video games. Truth is, there aren’t many voice actors who only stick to video games, and having a varied portfolio is not only important for getting more work, it’s also important for paying the bills.

Speaking of which, I’m sure you’re wondering ‘How much do video game voice actors get paid?’

What you get paid as a voice actor can vary wildly depending on how much interest there is in you as a voice actor, how well you’re known, and even the type of voice acting you’re doing. For example, you could get paid $30 for a short radio spot all the way to several thousands of dollars for an audiobook.

When it comes to video games, an established voice actor can usually make around $100-$200 an hour, and you might sometimes get performance bonuses if the game does well.
Jobs

How to Look For A Job 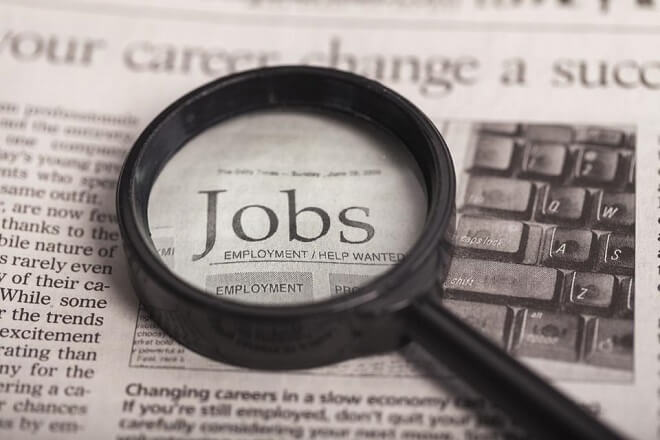 Taking advantage of the gig economy is going to be your best bet starting out. Freelancing sites like Upwork or Fiverr can offer a great platform to build your portfolio off of.

Similarly, voices.com is a website dedicated specifically to voice-over actors, so if you can find work through there, you’ll have a great start. Behindthevoiceactors.com is another great option.

Once you have a portfolio to rely on, you can start looking at the career pages of your favorite studios.

There’s no one central place to find high-paying work, so unless you have an agent, you’ll need to do a lot of legwork. 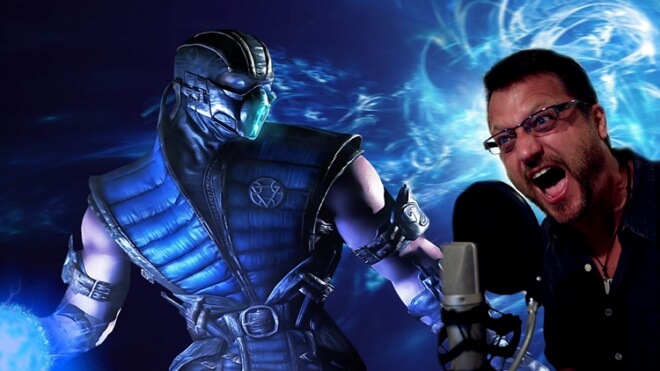 The first and most important thing is to BE ON TIME.

In fact, you should be in the studio about 15minutes before the actual appointed time. Studio time can be very, very expensive, so being even a couple of minutes late can end up costing your client/employer a ton of money.

Similarly, working in video game voice acting is a bit more difficult than other industries, because the scripts tend to be very secretly guarded, so you might not even see it until a few minutes before going in.

That being said, don’t be afraid, they’ll usually send you a similar script to the one you’ll be reading, so you’ll be able to do some preparation beforehand. This is actually another great reason to come early, as, after the greetings and whatnot, you’ll probably have a quick sit down with the creatives and sound engineers to talk about what they expect for you in that session.

Once that’s done, you’ll be taken to the recording area, which can either be a small booth, or a large soundproof room full of hundreds of instruments. Either way, your environment is irrelevant, and just focus on your microphone and your positioning. If you need to change or alter the microphone in any way, let the sound engineer know.

Speaking of microphones, try not to wear ‘loud’ clothing and jewelry, as those microphones tend to be incredibly sensitive and can even pick up clothes rubbing against each other.

Most video game sessions tend to be between 2-4 hours long, and they’ll let you know beforehand how long they’ve booked you for.

Other than that, it’s pretty straightforward!

You’ll probably get some direction from the director who’s on hand, and they might ask you to change or do things slightly differently. There will also be a few times where the creatives and the sound engineer will talk in mixing/mastering room, and you won’t hear a thing.

Don’t panic, that’s normal, creative stuff like this is very fluid so they might need to change something in how they record, add/remove lines, or a dozen other things. 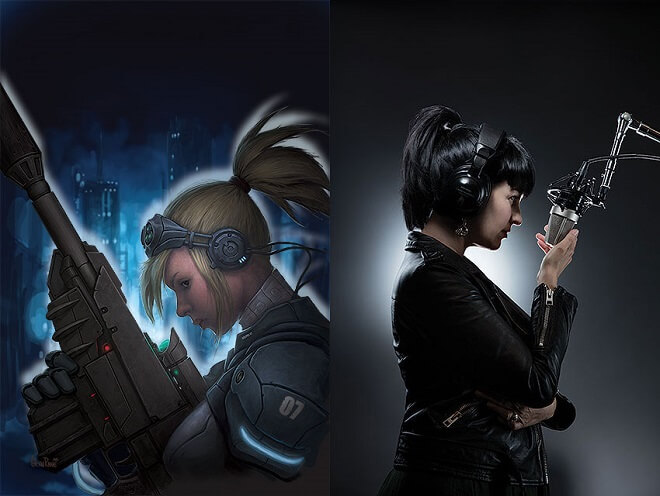 There’s also a third category for effects, where you might be asked to voice animals or things of that nature, but these aren’t very common.

Actually, an interesting question here is – what game had the first voice acting?

While this is a bit hard to pin down, probably the first-ever game with any form of voice acting was Gorgar, a pinball machine from 1979. Yeah, not very glamorous!