You are here: Home / Gaming / Cheap Video Games You Can Buy Right Now and Play Forever! 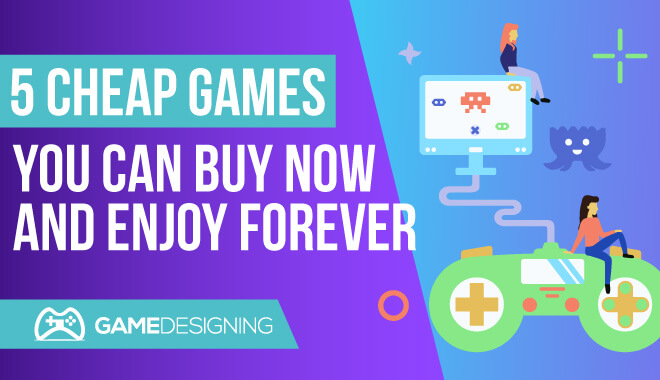 We are living in a golden age of gaming. We can access games of years gone by that garnered critical acclaim on multiple platforms with the click of a button. Before, you would have to look on eBay or Amazon, scouring the corners of the internet for that one game you remembered loving as a younger gamer.

Today, all of that is behind us. With assets like Steam, GOG.com, and Origin, gamers all over the world can access catalogs of thousands of unique games ranging from the advent of video games to the present day.

Another great aspect of discovering these games are the lowered prices. We all love deals and specials, and these are no different.

Where to buy the cheapest games? What are the best cheap games you can get the most out of? I’ll show you the best selection as well as where to get them.

Steam sales are famous for putting hundreds of different titles on sale for more than affordable prices. Things like the Christmas sale and Summer sales lower the price of countless games, allowing everyone to be able to access some of the best games on a budget.

I remember purchasing the then $40 Civilization V for $7.49. With all the hours I poured into it, I would say it was the most valuable purchase I ever made on Steam.

Countless examples like these litter the internet. Steam allows players to be able to experience some of the most comprehensive gaming experiences for cheap. Luckily, Steam has sales every day, and the special sales happen nearly every month where a load of games is on sale.

Often, Steam will have weekend deals focusing on specific publishers and developers, offering nearly the company’s entire catalog at a great price.

But enough talk, what are some of the great cheap games you can buy right now and enjoy until the end of the world? By cheap, I’m classifying games that are $10 and under. 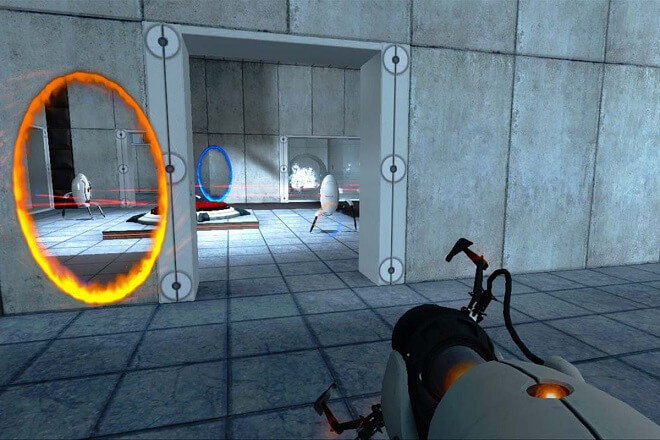 While you are waiting for the third installment of the Half-Life franchise in futility, you can experience one of Valve’s most creative titles ever.

In it, you play as Chell, a test subject, who can use a portal gun.

Portal allows the player to solve physical puzzles like making his way across a room by using the portal gun. This manifests itself in ‘shooting’ the portal gun on a surface, shooting it again to create a destination, and falling through the former portal.

Not only is it challenging, creative and visually sharp, but it is trippy. You will have tons of fun just jumping through portals. Sometimes I would find myself just exploring the ambitious physics of the portal gun rather than focusing on the puzzles.

It also gave birth to one of the most famous internet memes, ‘the cake is a lie’. Not only is it a solid game, but a culturally important piece of art.

You can pick up Portal on Steam for $10, and much cheaper when it inevitably goes on sale, possibly multiple times a year. For a $10 price tag, Portal is well worth any price. 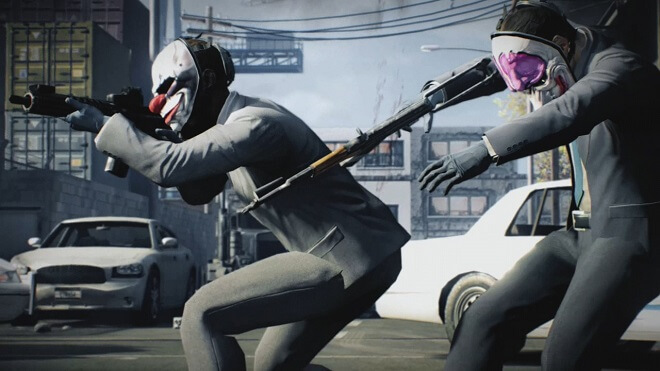 Fans of Left 4 Dead, heists and other co-op gameplay styles will immediately fall in love with PAYDAY. For $10, you and three other friends can plan and execute multiple different heists. Sounds sweet, huh?

I have over 200+ hours sunk into this title, owing to the addictive, high-octane cooperative play. You choose your character, customize their heist masks, guns, and more.

The level of customization in PAYDAY is stunning. Not only is the gun upgrade system spectacular, but the mask customization offers hundreds of thousands of options for you to exhibit your killer, one-of-a-kind masks to other players online.

The heists available are creative, often throwing players into unique situations where they need to act calm, cool and collected to avoid detection by the police. If subtlety doesn’t go as planned, the gunplay is fantastic. One of my favorite things to do is finish a heist without raising any alarms. It is very challenging but addictive.

The game was released in 2013, but the developers have released a ton of DLC including new heists, prizes, guns, and characters. If you love customization as I do, PAYDAY is just the ticket. 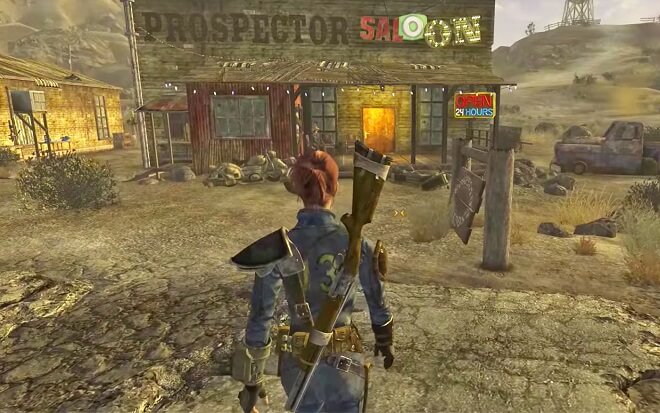 This may be a polarizing opinion in the gaming world, but I thought that Fallout: New Vegas is a much better game than both Fallout 3 and Fallout 4.

No Fallout game since Fallout 2 has created the vibe and atmosphere that the original games did. In Fallout: New Vegas, the player is a nondescript courier in the Mojave wasteland. In their possession is a poker chip, a chip that will eventually become the driving force behind the story. I won’t say any more to avoid spoilers, but it’s worth checking out.

Everything that RPG and FPS fans are here: factions, gunplay, gore, great story, great customization, and so much more.

Will you side with the organized and righteous New California Republic and bring order to the chaotic wastes of Western America? Or will you join the brutal Caesar’s Legion and bend the populace to your will? Or perhaps you are a rogue agent and prefer a little anarchy.

Either way, you will get lost for hours in this truly unique world. All for just $10! 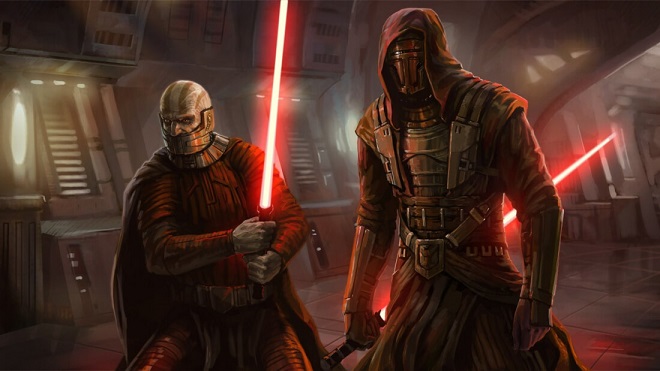 In it, you play as a soldier of the Republic, searching for the elusive Jedi knight, Bastila. In the process, you learn more about your past and the future of the galaxy. There is so much more that can be said for the story, but it is excellent, and I wouldn’t dare spoil it for those who haven’t yet played it, (what are you doing reading this?! Go now!)

This game has some of the best villains, in Star Wars and otherwise, and some seriously loveable party members you can recruit. As you progress in the story, you learn the ways of the Jedi, creating your custom lightsaber.

This is really where the game picks up, and you are torn between the light and dark sides. Choosing how to deal with certain moral situations is great fun and will have you deliberating on more than one occasion about how to deal with aspects of the story.

I have played both as light and dark characters, and the narrative adds some great story depth that you just cannot find anymore. For $10, you can experience some great Jedi action.

What color is your lightsaber? 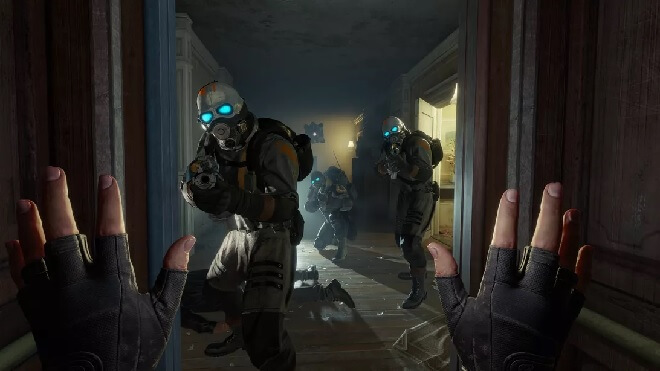 In this sequel, Valve has created an amazingly dreary and ominous dystopian earth. The world as we know it is controlled by the militaristic Combine, an authoritative regime that has enslaved much of humanity, sending them to gulags and keeping them oppressed. You are Gordon Freeman, the voiceless protagonist who eventually rebels against the police state of City 17 and thus becomes a symbol of the human revolution.

Half-Life 2 used the famous Source engine, which was used for Counter-Strike in 2004.

I remember playing this game in 2005, staying up for hours, finally turning off my console after beating the game, my eyes bloodshot and my nerves fried. However, it was worth it. The story unfolds organically and it has some of the best flow of gameplay I have ever experienced. If you were to outline all the features, one would think it would be foolish to be so ambitious.

This game is equal parts first-person shooter, role-playing, vehicle racing, and platforming. The tone and pacing of the gameplay work like a charm. You will be involved in a fierce gunfight with aliens, then be driving a powerboat through the swamps of a dilapidated landscape five minutes later.

For my money, (and yours, just $10), this is the absolute best cheap game you can get right this instant.

There you have it, some of the best games that you can pick up for just 10 dollars. These games are absolute gems and $10 is an insanely good deal, pretty much a steal.

This list has everything for every player of any genre. Everything about these games is classic. You do not need to be a Star Wars fanatic to enjoy Knights of the Old Republic; you don’t need to like puzzle games to enjoy Portal.

Not only are these games cheap, but their creativity and replay value add so much more value to them than buying them for $10 seems criminal. Luckily for you, it isn’t, and more classic games are being lowered in price every day. Remember to check Steam and GOG.com every day for some seriously sweet deals on some of the best games available.