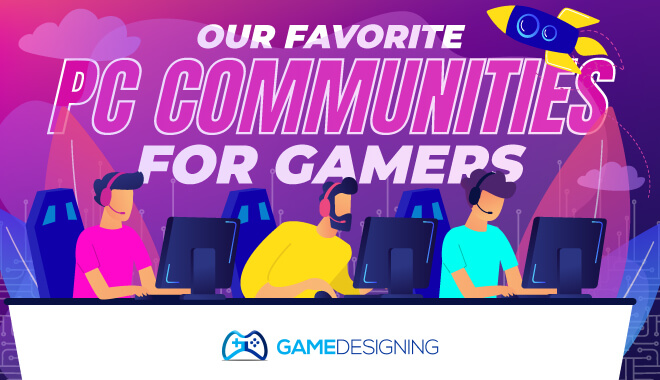 If you are anything like me, you like to engage with fellow gamers about your favorite game, PC build, or anything else having to do with gaming. Going it alone on PC can be fun too, but there is something so satisfying about going to a community of gamers and immersing yourself in it.

Have you ever had a serious hardware issue, or need tips to get through a tough level in a game? Chances are that there is a gaming community at your fingertips ready to help and give you tips.

Games like Team Fortress 2, Overwatch, and the Total War franchise all have amazing communities in which you can share your awesome gaming stories and make some great friends. I know I have. That’s why I am here to guide you, to find:

The Best PC Gaming Communities of 2021

PC Gamer is a famous gaming magazine dealing with, you guessed it, PC games. It was founded in 1993 and has been a tour de force in gaming ever since. I personally owe PC Gamer a lot. During a YouTube loop where I couldn’t sleep, I was cycling through videos and found one about the game Crusader Kings II. 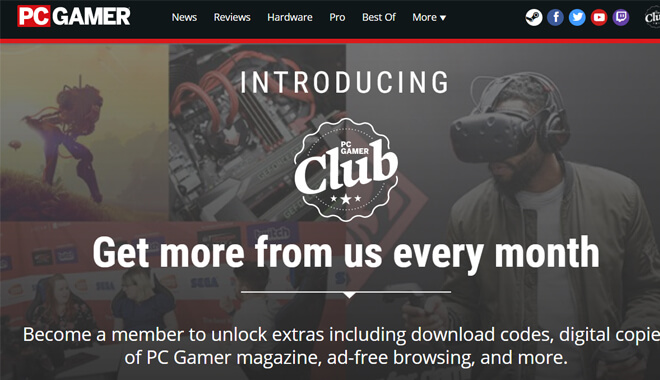 It was a review, and it changed my life. The reviewer talked about how the game engages you in your own personal narratives as you plot, steal, and marry off family members through medieval Europe. The game is now one of my favorites, and it made me check out PC Gamer. This includes their community, the PC Gamer Club.

The Club is a community where you get some serious perks. Upon joining, (either a $4 or $5 price tag), you get in-game items, Steam keys for certain games, a subscription to their magazine, and a cool little guide to RPGs. Of course, you also get access to their vibrant community of gamers.

Granted, joining isn’t free, but for the price of a discounted Steam game, you could get some serious benefits, not to mention access to their popular Discord channel.

For gamers behind the times…: I’m absolutely in love with this community. It’s a subreddit, which we all know are great sources of info. Patient Gamers is no exception. Have you ever not gotten on the hype train for a game? Missed a popular release like Bastion and never got it but now you picked it up on sale? 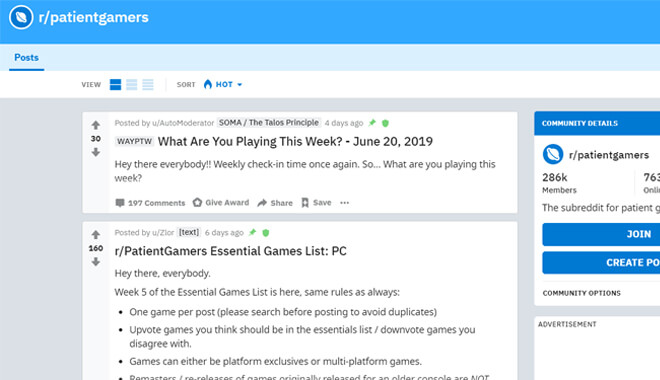 This community absolutely thrives on gamers who are just now playing through games that are at least 6 months old. But they’re not just new games. Many gamers on the subreddit talk about playing GTA San Andreas and other titles like those in the Devil May Cry franchise and Shadow of the Colossus.

One topic that caught my attention was a heated debate between lovers of Final Fantasy Tactics and Final Fantasy VII. I opened the link expecting a veritable blood bath; people defending Sephiroth, Cloud, and Tifa against the onslaught of FFT characters. It was miraculous.

These members were being completely respectful, listening to others’ opinions and deep analyses of characters and themes of both games. It was beautiful, and it sold me on the community 100%.

Regardless of your allegiance to either Final Fantasy title, the community is very active; touting nearly 275,000 subscribed members. They post reviews of games and others will reminisce about titles gone by. It’s such a unique concept to what I’m used to, I had to pass it along to you all.

Related: How Gaming Culture Has Evolved

Another unique community, Game Detectives dedicate themselves to solving mysteries and puzzles surrounding alternate reality games and other games. An ARG uses clues and Easter eggs in the game as well as real-life to make a more memorable, engaging gaming experience. 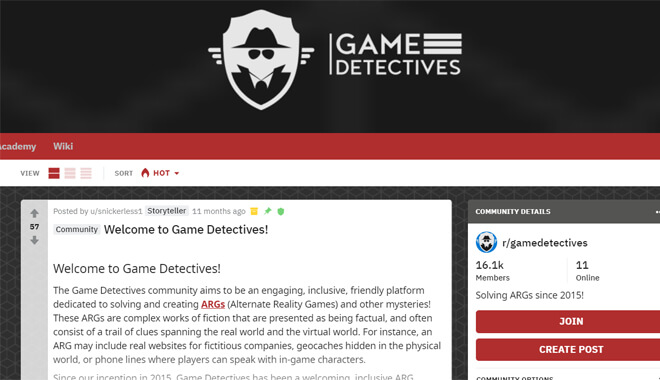 Being an amateur internet investigator myself, (okay, I primarily just end up watching creepy conspiracy videos on YouTube, but STILL), I was immediately drawn in by the passion that these gamers had.

I dove deep into this community, especially enjoying topics like someone trying to decode Morse code in the b. It’s stuff like this which makes you keep clicking through different topics and honestly makes you think about games differently. You’ll find yourself thinking more critically while playing and engaging with these users seems to be a real joy.

They are always on the lookout for any hidden meanings or mysteries. Right now, I’m looking at a topic where a user believes to have found some hidden message in the Borderlands Mask of Mayhem trailer. If you consider yourself a sleuth and love games, this is a match made in heaven.

This was kind of a no brainer here. PC Gaming subreddit boasts over 1.2 million subscribers, with thousands of users being logged in viewing the forum at any given time. It should be the one-stop-shop for PC gamers looking for a community. There are thousands of topics to view, constantly being updated. 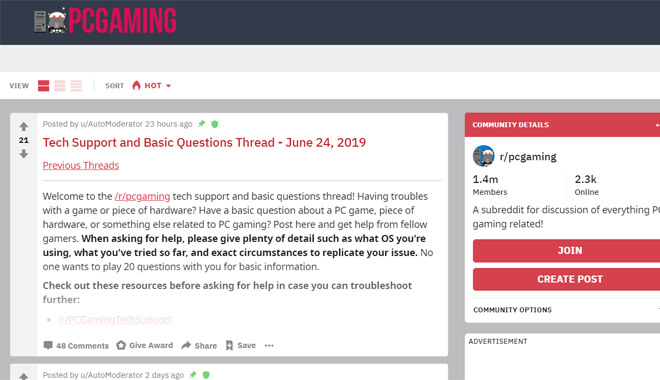 It could lead you down different wormholes into different subreddits, allowing you to hone your interests more clearly and find others who feel the same. They post news, opinions, and patch updates for all to see. Some of my favorite topics are the ones like “What game blew all expectations you had going into it?” in which the users divulge some of their new favorite games.

More topics range from ‘when will the new next big MMORPG be released’ to ‘My mouse arm hurts!’. This eclectic mix of super helpful information and personal nuances makes this a community you don’t want to skip out on.

Those are some of the most highly recommended gaming communities for 2021, both in general and potentially going forward. They show no signs of stopping and have a great positive vibe to all of them. Don’t be shy, go join or lurk for some great gaming discussions! Now for a little something different…

Now I know that finding a broader category of community is a great thing, but I couldn’t resist adding some communities that I myself have been a part of for specific games. Sure, broad categories may help, but these communities may be right up your alley without you even knowing it. Think of them as honorable mentions of sorts to the above communities.

I’ve made it no secret that I am a huge RPG and history fanatic, so for me, this was a slam dunk. I first played Shogun: Total War back when I was a budding PC gamer, and the subsequent releases I dutifully got and immersed myself in them. As I got older, I got into modding, and the Total War community delivers, which is how I got into the community.

Specifically, the forum twcenter.net/forums was an extreme help to me regarding mods. The community is also filled with history buffs who will simply discuss the historic periods based around the games. I remember getting pulled into a conversation about the Third Punic War between Rome and ancient Carthage.

You’ll meet some characters, people who are into history and making the game as historically accurate as possible. With the recent release of Total War: Three Kingdoms, the player is transported to the Three Kingdoms period of China, battling it out with the three major factions of that time, all while boasting in-depth diplomacy and graphical overhaul.

The time is now! If any of that sounds great to you, what are you waiting for? Some good forums are: forums.totalwar.com and www.twcenter.net/forums

There’s something about the insane, blistering difficulty that will bring people together in a crisis. Maybe it’s a case of misery loving company, but I found in my own personal experience that the Dark Souls community, specifically the official Reddit, is a great meeting place for players of the iconic series by From Software.


I remember getting stuck on so many bosses, especially the Four Kings in the first game in the series, and the community helping me out with tips, glitches, and tricks that I didn’t feel so alone in my extreme frustration and desperation. They even often offered to join in your game personally to help you beat the different bosses co-op style. I found that to be a great help in the game. It’s people like that who really make the Dark Souls community shine.
Related: The Best Easter Eggs in Video Games

The difficulty alone makes the community more cohesive, friendly, and approachable. Spent hours on a level and finally defeated that boss that was making you pull your hair out? If you post on the subreddit, you’ll receive congratulations and encouragement. I believe that is something we need more of, especially in PC gaming. Check out their subreddit!

Those were just some of the interesting, positive communities that I found and even took part in. These communities have a robust user base that won’t slow down anytime soon and will help you through your gaming quests not only in 2021 but for a long time coming.