You are here: Home / Experts / A Glimpse into the Work Life of A Game Developer 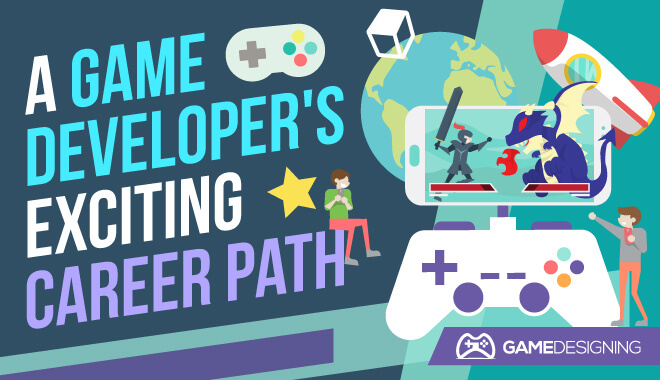 Aaron Hunter of Austin, Texas has been making digital games for over 20 years. He played video games extensively when he was young. His fascination for games turned into curiosity about how they were made which then paved the way to a career path in game development.

“I started with a language called BASIC. I started making simple games, on my own at first, and then with some friends in high school. I studied and tinkered with C++ on my own time until I was good enough to get my first job in the field when I was 18,” he recalled.

Fast forward to today, he is currently the lead developer of Starport: Galactic Empires: “It’s a real-time action, multi-player, online, persistent-world game for desktop PCs. I’m focused on improving product quality for the small group of people who play this game, and moving on to port it to other platforms besides Windows and to make a sequel to it as well.”

He has built a fair amount of games for Windows, and some for Unity.

“I built Starport using a Windows client app and a Linux server app, both using C++. It took about a year to get Starport off the ground, working with one other programmer, and then I’ve also been updating it live for the past 16 years as well!” Aaron said.

“The last Unity game I wrote is called Georgia Golf and it took me 3 years, most of that working on my own, on the engineering side, with one artist providing art assets. It’s always nice to have a good artist to work with if you can find one,” he added.

Game Engine and Tools of the Trade

According to Austin, the game development process is mature enough now that it’s hard to justify not using an engine.

“I’ve enjoyed working with Unity because it has good standard game engine features like 3D rendering, physics, and input-handling. The best part about Unity is its ability to build out your executable for multiple platforms like iOS and Android without much extra work required,” he explained.

He likes Unity for a number of reasons. For one, it has a nice rendering engine. But its most appealing feature would have to be its ease of use while at the same time supports specially-coded behavior with C# script quite well:

“On the last game I made in Unity, called Georgia Golf, I was able to customize a huge amount of behavior using C# script. I even did a lot of modifications and filters on the art and geometry assets in the game world. This was only possible because Unity does such a nice job of exposing game world data in its script environment.”

For image editing, he uses GIMP, a free tool you can use without sacrificing quality.

He starts work at 10:00 am and that’s basically what he does throughout the day. Sometimes, his work stretches late into the night.

“Software development can be rough in that there is so much possibility, so many things you want to get done, but each of them is time-consuming to correctly integrate into the product as a whole. Testing and debugging are mandatory and they also take time.”

Some days can be a little stressful like when he publishes changes to a live game and if something goes wrong, it could affect their live customers’ experience.

“So sometimes I publish new updates late at night when there are fewer players online, though this has the drawback of me being asleep during the first 12 hours of new code being live.”

Aaron loves that there’s always room for a lot of creativity and world creation in his career. The worst part, he said, is finding gamers to play his video games is a real challenge with all the competition out there.

And he’s not about to do something drastic like creating complex game architecture: “Keep your game designs as simple as possible. That gives you the best chance to get your project done with a high level of quality.”

When asked about what he wishes he’d known going into game development, he said:

“I wish I had known more about the run-time efficiency of algorithms since that’s where much of the artistry of programming lies. If you do programming, my advice is to learn best practices from the beginning. I will admit though, my personal path throughout my career involved a lot of just going in and getting things done quickly, which is also a good skill to have.”

“Games will continue to become even more user-friendly, more connected. Games that can be played on smaller, mobile devices have a bright future too,” he said.

You can download Starport: Galactic: Empire here. And check out Georgia Golf on the PlayStore if you fancy playing golf online.