You are here: Home / Experts / Lessons From An Indie Game Studio Owner 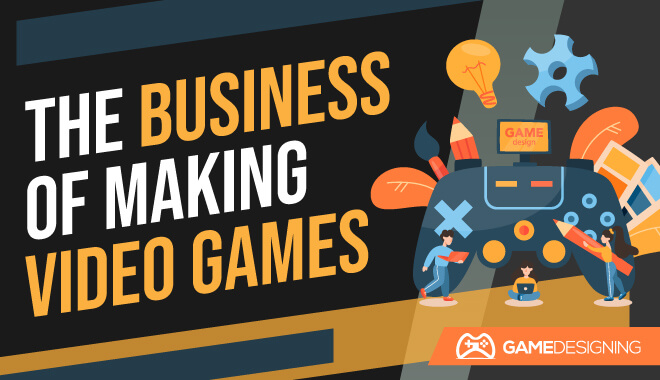 A common misconception that people have about getting into video game development is that the only skill you need to learn is to code. This couldn’t be further from the truth.

“I wish I had known about the many different parts of game development. You need to try all the different aspects of game development such as VFX, 3D Modeling, Animation, and a lot more,” said Usman Salim, owner of Liontech Studios, a video game development studio in the UK. “My advice to all beginners is to get on YouTube, watch tutorials, and try as many things as possible. It’s all free to learn and you will 100% find an area that is of interest to you,” advised Usman.

When you find the field in game development that you enjoy, start practicing right away. Don’t worry about being perfect. Always start with the basics. Establish a routine to practice your new skill. It may be tough at first but you will reap the rewards of your hard work.

And he’s right. Your portfolio is your way of showing what sets you apart from others in the same profession as you do. You may have the same skill set as the next developer but no one does it quite like it as you do.

How did Usman get into the video game industry?

Well, like all game developers’ stories, it all started with a love for video games.

“I have always had an interest in video games at a very young age. My first system was the master system in the 1990s and since then I fell in love with games and always wanted to work in the field,” Usman said as he looked back on his childhood.

He officially started his video game development journey using Buildbox, a 2D drag-and-drop engine, with no coding experience required: “It allowed me to get right into making games and receiving visual feedback very quickly.”

He studied Interactive Systems & Video Games Design at the University of Bradford. His first few jobs after he graduated in 2013 were in the game testing roles. Unable to secure a permanent position, he decided to work in administration until 2016.

It was in that year when he decided to break free from the 9-to-5 grind and turned to freelance work. Not long after, he created his video game studio: Liontech Studios.

His work focuses mainly on hyper-casual games. But more recently he has shifted his focus to creating educational games targeted at both adults & children. “I am interested in exploring the benefits of delivering educational content through gaming for a variety of age groups.” Learning Lions, a game he created to help children learn the alphabet, was born out of his interest in educational games.

He had his 15 minutes of fame on national TV:

“I have had one of my games, Tuk Tuk Trials, marketed across national tv on the catch-up platform for Channel 4 in the UK. One of my games last year was featured in over 130 countries and received over 100,000 downloads worldwide in around 10 days.”

As for the workload, he mostly works by himself. However, from time to time, he hires a programmer to help speed up his workflow.

On top of having his own game studio, he has worked alongside other developers and artists on multiple projects.
Favorite Tools

“Unity for game development,” Usman tells me. Unity has given him more free rein in creating complex games. “If I have an idea, I am now able to create beautiful 3D environments as well as create VFX and character animations, which is great,” he added.

Blender, it seems is everyone’s favorite 3D tool and for two good reasons. First, it’s free. Secondly, it’s open-source. “So if you need a new feature you can request it. And the likelihood of it being implemented is a lot higher than other 3D software.”

To create 2D assets such as UI, he leans on the Adobe Creative Suite such as Illustrator, Photoshop. He uses Premiere Pro and After Effects to edit gameplay trailers and dev logs for TikTok.

Usman doesn’t have a typical workday because there’s nothing typical about his work schedule. Working with clients located across the globe, and in different time zones, he aligns his work hours with his clients.

When he doesn’t have client projects, he works between 8-12 hours a day. He starts his workday at half-past 9 in the morning and finishes at 8:00 in the evening. That, of course, includes taking breaks in the middle of the day, either to go to the gym or spend time with his family.

The Best and Worst

Asked about the best advice he received as a game developer, Usman replied: “Always stick to your principles and values.”

So far, it’s been solid advice that’s at the core with everything he does.

“The best by far is being able to do something I love every day and allow my creativity to flourish. I love being able to have an idea for a game and within a few days have a working prototype,” he said about his choice of career.

But just like in any business, there are highs and lows. For Usman, he finds growing a community around his games challenging. Even with all the hard work that you put into creating your game if it doesn’t appeal to your audience, no one is going to download it.

“I think the future of gaming is VR and AR. I think the more immersive games will be successful in the future,” Usman envisioned. He added that with the technology constantly improving and becoming more accessible to the general public, the number of genres in games will increase. “I also expect educational content to start to be delivered through AR/VR as well,” he said.

And as for game development skills, he has this to say: “I think these skills can take you to any other field not restricted just to games. Recently, I read an article from Boston Dynamics where they suggested games development would be the perfect job for aspiring roboticists.”

You can read the article here.

If you want to learn more about Usman and his work, check out: