You are here: Home / Experts / Self-Learning and Standing Out in A Saturated Job Market 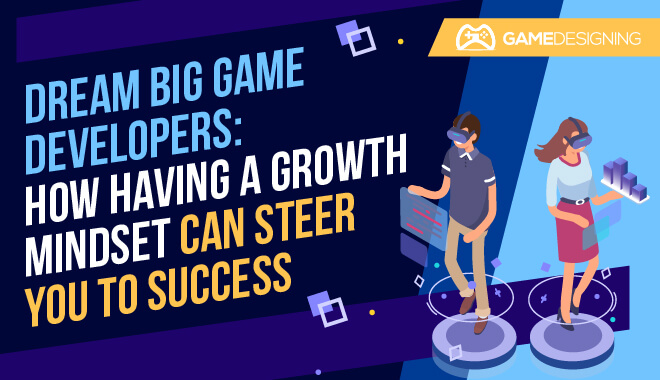 How far will you go to achieve your dreams? Soyhan Yazgan jumped through hoops to become a game developer. He is a Turkish national who moved to Finland in 2012 to pursue his education.

“I spent many years playing video games and being fascinated with technology. I’ve always wanted to be a programmer for as long as I can remember,” he said. When he was in high school, he was confronted with the reality that Turkey was not ready to accommodate a culture of technological innovations. But he gave it a chance.

He studied architecture for 3 years but his heart wasn’t in it. That’s when he knew he needed to make his dream a reality abroad. He settled in Finland. “After some years of searching, I found myself in Finland. Finland has great software and game companies. I got into university to study software engineering. Today, I am a bachelor’s degree, I am making video games, and I am enjoying it,” Soyhan said, retracing his education path.

In 2016, Soyhan ran into a problem with his visa in Finland: “I needed to get a student visa. My original goal was to continue my education in architecture in Finland. But I didn’t make it to the university. I tried my luck in some other category. Then I realized where I am and how much more of a chance I have in Finland to pursue the job I’ve always wanted.”

And as luck would have it, the school he attended offered a major in Games. But it was only for students studying the Finnish language. “I tried my best to get as many courses as possible from that major, even if it wasn’t on my curriculum. In the end, I had a lot of game-related courses to get me to kickstart my own game company.”

Soyhan made everything sound like it was a walk in the park. Determined to learn about game development, he took control of the situation, persevered, and overcame every roadblock that threatened to slow his progress down.

But you’ll be facing a very different reality when you leave school.

Soyhan has his own one-person indie company called Black Poodle Entertainment. “I developed 2 VR games and sold them on Steam,” he said, proud of what he has accomplished. He has worked with video game companies as a 3D designer and game programmer. And has mastered the art of realistic renderings.

He is showing no sign of slowing down. “I would like to collect enough budget for my company and make my own games with my team,” he said. He wants to get ahead of the game by gaining more experience and growing his network of connections.

His contracts dictate the project’s schedule hence, he doesn’t have a fixed schedule. He’s worked the 9 to 5 grind while on other projects, he had more flexibility with his hours.

“The latter is more efficient because many computer people are night owls. The important thing is that I finish the task on time. And the quality meets the company’s standards,” Soyhan observed.

Soyhan prefers using tools that are easy to use, popular, and with a community of users to share tips and ideas with.

He uses the 3Ds Max for 3D modeling. He relies on Adobe Photoshop for editing images, and Adobe Premiere Pro for video editing. VRay is his go-to rendering engine for high-quality, pre-rendered stills, and animations.

He learned a lot of new skills from watching free tutorials on Youtube. For paid courses with access to video game experts and instructors, he turns to Udemy for help.

How to Stand Out In A Saturated Job Market 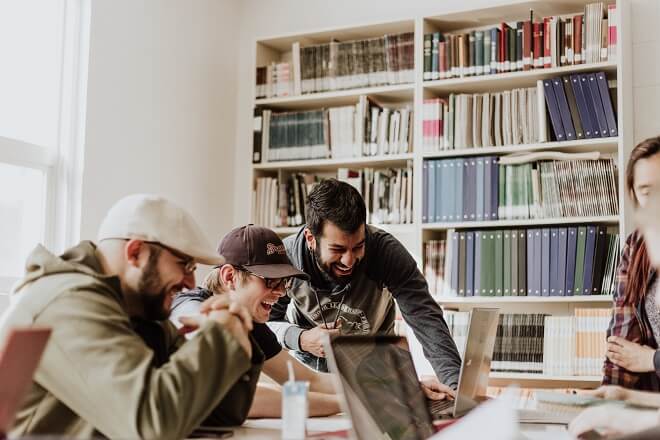 For Soyhan, the best part of game development is building the games and introducing them to the world. As a gamer, he knows the thrill of playing video games. The thought of other players enjoying the game he created is mind-blowing. “To see someone play your game, leaving comments about their experience on YouTube, it tugs at my heart. It’s so emotional and heartwarming.”

The worst part of being in this industry? Like other industries, the job search is the least favorite of the job seekers. And in a saturated job market like the video game industry, it can get overwhelming.

“When I see an ad looking for developers with 5+ years working on AAA title, it makes me furious. That as specific qualification as that is a job requirement. The number of years is such a big issue for these companies. A new, talented, hard-working developer can be very competent. He or she is capable of delivering as good a job as a person who spent at least 5 years in the industry,” argued Soyhan.

So how do you make yourself stand out in the gaming job market?

“I wish someone told me that the programming skill is easily accessible and learned today. The job search sites are exploding with skilled programmers. Had I known, I would have put more effort into studying design and modeling. Even 2d drawing, rather than spending more time on learning the programming languages. Those positions are more valued as far as I see,” Soyhan regretfully admitted.

Soyhan preferred using Unreal engine over Unity. Unfortunately, his school used Unity in all its design courses. “I had to learn all the knowledge myself from documentations and YouTube videos. I built my first game with Unreal after six months of learning. Making the game took one month. After that, another month and I made my second game,” he said.

Be A Team Player

A self-starter with an insatiable thirst for continuous learning is a desirable asset. True, having a community may help enhance your knowledge. But nothing compares to learning it on the job. Soyhan agrees: “I decided to gain experience by working for other companies for the time being. I worked with two companies with less than 10 people and one company with around 100 people.”

Working with a team does have its challenges. “Honestly, I cannot say it is easy to work with others all the time. Everyone has different ideas, ethics, and quality of work,” Soyhan tells us reluctantly. “But in the end, being a group player is important. I must respect other members and try to make the project go forward,” he added.

In a seminar that Soyhan attended, one of the speakers said: Your ideas are worth nothing.

“He meant that everyone has ideas that they want to sell. And a lot of people think they can make millions out of those ideas. But ideas are worthless without execution,” he said. A lot of work needs to go into the execution of those ideas. One has to consider the cost of building the prototypes, of pitching the idea, and on marketing cost.

“It’s easy to say you have an idea. But it’s not easy to spend thousands of dollars in executing the idea. You need to spend to create a team. Then you need to buy assets and all the things you need to build a game. The project could go on for months. Months of hard work, and spending money on advertisements.”

Soyhan knows the importance of marketing all too well. He knows how crucial it is to have a  Minimum Viable Product (MVP). He released his VR video game without a budget in marketing. Then there’s the issue of needing to have access to a VR headset to play the game. Needless to say, his game didn’t sell as well as he hoped it would.

Soyhan uses both Unity and Unreal engines. “Unity is a widely used and known engine. They use it to teach at schools. It is older. It uses C#, which is easy to learn. Unity is simple enough to get in. Making 2D games and that doesn’t need too much graphics power is easy to do with Unity.”

But, when it comes to more advanced programmings, Unity can be challenging to use. “Like in creating multiplayer, particles, graphics, making big projects.”

“Every coder has his or her own style. Sometimes, I check on the code that I wrote 6 months ago, I’d wonder to myself how I made such messy code.” The bottom line, according to Soyhan, is that Unity is good for small, simple projects. For complex projects, he prefers to use another engine.

Yes, there are great games made with Unity. But his personal choice is Unreal engine. “Unreal Engine uses Blueprints, a visual coding. It also uses C++ in the background. As long as modifying the source code is not necessary, C++ is not needed every day.”

Blueprints are very easy to learn. It is not possible to make syntax errors. All Blueprint modules come with input and output modules, color-coded and self-explained. According to Soyhan, this makes programming very convenient and easy. On top of that, Unreal Engine has superior graphics.

“Unreal was a paid engine when it was first released. Epic Games offered the software for free not long ago. That’s why most schools use Unity to teach students game development,” Soyhan said.

The community around Unreal Engine has been rapidly growing. Epic Games has committed to giving a $100M grant to support developers who are using the engine. “Unreal Engine is much more modern, it gets upgraded very often, and superior compared to Unity. If I was a teacher, I would teach Unreal Engine instead. I do not talk about other engines as they are less common to indie developers like me,” he asserted.

The gaming industry continues to expand and grow. People from all walks of life, from toddlers to senior citizens, they play video games. “Video games are not going anywhere. Better technology arrives every day. People will continue to explore Virtual Reality. It won’t be long until the technology is available to users,” Soyhan said as he remains hopeful for the future.

If you want to connect with Zoyhan, visit his website: blackpoodleent.com.