You are here: Home / Learn / Learn How to Make iOS Games with these Free Game Development Tutorials 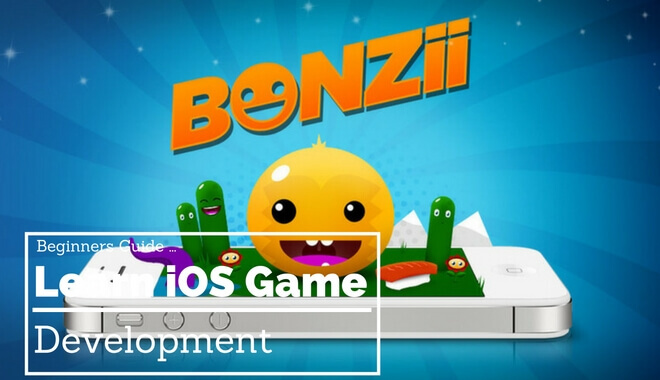 According to Apple, “Swift is a robust and intuitive programming language created by Apple for building apps for iOS, Mac, Apple TV, and Apple Watch. It’s designed to give developers more freedom than ever. Swift is easy to use and open-source, so anyone with an idea can create something incredible.”

Because of Swift’s popularity and power, the world of academia has created courses teaching the development software. Our compilation of tutorials deals with web-based tutorials. We’d be remiss if we didn’t mention that institutions (like Stanford University and Plymouth University) that have started teaching Swift offer free courses on iTunes U.

It’s worthwhile to hop over to iTunes and give those free courses a look after you make your way through the resources we’ve listed for you here.

Get started with Swift by downloading Xcode for free from the Mac Apple Store. Apple calls it “the Mac app used to build every other Mac app and every iOS app, too.” Basically, it has everything you need for the full iOS app development experience (except for the experience itself, that comes as you work with the app… wink).

Once you’re set up with the software you need, it’s time for you to get to learning! This list has a number of resources focusing on various iOS app-designing topics, for a variety of designer skill levels (but we’re mostly focusing on beginners). There are some great resources on here to help get you started.

Don’t be afraid to take your search back to the web for harder tutorials as your skills develop.

Where to Learn iOS Game Making

Did you see this one coming? You likely did. Apple offers “The Definitive Book” since, you know, they created the software… You can download the guide for free in the iBooks store. They also have a “resource” section, which includes presentations, sample codes, guides, and video tutorials.

What’s more, if you like to learn by doing, and you have an iPad, Apple announced a really cool iPad app for you earlier this year: Swift Playgrounds. Swift Playgrounds is a “learn while you play” kind of app. You actually learn the basics of Swift as a way to solve puzzles in the Playground. Who knew learning could be fun?

The other resource Apple offers is the Swift Blog, which will keep you up to date on any new software news.

Have you ever heard of that little game, made a long time ago, where you try to place falling bricks of different shapes to avoid leaving gaps? Yes, we’re talking about Tetris! We’re so proud of you for knowing that. We used to dump hours upon frustrating hours into that game on our old-school, brick-shaped Game Boys…

Then we’d experience that funny phenomenon where, if you play too much tetris, your brain keeps looking for the brick patterns long after you’ve put the Game Boy down. Everything looks like “L” bricks or “T” bricks or square bricks. The mind is a funny thing.

You might be thinking “wow, they’ve finally lost it.” The good news is Tetris is relevant to this tutorial. So we aren’t crazy. Yet.

You see, Swiftris, if you haven’t figured it out by now, is a combination of Swift and Tetris. It’s a free tutorial that walks you through the steps of building a 2D puzzle game for iOS, using Swift and Spritekit (Apple’s 2D dev software).

All you have to do to start building your own version of Tetris is enter your email! That way they can sell it to all their partner companies send you other relevant development information (most likely).

Swifts is from Bloc, which has a wealth of free-to-use tutorials for simpler game development. They teach about user interface and user experience, too, which will certainly come into play down the line as you start making stuff for, you know, people that aren’t you.

This site has some free-to-use material, but it tempts you with offers of much, much more if you just fork over a little hard-earned cash. One element that’s free is the Swift Knowledge Base which, according to the creator of the site, has “answers to almost 300 of the most commonly asked questions” from people using Swift and Sprite.

For no money, you get 40 projects from Hacking With Swift, plus their Introduction to Swift content. Everything is up to date (as in tutorials for swift 3 and iOS 10).

They also run a subreddit, so if you have a specific question you can fire it off in there and cross your fingers for an answer (just kidding, they seem pretty responsive and should get back to you before too long).

Hacking With Swift also has videos of “Xcode tips and tricks.” Those are not free. You must pay to view that content. You also miss out on their guidebook which not only has revision notes but more exercises to practice with as well.

The way we see it, you have two options: If you’re new to Swift, you should start with their introduction. If you know some Swift and you really want to make a flappy bird knock-off, you can jump right to Project 36: Crashy Planes. The choice is yours. Go get ‘em, Goose!

AppCoda has a ton of free iOS tutorials, though they aren’t specifically for game development. They teach everything from creating gradient colors to developing a barcode reader.

It’s definitely worth browsing their tutorial catalog to determine for yourself if anything looks interesting and/or applicable to you. Just because they aren’t game-related does not mean you won’t find a clever use for them as you head out on your iOS game design adventure.

The most helpful resource from AppCoda might be their beginner’s guide for Swift 3, Xcode 8, and iOS 10. Again, the guide is based around app-building in general, not the game niche. If you want to start broadly with your iOS software developing skills, AppCoda could be your spot. You get 150 sample pages of the beginner’s guide for free.

If you want the full 600-page version, you can drop the $39 for it. They have other “package deals” with extra features (at a higher cost), like the starter kit, which gives you access to the intermediate programming tutorial too.

The Make School offers tutorials that help you make your own versions of games that already exist (like the hit game 2048 or Timberman). Some of the tutorials deal with Swift, and others actually deal with C++ or Cocos Studio.

They also offer an online academy. This lets you enroll in online “courses” and allows you to track your progress as you move step by step through the program. It appears to be completely free for both the tutorials and the online academy courses.