You are here: Home / Learn / Learn How to Create An io Game From Scratch: The 7 Things You Need to Know 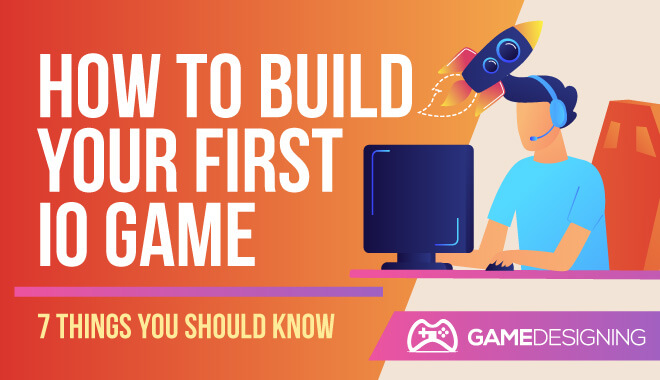 What is an io game? You may be asking yourself that very question, and to be frank, it is a little unclear as to what it means. But that doesn’t mean you can’t take advantage of the genre, which is a form of browser-based games that are free to play and are more casual in nature.

Think of a clicker or idle game; this is kind of the next evolutionary step, so to speak.

“.io is the ccTLD for British Indian Ocean territory and also stands for input/output. This domain has gained popularity among startups and online entertainment in the form of IO games.”

In a League of Its Own 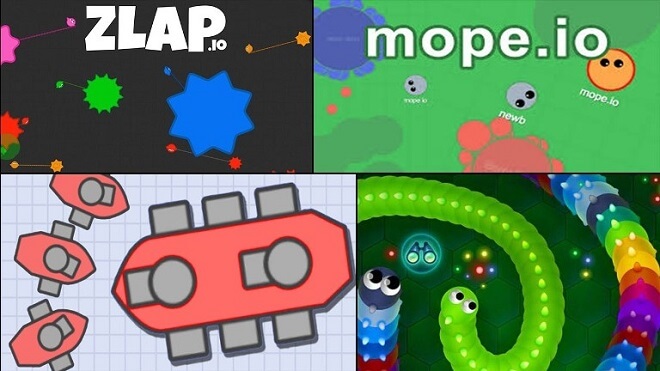 The .io doesn’t necessarily mean it has to come from the British Indian Ocean territory but rather, it represents what the games try to do: provide simple, yet addicting gameplay from your browser.

Think of the glory days of miniclip.com and Flash games. Think of Newgrounds, games that were free to play through Flash. I spent hours playing fun and unique games on that site, and io games seem to be the logical successors in that chain of creative energy, especially with their far reach in the gaming world. The internet strikes again!

An aspect I love about io games is that it has been a universal consensus that .io has been used for being a memorable domain, i.e., ‘looking cool.’ And in their defense, it definitely sounds more refreshing and more futuristic than .com or .co.uk!

But basically, it is the equivalent to countries using their own domains. Think of countries like Germany’s .de, or Japan’s .jp. Many tech startups actually lean into this entirely by embracing the io domain.

The ease in which to play some of a large number of io games is honestly impressive. They can be found on multiple sites to play for free. And that is a large part of what makes an io game an io game.

The free, often multiplayer-based, and casual nature define the io genre. io games are unique in that what I listed here doesn’t necessarily have to fit the criteria to be considered an io game; those are just some commonalities the games share.

Overall, io is a new and exciting subset of online games, and you may be wondering how you can break into developing io games. I compiled a list of 7 things you should know if you are looking to become a developer of io titles.

What Are io Games Coded In?

io games have great versatility when it comes to coding. They can be coded using JavaScript, C++, and C#.

With the help of engines, you might be able to get a more straightforward developmental process, especially if you are a coding newbie. But part of the beauty of developing io games is the simplicity of coding and designing.

Instead of clicker games taking possibly months to make, these games have a much quicker turnaround time, especially with a team of individuals.

How Many io Games Are There?

As of right now, there are a few hundred. I was surprised, as with their pure nature and casual play, I thought that the market would be flooded with at least a hundred more titles. Just because the number is lower right now, don’t think it will stay there longer.

Game developers are always throwing ideas out into the universe, and I expect that io games will grow in the library and popularity in the coming months. I’m talking potentially thousands by the end of 2022.

Some are making their way towards the Steam Greenlight, no doubt ushered in a new era for them.

Who Made io Games?

Indeed, who are the mysterious individuals behind these unique titles? A secret, Illuminati-like association? The Freemasons? Secret government officials?

Well, sorry to get you excited, but no.

io games are made by small-time game developers. Much like clicker games, these can be smaller teams or even single individuals.

In the case of some great titles, they were developed by a one-man team consisting of Brazilian developer Matheus Valadares. There is a pretty big indie feel to these games. They display a lot of creative brainpower and determination on the part of the developers. In other words, io games are made by gamers like you.

What Are The Best io Games?

This is one of the biggest questions to answer, and a question I know you’re dying to hear the answer. You don’t want to waste time with poorly made games. No! You want the best there is out there!

Of course, like any game genre, they contain different types of games ranging in quality. No doubt, you will have some lower-end stuff that you probably wouldn’t want to play on your worst day, but there are some great titles out there that you can play completely free that is a blast.

Here are some fun and innovative io games to give a spin. 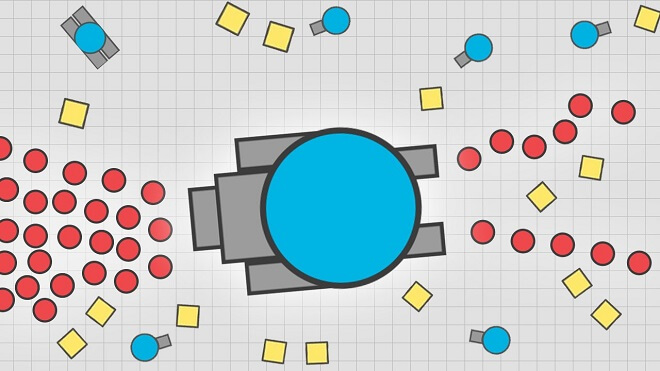 This is a fun little game that instantly reminds me of the old video game classic, Asteroids. In Diep.io, you take control of a ‘tank’ in which you must shoot at geometric shapes. Sounds simple, right?

You, along with other users, go around destroying a bunch of shapes in a surprisingly high-octane game mode. When researching, I was actually entranced with the game, not realizing how much time went by. I was immediately thinking of how well clicker games killed time and realized that IO shares many of the same features.

There are different tanks, upgrades, bosses, levels, and mechanics. A great place to start your IO journey. 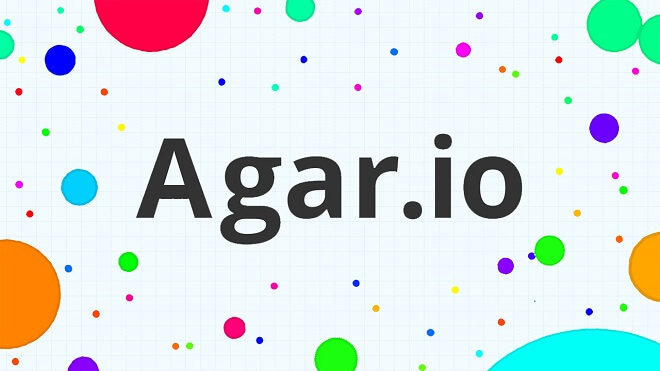 This is considered one of the most popular IO titles out there. You’ll love this description.

In Agar.io, you are different cells, trying to grow more cells in a petri dish. You do this by acquiring agar, which is defined as “a gelatinous substance obtained from various kinds of red seaweed and used in biological culture media and as a thickener in foods.”

That’s for all of you non-science heads out there! You continue to acquire differently, randomly generated agar to grow your cells.

Not only is it addictive on its own, but there are also multiplayer modes, so you can improve your cells via agar with others…or others. Valadares and his endless ambition strike again!

I watched a humorous game round in which a player, named ‘ComeAtMeBro’ went head to head with another player that sported the infamous Doge meme as their avatar. This kind of goofy yet addicting gameplay and community shows a lot of fun promise. 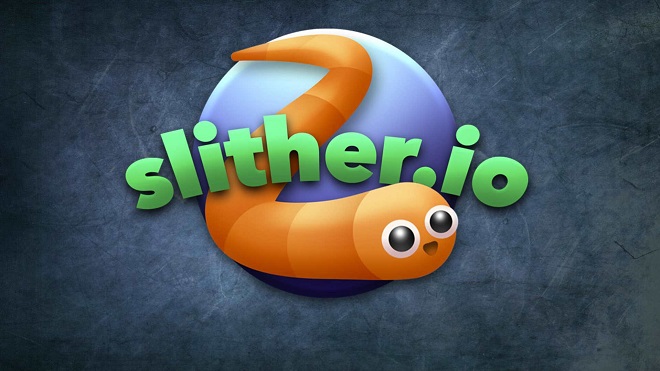 One of my favorite old cell phone games was (and still is), the famous ‘Snake.’ Spending hours on primitive technology trying to eat as many dots as I could while trying to avoid eating my own tail was surprisingly tension-filled and addictive.

Slither.io reminds me of that same style of gameplay, and most importantly, the feeling I got while playing. It shares a lot with its contemporary, Agar.io, (and snake!), by eating bits and growing your snake. Much like a snake, you control an avatar (in this case, a worm instead of a snake), and you are forced to be continually moving forward.

This adds the signature challenge of both games: can you keep moving forward, growing the worm as much as possible while avoiding every other part of your body? It seems easy at first, but it can get truly insane.

I recommend this for old Snake fans and is a high entry point for those of you who think I sound like a fossil, talking about past Nokia cellphone games! The mobile options bring this great gameplay back to cellphones, becoming somewhat of snake’s successor. You’ll be screaming with excitement, anger, frustration, joy, and more with this title.

What Are The Skills Needed?

Well, along with some coding skills, you honestly need a lot of ambition. I know it isn’t something that you can necessarily learn. Still, determination and enthusiasm will be the primary fuel for your IO game fire.

Along with ambition, the skills needed are a good working knowledge of some necessary coding. Of course, an understanding and proficiency of C++ and C# are highly recommended. But if you don’t know either of those programming languages, use your unquenchable ambition to learn!

There are a ton of (free!) resources out there and free game engines like Godot to hone your craft. There really is no excuse. Up and at ’em, soldier!

Working as part of a team is also a useful skill. If you can’t work and communicate as part of a larger whole, it may be challenging to bring your project to fruition. Also, planning ahead can make all of the difference.

If you aren’t familiar with game documents, they are basic outlines to share with a team. This is a great resource to communicate better with your team.

Platforms and Software to Use

As with many more indie developments, you can harness the power of multiple game engines, using some free-to-use engines, as well as simple code, which can help develop IO games.

For example, Agar.io was developed entirely using C++ in JavaScript by Matheus Valadares. It can be that simple. However, as stated before, if you aren’t precisely adept with programming languages, this may be difficult.

This is the part where you can learn to code or bring on other team members to do some heavy lifting for you. It may be costly and end up being a loss for you financially. If money is no issue, by all means, hire a team and crank out a title in no time!

But overall, I recommend those with a knowledge of basic programming pick up the mantle here. As I have said before, there are many different resources online, and through free games, engines to test out coding skills.

There are many tutorials for said game engines too, so get coding, and show us what you’ve got!

References and Resources by Developers 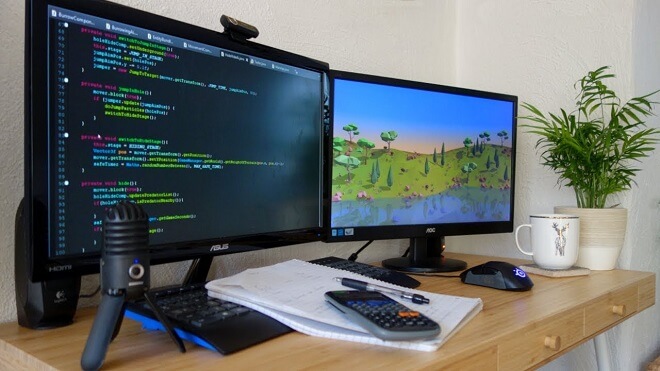 In that same vein, there are a ton of resources and documentation available to you in the process of developing io games. If you deep into game engines like Godot, there are some great communities for multiple aspects of the engine and what it can do.

However, you don’t necessarily have to use Godot. As I said, Matheus Valadares used primarily just JavaScript and simple programming languages available to nearly everyone.

Also, be sure to check a bunch of valuable YouTube channels for some sweet visual stimulus, or more importantly, tutorials.

I hope this clears things up about io games. I went from thinking it was content-based in the Indian Ocean, (want to go for a swim?), but found them to be charming, browser-based casual games in which the very future of these types of internet games will evolve.

They are already bridging the gap from browser to Android and other platforms. Not only that but games like Agar.io have been greenlit by Steam, showing that they are making a valuable transition to gaming platforms that I believe shows a very promising future for io games.