You are here: Home / Learn / The Role of Physics in Video Game Design (For Fun…and For Computing Power) 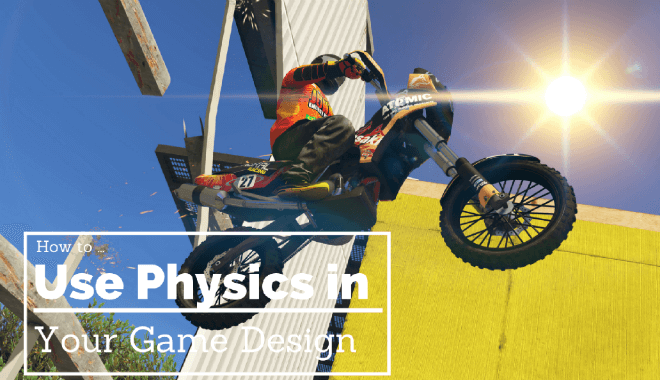 These might be some of the exciting thoughts that popped into your head when we brought up physics.

Ok, that’s probably good for now. Feel free to shout ‘em out if any more come to you.

The forces and energy behind physics have always impacted our world and everything in it. And while we have learned quite a bit about how the universe works in the last 2600+ years, there are new breakthroughs in our understanding of forces and energy and nature happening all the time.

To escape the dangerous reality of rogue waves and falling fruit (and physics class!), we often stay in the shelter of our home. There, we can seek solace in video games.

Or can we? Surely you’ve noticed that many video games these days, especially of the AAA variety, are heading far down the path of realism. And with computer graphics on this photorealistic path, we have to wonder…

How strictly will games adhere to the laws of the universe, as we understand them? How important are the laws of physics in video games?!

Graphics are looking pretty good these days. When virtual reality and futuristic graphics meet, miles down the road, it’ll be amazing. We’ll finally realize that we’ve actually been in a simulation this entire time (wake up, Neo).

It’s amazing to dive in and explore the beautiful scenery and wander around incredible places (all without leaving the comfort of our home!). Games have physics in their design–but to what degree? Do games use the same physics that guide our real-life universe? Well, kind of.

The Role of Physics

Video game physics are modeled after our understanding of real-life physics in a number of ways.

There are a few reasons why mimicry, and not exact physics, are used in games.

Consider a game franchise like Grand Theft Auto. If you’ve driven an automobile IRL and an automobile in GTA, you’ll notice that they behave very differently. Collisions (hopefully you haven’t experienced this IRL), acceleration, deceleration, turning, etc., a big difference between the two.

The Grand Theft Auto franchise would lose a lot of appeals if driving the cars in-game were like driving cars in-life (anyone who’s glided around Vice City with flying car mode activated can back us up on this–Yeah baby!).

In a real car, you’re not “catching mad air,” ever. But in GTA you can do it. Your tires are super-grippy. You can take turns too fast. All that good stuff.

Physics in a game should boost the fun, not eliminate it! If making your game more realistic (i.e. with more realistic physics) makes it less fun, then it’s probably not the right design move.

Physics that seem to behave realistically, like shooting arrows in a bucket and having the weight of the lodged arrows impact the bucket, can be cool (thank you, Oblivion). Not so long ago, that kind of thing didn’t show up in games–when it first appeared, it was awesome.

And games, where the puzzles involve using the weight of random objects in the world, was pretty darn neat, too (like half-life).

Gravity is another element that’s fun to mess within games. Being able to jump really high, like in the Crackdown franchise, is a fun departure from reality. And any space-based game tends to ignore many realities of how space travel would actually work.

Sports games have gotten way more realistic over the years, in physics and in graphics. They used to be full of “speed boosts” and “fire” bonuses from your character’s hot streaks. You can still find speed boosts in some sports games, but franchises like Madden call it something more serious (and boring), like “acceleration burst.”

It’d be fascinating to watch payers IRL all of a sudden take off downfield with a blue Tron streak behind them, but alas, speed boosts just aren’t for the real world.

These breakaways from real-world physics behaviors get explained away with convenient cybernetic enhancements or futuristic tech (or sometimes they’re accepted as part of the game, in the case of sports games)–but it’s ok with us, the players.

As long as these departures are consistent within the game, and–more importantly–fun, who needs Newton’s Laws?

What goes up must come down!

It’s possible that you think of physics equations as something programmers code right into their games. But that’s not always the case.

Video games need to be told what to do. They aren’t processing advanced physics equations thousands of times over or solving for variables. They’re computing simplified equations that mimic real-physics.

And not even the real world runs on the physics equations we’ve come up with. It’s not as if the universe is running trillions of these calculations in real-time.

Physics and the equations involved are a way for us humans to understand what’s happening–we invented these manmade equations to explain what we’re observing. Which is kind of a neat way to think about it?

Of course, if this really is a simulation that we’re already in…then everyone’s wrong and there are physics equations running behind the scenes.

A helicopter in a game, for example, isn’t designed to actually take off against gravity. It’s more likely that the gravity simulation in the game turns off when you “take off” in the helicopter.

The rotors, which need to lift and stabilize the vehicle in real life, aren’t actually countering any acting forces in the game. The programmers more likely just write code to simulate it–

–In many cases, anyway.

Things like trajectory, or how light rays are reflected, or even characters jumping do involve some physics equations. That’s why a lot of physics coding is actually being done by science graduates. But the final “physics“ decisions for the game ultimately come down to the input of the designers.

Fascinating, isn’t it? What a time to be alive simulated!

Including Physics in Your Game

So if physics are just simulations and not actually the equations we use to describe energy and forces and natural laws–how do you go about getting it into your game?

A lot of developers turn to middleware. Certain companies, like Havok, are middleware providers. Middleware is software that mimics physics. It can include elements like collision detection or rag dolling.

These can be costly additions to a game, both from a computing-power and a time-cost standpoint. Developers use physics middleware as a way to more easily add mostly-believable physics-simulations to their games.

And then there’s always physics-based games… Angry Birds, Goat Simulator, etc. The fun of these games relies on physics–augmented physics, but still physics: gravity, velocity, trajectory, momentum, collisions, etc. For now, you can make a game with passable physic behavior, or a game that focuses heavily on physics.

Programmers take a lot of shortcuts when it comes to physics. While the formulas might be rooted in “real” physics, things are getting simplified behind the scenes.

There are elements that go untouched–the level structure (unless it’s an environment you can damage, like in Battlefield), everything under the surface of a body of water, or things that would bend or flatten IRL but don’t in-game.

It will be interesting to see where future gaming improvements take in-game physics simulations. For now, though, we’re content with Goat Simulator.

There are some great resources to take advantage of to better learn physics. Along with reference texts, there are sterling examples of games that execute physics masterfully. Here are just a few of the best physics games. 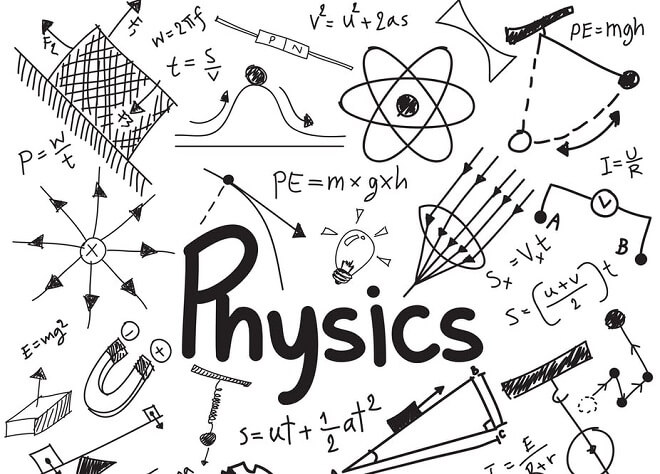 Portal is the beloved title from Valve. In it, you create portals to solve puzzles in the game environment. Although a great puzzle game, it’s an ever greater physics game. Hiding under the veneer of a solid game is an interesting study in game physics.

Fun with Ragdolls: The Game

Fun with Ragdolls: The Game puts you in the role of a ragdoll. In three different game modes, your ragdoll with jump, smash and fly around the game environments. You get points by being daring and creative.

Art of gravity is a voxel and physics-based puzzle game. In it, the player uses physics and gravity to destroy abstract objects and structures. This simple act creates mesmerizing visuals. Although it’s a fantastic visual effect, it also exhibits how physics can be done in a fun and interesting way in video games.

An iconic title, Half-Life 2 is a sci-fi tour de force where you battle aliens and humans through multiple, detailed environments. Gordon Freeman is a scientist turned freedom fighter in a dystopian world.

Universe Sandbox is a fantastic universe simulator. Being set in space, it naturally uses an amazing amount of physics and gravity to power gameplay. Players can run simulations of different gravitational effects on celestial bodies. Things like comets, asteroids, stars, planets, and black holes all make an appearance in this title.

Tips on How to Study Physics 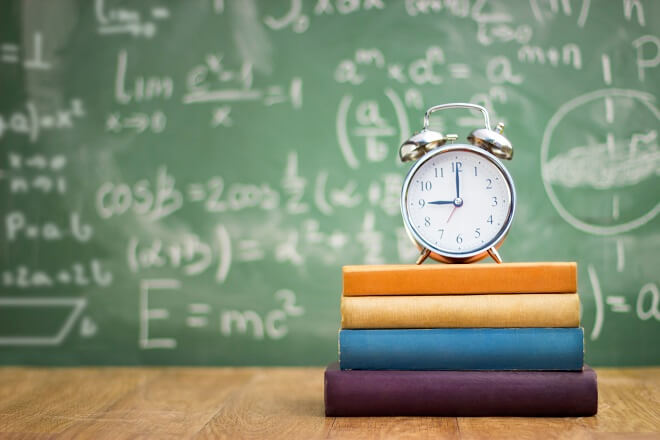 Studying the field of physics is pretty much the chief way on how to be good at physics.

While reading material can perhaps get a little dull or dry, solving problems can illuminate a ton of important concepts and info about physics and how it’s applied.

Use Everyday Experience for Reference

Chances are, you are already familiar with basic physics. If you have ever walked, run, thrown a baseball, or jumped, you are an unofficial basic expert in physics. However, more advanced physics moves beyond sports and running.

Studying math is the key to a more successful time with physics. Mathematical knowledge is the bedrock of all physics and is extensively used within the field.

How To Solve Any Physics Problem in 5 Steps

Read the problem, understand the situation.

This is crucial. You need to be extremely careful with the problem and its wording or framing. Reading it wrong can send you into disaster right away. You need to break down the important information and focus on the problem.

Don’t fret too much over it, but make sure you are familiar with it.

After reading, organize your thoughts and diagrams into an easy reference so you can better understand the prompt.

State the Equation and Formulas

Write down the equation using the appropriate formulas

Use the formulas and your knowledge to solve the problem

Check and Double-Check Your Answer

There are easy math mistakes that you can overlook if you don’t seriously check your work for errors.