You are here: Home / Learn / Why Does Video Game Development Cost So Much? A Full and Line-by-Line Breakdown 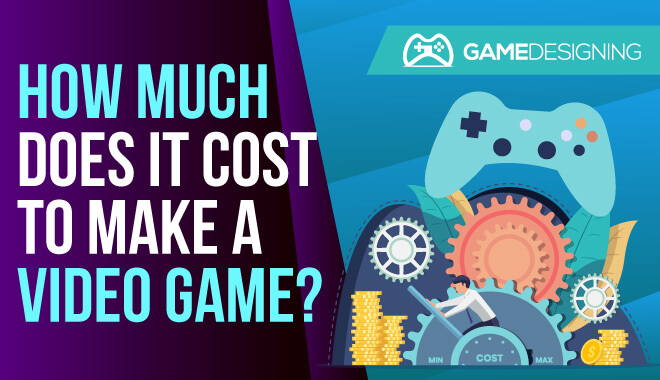 In 2009, Call of Duty: Modern Warfare 2 was released. It was then the most expensive video game ever developed. With a 50 million dollar development budget, a 200 million dollar marketing budget redefined what it meant to develop games.

Why Does It Cost So Much?

How did games like Grand Theft Auto V and Call of Duty break barriers with their blockbuster budgets? Well, it turns out that games are pretty expensive to make.

While we enjoy the fantastic gameplay, stunning visuals, and tight gameplay of released games, we don’t see the hard work behind them. Games require dedicated teams of professionals to work late nights, develop, and test their projects to make sure that they not only see a successful release but please fans of the genre.

Keep in mind that Infinity Ward, the studio behind the game, was riding high as the FPS development kings. These days, high-level game developers can easily make six figures. For the golden boys at Infinity Ward, this undoubtedly made their game significantly more expensive to produce.

Making sure the game is ready by launch day is one of the most critical game development stages. This is where a ton of effort comes in, as both the development team and beta testers come together and put the game through the wringer.

They will search for bugs, glitches, and see what works and what doesn’t. A poorly tested game has the danger of earning a terrible reputation, like Kane and Lynch: Dead Men. Aside from the controversy surrounding paid reviews by IO Interactive and Eidos, the game itself clearly wasn’t tested well enough. By both 2007 and today’s standards, it’s a buggy mess whose reputation lies not with the gameplay itself but also the lack of useful game testing.

You want your idea to be your own, right? Part of the game creation process is licensing your IP or intellectual property. IPs are unique works of art and more, that studios and people make. For example, Halo is Bungie’s IP.

Intellectual property rights are legitimate legal copyrights and trademarks that every game studio and company needs to be aware of.

There are two types of patents that prop up the success of intellectual property rights.

These are designs by a company that can’t be stolen or used without the parent company’s express permission. Microsoft can’t use a Sony design for the Xbox controller.

This protects the actual design of the item or work of art. Pepsi can’t use the Coca-Cola logo; EA can’t make a game with Master Chief.

The game cost calculator allows you to plug in some pertinent info regarding your game, development team, etc. You could specify that you’re merely updating a game or starting from scratch.

There are other aspects to choose from, like how long your project is estimated to take and what your team will excel in. It’s only five questions, and it can give you an imaginative picture of what game development might look like to you.

In the end, they send you a ballpark figure of what a game and all its nuances might cost.

Video Games and Their Cost Through The Years

Games have stayed at a constant $60 since the release of the seventh generation consoles like Xbox 360 and PlayStation 3. Depending on the game, it may seem like a lot for a game that might only result in 9 hours of gameplay. We want more out of games if they are going to cost us a considerable amount.

It may be surprising to learn that ever since the disc became the de facto game medium, prices for games (with inflation in mind) have actually gone down in price.

Back in the mid-1990s, game cartridges sometimes cost upwards of $113 in today’s money. Due to deflation, discs have grown steadily since their adoption in the 1990s. So next time you see a $60 price tag on the newest Call of Duty, keep in mind that $60 is actually one of the cheapest price tags that games have ever been in the past 20 years.

How Much Does it Cost to Make an Indie Game?

Indie games have a ton of variables to them. You could create a game on a shoestring budget with one person or end up with a larger budget group. Some games cost thousands of dollars, others hundreds of thousands.

This is where the game cost calculator comes in particularly handy, as it will give you a more general idea of where you stand when putting together a realistic indie game budget.

Don’t get it twisted thinking that indie games are cheap, either. If you have quite a few people working all at a set amount, it could even cost millions to make.

It realistically will cost a game studio, even a small one, thousands of dollars to market a game. Even Infinity Ward spent 50 million dollars marketing one of their most popular games in video game history.

Setting Up A Gaming Company: Cost

Unfortunately, it isn’t just declaring that you have a game company. Those who want to create their own game company need to consult lawyers, get trademarked and other applicable practices, hire people, and make sure you have great software.

An indie game developer’s salary puts their time at around $90 per hour. However, like anything else, this depends on so many variables as to ignore this figure.