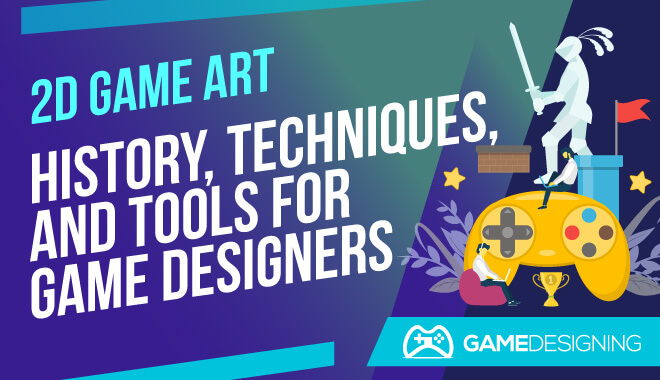 Video games have been known to have some of the most breathtaking modern visuals in any medium, only rivaled by technological advances in film.

Although seemingly being debated all the time, we firmly believe that video games are art. I mean, the whole thing is made up entirely of art. Well, okay, it’s a little more nuanced than that, but we stick by our positions.

Video games have become such an intimate and creative art form medium to communicate messages, stories, and symbolism to the player.

2D art is simply art that isn’t 3D. It’s a bit broad and covers the majority of art styles. For example, an oil painting of people on canvas is a form of 2D art.

Same with a picture.

Unless forms of drawing or painting in which the artist is actively trying to simulate 3D perspectives, all of them are 2D art. Other forms of 2D art are cartoons, and of course, certain video games.

If depth is added to a painting, it then transforms from merely two-dimensional art to 3D art. The same goes for game design. 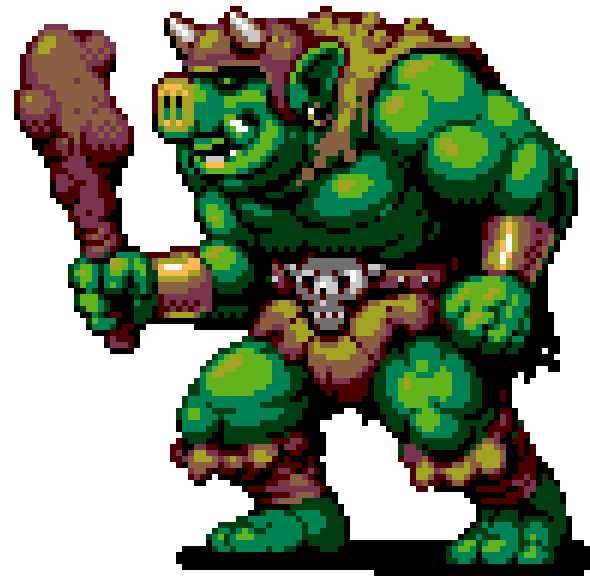 2D pixel art has always been popular. While at one point it was all that games were able to process in terms of graphical power, 2D pixel art is still wildly popular today. It wasn’t only included in video games. In fact, 2D pixel art predates the invention of the video game by quite a number of years.

2D pixel art goes further back in time than the first video game by centuries. Some first prominent examples of the 2D pixel art process were mosaics crafted on the walls of ancient cities. The tradition continued steadily for years until the present day.

Outside the gaming world, 2D pixel art can be found everywhere. Examples include posters, pegboards with plastic beads, Lite Brite, and the very first digital image by Russell Kirsch. The image, a portrait of his son, Walden, was made up of 30,976 pixels.

However, this was a long time ago. You may be more familiar with 2D pixel art making up the 8-bit or 16-bit graphics of games like The Legend of Zelda, Final Fantasy VI, Mega Man, and more. The very first example of 2D pixel art in game design is in Atari’s Pong.

2D pixel art, along with being made up of individual pixels, makes its way to your gaming monitor in the completed form of game sprites. Sprites are bitmaps that are combined to create a larger product like a character or environment.

2D pixel art is a favorite game design tool for a number of studios. It creates a retro-style feeling to a modern game. A great example is Hotline Miami. A modern-style game drenched in retro style and vibrant 1980s colors.

Cel Shading, also known as ‘toon shading’, is a game design technique where the designers manipulate the shading in an image to make it appear flatter. A creative mix of lighting, shading, and color makes visuals seem truly unique.

Not only that, but cel-shaded games seem to hold up visually better than other games. For example, Jet Set Radio still looks creative and timeless, while games released at the same time have graphics that now seem like eyesores.

Talented illustrators, designers, and artists put in a lot of time and effort to create this truly unique, timeless 2D game art style.

You may be familiar with some famous examples of cel-shading, namely the art styles in Team Fortress 2, Dragon Ball FighterZ, Sly Cooper and the Thievius Raccoonus, The Legend of Zelda: The Wind Waker, Viewtiful Joe, and Jet Set Radio. There are even more modern titles, like The Legend of Zelda: Breath of the Wild for Wii U and Nintendo Switch. Cel shading isn’t unique to just game design. The 2006 film, A Scanner Darkly, used cel-shading in the entire movie, giving it a unique color and lighting style. 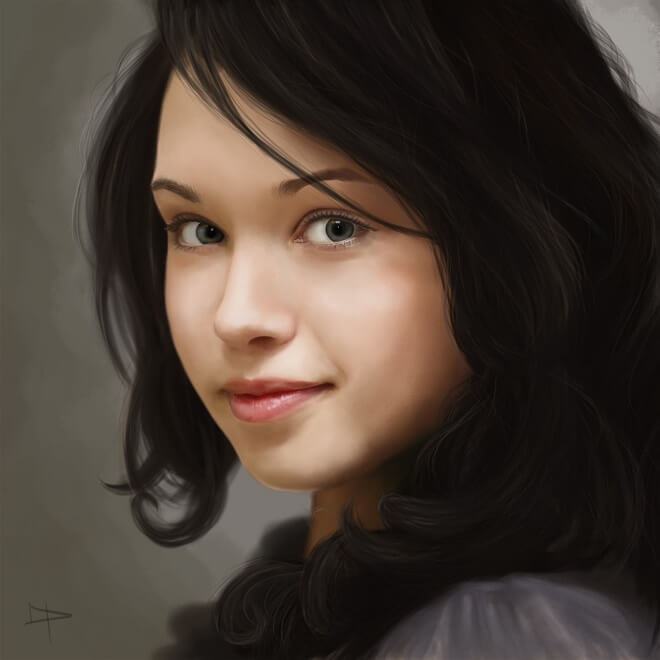 Realism is probably what you’d expect. The realism art style focuses on creating extremely real-looking, high-resolution images. The main aim of realism in the arts is to create and represent images with all the truthful aspects of the image.

For example, in a realist painting or drawing, the artist would possibly implement things like blemishes on someone’s skin, rather than omit them from the drawing. This creates a striking vision, especially in games.

With game art and graphics developing at a rapid pace, most game models and characters, depending on the game, have a realistic flair reminiscent of the realism art movement. 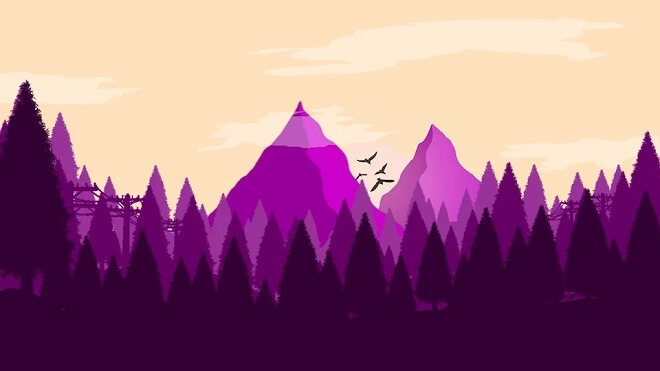 Flat game art is exactly that: flat. It is similar to geometric art, however, it’s not as simplistic. Flat art overlaps with different art styles, namely pixel art. It’s a quintessential 2D game art style, as it puts the emphasis on the flat and simple aspects of the background, enemies, characters, and other content.

A great example of a ‘flat’ game is something like Kentucky Route Zero. 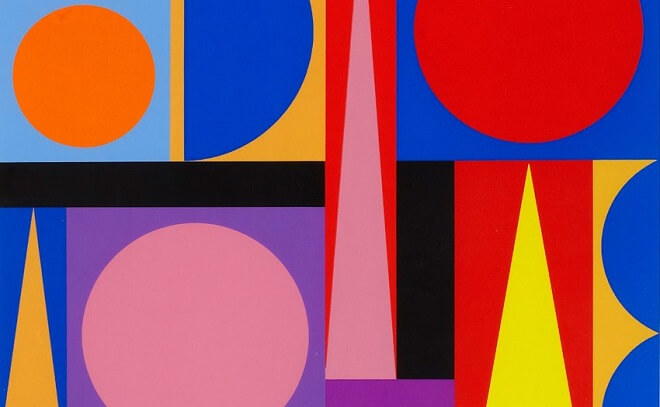 Geometric art deals primarily in shapes. While they don’t necessarily need to be simple shapes, geometric game art puts a great emphasis on shapes in its game world. In games like Geometry Wars, players control literal geometric shapes by shooting at other very simple geometric shapes.

The same goes for more retro titles like Asteroids and Pong. Dungeons in old RPGs used to just be rudimentary geometric squares and rectangles. Some great samples of geometric games are titles like Geometry Wars, Pac Man, Asteroids, Pong, and the platformer, Super Meat Boy. 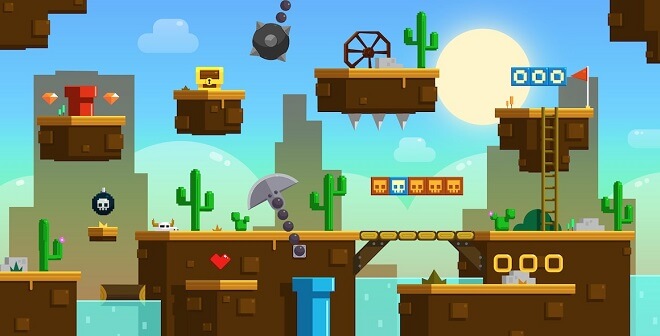 Vector game 2D game art is a favorite amongst game designers. The user interface, GUI, characters, environment, and more are all made using polygons. Think of it as a unique mixture of geometric modeling and pixel art. A favorite feature of vector art is its amazingly high resolution and graphical capability.

Some notable examples of vector game art are The Banner Saga, and Ghost Trick: Phantom Detective. 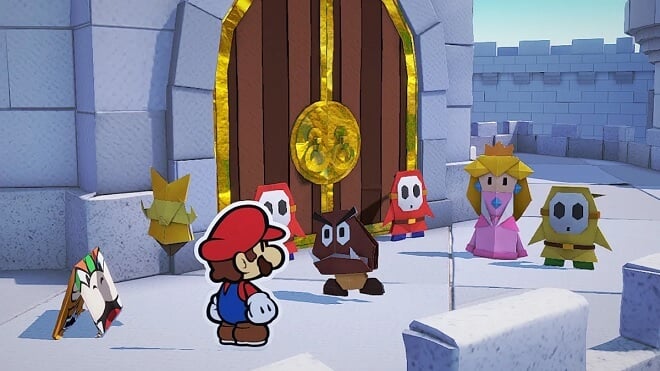 The design of the Paper Mario games, you guessed it, gives the impression that the characters and game world are all crafted with paper. It gives a unique and striking depth to shapes, settings, items, and more. 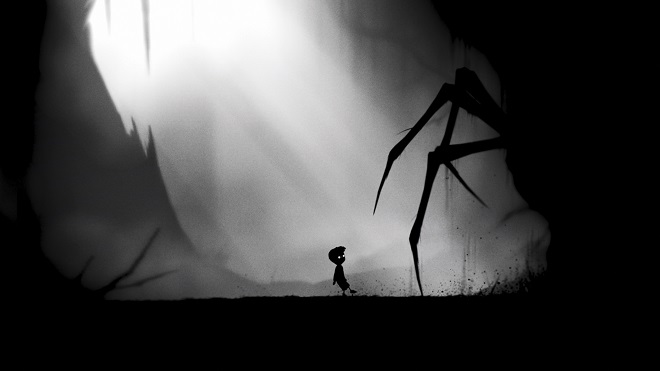 Monochromatic, ‘mono’ meaning ‘one,’ and ‘chroma’ meaning ‘color,’ you can see where this is going. Monochromatic game art is when graphics, backgrounds, designs, and settings are all one hue.

For example, in Limbo, everything is gray and black. This creates a unique setting where lighting, depth, and mood all intersect to create patterns, effects, and contrasts that puts emphasis on ambiance and other emotions like fear and hope.

Some great examples of the monochromatic approach in video games are titles like Limbo, Inside, and Return of the Obra Dinn.

How to Create 2D Game Art

Now that we know a little more about the intricacies of 2D game art, let’s see exactly where and how you can create your very own designs. We’ll include various resources, services, assets, software, and design tutorials.

But First, Some Game Assets

Assets are the objects and miscellaneous aspects that populate your game. For example, a sound effect when a car explodes is an asset. Characters, buildings, and other aspects of the game world are assets. Game UI like the HUD, health bars, ammo counts are other great examples of assets.

That’s why you want to get your hands on the very best game designer assets you can. There are of course 3D assets, but for this purpose, we’ll explore some of the best 2D assets you can get a hold of. Keep in mind that there are both paid and free game assets. We’ll show you our current favorite free resource.

Open game art is just that: open and free. It’s a fantastic website chock-full of great, free assets for any level of a designer to take advantage of. Not to mention a great alternative for paying for assets, especially when starting out.

There are things like free medieval tilesets, free textures, sprites, and more. If you want to tap into your inner RPG maker, we might recommend the following asset packs:

Of course, these tilesets and sprites have great reviews and the site also has a great community of artists to interact with. While there are many other free resources for sprites and tilesets, this is our favorite site for acquiring quality content. 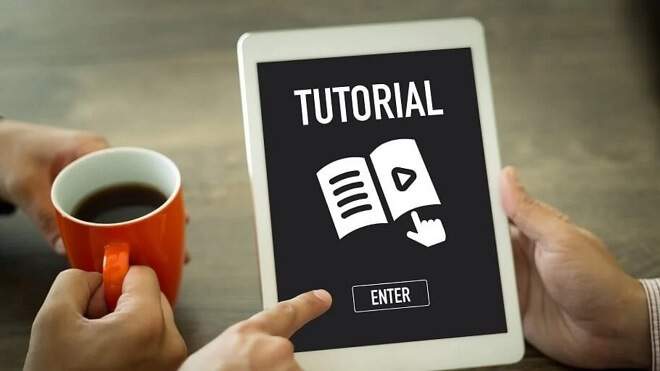 GIMP is a fantastic free program that can give you a great start in 2D game art design. It has tons of information, documentation, and resources to allow you to create simple and complex drawings and paintings. This is easily one of my favorite design programs and services out there right now.

You can download GIMP for Windows, Mac, and Linux.

Inkscape is a drawing program and a great, free design tool. It has a ton of options in terms of object manipulation, drawing detail, brushes, pencils, rendering, node editing, and text tools. Like GIMP, it’s a great learning tool for aspiring artist. It will give you the experience to increase your skills and maybe even start making art for a game.

The undisputed king of photo and image manipulation, Adobe Photoshop has rightly earned its reputation as the premier art editing program. While Photoshop aims to help you enhance and edit photos, you can easily manipulate and create your own images, render models, and more. It may take some learning, as it isn’t the easiest program for beginners, it’s well worth the time and effort poured into it.

Unfortunately, Photoshop isn’t free. However, you definitely get what you paid for, as you get access to great tools and services for creating game art, both 2D and 3D.

What better way to learn how to start your 2D game art journey than through visual learning? There are some fantastic services through different YouTube users. Let’s list a few great examples of our favorite video tutorials.

Now that you know a little more about the rich history and process of 2D game art within the medium, you yourself can approach creating your own game art. Whether it’s cartoons, zombies, or medieval knights, choose what game art style that meshes well with you.

Make sure you study the different aspects of 2D game art, like realism, pixel art, and cel-shading, to find the best process for you. Sure, it’ll most likely be a challenge, but if you become an art student or game designer in your free time, you can accomplish great things. Especially with some resources, we listed.