You are here: Home / Learn / Don’t Get Stuck In A Game Loop: The Importance of A Well-Defined Core Gameplay Loop 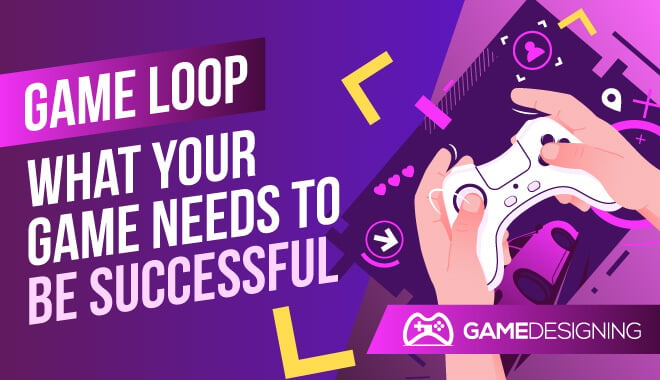 What Is a Game Loop?

The game loop refers to the overall flow of the game program. It is referred to as a ‘loop,’ as the program keeps looping infinitely until manually stopped. As you can probably imagine, there is a ton of variety in game loops and which games loop in specific frames per second.

What Is A Core Gameplay Loop?

A core gameplay loop is a gameplay loop in which a highly specified set of actions undertaken by the player, most often the main actions defining the game.

In Call of Duty or Battlefield, the core gameplay loop is more or less targeting enemies, shooting them, and seeking out new enemies.

What Is A Simple Loop?

A simple game loop is one of the more mundane game actions like walking or opening a door. This contrasts with more complicated game loops like actually engaging with other NPCs and enemies.

The Main Idea Behind The Game Loop 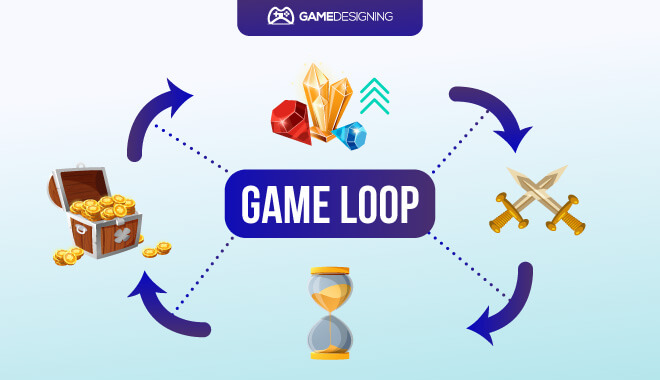 The game loop describes the more repetitive activities that a gamer will take part in. The main mechanics that the player is introduced to upon booting up a game. Games loops are incredibly varied.

Think of leveling up in Final Fantasy VII, or completing a level in the very first Mario game. These are game loops.

Let’s break it down a little further.

In Call of Duty, an enemy appears. What do you do next? You shoot. The projectile leaves your weapon and affects the enemy. This simple progression of actions is a gameplay loop.

Of course, that’s an extremely simplified version, but it still illustrates the overall effect.

Keep in mind that these particular game loops most likely have smaller, more detailed, and nuanced game loops incorporated within them.

How Do You Make A Game Loop?

Creating a game loop can be divided into a few steps.

First, the game designer should prepare the game environment for the actual gameplay loops to take place. This includes menu options, heads up display, and other aspects of the user experience and user interface.

Second, you add the physics, upgrade systems, and the game’s input processes.

Finally, the game designer takes these up to date features and implements them into the game, making them appear on the screen.

Game designers develop the core gameplay loop to make their game run. You will need to have a grasp on some programming languages to implement your game loops best. For example, you will want to make something like a JavaScript game loop.

Who Owns the Game Loop?

Depending on what you are using for a game engine, the engine itself will be the author of the game loop. This can be extremely beneficial, as it already has game loops built-in, easing the burden of game loop creation considerably.

However, you may want to have complete control over the game loop. In this case, you will need to write it out using programming languages. You could use Java game loops to build your game.

A more recent consideration is not making the players’ computers turn into lava lamps. You will quickly see that balancing both frame rate and refresh rate will be vital to creating a successful game loop. Many mobile platforms cap you off at either 30fps or 60 fps, creating a nicely balanced experience that doesn’t go too hard on someone’s device.

You need to keep peoples’ attention on your game. If the loop is flawed or not designed properly, people could determine that your game isn’t aesthetically pleasing or just too complicated to learn. This is vital to your game’s success.

Give the Player Something to Work Towards, and Keep It Simple

The best way to utilize a core game loop is to give players objectives—the fewer goals at once, the better. Once again, work on the balance of attractive and intuitive designs while keeping a robust core element of gameplay for the players.

The core game loop, or CGL, forms the entire framework for the game processes. The core gameplay loop entirely determines your genre, gameplay type, and more. If you can’t define your game loop, then your game has a real danger of not turning out well for the market.

Problems with the core game loop could elude game developers when there is a problem in the game design process.

Having a well-defined core gameplay loop makes your game a tight piece of art. Within the aim, your game will drift. This could be catastrophic, as poor design decisions can effectively ax all of your great ideas and more.

You could have addictive gameplay, great characters, and art, but if the core gameplay loop isn’t well defined, it’s essentially an unfinished product. 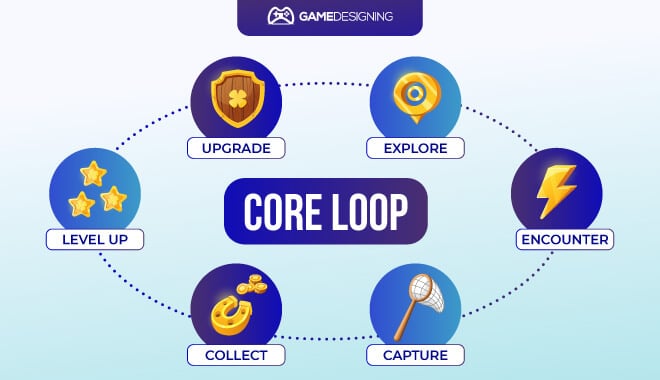 Why Do You Need a Game Loop?

Game loops are absolutely essential for a game to run smoothly. Without a game loop, your game will be broken and virtually unplayable. You need the game’s basic mechanics to be ever-present, or else the player won’t be able to experience entire parts of the game.

Aside from the physics, graphics, and other programming information, the game loop concept is arguably one of the most important in game design.

The Benefits of a High Frame Rate

Having a higher frame rate means that you could theoretically apply more game loops to your game. This allows for more possibilities and for a lot more detail.

The more game loops you add to a game, the more framerate you will need to make the game not only function properly but to have it perform at an acceptable level. Too many game loops can make games lock or freeze-up performance-wise.

It frees up a lot of creative potentials, but it keeps games up to date and runs smoothly. This is perfect for pro gamers who need every second to pull off a headshot.

The Ideal Frame Rate for Your Game Loop

Having a lower frame rate like 12 fps would be a minimal toolkit to work with. It would be choppy and all around, not reasonable grounds for creating a game loop.

It makes sense you would want to put out all the stops and take your framerate to the top level. However, it is somewhat of a delicate balance.

There is no perfect answer, but you need to keep in mind the refresh rate of your frames. If you have a higher rate of frames per second, more system memory and screen refresh rate will be taken up, lowering performance. Ideally, you want to find the perfect balance for your game.