You are here: Home / Learn / Improve Your Design Skills with Unity Playmaker (The Main PlayMaker Strengths) 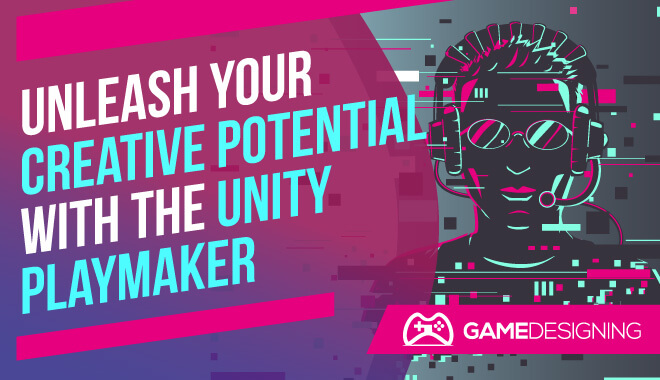 When choosing a game engine, the future game developer must pick something that works for them. Are you more into big-budget blockbusters with brain-busting action and a bevy of brilliant visuals? Maybe choose something with impressive horsepower like the Unreal Engine.

However, if you are just starting out, there are quite a few options to choose from. Unity is perhaps one of the most popular game engines on the market today. It uses C-like languages (C# and C++) and has been at the forefront of some genuinely ambitious game projects.

If you have played games like Shadows Tactics: Blades of the Shogun, Ori and the Blind Forest, and Cuphead, you have taken part in the excellent Unity engine revolution.

But what if you don’t necessarily know how to code that well?

For many people interested in game development, coding can be an intimidating and complicated endeavor to undertake. It usually involves hours of learning, reading, and experimenting.

Coding comes more naturally to others, but what is the middle ground for those who are put off by coding?

Unity Playmaker is a paid add-on for the Unity Engine. It was developed by Hutong Games and uses groundbreaking aspects for non-coders, called FSMs, to add everything to a game. Physics, animations, and more are all included in FSMs.

Make no mistake, you can also use some programming expertise to build further upon your FSMs and game aspects. This might be an attractive option for those who have a mild grasp on coding, as it can add a creative variety of game creation.

It essentially allows for those not fluent in C-like languages or UnityScript to create their own games through different features. Sounds too good to be true? Let’s take a more in-depth look at what Unity Playmaker can do for you.

Once you download Unity along with Playmaker from the asset store, you will be able to access Playmaker’s extensive options for coding variables and making your in-game objects come to life even quicker. This gives you a ton of time in terms of tweaking your projects in the future. 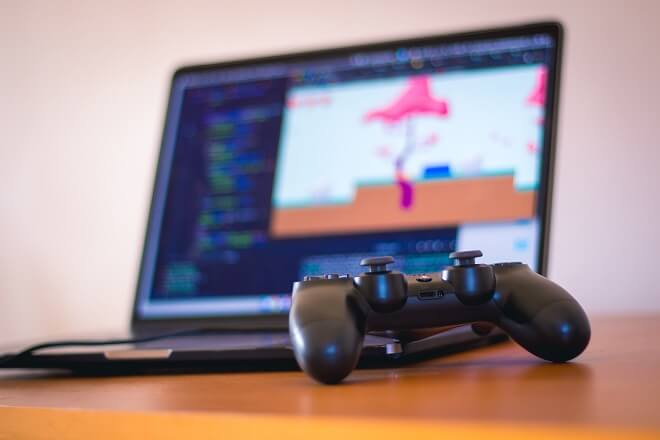 Some of the best parts of Playmaker rely on its seamless use of FSMs to bypass complicated code for some developers. No need to use programming logics here!

Playmaker allows for seamless customization as well as inclusion into existing code and programming within your project.

You aren’t limited to just actions like running and jumping either; you can easily create your own actions within the asset as well. Debugging the code is also quickly done.

What You Can Get with PlayMaker

You will be able to complete projects and formulate ideas more easily. The whole process is more streamlined, meaning that you can crank out ideas and prototypes at a quicker rate.

There may be a few hang-ups as well. It’s an extensive add-on, so it may be hard to organize your team into one cohesive unit sometimes. As long as you communicate with your team, you should be fine.

How to Come Out on Top

To better get a hold on your content, it would be best if you kept your Playmaker activities organized by scene, ideally one at a time. You could quickly spread it out and confuse everyone involved.

Likewise, if you are using preexisting code or are planning to add some alongside Playmaker, it may be challenging to balance everything at first.

What Is an FSM?

FSMs contain things like running, walking, jumping, and more actions. It can be broken down further into states, events, actions, and variables.

States: Walking, running
Events: Walking into running, sitting and standing positions
Actions: how the character acts when they sit or stand
Variables: the different attributes of the character while undergoing the actions in the events.

Go to ‘Window’ and find your way to the Asset Store. 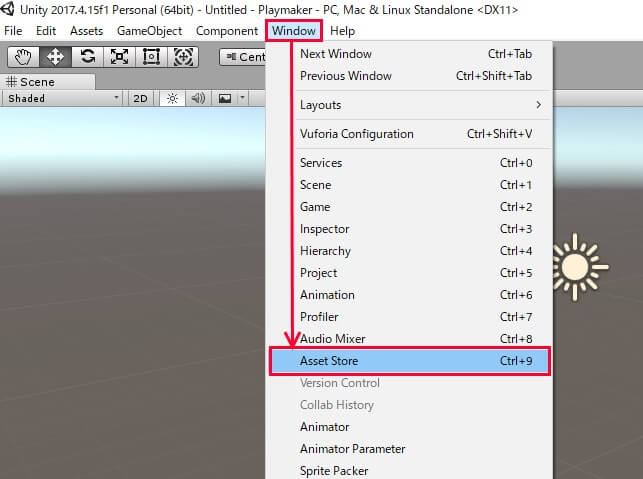 This will give you the option to search for ‘playmaker.’ DO so, and purchase Playmaker from the asset store. Download it directly into Unity, and there you have it!

You’ll need to import Playmaker into Unity. Overall, it’s a pretty simple process to start creating FSMs for your game!

Changing The Displayed Language in PlayMaker

To change the displayed language in the engine, go to Playmaker. Find the Preferences and go from there to change the preferred language.

What Can You Make with Playmaker?

You can make scripts that allow for streamlined and more accessible programming, without vast coding experience. Playmaker doesn’t exactly thrive with making tangible objects. Instead, it bypasses a lot of complicated coding for some developers. It allows for the primary development of functions and actions like jumping, running, and more.

According to the Playmaker basics, you don’t need to know a lot of coding. This is perfect for video game developers who are just starting out and have a ton of trouble with lines of code and different syntaxes.

This is the central hub of Playmaker tutorials. If you can learn anything about Unity Playmaker, it will be found on this page. These resources cover everything you need to know, from movement and animation to 2D specific actions and physics.

This solid Playmaker tutorial covers all of the fundamentals you need to know going into the add on. This is the perfect intro to

This Unity Playmaker tutorial, as the title suggests, acquaints you with all the Playmaker basics. Although not updated since 2017, this video should still help you a lot in your game making process.

This Playmaker tutorial goes into more specific detail about how FSMs will impact your game development experience. We encourage you to watch the entire series of videos in the Playmaker Basics playlist.

Directly from Hutong Games themselves, the Playmaker tutorials cover absolutely every vital piece of information you need to know. From core concepts to more advanced practices, it is all here.

What is Playmaker in Unity?

Unity Playmaker is an add on to Unity in which you can create video games without using code. It accomplishes this by using FSMs, or Finite State Machines, to build all of the necessary components to a video game.

Is Unity for free?

Unity itself is free for everyone. However, if you are a company that makes $100,000 off of projects, you will have to pay to use it.

How do you make a Unity game without coding?

By downloading Playmaker, Unity will require no coding to create video games.

What is Playmaker Unity?

Playmaker Unity is an add on for those who don’t want to or are not sure how to code their games. It costs $65.00 to purchase.

Does Unity have visual scripting?

Yes, Unity includes free visual scripting in their engine. Unity acquired an asset called Bolt from a company called Ludiq. By now, they have fully integrated visual scripting with Bolt and have added it for free to their store.

What is Visual Script?

Scripting is an in-game feature engine that tells the in-game objects how to act and how to interact with one another. Unity’s visual scripting, however, is different from pure coding languages.

What are scripts in Unity?

They are commands that tell objects how to act in the game engine.

Is Unity good for beginners?

Yes, Unity is an excellent option for beginners. If you are worried about coding, you could download Unity Playmaker to ease the burden of not having that much coding knowledge.

Can you make a game in Unity without coding?

Yes. You can use the fantastic Unity Playmaker to use FSMs and create game aspects with no coding knowledge needed.

What is Unity scripting?

Using the visual scripting provided by Bolt, Unity scripting is dedicated to completing many processes for you, letting you focus on the actual gameplay in your game.

What language is used in Unity?

Unity uses the C-like language, C#, as well as its own brand of JavaScript called UnityScript.