You are here: Home / Learn / The Downloadable Content Guide: Explore the Types of DLC 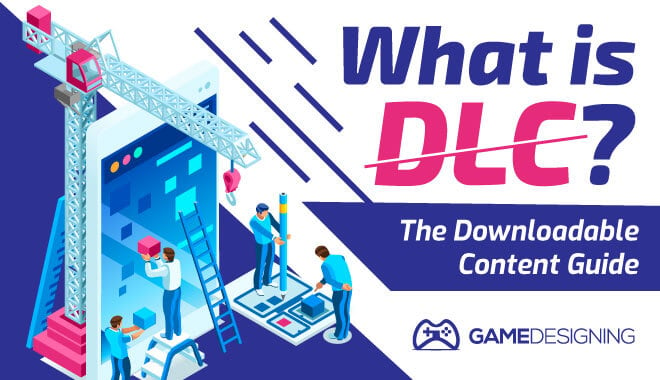 Do you find yourself staying up late at night trying to beat a game?

You put countless hours into beating it: collecting items, maxing out stats, and finding all the secrets it has to offer.

Soon after, you beat the game.

However, maybe the ending isn’t satisfying, or you crave more gameplay and content. What do you do? The game is over, there’s nothing left.

Coming to your aid is DLC or downloadable content – which thankfully has become a big part of the gaming business.

DLC allows game developers to continue to work on their games, adding new content and new additions that can modify gameplay greatly.

Games can be extended through new story missions, extra weapons, new secret areas, and more. There have been some truly great DLCs…and some DLCs that proved to be more of a train wreck than a benefit to the game’s overall presentation.

DLC also allows the game developer to go back and perhaps fix issues that plague the game that they weren’t able to fix or get to before the deadline of the game’s release. DLC can truly be the redeeming quality for developers and gamers alike.

I’m going to tell you about the different types of DLC, the best and the worst DLC released.

There MAY be spoilers ahead, so beware, reader! 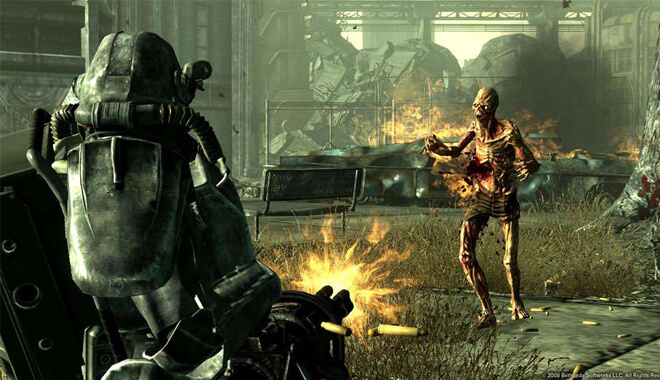 Back in 2008, I was playing Fallout 3 for the Xbox 360. I won’t drop any spoilers for those who haven’t finished it, but let’s just say that the ending left a lot to be desired.

The player plays these games for hours on end, investing their time, emotions, and intellect into a story of a game only to have it not deliver. It can be demoralizing.

Luckily for myself and others, Bethesda eventually developed extensive DLC to modify Fallout 3. It was a great experience, I was thrust back into the rich world of post-apocalyptic Washington D.C.

This is but one type of DLC, in my opinion, the best form that is offered to us gamers.

Like my example of DLC above, story-based adds new things to the game’s story.

It is either in the form of new quests or new characters, hopefully making your gaming experience more cohesive.

I personally love this form of DLC. With Fallout 3, it came in the form of Broken Steel, which fundamentally changed the ending, (or rather expanded upon it), and threw the player into a new set of adventures that added extreme longevity to the game, and added a new free-roam aspect to the game that was sorely lacking before.

Bethesda continued this tradition with their other Fallout games, as well as heavily modifying The Elder Scrolls Skyrim. Skyrim, along with having extensive modding capabilities, has received countless DLC packages since its release in 2011.

This allows for new, creative ideas to enter the fold and enchant gamers past the last chapter of the game’s story. 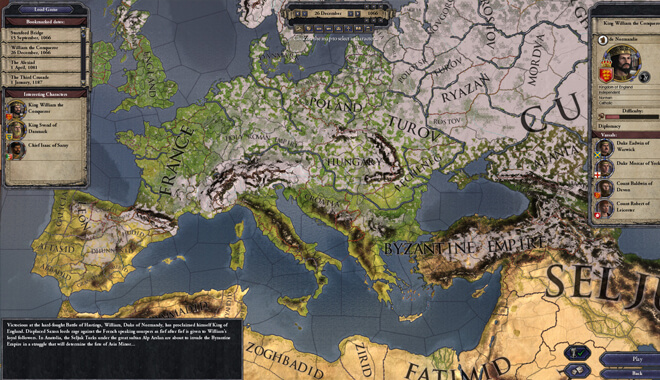 There’s nothing like downloading crazy new weapons or characters into one of your favorite games. One of my personal favorite games, Crusader Kings II, constantly gets updates and cool DLC all of the time.

The game started out in 2012 as a bare-bones strategy game set in the Middle Ages. Over the years, you got chances to play as new nations, have new strategic options, and new historical scenarios as well as new achievements.

This type of DLC keeps the game running for years to come – without necessarily upping the difficulty level. The developers of Crusader Kings II could have easily just released the base game in 2012, but they stuck with it, and make it seem new with every update.

This is a pretty broad category, including new characters, weapons, quests, and other features.

Grand Theft Auto IV: The Lost and The Damned 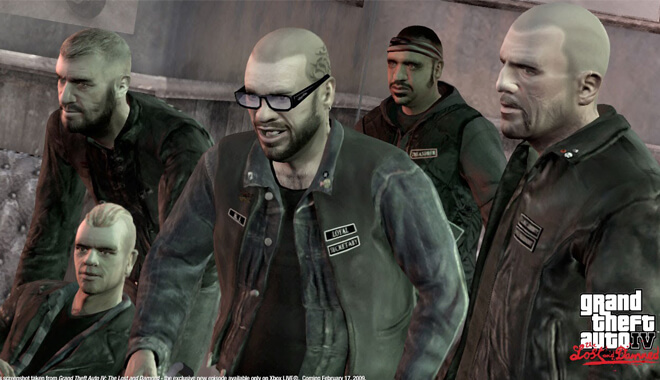 This is one of the best DLC packages of the late 2000s. I personally loved Grand Theft Auto IV and the dark, sometimes humorous tale of Niko Bellic and his bloody quest of revenge through Liberty City.

It was a pretty lengthy game, but I still found myself sad that it was over when I finally got there. Luckily for me, Rockstar released two episodic DLCs after its release.

The Lost and the Damned, released in 2009, giving the player control of rough and gruff biker named Johnny who rode with the tough biker gang, the Lost. This was a great way to breathe new life into Grand Theft Auto IV, and it added new weapons, new vehicles, and a great story.

The Ballad of Gay Tony was released later in 2009, and it followed nightclub bouncer Luis and his dealings with his boss, the titular Gay Tony.

This was a great piece of DLC, not only because it added insane new weapons and features, but it also evoked imagery from earlier titles, specifically Grand Theft Auto: Vice City.

These two ‘episodes’ released by Rockstar are some of the best examples of how to do DLC right. You can tell that a lot of love, work, and passion went into creating funny, witty writing and that iconic GTA gameplay we all know and love. 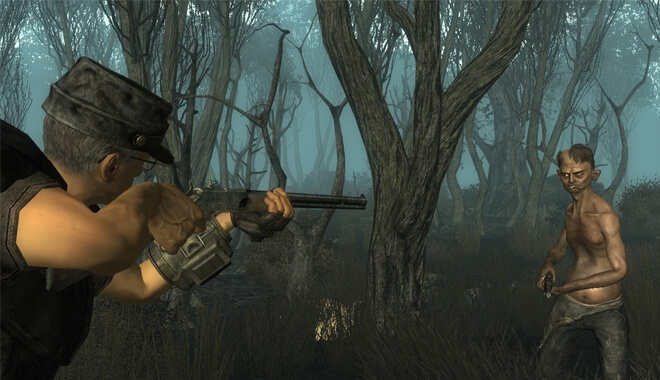 After Fallout 3’s ending, one where there was no choice as to what you did and didn’t allow you to play afterward, was disappointing, to say the least. With DLC Broken Steel, Bethesda remedied this issue by changing the story minorly with big results.

As the player character, you wake up in a Brotherhood of Steel base, and you continue the story. Not only that, but the maximum level cap in the game rose by 10, adding new incentives to the gameplay.

I think Broken Steel may be one of the most significant in the manner in which it addresses the story, but the other DLCs that were eventually released for Fallout 3 were great in their own right.

Point Lookout, released in summer 2009, was perhaps my favorite. It has the main character taking a ship from The Capitol Wasteland to southern Maryland, near the confluence of the Chesapeake Bay and Potomac River.

The player is thrust into an eerie, atmospheric environment and story that is unlike anything else I’ve ever played. It’s always creepy, with insane new enemies lurking around every corner.

I remember finding an ‘abandoned’ cabin in the woods late at night. Of course, I wanted to loot the hell out of it, so I went inside. I wasn’t careful, though, and I heard ‘FOUND YA!’ behind me.

What I saw was a grotesque, inbred swamp dweller. Not only did it add horror to the game, but it created new, vivid experiences that I’ll never forget.

This expansion did much of what Fallout 3’s Broken Steel did. After the end of Dragon Age: Origins, the player character isn’t able to play after the main quest is done. In this case, it makes sense. Your story is complete and, (hopefully), you get the ending you want.

Awakening throws you back into the rich world of Thedas, where the Darkspawn threatening the world has been defeated.

However, there remains a lurking threat that needs dealing with. Who better to deal with it than you? You can either return as your accomplished character or create a new one and jump right back into the RPG goodness.

Like all good RPG DLC, the level cap was increased, and important new choices were included, as well as terrifying new enemies. 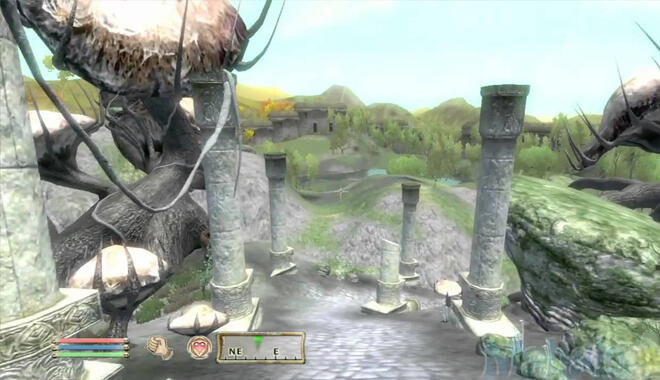 This one is a trip. You know Bethesda is great at world-building, and this is no exception. The player character is transported to the wild world of the Shivering Isles, governed by the mad Daedric Prince Sheogorath. The Isles are split into two sections: dementia and mania.

All the characters are unique and weird, culminating in your meeting with Sheogorath himself, an unhinged god with a Scottish accent.

The environment is so unique and strangely beautiful, consisting of beautiful vibrant colors, as well as melancholy and dark imagery for an experience you’ll never forget. 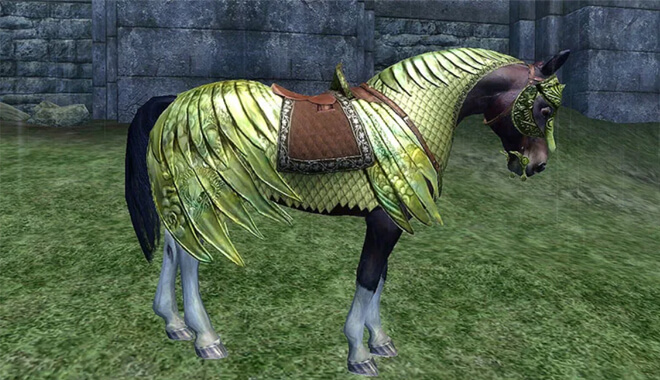 Yep, you knew it would show up eventually. The infamous Oblivion horse armor was one of the first DLC for The Elder Scrolls IV: Oblivion. Oblivion was such an iconic game, and so gamers expected nothing less when it came to the upcoming possibilities of DLC.

But compared to DLCs like Shivering Isles, this one is just downright insulting to players. It allows you to equip your horse with armor. Yep, that’s it: that’s the DLC. You go to a stable and get a free set of either Elven or steel horse armor. It’s downright insulting.

“…more interesting DLCs were built on the back of the horse armor…there’s something to be said for giving the internet something to make fun of. You know you’ve made it, I guess.” 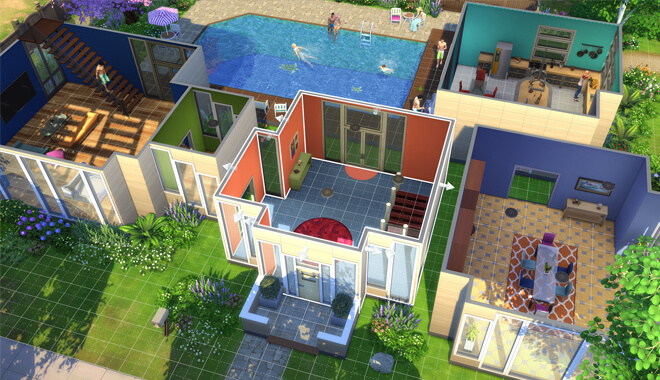 This hurts me because I’m a huge Sims fan. However, their model of releasing DLC is insane. Sometimes you’ll see The Sims on sale, and you think, “Hey, that sounds great, there’s a lot of content.” STOP RIGHT THERE.

It’s just not feasible for a gamer on a budget. While the DLC may be ‘good’, the method and volume in which they’re released are just not realistic.

You ideally want all of the best DLC, but the list is huge.

The tragedy is that there are some truly great DLCs, but you can easily become overwhelmed by how many choices you have, and the sheer amount of money it would cost to outfit your copy of the Sims with the best content.

A small consolation. That should be considered a crime. 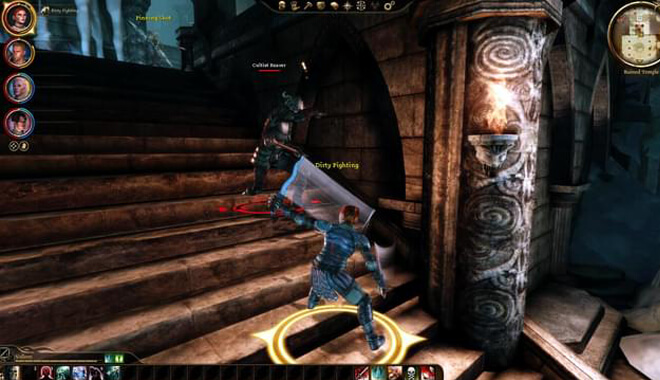 Okay, so this is more an issue with the method of accessing the DLC. The DLC itself is pretty decent, but the way that it’s presented is…a little deceptive and underhanded.

You’ll run into a man named Levy Dryden at your camp amongst your NPC friends. He waxes and wanes about a quest he needs you to do. Nice rewards, new quest, glory; what’s not to like? Except once you want to accept, it pops u saying you need to purchase the DLC quest.

What gives, EA? I remember rejecting the quest out of sheer irritation.

I remember sinking a lot of hours into Destiny’s raids and getting loot. It was a lot of work, but I leveled up pretty high.

Then the game kind of petered out. I liked it, but there needed to be more.

Then the Taken King came out, and something bad happened. New content, new story missions, and everything; things that Destiny needed.

However, the Taken King made some controversial changes to the base game that left others, myself included, a little frustrated. Content that was available and a standard part of the game was locked.

That meant that players that had not bought The Taken King would be locked out of day one content.

This was a cheap move by Bungie, which has millions of fans who were part of a dedicated fan base.

It was a bitter pill: while the DLC was good, Bungie still essentially forced players to buy it whether they wanted to or not.

As you can see, DLC can be some of the best, and worst, aspects of a game. It can breathe new life into a rich world, allowing the player to enter new environments and engaging new characters.

Other DLC can add simple aesthetic items that really serve no purpose. Overall, DLC is a great way to keep a game selling and fans satisfied with the developers’ creative vision.