You are here: Home / Learn / The Power of Experience: The Wonders of Video Game Immersion 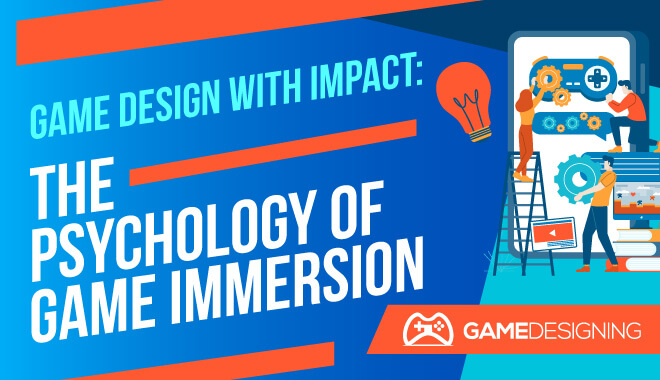 It’s a night like any other. You have nothing to do, so you decide to fire up your console (or PC) of choice. You choose an open-world game that you hear great reviews about. It was advertised as having excellent ‘game immersion.’ Okay, sounds good.

Next thing you know, it’s 3 in the morning. Where did the time go? What seems like minutes has been hours. You’ve just experienced the wonders of video game immersion.

What is Immersion in Gaming?

You may have heard the term ‘video game immersion’ or its derivatives are thrown about when seeing ads or reviews for games.

“This is one of the most immersive games in a decade!”

“Video game immersion doesn’t get much more real than this!”

But what does that mean exactly? It turns out that there are actually some psychological aspects to getting drawn into a game’s rich and detailed world. 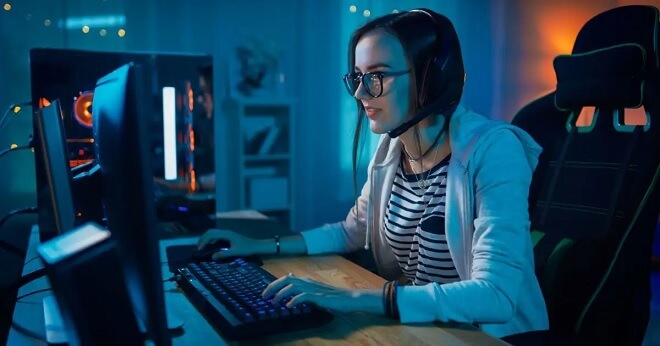 What is ‘Immersion’ in Psychology?

Immersion in video games is more than just enjoying a game’s story, HUD, graphics, etc. It’s a psychological phenomenon that happens when your brain goes into a different state.

Video game immersion brings you out of the ‘real world’ and transports you and your brain into a different reality. If you have ever spent hours on hours in a game like The Witcher 3, you’ll know exactly what we mean.

How Do You Get Immersed in Video Games?

Everyone is different when it comes to video game immersion. Some gamers are more easily drawn in by good graphics. Other players are immersed in a realistic game world. It depends on your personal preference in games to determine what will be immersive gaming for you. 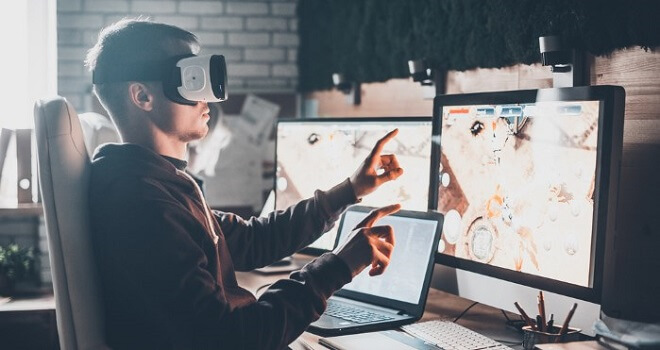 What is Game Flow?

We once again enter the realm of psychology to explain what flow is. Flow is the game’s basic structure, its rewards, and motives that drive the player onward. This could be done in terms of story elements unfolding, earning a trophy or achievement, and other aspects that motivate players to keep playing.

Flow affects the pacing, motivations, and other aspects of the player’s experience more directly. Which one do you prefer? A good game flow or great video game immersion?

This is what we are all working towards in games. Adequate game flow sets rewards and clear objectives for players to follow and complete. It’s a delicate balance to achieve, as individual players might be more willing to deal with slower pacing for more significant rewards. Others might have a lower tolerance for more dense game flows.

Along with rewards, this is probably the most essential part of a successful game flow. If you don’t set clear objectives, players will often get lost, distracted, or even lose interest in the overarching narrative or gameplay.

Setting goals, especially in an open world, is beneficial, and giving players the options to either complete them or not on their own time schedule can bring together both game immersion and game flow.

The player controls the situation and the activity

In The Witcher 3, the player is not bound by any concrete barrier to play the game how and when they want. Aside from venturing into game areas where they need to be higher levels, nothing constricts their movement or ability to play. The day and night cycle, weather, and more don’t affect a player’s control of Geralt and his journey. The story can be placed on hold indefinitely if the player wishes.

This is a little tricky. If you break a game’s flow, players will most likely experience boredom and lose motivation for completing it. This is why you need to find a balance between a player’s skill and your game’s challenge. If the player’s skill is too low for the current challenge, some players might be discouraged from continuing.

Some more casual players might not find it easy to complete some immersive game actions that other players have no problem with. It’s all about accommodation for every player and their skill set.

What Choices Mean for Game Flow

We all love some excellent choices that seemingly affect a game’s narrative arc or ending. Offering choices, whether meaningful or trivial, will keep gamers safely in the game’s flow.

The Witcher 3 does a fantastic job of having players choose nearly every dialogue option Geralt has with both major and minor characters. Having endless choices, even in minor conversations, keeps the player hooked in some fashion.

What Are Some Of The Most Immersive Games? 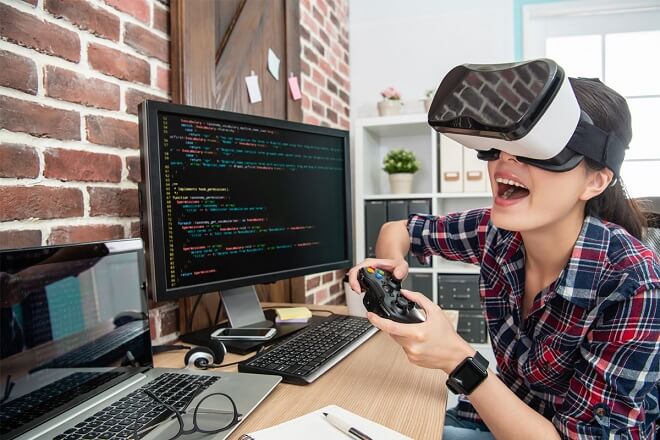 Now that we know a little more about what immersion in video games entails let’s look at some of the most notable games on the market that transport you to a completely different world.

What is an immersive game?

Immersive games are video games that pull you into their worlds, either through realism, scope, or good gameplay.

What is the most immersive video game?

The consistently ranked Witcher 3 is one of the most highly immersive games you can play right now. Some of the other most immersive games are Horizon: Zero Dawn, Red Dead Redemption 2, and Fallout: New Vegas.

How do I make my game more immersive?

Video game immersion is all about drawing players into your world. This means having aspects like a real, believable open world, great graphics, and other quality aspects.

Immersive gaming doesn’t need an open world to be immersive by any stretch. It helps, sure, but as long as you have captivating parts of your game that can draw a player’s attention, you can craft the perfect video game immersion.

What is the most realistic open-world game?

Red Dead Redemption 2 stresses the need for game immersion with its fantastic graphics, realistic physics, and tone that sets the stage for one of, if not the most immersive game.

The Most Immersive Open World Games

The Most Immersive Gaming on PC

The Most Immersive First-Person Games