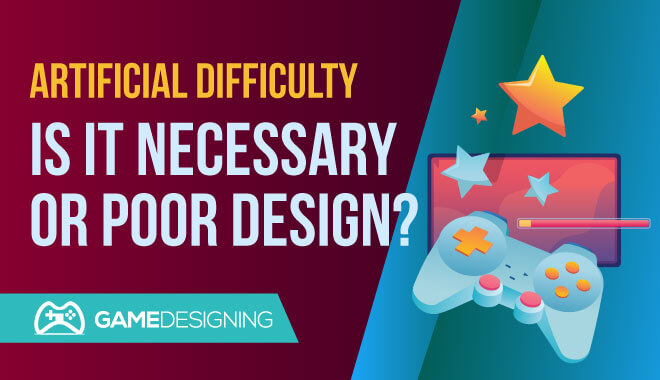 One day you decide to play Dark Souls. You’ve heard of things like fake difficulty, making the game much harder than other RPGs, but maybe that’s an exaggeration.

You’re making your way through a level when all of a sudden, an enemy comes out of nowhere and attacks—pretty standard stuff.

However, this time, the enemy kills you in one hit. A single hit from a weaker enemy takes your health down to zero and transports you back to the beginning of the level.

What happened? Was it the lack of skill of the gamer player? Or something more?

While some may cry out, ‘Get good!’ there’s an actual term for this: artificial difficulty.

Also known as fake difficulty, artificial difficulty is when a game’s mechanics make the game more difficult in different ways.

The Dark Souls games are notorious for this. While some people welcome the unforgiving game design, others become enraged from the unfair challenge.

However, it didn’t start with the Souls series. Some very first instances of challenging titles and game modes date back to the heyday of arcades.

Since arcade machines required the player to insert an amount of money to play the game, what better way to get more bang for your buck as a game developer than ramping up the game’s difficulty? Making a game harder allowed for more profits, but it also incentivized gamers to try to best one of the most challenging arcade games.

There’s a debate to be had between whether artificial difficulty is a good thing or not. While it can make successes sweeter, it makes failures hurt even more.

There are two schools of thought. Some welcome the extra challenge, even if the game uses design methods to dominate the players. The others, arguably the majority of players, don’t enjoy this form of challenge. They play games to have fun, not to feel like the AI is cheating.

Related: How Hard Should Your Game Be? 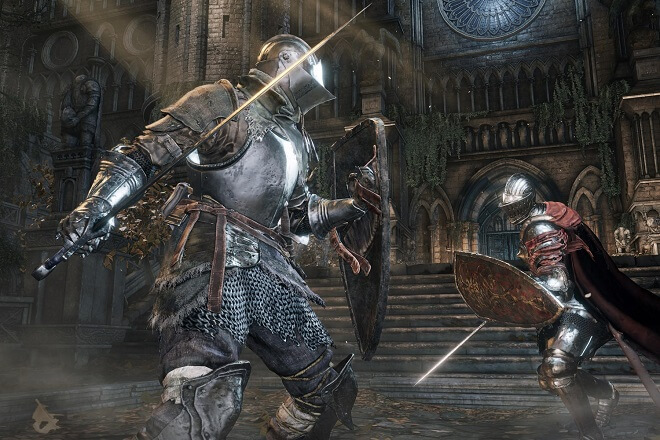 There are a few types of video game artificial difficulty. For the arcades, the profit motive was enough to make games a source of frustration for thousands of gamers.

Others relish in having a hard mode, putting skills to the test. Let’s see what types of artificial difficulty you can find in many games.

So what exactly is the dividing line between artificial difficulty and an actual hard game?

You can easily discern between a legitimately challenging game and a game with artificial difficulty in a few ways.

A game that emphasizes artificial difficulty will disregard whatever you do. No matter how much good gear you have or grinding for XP you’ve done, it will always find a way to slap you down at any and every opportunity.

However, a challenging game rewards you for the hard work and learning you put into the game. While games may have a steep learning curve, with high damage and perilous quests around every corner, you can overcome them with skill and dedication.

So where do games like Dark Souls, Bloodbourne, and Sekiro fall? Well, it depends on who you ask. It may fall somewhere in the middle. By the end of these titles, you have the mechanics down, and you’re able to take a lot of frustration out of the experience.

Failure hurts. So when you try to relax with a good video game at the end of the day, the last thing you need is to get pulverized by Dark Souls’ two nightmare bosses, Ornstein and Smough.

However, there is a difference between fake or artificial difficulty and a genuinely challenging game. Mastering demanding games can indeed be an art and can help you feel accomplished for learning something with a challenge and overcoming it.

Luckily, there are reviews, walkthroughs, forums, blogs, and more to help you discern between the two. Don’t let artificial difficulty ruin your fun.

Unless that is, you like that type of thing.