Home » Gaming » Forge Friendships With These Pass-and-Play Games (Play Anywhere, Anywhere With Anyone) 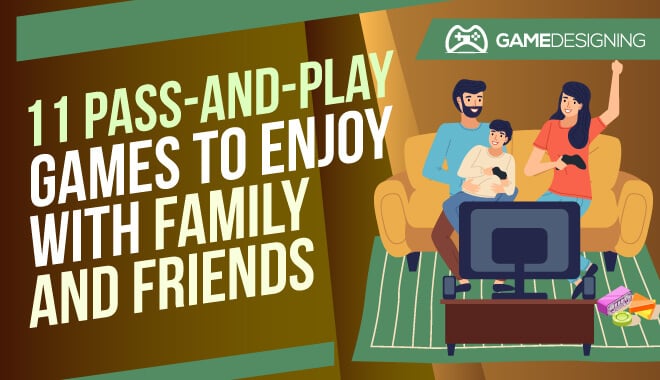 What Are Pass and Play Games?

Whenever we play games, it creates an atmosphere that fosters competition, teamwork, or simply pulls people in. Check out any Twitch streams to see how people flock to see people play various games.

In the early days of gaming, a sense of community formed around things like multiplayer games, and people playing on arcade machines. Regardless of the year, pass and play games have been and will always be great ways to bond with people.

We will look at things like the best free Android puzzle games, fun Apple titles, and smartphone games that generally just create a fun and jovial atmosphere among you, friends, and family. This article will hopefully give you some great ideas for gameplay.

Games for Smartphones and Tablets 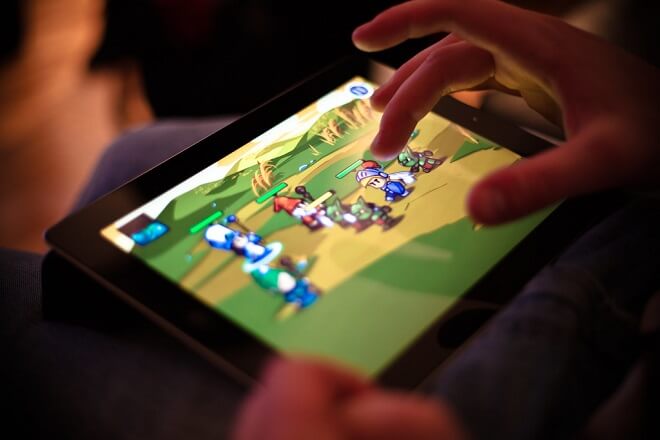 Let’s check out some of the best apps and games from Apple, Android, and more. You can access all of these different games in the various app stores. These can be single-player games or cooperative games: the choice is up to you.

Fruit Ninja has been around for over a decade now. If you have ever played the creative title, you’ll know exactly why it’s had immense staying power on the Apple app store.

Playing as a ninja, your goal is to slice and dice a bunch of fruit. Its addictive gameplay, along with fun visuals creates a unique and colorful game that will have you passing from player to player, seeing who can carve up more fruit.

Heads Up! is a fantastic and competitive trivia game. This is perfect for family occasions, or just when you’re sitting around with friends with nothing to do.

The object of the game is to hold the phone to your head and have the players give you clues as to what’s on the screen. For example, a player could have the word ‘New York’ on the screen. Other players yell out clues that help out the player with the screen guess New York.

There is so much more nuance to the game, however. There are categories, team battles, and a good old-fashioned version of charades. This is definitely one of the best smartphone or tablet apps you can get. 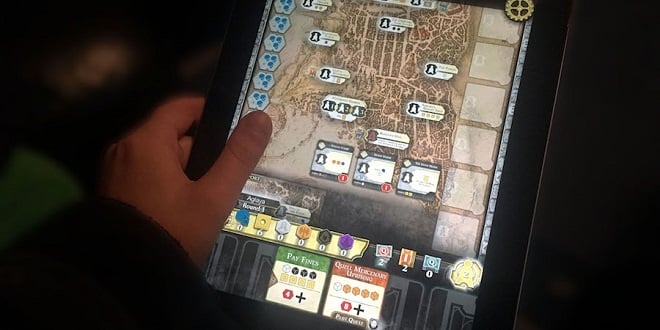 Board games are fantastic fun in person. While playing Monopoly for 30 hours may not be the best idea if you want to maintain and cherish friendships, playing digital board games on a phone or tablet is a great and easy way to have a ton of fun.

Let’s see what the best digital board games you can play right now are.

Scrabble is a beloved board game that has been around for almost a century. While you can play Zynga’s version, Words With Friends, we highly recommend Scrabble’s pass and play game mode. You can also play single-player mode, but where’s the fun in that?

Scrabble GO offers exciting features and events to keep the game interesting, all while keeping the simple formula of forming the highest scoring words.

It isn’t about putting down tiles to spell out fancy words. The objective is to utilize the game board, along with the value of certain letters. Strategic placement of tiles, along with a knack for vocabulary, will help you defeat your opponent.

Choose your color and get to work trying to outwit your opponent. This great-looking game aims to modernize chess so it doesn’t look like it was created on an Atari. Instead, you have great designs and attractive visuals, spicing up an insanely old game.

If chess is a little too brainy for you, why not check out the classic game of Checkers. Quick and easy, this pass and play game has you trying to eliminate your opponent’s pieces on the board.

Pretty simple, yet it can get pretty intense. You can choose between one player or two players. The touch controls are extremely responsive, and it feels satisfying simply moving pieces around the board.

You can’t do better than Checkers if you’re looking for a time killer or fast-paced competitive game.

Ticket to Ride is a fantastically addictive and competitive game about railroads, of all things. Adapted from the hit board game, Ticket to Ride makes its way to multiple platforms.

In Ticket to Ride, players need to complete various railroads while gaining points. Players receive destination cards for their train line (like Chicago) and can complete railways for more points. You need to ensure you complete your railway, as not doing so will subtract points from your score.

While the United States is a main map in the game, there are also maps of Switzerland, Europe, and other countries.
There is a single-player mode, pass and play mode, and online multiplayer.

We recommend the Steam version for the best visuals, more multiplayer options, and Steam achievements.

Carcassonne, the famous European board game from Klaus-Jürgen Wrede, makes its way to iOS. While there was a release for the Xbox 360 in 2007, the newest form of Carcassonne is new and improved.

While you’re merely dealing with tiles, the strategy lies in their placement. You build castles, monasteries, roads, and more to achieve victory. Sounds simple, right? Well, there’s a bit more going on in Carcassonne than you might think.

It is pretty easy to learn quickly, and you can knock out games with ease. It even has some interesting expansions that add more content to the base game.

Whoever thought building a map could be so competitive?

Exploding Kittens is as ridiculous as the name implies. A fast-paced, humorous gameplay experience awaits those who want to face off against one another in this digital form of the beloved card game.

This truly unique game was created by Elan Lee, Matthew Inman, and Shane Small. Feel free to face off against friends, strangers, or whoever else you can get to play an exhilarating round with.

Mysterium: A Psychic Clue Game is based on the physical board game in which people attempt to solve a mystery. One player plays as the ghost, who shares visions (cards) with players to help them discover a murder mystery. As the other players are psychic mediums, this concept is executed really well.

The various mediums must heed the ghost’s visions, and solve the mystery before you run out of time. It’s not exactly a competitive game, as the mediums are trying to solve the mystery, but there is a bit, as the one who guesses the murderer, weapon, and location (à la Clue) wins.

There is a pass and play mode, as well as a multiplayer mode and solo mode, providing the single-player with AI mediums. 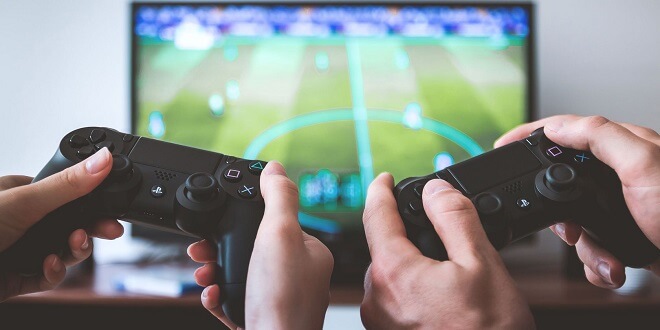 Now let’s get to the really competitive titles: multiplayer games.

This IndieCade 2012 Finalist is an extremely simplistic, yet competitive multiplayer game. Opponents need to tap on squares that appear on the screen.

Well, kind of. Add the factor of multiple people trying to beat each other and you’ll quickly see why Bloop earned the recognition it did. You’re going to want to face off against opponents on a bigger device, like an iPad.

While you can use an iPhone, the screen is way too small.

Osmos is a creative little game where you take on the role of lone amoeba. Stay with me here. You need to absorb smaller organisms to grow larger and earn your victory.

A great stand out aspect of Osmosis is its soundtrack. It’s atmospheric, ambient, and it really gets you in the mood to become the king of the organisms.

You can go head to head with a friend (or foe) and attempt to absorb more organisms and even each other. It can get pretty heated. Sometimes the simplest gameplay is the most fast-paced and addictive.

The game won numerous accolades, including “iPad Game of the Year” and “iPhone App of the Week” from Apple.

It’s pretty evident that smartphones, iOS, Steam, and other platforms have a solid pass and play games for everyone to enjoy. Whether you’re playing against family members at a holiday gathering, or hanging with friends, these pass and play games aren’t only great diversions, but they are great game titles in their own right. Which one will you download?