You are here: Home / Gaming / What Are Most Expensive Video Games? 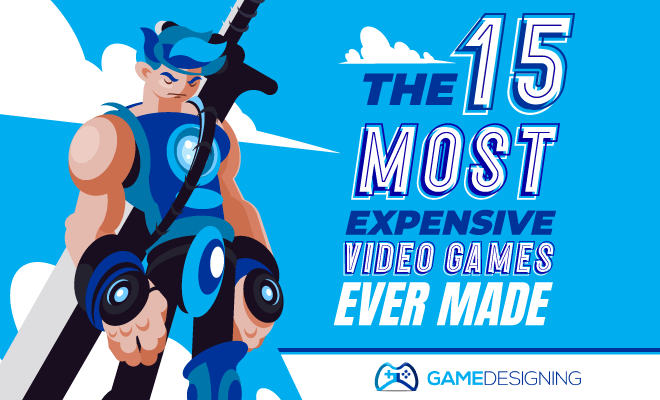 In 2013 when Grand Theft Auto V came out, I was in awe. There were so many features that blew the previous entries out of the water. Not only that, but the gameplay was tight, the graphics insanely detailed, and the animation on point.

How was Rockstar able to do all that? It seemed to defy all logic.

I had the same thought, so I went ahead and compiled a list of the 15 most expensive games ever made. 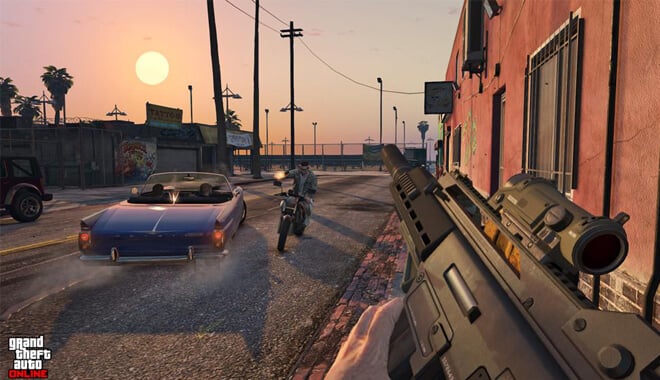 Surprise, surprise. Here it is, the most expensive game ever made. Yeah, on Earth. Ever. Rockstar built its excellent reputation in the gaming world for nearly 30 years, and with 2013’s Grand Theft Auto V, it really upped the ante.

In its first three days on the shelves, Grand Theft Auto V made $1 billion. I’ll let you pick your jaw off the floor.

With a huge budget of $265 million, Grand Theft Auto V has surpassed every expectation laid out before it, actually making more than any movie ever made. It started development in 2008 right after the release of its previous entry, Grand Theft Auto IV.

Rockstar’s budget and dedication really paid off, giving the player a memorable experience that still holds to this day in the form of Grand Theft Auto: Online, which continues to rake in insane amounts of money for the company.

I remember this game coming out in 2009 and thinking that there wouldn’t be anything like it before or since. It would truly be a watershed moment in gaming.

Now, maybe I was just starry-eyed at being able to play great, new multiplayer with my friends, but I think that Modern Warfare 2 was really solid.

Call of Duty Modern Warfare 2 had a staggering budget of $250 million.

Infinity Ward reeled us in with their seminal entry, Call of Duty 4: Modern Warfare. We wanted, NEEDED more.

They did just that, and with huge financial backing. It was developed over the course of 2008, releasing near the end of 2009 to amazing sales and fanfare. 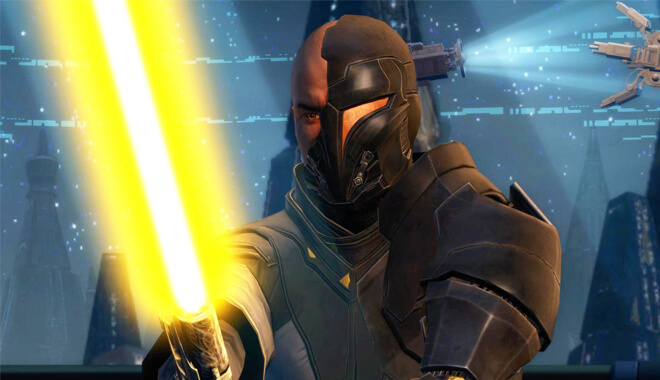 It was announced to be in development in 2008, followed by its anticipated release in 2011. The Star Wars franchise should be taken seriously in terms of money, and this is no different.

The budget BioWare was working with this time around was $200 million. As a gamer who was patiently waiting for another entry into the KotOR series, this was the next best thing. 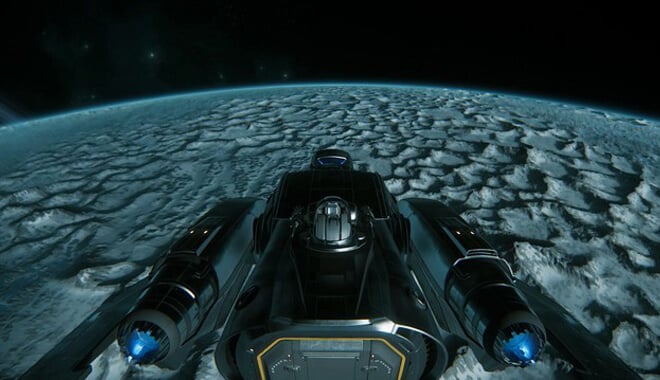 This one is a bit of a controversial entry. The budget of Star Citizen is over $180 million. However, it is still under development, and the budget keeps growing.

Started by the creator of the Wing Commander series made famous in the 1990s, Chris Roberts, initially started the ambitious project as a Kickstarter. People quickly ate it up, wanting a new, more modern successor to the Wing Commander games.

The biggest problem with Star Citizen is that it seems Roberts and his team keep raking the money in…and not delivering on promises. Sure, sometimes they showed impressive game demos, but they keep pushing back dates and acquiring more money.

Personally, I hope that Star Citizen is released and is the Wing Commander game we all needed. However, the controversy surrounding it is unsettling, to say the least.

Ah, Destiny. I have such fond memories of just riding my sweet sci-fi bike around the lonely, dark moon landscapes, raiding, and partaking in what Bungie does best: killing aliens.

Destiny was the new IP from Bungie after Halo, and people were champing at the bit to get their hands on it. It had a huge budget of $140 budget.

Of course, like many games, Destiny wasn’t an easy release at the start. Since it’s always online, you’re of course going to come across issues. However, I think it really leveled out and became a quick classic. Destiny 2 came out in September of 2017.

Shadow of the Tomb Raider

God, I loved the new reboot of Tomb Raider back in 2013. It was a great, new look for Lara Croft and her insane skills which helped her become the legendary tomb raider we know her for.

The second in the reboot series, Shadow of the Tomb Raider upped the stakes with a huge budget of $125 million.

Shadow of the Tomb Raider received generally good reviews across the board. On Metacritic, it received 77, 75, 82 for PC, PS4, and Xbox One respectively. 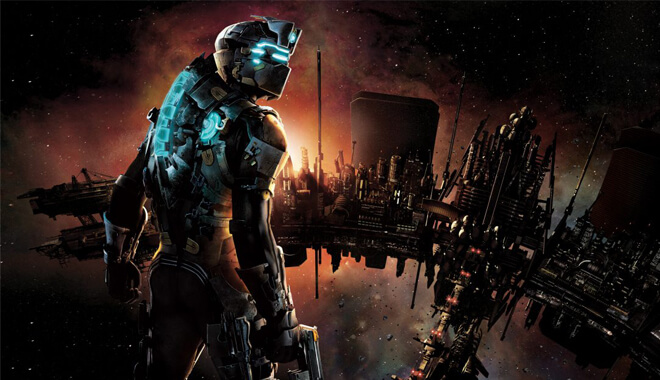 God, this is a great one. Dead Space was released in 2008 after being in development from around 2005 with the desire to make somewhat of a spiritual successor to the System Shock series for the PC.

Set in the far future, you play as Isaac Clarke as you search for your girlfriend through a derelict space station infested with bloodthirsty aliens.

One of the lead developers, Glen Schofield, wanted to bring about a blend of System Shock, the recently popular Resident Evil 4, and the sci-fi film classic Event Horizon.

With a hefty budget of $120 million, I can safely say that Schofield and his team achieved all of that and more.

Halo freakin’ 2, folks. This was one of the most significant games in development history. Bungie knocked it out of the park with the original, Halo: Combat Evolved.

All eyes were on them; they HAD to deliver not only the same addictive FPS gameplay, but they now had to bring their next Halo game into the multiplayer sphere. They did this and more.

With a budget of $120 million, Bungie pulled out all of the stops when creating a great single-player experience but made the Halo multiplayer experience one that would prove revolutionary, having games emulate it for years to come.

As in a lot of gaming lists, you knew you’d see Final Fantasy VII show up eventually. It’s just one of those seminal classics that defined a genre and has found its way to the top of many gamers’ top games of all-time lists.

A lot of the budget was dedicated to the extreme shift in cinematic quality from Final Fantasy VI, not to mention that this was the first entry to be on a CD, allowing for even more capabilities for the developers.

With $114 million, Square created a truly memorable gaming experience that was well worth every penny. Great gameplay, great music, (courtesy of the great Nobuo Uematsu), and everything else. 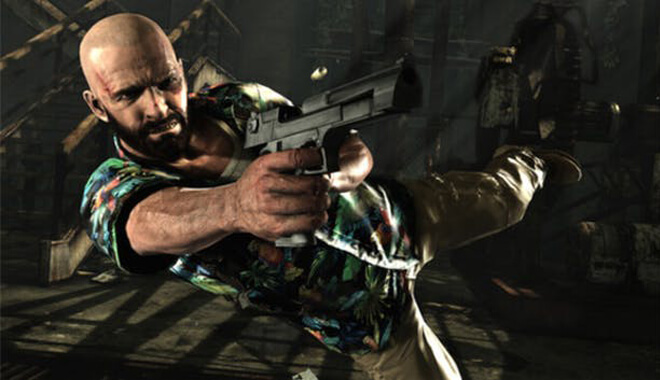 Rockstar’s neo-noir classic Max Payne turned a lot of heads back in 2001. The revolutionary ‘bullet time’ gameplay feature in which time was slowed down for a cool Matrix-like effect as you gunned downed mobsters, was jaw-dropping.

The sequel, Max Payne 2: The Fall of Max Payne was more of the same, with a better paint job and ragdoll physics. Although not as well-received as the first entry, it was still considered a classic by Max Payne fans. Then the long wait began…

After a tumultuous original release of 2009 being pushed back constantly, it was finally released in 2012. Gone are the gritty streets of New York during blizzards. Instead, enter the humid, gritty streets of São Paulo, Brazil.

Rockstar poured an impressive $105 million into the title, and it shows. After Rockstar became…rock stars in game development, they refused to cut corners in their games. Max Payne 3, although a departure for the series, kept its noir tone, bloody gameplay, and tortured protagonist.

Yep, it’s Rockstar again. Are you surprised? You shouldn’t be. Before Grand Theft Auto V, they dropped a pretty penny to the tune of $100 million on the fourth entry in the famous series.

Their dedication to the realism of New York—erm—Liberty City was truly amazing. The city had an unfriendly, unforgiving, and cold vibe that had gamers coming back for more.

I kept wanting to see what protagonist Niko Bellic would do next in his bloody quest across the landscape.

Grand Theft Auto IV was delayed a few times, much to the ire of gamers, but I think it was for the best. You can still replay it today as gamers did in 2008.

Unfortunately, Rockstar DID cut a few corners, namely in voice acting. Not in quality, but how they compensated the voice actors. Voice actors in games don’t see royalties from games.

“…it’s tough when you see Grand Theft Auto IV out there as the biggest thing going right now when they’re making hundreds of millions of dollars, and we don’t see any of it.”

Everyone’s favorite ‘merc with a mouth’ got his own ridiculous game back in 2013 with a game budget of $100 million. While the game was a solid third-person beat ‘em up/hack n’ slash, and it had humor riddled throughout, it didn’t receive the best reviews.

It didn’t exactly bring anything new to the table besides introducing a loveable character to the gaming public. A lot of the budget was based on marketing for the game rather than actual development.

With the release of Red Dead Redemption 2, the first entry of the series has received new, nostalgic attention from gamers, I included.

Well, it’s actually not the first game: that honor belongs to 2004’s Red Dead Revolver, an over-the-top spaghetti Western ripped right from a cowboy movie from the 1960s.

Red Dead Redemption, however, brought the classic drama and polish that we come to expect from a story-based Rockstar title.

It cost around $90 million to make, significantly less than Grand Theft Auto IV and V, but still became a beloved classic that many consider one of their top games of all time.

People fell in love with the antihero, John Marston, and his quest to save his family from the U.S. government. 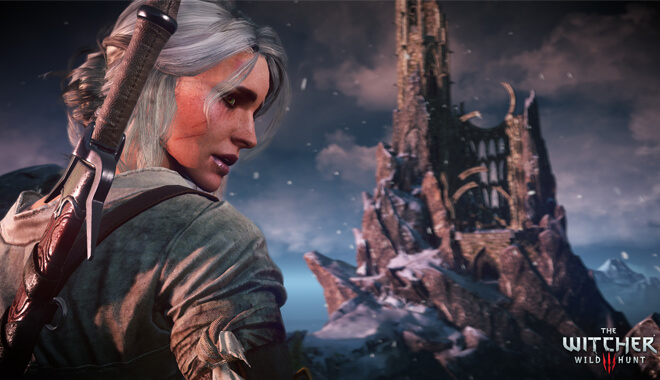 Now this game is a polished gem. Developer CD Projekt made every effort to impress with their third entry in the Witcher series with a budget of $81 million.

We follow Geralt of Rivia as he follows the trail of his lover, Yennifer. Of course, insane things happen, too much to properly explain here.

The combat was better, the graphics and environment breathtakingly beautiful, and the vibe of a medieval world was on point. I actually didn’t enjoy the first two Witcher titles, but this one had me absolutely hooked.

Metal Gear Solid is one of gaming’s most beloved series. Unfortunately, this proved to be the last MGS title that creator Hideo Kojima worked on before his fallout with Konami.

In it, we accompany Big Boss in his quest for revenge, and his mission to build a new nation full of mercenaries. The stealth and gameplay were fluid and the difficulty curve was almost nonexistent.

I’ve sunk countless hours into this title, and it was easily my game of the year for 2015. Konami and Kojima had $80 million to play with, and they pulled together an unforgettable entry to a beloved series that will be hard to improve upon.

There’s obviously more, but I believe that these are the most significant games with an insane budget. At first, seeing these numbers made me wonder, ‘did they need all that money?’.

Upon playing most of these games, the answer is a resounding YES. The money and hard work were put to good use to make some of the most classic pieces of art to ever grace the gaming world.