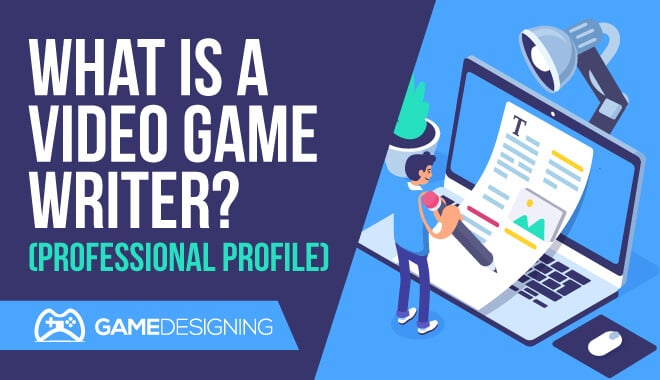 It was back in the day when I booted up my PS2 to eagerly play the brand-new Final Fantasy game, Final Fantasy X. I was shocked to see how beautiful and stunning the visuals were.

On top of that, even at a young age, I recognized that there was beautiful video game writing involved. I still cite that game and its writing as an inspiration and influence on my writing and how I approach video game stories. Ever since those days of the early 2000s, we have been blessed by games with absolutely beautiful writing, stories, and characters.

Video games have easily worked their way up the totem pole of visual mediums to become valuable and memorable story-telling devices. Well-crafted stories and writing simply stick with the player long after they have turned their console off.

But how do you go about writing the story to a video game? What is the process of crafting a gripping storyline?

I am going to lay out the basics to give you a glimpse into the world of video game writing and how to become one yourself. 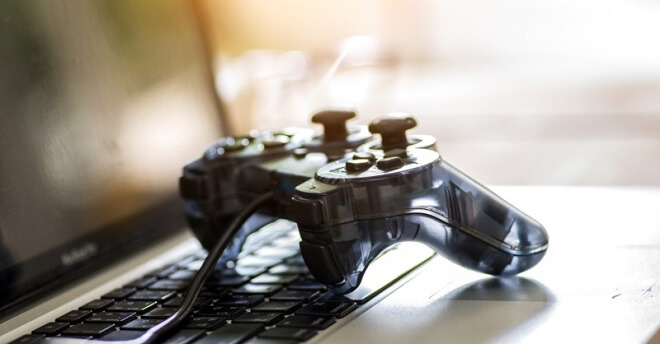 A video game writer is a member of the creative team for a certain game that, drumroll please, writes aspects of the narrative. Characters like Geralt of Rivia, Cloud Strife, GLaDOS, and John Marston all have great video game writers and a team of creatives behind them.

The video game writer is responsible for a myriad of things regarding the game. They can be involved in pre-production, pitching ideas, and dialogue crafting. There are no definite constraints for a video game writer, as they can juggle many different tasks within a single project. Depending on the title, the writing may be more intensive.

For example, the writing team behind the Witcher III probably had more writing goals they had to hit and narrative devices rather than the newest Mario game did. Writing all of that exhaustive lore based on the novels by Andrzej Sapkowski requires a team in and of itself to pare down into an actual playable game following Geralt’s adventures.

However, this does not lessen the writing efforts of Nintendo. A good video game story is also based upon the preferences of the player. Maybe playing Mario is exactly what a certain player wants in terms of story. Someone who doesn’t want to get pulled down into the molasses of another world; they just want to get Bowser!

Likewise, for Hideo Kojima’s games, known for their notoriously long cutscene length. This is fine if that is what you are looking for in a game, but if you just want to have fun, maybe you want to stay far away from Metal Gear Solid 4, known for having over 8 hours’ worth of cutscenes.

Not only that, but the game holds two Guinness World Records: “Four separate scenes in the game’s finale add up to 71 minutes of non-play, and are longer than some theatrical films. The game also holds the record for longest single cutscene at 27 minutes.”

I think that some of the writing Kojima does is great, and if you are a Metal Gear Solid fan, chances are you enjoy at least a majority of the cutscenes. But again, that is a personal preference based on the player.

Good video game writing can come in many different forms, and it is dependent on many variables.

Related: The Job of a Video Game Creative Director

What You Need to Write a Video Game Story

Okay, so you want to write. Where to begin?

It seems obvious, but you need something to help you write! Whether this is a laptop, desktop PC, or a yellow legal pad and a nice pen, you need to be able to write and eventually transfer that information to a computer’s hard drive.

This also seems a bit obvious, but again, it is important. The more games you play, whether they be role-playing games or first-person shooters, it helps to be familiar with how their story dynamics work. This helps you become familiar with the process, as well as helping you draw story aspects from influences you may have.

For me, my influences lean more toward role-playing games like the Final Fantasy Series, Metal Gear Solid, or Fallout: New Vegas. Although branching off into some truly bizarre creative territory, Hideo Kojima is a great example of a video game writer developing over the years.

From 1987 to 2015, he was the writer for all of the Metal Gear games. They started as military stories, but as the years went on, they became serious reflections on the nature of the conflict, the roles of soldiers, ethics, and conspiracies. Culminating in Metal Gear Solid V:

The Phantom Pain, Kojima painted the picture of a punished, tortured soldier that is forced to do what he knows best: engage in conflict.

This one can be a bit malleable. You do not need to be a published writer, but you should be able to express yourself creatively, competently, and satisfyingly.

How Do You Write a Video Game Story?

I wish it was as simple as just sitting down in front of a computer and typing away! However, there are a few hoops you need to jump through.

Depending on whom you are working, you may have a limited role; it all depends on the proposed storyboard. You as a writer need to craft a masterful story to transport gamers into your game world.

Games like Far Cry 5 are perfect examples of mixing great writing with immersive gameplay. Both the open world and story aspects of the 2018 Ubisoft title complement each other greatly.

In it, you are a deputy in Montana tasked with bringing down the enigmatic and sinister Seed family, who have created a dangerous doomsday cult that has taken over the county.

The writing was so good in this game that I truly felt like I was part of the story in whatever I did: piloting a helicopter, hunting, and more. All of those activities felt like I was partaking in a larger whole of the game’s story. Now THAT’S good writing.

But how do you go about creating a perfectly synthesized story and the world? Here are the basics:

I know, I know, you have already taken notes a hundred times for school, but this isn’t a boring class, this is game development, your passion project. This is crucial not only for the story but for making the whole process easier.

Outlining any form of work makes it cleaner, easier to process, and helps communicate ideas to others. This is an important process that should be undertaken after you decide on your game story. Will it be an RPG like Baldur’s Gate? Or is it more of a Call of Duty warfare drama? It is up to you, but you need to make a comprehensive outline for everyone’s benefit.

This is my favorite aspect of the writing process. Your options are unlimited here.

Is your game going to take place in an already established game world like Forgotten Realms or present-day America? Or to go one step further, creating your world.

This is what happened to the ill-fated 38 Studios, the developers of Kingdoms of Amalur: Reckoning. They spent an amazing amount of time world building, employing the expertise of R.A. Salvatore, the writer of the Drizzt Do’Urden novels in the Dungeons & Dragons universe.

Unfortunately for 38 Studios, they went bankrupt, but not before contributing thousands of pages of backstory and creative world-building for their RPG.

Part of what makes Far Cry 5’s main villain and his henchmen so scary is a very nuanced and ominous character background. Joseph Seed experienced loss and it drove him to religious zealotry, brainwashing many others to his views on the end of the world.

As a writer, you can focus primarily on one person like Joseph Seed, or you can flesh out many different characters. It is up to you, and it depends on the game genre.

If it is an FPS, Call of Duty type game, chances are you will only be writing serious character development for the main character or villain. If it is an RPG, you will probably be in for the long haul, fleshing out stories for a colorful cast of characters. Use your gaming inspirations and influences to help you through these two steps. 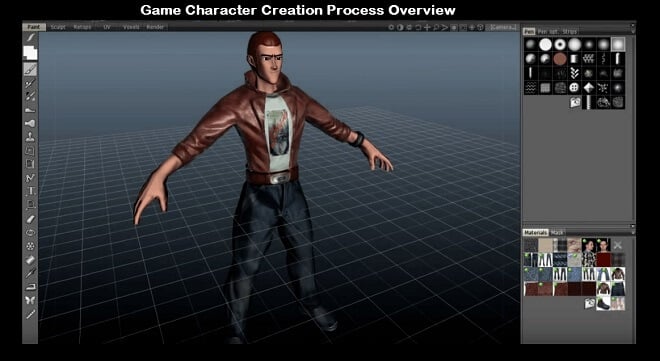 The Direction of the Story

After the fun you’ve had with creating the aspects of the characters and world, the next step is to create a progression. This is best used in the form of a flowchart or bullet points. Show others the progression of your story and where you want it to branch off, and ultimately end up.

More linear games follow a very basic flow; point A to point B, telling the main story along the way. However, in more open games, the player may move from point A to point C before B, choosing to unlock story elements at their leisure.

Utilize your story outline to accomplish the flow chart and progression to the best of your abilities. Consulting with others on this step can help you out in the end.

This is it, the moment you have been waiting for. This is when you buckle down and start writing the story. This is where your writing skills will be put to the test. Things like descriptions, dialogue, and major plot points will be explored here.

At this point, the flowchart should have given you a great framework to work with, making the writing flow better overall. Get ready to flex your creative muscles. The cutscenes, the backstory, the characters; all of them will come to life through your writing skills.

This refers to all of the different aspects you may want to add to the story afterward. Things like side quests, unique NPC dialogue, and different scripted events all should come after the main story is fleshed out.

This is also where you can offload any creative ideas that didn’t make it into the initial story, giving you a little more freedom to write. This should also include more detailed aspects of things already in the story.

Make sure to be as specific as possible when describing things like important quest items, facial expressions, and atmosphere.

How Much Does a Video Game Writer Make?

Okay, now that we have the process out of the way and you are still here, let us explore one of the most important aspects of the profession: the salary.

How Much Do Video Game Writers Make in a Year?

This isn’t a bad salary for a writer, and as you grow in experience, you could be making serious bank doing what you love.

How Much Do Video Game Writers Make an Hour?

Again, based on PayScale, it is reported that video game writers can usually expect to make around $19.65 per hour. Again, not bad at all. This sure beats waiting tables! 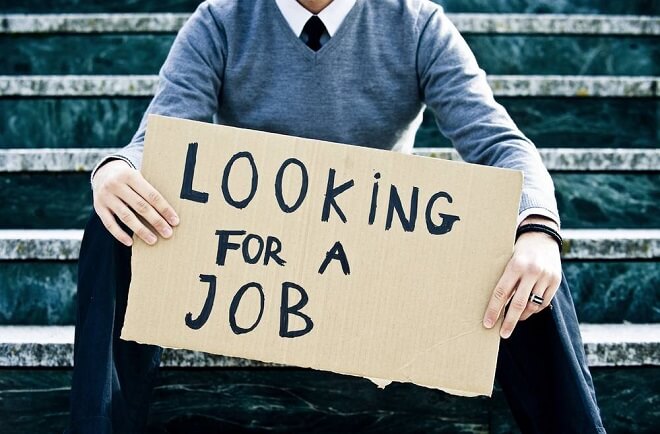 Okay, this is fine, but where are the jobs? Where do you begin to look?

Well, the internet has a plethora of opportunities and searches for game writing jobs. Places like Indeed, Zip Recruiter, and LinkedIn all provide great starts for trying to break your way into the industry.

If you go to school for a game-related field, you may have valuable connections that can point you in the right direction. Use your connections, don’t be afraid to network, and hit the ground running.

Related: How to Get a Job in Video Game Design

Now you know the basics of game writing. This is a field where you get to flex your creative muscles. By creating a vast world, good characters, and an addictive storyline, there will be no creative project you cannot involve yourself with.