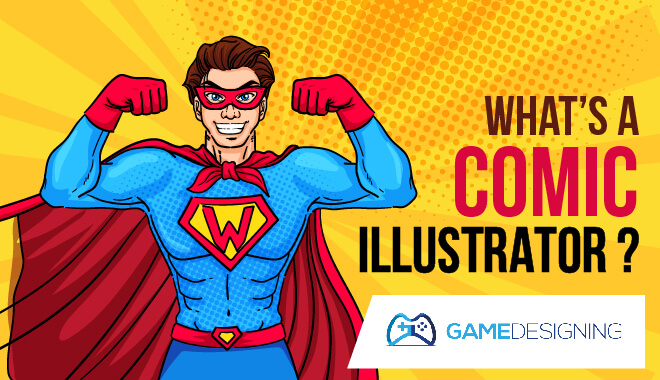 For as long as we’ve been around, humans have been telling stories. Stories drive, inspire, motivate, and teach us. The ability to look at the world from the perspective of another; to imagine for a time that we are the heroes of these stories, is a big part of what makes us special. But stories are not told with words alone.

Long before the printed word had been invented, we were telling our stories and myths, visually, through art.

This tradition–through video Games, graphic novels, newspapers, and of course comic books themselves, is still ongoing to this day. All of these mediums rely on talented artists who can tell a compelling story; with or without words. These artists are commonly referred to as comic illustrators.

What is a Comic Illustrator?

A comic illustrator’s job is to create the images and visual elements of a piece of storytelling media, such as a comic book. Some illustrators, such as Alan Moore, the famous creator behind Watchmen and V For Vendetta even write the story and text boxes themselves.

But most of the time it is the job of the comic illustrator to listen to the authors and writers, understand their vision, and add the text in a visually pleasing way to their art. But that’s not to say the illustrator has no power.

Comics are a visual medium, where the artist’s images and skills are what the reader will remember. Even if someone else writes the text, make no mistake, it is the illustrator’s story. Therefore, illustrators’ creativity and skill are their greatest assets.

The comic panels themselves are first drawn as sketches on traditional pen and paper. Afterward, these sketches are scanned and uploaded to a computer program, such as Photoshop, InDesign, Corel Painter, or Illustrator to be completed. Different companies will have different preferences when it comes to software, so comic illustrators need to be able to competently use them.

Sketching and uploading doesn’t begin right away, however. Many comic illustrators begin their work by doing extensive research gathering visual references and creating layouts to test how the text and images will look when put together.

Finding references to images, expressions, and objects to inspire you, as well as creating is a big part of the job, especially for large-scale projects with many images. It’s not uncommon for several days to be spent entirely in preparation before truly beginning work on the images.

That is not to say that a comic illustrator’s job is leisurely. There are often tight deadlines, and sometimes a comic illustrator may have to juggle several projects at a time. However, the most well-established artists have a lot more leeway when it comes to setting their own schedules, and the ability to see your art published is, in itself, inspiring.

Do Comic Artists Only Draw Comics? 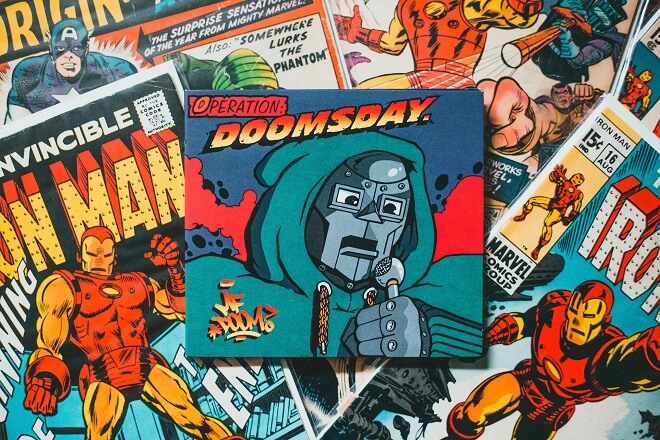 Actually, there are a wide variety of assignments an illustrator can expect. For example, one of the most common illustration jobs is actually in the education industry. Using comics and creative images is a great way to help visual learners understand a topic better, and comic illustrators can often be asked to fill the pages of the newest textbook.

Newspapers and political cartoons are a great avenue for more comedy-leaning artists. Advertisers can also hire comic illustrators to help them with comic-oriented ads. It’s not uncommon for comic creators to gain a following online. Cyanide and Happiness took the standard layout of a newspaper comic and added their own vulgar and obscene humor to become a popular webcomic that updates daily.

Even video game design often goes hand in hand with a comic illustration. The introductory cutscene to The Witcher 3: Wild Hunt, for example, uses a comic book art style to help set the tone of its dark and gritty world. Indie developers will often use a comic book style so that their cutscenes can have a lot of visual impacts, without spending precious time and resources making them in 3D with CGI.

Of course, there are plenty of jobs to be had in the gaming industry designing landscapes, characters, and storyboards as well. So for a comic illustrator who doesn’t mind wearing several hats, the game industry can be a gold mine. In short–no. They are not limited strictly to comics themselves and can find work in a number of different areas. They can even choose to specialize in whatever area interests them the most.

The payment a comic illustrator can expect varies from job to job, and artist to artist. Many comic illustrators begin as freelance agents, taking jobs that appeal to them whenever they can. The average payment in these cases is $100 dollars an image and $55,000 a year in salary.

However, the most successful illustrators, who regularly do work for large companies such as Marvel or can easily make a salary of over $77 000 a year. generally, the more professional work you have done, the more leverage you have in your future jobs. Companies will pay more for the services of an artist with a reputation for submitting great work on time.

How to Get a Job As A Comic Illustrator

An artist’s talent, style, and ability to work well on a schedule are the biggest factors when it comes to being hired as a comic illustrator. Having a great portfolio of comic art is, at the end of the day, what will truly show off your skill.

With that said, having such a portfolio does not necessarily require a degree. But your post-secondary schooling will show off to potential employers how serious you are about getting into a career in art. Having at least a bachelor’s degree in an art field, as well as an art major, is practically required to get your foot in the door.

So, if you’re interested in this career, it’s best to attend a notable art school with a solid reputation; such as the Rhode Island School of Design. This will give you the skills you need to progress in a comic illustration career, as well as a massive head start on your portfolio. You’ll need to have an understanding of graphic design, studio art, sketching, and storyboarding.

In addition, you’ll need to be well versed in a variety of software; from Photoshop to InDesign. Once your skills have been finely honed, and you feel you’re ready to start working, how do you actually find a job?

Many comic illustrators start off as freelance artists. This can often mean accepting jobs on websites such as Fiverr and Upwork in the beginning. They offer a great way to make connections and to prove yourself as an artist who can get a job done.

Unfortunately, unless you choose to become a self-publisher, the comic book industry is incredibly competitive, and it will take some hard work and no shortage of luck to join a titan like DC Comics. There are job websites out there as well, such as Glassdoor.com, that can occasionally point you to great opportunities.

But no matter what, it may take some time before you can land yourself a high-paying career. The more completed jobs you can add to your portfolio, the higher quality of job you can come to expect. 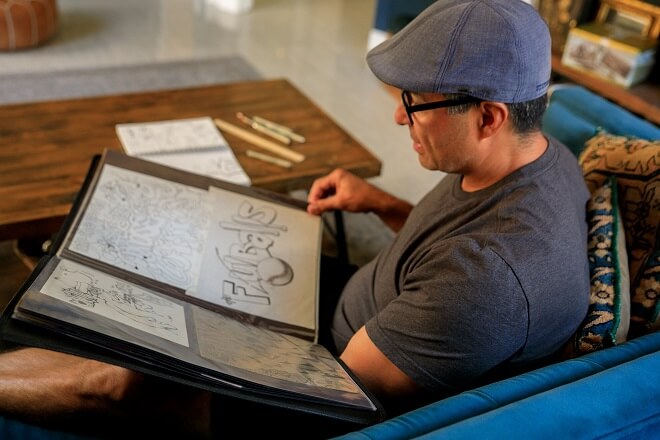 Putting together a great portfolio of your work is the single most important factor when it comes to finding work as a professional artist. This is no less true for a comic illustrator than it is for a photographer. Generally, while having great art in a number of different styles and mediums can help, you’ll want to focus your portfolio towards the career that you want.

In this case, you could have great pin-ups and have finished several commissions of high quality, but if you don’t show off your skill at making comics themselves, it will be difficult to accept you as a comic illustrator. If there’s an area that you wish to specialize in, such as inking or line work, then make sure to have artwork that emphasizes your skill in this area.

As for comics though, remember that they are not just pictures, but stories. Employers aren’t just judging your art, but trying to gauge your storytelling ability. Having the text boxes in the same place each time, or lacking movement between your characters may work fine as a personal project but will fail to impress a prospective employer.

Try and show off just what you can convey visually, and the creative ways you can place and use dialogue. Develop an understanding of the methods and themes that comics are exploring currently, and try to prove that you can do it too. Do all that, and soon enough you’ll be launching your illustration career.

Is Comic Art For You?

Becoming a successful comic illustrator can be a lofty goal. But it can also open doors to many different paths; from video game design to webcomics. There are few jobs out there that so fully rely on your creativity and personality.

An author may have written the story to the comic, but it is up to you to actually tell it. A cartoon at the back of a newspaper is only as successful as the number of people it can entertain. In this way, a comic illustrator is both artist and a master storyteller, and with a little school and some hard work, it can become a long and successful career.

A graduate from the Toronto Film School, with a Bachelor’s Degree in Scriptwriting For Film and Television, Jesse has always dreamt of being a writer and storyteller. Now working as a freelancer, he’s able to write on topics related to his favorite hobby: gaming. Meet the rest of the team.