You are here: Home / Career / What is a Video Game Systems Designer? 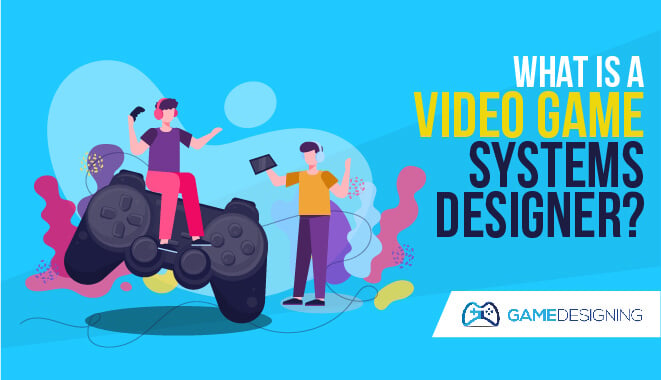 Anyone who has played Minecraft can tell you the value a good crafting system adds to a game. But we don’t often think about the people who made that happen.

That is the often underappreciated role of the systems designer, who works to build and tweak the systems in a game to be as enjoyable as possible.

But what exactly is their role in game development, and what does it take to become a systems designer?

What is a Video Game Systems Designer?

During a game project, a team of developers are trying to build the mechanics and code of a game, and make it playable. Meanwhile, a team of designers is creating the characters, story, and world to make this game follow a creative vision.

So what do system designers do?

System designers are there at the very beginning of the game’s conceptual phase, listening to what both teams are trying to do and assessing what software they need to make it happen. Then they spend their time during the production of the game making sure the game is meeting that vision, creating and adjusting systems to make the game experience better.

Combat, crafting, in-game timers, and character progression are all systems that this designer might create, or otherwise adjust. Essentially, their job is to build the in-game systems the player will experience, and make sure those systems are fun.

When all of this is implemented, the system designer also has to ensure that the game’s performance isn’t affected, and adjust things as needed. This might mean creating a resource flow, which keeps an eye on all of the in-game resources being produced.

Early on, the systems designer can pitch and create new systems to the team if they feel the gameplay needs something, but as time goes on the job becomes more about fixing the systems that are already in place and keeping track of everything in Excel spreadsheets.

While they are active all throughout a game’s production, system designers are actually busiest at the beginning and end of a development cycle. During the prototyping phase at the start, developers work to make a playable prototype of different game elements.

The system designer is able to use this to tell exactly what systems will need to be added to the game, and what sort of limitations they might face. Then they get hard at work in building those systems.

But during the QA testing phase, the game will finally be getting feedback from actual players. The system designer is very active during this process, as when players interact with the game it may reveal flaws in the systems that may have been overlooked.

As this process goes on, system designers do the tweaks and patches to improve on these issues.

How To Become A Systems Designer

The interesting thing about this role in game development is that while a system designer’s job is very technical, requiring an understanding of programming, math, and detailed note-taking, there is also a lot of creativity involved.

They have to talk to the team, decide what they’re able to do and what systems would be the most fun, pitch these ideas and create them from scratch. Maintaining them all the while.

In a sense, they act as a gentle hand, nudging the game’s progress back onto the track it started on in the concept phase. But what do you need to actually become a systems designer?

Firstly, a thorough understanding of Excel spreadsheets. Much of the data, flow, and systems created by a system designer are tracked through spreadsheets.

Updating and adding to the spreadsheets regularly helps keep track of how the systems are working, what’s been changed recently, what still needs to be changed, etc. Because of this, system designers need to have a knack for organization.

They also need to be able to implement these changes and systems to the game, and that means having an understanding of writing game scripts and knowledge of one or more programming languages.

They don’t have to be expert programmers, but having some understanding of programming is a huge boon. Communication is also a big part of the job.

System designers can’t just implement whatever systems they want, they need to be able to communicate to the design team what they think a game needs and why, as well as explain what is or isn’t working about them as they’re implemented. 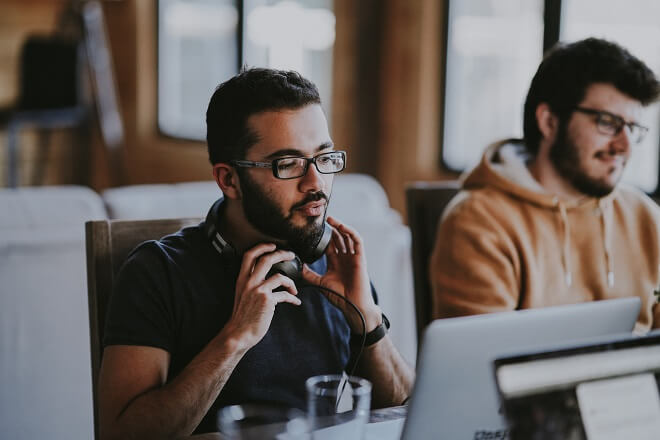 System designers can build systems for games, board games, cards, RPGs, or even systems to help corporate offices with their organization. In other words, there are a lot of opportunities out there if you’re willing to branch out.

Many of these system designer jobs can be found on job sites such as Indeed.com, Glassdoor, and Workopolis.

Though many system designers find success by creating their own work, either funding projects through Kickstarter or self-publishing a project. It doesn’t have to be a videogame, even if that’s where your interests lie.

Tabletop games follow many of the same principles as video games and being able to show a potential employer that you have designed systems in the past is the best way to get steady work in this field.

Becoming a systems designer can be very fulfilling. They get to use their organizational skills, knowledge of game design, and math skills in a creative way.

On top of that, the average salary of a system designer is $86,000 a year. But what kind of education do you need to become a systems designer?

Well, the good news is that having a degree is beneficial to get hired, but not necessarily required to get into this role. When applying for any game design field, it is your experience and design portfolio that will help you the most.

With that said, having a bachelor’s degree in game design, computer science, or game programming can certainly boost your resume above the crowd. You will likely need to work as a general game designer first before specializing in system design, so any real-world experience you can get is a huge benefit.

The good news is, some of the biggest game companies such as Blizzard, Toys For Bob, and Sony offer game design internships. They may not specifically focus on system design, but attending these programs can certainly help fill your portfolio and give you experience working on a game design team.

The good news about attending an internship, or earning a degree in game design or programming, is you will naturally be building up an impressive portfolio. A system design portfolio is a collection of your very best design work, and having one is crucial to getting a career in the games industry.

Employers don’t just need to see a resume and your references, they want to know if you can actually help their team design systems. Make sure your portfolio only has your very best work, and that it emphasizes your system design work if that’s what you’re going for.

Show the process you used to create a system in a game, from your excel spreadsheet and flow charts to the final result of your work.

To build up a portfolio without formal education, can be a bit trickier, and will take some initiative. You’ll either have to try your hand at designing some games yourself or try to get experience elsewhere.

Creating one of them can certainly count towards a system design portfolio. Stonemaier Games, creators of several successfully funded Kickstarter board games, have an excellent series of guides to help with this.

But if you want to keep your focus on video games, then you will have to fill your portfolio by designing games of your own. By learning to design games, you will by necessity start to pick up on how to make game systems.

The Unity engine is a great place to start. It’s a free engine that’s relatively easy to use and is the staple in most studios.

Another way to get a job in systems design is to attend Networking Events. Every year there are dozens of events held, where industry professionals and novices alike come to meet and greet and take part in competitions.

If you’re unfamiliar with designing games, but want to focus on designing systems, there’s a good chance there are people you can meet at these events who can help you.

To learn the fundamentals of system design, you could look into the GDC Vault. This website is filled to the brim with information and videos, all from industry professionals covering all facets of game design.

Many system designers have contributed to this vault, so there is a lot to learn here. However, there is an annual subscription fee of $550.

A much cheaper option is the book Introduction to Games Systems Design. It’s a comprehensive guide to what it takes to actually design systems for a game, written by professional system designers.

An excellent resource, since while there are plenty of books and resources out there for the game design itself, very few books focus on the system design aspect of the process. But this book throws it into the spotlight.

The GDC, in addition to the previously mentioned vault, also has a youtube channel with countless videos on game design. Here is one specific to the role of a system designer.

These resources can be extremely handy to learn the ins and outs of system design, so you can start filling up your portfolio.

Is A Career in Systems Design For You?

They may not be the most commonly talked about position on a games design team, but system designers are crucial to making games fun.

Without their math skills, organization, flow charts, and creative ideas, design teams would get much further into a project before realizing some of the fundamental systems of the game just aren’t fun.

System designers can look at the designer’s creativity, as well as the development team’s abilities, and meet them halfway. They create the skill-trees, the level-up systems, the resource management, and the crafting and help make them all fun to use.

These systems are a fundamental part of the rules and strategies that players will use in a game, and in the end, that’s what makes becoming a system designer worth it.