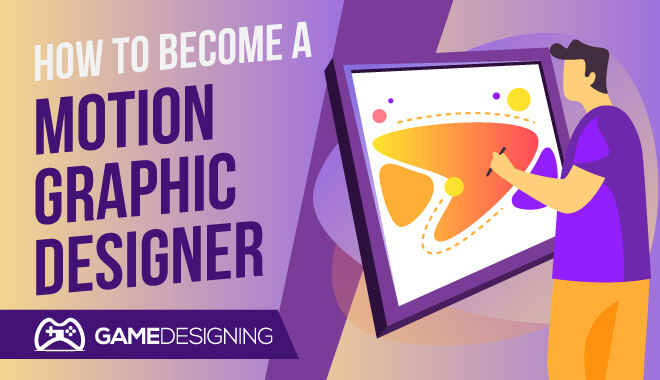 Anyone who has taken a seat on a Sunday night to catch a little show called Game of Thrones will be familiar with what motion graphics are.

How did someone turn a creative career towards motion graphic design?

Here is the way to become a motion graphic designer.

What Are Motion Graphics? 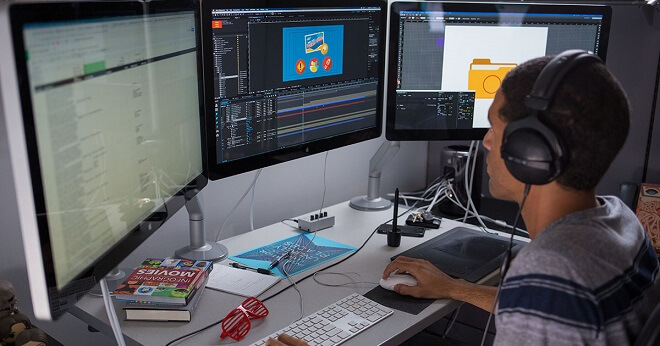 When I was in middle school, we were allowed to create a PowerPoint presentation on any subject we wanted.

At the time I was interested in samurai, so I picked that as my topic. I went all out; I filled my presentation with cool pictures, pieces of audio and graphics. I queued it up so that upon click, an image would animate on the title page. Little did I know that back then I had just taken part in motion graphics!

Very simply, motion graphics are animations used in conjunction with videos to make a lasting impact on the viewer. You will find most of these in the opening intros for TV shows, web series, and more.

If you were to look at a slew of movie intros, especially older ones, you can find a plethora of intros and animation made using graphic animation.

Motion graphic designers are so much more than merely animators as well. They are instrumental in telling stories by using their creative muscles, adding their personal touch to a story or visual.

Motion graphics have become so widespread in today’s world, that I guarantee you will not be able to surf the internet without coming across motion graphics. They range from informational YouTube videos to app animations, and everything in between.

If you were to watch the into from the first James Bond movie, Dr. No, the viewer is assailed by an army of constantly changing circles. These circles fluctuate between colors and intensity and offer a unique preview to the way that the film will unfold. It introduces the infamous ‘gun barrel’ point of view shot of James Bond, followed by the artistic credits sequence.

It was designed by Maurice Binder.

A particular piece of motion graphics I am awed by takes place in Total War: Three Kingdoms. Using the historical motif of medieval China during the Romance of the Three Kingdoms period, the research/tech tree is presented in the form of a cherry blossom tree.

With each successive chosen technology, the cherry blossom blooms more and more, giving the player a stunning animation as well as a classic piece of motion graphics.

Motion graphics allow animators and others to animate still images. Sounds simple enough, right? Although you could start motion graphic designing on your own, becoming a head honcho in the industry, you will need to follow a path towards the top. 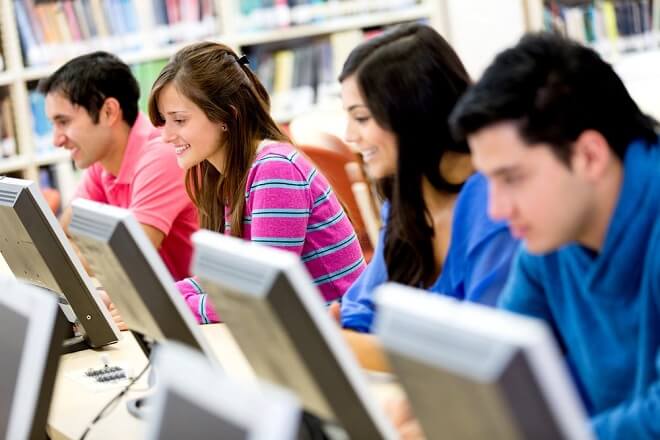 Here’s a secret; I unabashedly love school. I know, it’s crazy. But loving school is easy if you are learning what you are interested in. Simple as that. If motion graphics are your passion, you will love going to school too.

If you are planning on specializing in the field, the following schools and their respective degrees or degree programs will give you that valuable step towards breaking through into the industry.

A bunch of factors should go into the decision process of choosing any of these schools. The student may want to stay close to home, may not be able to afford some schools, or are particularly attracted to certain programs.

I encourage you to look more into these schools on your own, as well as measuring the pros and cons so you can get the best program for what you are looking for in particular. In no particular order, here they are:

Check out this great gallery of some students’ work at the Rhode Island School of Design.

5. School of Art Institute of Chicago

9. California Institute of the Arts

“have a mandatory paid-internship program which was HUGE…It took us to 6 internships across the country, gave me a lot of experience that got me where I am now. It also let me try a bunch of actual jobs and roles out, and taught me what I don’t want to do, and what I needed to learn.”

12. The Savannah College of Art and Design

Regarding the Savannah College of Art and Design, here are some particular classes that you will be taking in various degree programs:

And of course, you could rough it, foregoing school and education for a crash course in motion graphics by learning yourself. I would never disparage this approach, as many successful designers have succeeded without an impressive degree you can get from these iconic schools.

However, I believe that it will be harder to break in without any sort of certification whatsoever. Again, it is your decision, and it depends on your style and work ethic. This transitions into what happens after you graduate from studying motion graphics.

Here is what you want to know. 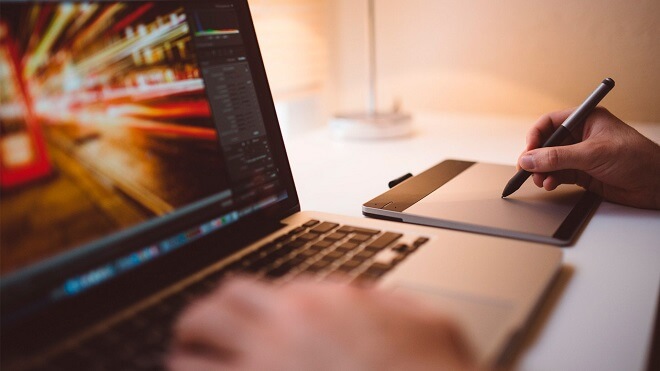 After graduating, the motion graphics design field is a lot like many other design job markets. A great first step in finding a job is to build on your portfolio.

The portfolio is your lifeblood here, as it will show prospective employers and companies what you are capable of, your art style, and your attention to detail. It might be in your best interest, before hitting the pavement, to refine what your portfolio looks like. Employers will not look kindly on those with messy, incomplete portfolios. With any luck, your school of choice will have helped you build your portfolio up substantially.

After you feel you have gotten a better grasp on what to show interviewers and companies, you should do some research as to what pay and salary will be like for you just entering the business.

On average, a motion graphic designer can expect to make around $62,000 a year. This is a very basic number, as many factors go into the rates. Consider that perhaps you wouldn’t be working for a company, but rather be your boss through the practice of freelancer.

Freelancers seem to make more, work on fewer projects, and other aspects.

Ultimately, it is up to you how you want to go building the framework of your career. If you are a person that craves a stable job and routine, then working at a company is your best bet. The freelance market can be tough, as you need to be connected constantly with multiple people for work.

If you can swing it, however, you could come into some serious cash. Not all experiences are universal though, and yours may be unique to the thousands of other motion graphics designers.

For more exploratory research into these aspects, check out the School of Motion. It is a great resource for designers to find work.

What are the Best Locations? 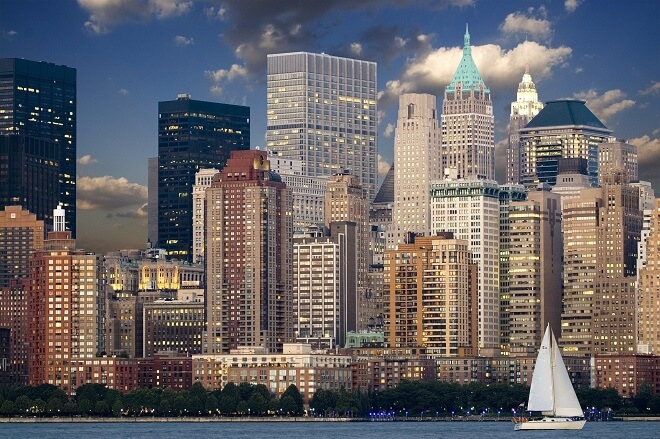 This could be another deciding factor in how much money you could make. On average, big cities are more promising when it comes to salaries. The best cities to become a motion graphic designer are:

While these cities are beacons of creativity and starting an artistic career, a few aspects need to be considered. The living costs in New York and San Francisco should especially be examined, as rent can prove to be astronomical.

My friend lives in the backend of Harlem, paying nearly $3,000 a month for basically a closet apartment. You need to keep in mind what your salary could bring you in terms of financial security. If you are cool with higher rents and living in the big city, then by all means, go for it!

You do not necessarily need to inhabit the big cities to become successful. The one thing that a big city can guarantee, however, is a vast network of like-minded artists and contemporaries which may prove invaluable to a budding artist.

Tools of the Trade 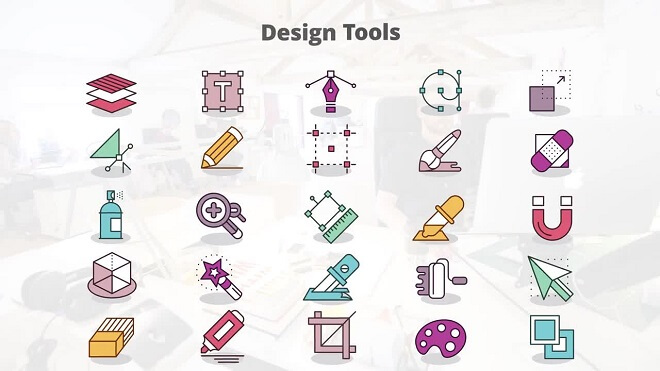 Okay, now that we know where to go and what to do, what tools to motion graphics designers utilize the most to create unique and stunning visuals?

However, as one motion graphic designer, Dan Maurer, stated:

“Being able to think like a designer, being able to break the problem down into elements and then solve it properly, that in my mind, is more important than actually knowing the software. If you can do good design and dissect the problems, you will go significantly farther than just learning the tools.”

Having a basic grasp on these tools is a must, but as Dan Maurer said, having the designer’s mindset is way more valuable than just being an automaton that knows programs inside and out. 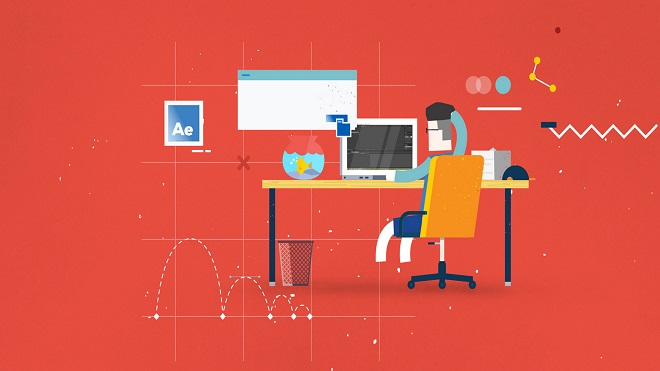 If you were looking at the Game of Thrones intro with a sense of reluctance before, you don’t have to now.

Companies like Elastic and the team that worked on the GoT intro as well as countless others, all got their respective starts in a ton of different places.

Since you are reading this, I can assume that you are at least somewhat competent with the programs above, which is a great start.

But if you’re not, don’t despair.

There is NO time limit on your career as a motion graphic designer. All you need to do is have a designer’s mindset, a grasp on the tools of the trade, and a small penchant for networking with your fellow artists.

Whether you are 18 or 48, graphic motion design is ever-changing and evolving with technology, so you won’t be left behind.

No one story is the same, and with proper networking, location, education, and portfolio, you can make it big as a motion graphics designer. Now get working on that portfolio, you brilliant artist!

Check out these game-related career profiles: