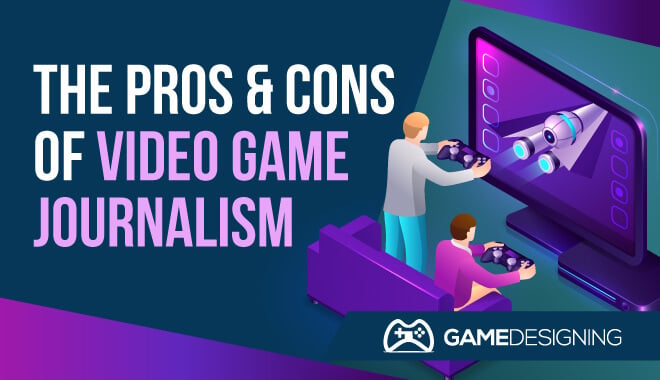 In recent years, video game journalism has become a valid and booming business. Who would have thought 20 years ago that journalism wouldn’t just be confined to breaking global news and various other news stories? Now you have countless individuals breaking the most important news in the game industry.

What is Video Game Journalism?

Very simply put, video game journalism is a subset of journalism that deals with video games. This includes all of the different aspects of the gaming world.

For example, you have the anticipated announcement of a huge release. The announcements of games like Red Dead Redemption 2, Grand Theft Auto V, and any of the Halo games have been a huge windfall for video game journalism.

Imagine being one of the first gaming journalists to break the news that Halo 2, one of the most anticipated games of the mid-2000s, was being released.

What Do You Do As A Video Game Journalist?

As a video game journalist, you research, break news, and keep your ear to the ground. The internet is an ever-changing landscape, and there are millions of people clamoring for the biggest gaming news, and it is your job to break it to them.

Like any other sort of journalism, one should ideally be objective and unbiased. If a Halo game is mediocre, even if you are a super fan, you should report it as it is. It gives you an important boost in credibility as a game journalist. After all, if a superfan can be honest about the quality of an anticipated game, doesn’t that sound trustworthy?

On that note, you will most likely also be reviewing these games. This is key, and arguably some of the most important work in video game journalism. As a reviewer, you can let the gaming public know exactly what the game offers, what it does well, and what it fails at.

Some reviewers have gone steps further, blogging extensively about certain games, exploring themes, stories, gameplay, and more. These special videos offer a key insight into the industry itself.

Some of my favorite videos are those by Super Bunnyhop, also known as George Weidman. George has multiple, long videos dissecting key aspects of some of the biggest games. My personal favorite is his videos reviewing and analyzing the Metal Gear Solid games, specifically Metal Gear Solid V: The Phantom Pain.

Another aspect of video game journalism is the review process. This is where everything is laid on the line for a game. I remember eagerly awaiting reviews from sites like GameSpot and IGN for games that caught my fancy. I remember being disappointed, surprised and overjoyed at some releases.

Getting the first look at a game was, frankly, exhilarating. Reviews offered a valuable peek into the best and worst aspects of games.

A famous case of review shenanigans was the infamous review of Kane & Lynch: Dead Men by Jeff Gerstmann. In the review, Gerstmann lambastes the IO Interactive title, (and rightly so), for its broken gameplay, eventually giving it a score of 6/10. This caused huge controversy, as GameSpot was heavily advertising the game before release.

This seemed to me like the game was going to be good. After all, why would a reputable site like GameSpot willingly advertise it?

This introduced me to some more unsavory aspects of gaming journalism.

GameSpot, allegedly under pressure from Eidos Interactive, fired Jeff Gerstmann. This created a rumor mill stating that GameSpot was kowtowing to advertisers instead of reviewing games honestly. This undermined a lot of confidence I had in the site, whom I trusted implicitly for years at that point.

Although they maintained this, there was some talk of suspicious review influencing by developers, especially with Jeff Gerstmann’s dismissal the year before.

How Do You Review A Game?

Well, very simply, you need to play it first.

Examine all you can in detail: the gameplay, graphics, story, voice acting, physics, mechanics, everything. You need to be detail-oriented, omitting nothing from your experience. This will give you a better idea of what you are dealing with.

Depending on whom you write for, they may have different criteria for games, (i.e. 5/5 or 10/10 scoring systems), and you have to tailor your thoughts to that so it can translate easily for viewers and readers.

Even if you loved the game, examine what could have been better about it. Give some suggestions as to what the developers could have left in or included in their finished work to not only give better feedback to the game developers but to educate readers on good game mechanics.

As you can see, the review process alone is such an integral part of gaming journalism, one with far-reaching consequences and responsibility.

How Do You Become A Video Game Journalist? 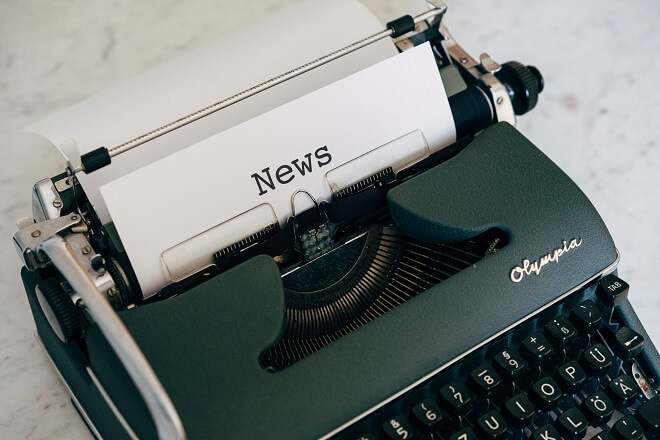 The number one quality that many have said is essential to video game journalism is writing. You have to be a good writer, someone who can communicate these ideas to others in a clear, concise manner.

You can do this by freelance writing.

Freelance writing is a combination of many different things. You could be a regular contributor to a gaming publication or write one-off pieces for different sites and publications.

Overall things, writing is the heart and soul of game journalism. If you can’t cut it as a writer, practice, practice, practice. The more you read and write, the better you can improve your skills. Also, if you have college experience in composition classes, this is a plus.

This seems a bit obvious, but it is crucial to your development as a budding video game journalist. You should ideally have a good grasp on video games: developers, genres, graphics, and other aspects of the field.

Of course, a background in gaming is preferred. It isn’t impossible to break into the field if you weren’t a gamer growing up but having that life experience can pack a punch when it comes to your writing.

This takes on many forms, but mainly it comes back to your writing style.

How do you develop one?

This can be addressed in a multitude of ways. You can start a blog, and contact publishers to get some traction for your writing. Getting constructive criticism for your work is also key.

If you can’t accept suggestions for your work, then you might not be cut out for it. It is all about laying your skills out on the line.

Observe some of your favorite writers from different sites and publications and see what you take away from their style. There’s nothing wrong with emulating a certain style of writing, especially if it helps you get your creative juices flowing, as long as you don’t plagiarize!

Hopefully, this exercise in emulating writing styles can help transform your writing into a unique style of your own.

These can be super important for your future work. Throw ideas for articles around. Any subject will do but showing off your creative side is a big plus to some sites. It proves that you can think for yourself, add to publications, and are willing to think freely if needed.

You can explore deep ideas, themes, and writing like George Weidman does in his vlogs. This is some great creative work that sticks with people long after they are done reading it. 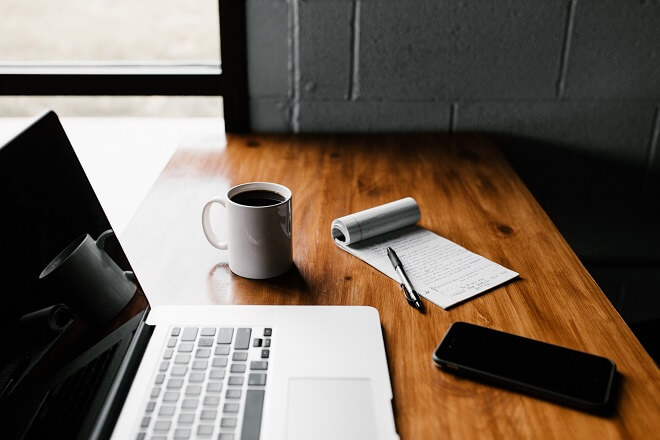 So, you have scored some writing gigs. That’s great but watch out for some pitfalls.

There are of course more predatory editors that will offer you ‘exposure’ for your writing work. This can be a huge red flag, and you can easily be taken advantage of, especially early on.

This concept of paying in ‘exposure’ for art, whether it be writing or painting, often leaves the artist at a huge disadvantage. You could pour blood, sweat, and tears into work that perhaps no one will ever see. Your time is valuable, never settle for exposure when there are people out there willing to work with you fairly.

This doesn’t mean that you completely throw your opinions out the window. You have to bring your unique point of view to something that perhaps a hundred other journalists will be writing about.

What is something interesting or new you can bring to the table?

Although it ended with Gerstmann’s firing, he still spoke his mind about Kane & Lynch regardless of the outcome. He mixed both personal opinion and objective facts about the game to be a solid piece of gaming journalism.

So, that’s it! I hope that gives you a better idea of the pros and cons of gaming journalism. If you can hone your skills and find people to work with, you could be a great game reviewer! Get writing!