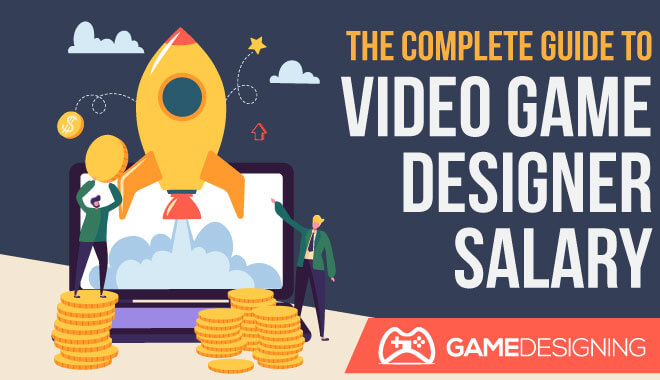 Around the time of Xbox and the Wii, game studios realized there was an untapped market outside of the self-identified “gamers” category. Kids and adults were more than willing to play games, there just wasn’t content that grabbed them.

Games or franchises like Rockband, Wii Sports, and Fable changed all that. The floodgates had opened.

Despite the occasional bad press, 71% of surveyed parents reported thinking video games had a positive impact on the lives of their children.

The games industry “fueled the direct employment of 65,678 Americans” in 2016. That puts it right around other established recreational industries, like bowling and skiing, in terms of employment numbers.

Of course, the gaming industry is way bigger than just America.

Before we get to the big money salary details that you’re craving, we need to look at where the gaming industry is making all its billions. You gotta’ know the biz’ if you want to make that cheddar! (Or something like that)

The games industry is still growing on a global scale. What does that mean for jobs?

Global games industry figures can be misleading, so let’s take a look at the stats in a bit more detail before we look at the bacon you’ll be bringing home (#ketodiet).

Overview of the Industry: The Statistical Breakdown

What is the region responsible for most of the revenue generation? The Asia-Pacific. China alone is expected to generate $27.5 billion of all game industry revenues in 2017. For those of you paying attention at home, that’s a quarter of all revenue for the 2017 projections.

Here are the numbers are broken down by game category for 2017:

That’s a lot of sweet moolah floating around in the global games industry. But the industry isn’t growing faster than the competition for jobs within the industry. There are a lot of aspiring game designers and game developers out there.

The competition is stiff.

Universities are offering game design programs and game developer programs. And everyone seems to be asking–Is investing in those programs a sound financial and career decision? Will you be able to make enough money to pay back the expenses of going to college?

The Lowdown on Gaming Salaries by Position

For the sake of this article, we relied on Glassdoor to estimate salaries for positions in the game design industry.

Glassdoor works by processing information that’s voluntarily supplied by actual people working that specific job. So, you might have some job salaries that are extremely accurate and others that aren’t quite as representative of the actual salary picture.

Why does this happen? Some jobs will have information supplied by hundreds of people in that position. Other jobs might only have a handful of info submissions.

The bigger the sample size, the more reliable the data! That’s Statistics 101. (Speaking of 101, if you’re looking for an internship, check out our beginner’s guide to animation internships or graphic design internships!)

We’ve also included descriptions of what to expect from these game-making roles.

The ranges and averages listed on Glassdoor can change based on market changes as well as new information submitted by the relevant workforce members (so click through on the hyperlinked numbers to see the most up-to-date Glassdoor estimate).

It’s also worth noting that different regions will have different averages and salary ranges. Plugin your desired job locations to see how that changes your estimated earning potential!

According to GlassDoor, the junior game designer national average salary is $61,292. Not too shabby.

Junior Game Designer is an interesting role, and if you haven’t already served in that position, it’s a stepping stone you’ll likely have to hit before landing the coveted Video Game Designer position.

Your responsibilities as a Junior Game Designer will vary based on company size and the size of the project you’re working on. If you’re on a small team, you might be acting as lead designer. If you’re on a larger team, you’ll likely be relegated to specific design tasks within the development of the game.

Once you put your time in, you have a shot at becoming the Video Game Designer.

A Video Game Designer has a national average salary of $70,750. The low end of this range sits in the mid-forties (about $42k-$48k depending on where you are located). The high end of the salary range sits around the mid-nineties (this will fluctuate based on location, too).

The Game Designer position is a highly coveted position (at the very least, it’s a position that thousands of people outside the industry think they want).

Game designers are responsible for the big game decisions: core elements, gameplay, characters, themes, etc. It’s a powerful role (not to be confused with a barrel roll), and in it, you will have many leadership responsibilities.

Game Designers need good leadership skills. Communication is a biggie–you’ll be in charge of coordination and communicating with the other departments on the project.

As we mentioned, this role is not entry-level. The only way to fast-track it to lead game designer is by starting your own studio (which is viable if you’re into that!).

As a junior game developer, your role will depend largely on the needs of the studio and the size of the project you’re working on. The smaller the team, the bigger your responsibilities (usually).

On a big team, you might be working with a number of other junior developers. The lead developer will oversee the project, and handle the business of her own. In this setting, you’ll receive some focused tasks, like cleaning up or polishing specific aspects of the game.

If you’re working with a small team, you might be the sole developer on the project. That means you’ll need to have (most of) the answers and you’ll be responsible for the developing work.

Company size will make a difference, but many studios will have several positions under the umbrellas of game developers (and sometimes game designers). If you don’t have the experience to land a position as a game developer or game designer, you can land a job as a game artist, or a level designer.

We aren’t saying that these are lesser jobs. They aren’t at all. They are specialized jobs. Game developers and game designers (especially) need to be well-rounded to do the best job they can as they climb the job ladder.

Getting specialized experience in niche elements of game design and development will prepare you more thoroughly for the team leader roles.

The national average salary for game artists is $67,628, according to Glassdoor. The low average is $45k. The high end of the average is $92k. Your salary will depend on the studio, your experience, and your location.

Your job as a game artist will require you to create everything from concept art and storyboards to rendering the objects in the game.

Smaller indie studios might outsource this role to freelancers, but many studios will manage this role in-house. You might have a hand in creating any visual asset needed for the game–everything from characters and vehicles to scenery and objects is fair game.

You’ll need art skills (as the name suggest). And you’ll probably want some decent programming skills, too (unless you only want to work on interactive graphic novel games, where you can render everything in a program like Photoshop). A strong portfolio is crucial for landing a game artist position, especially without any prior industry experience.

After enough time passes for you in the industry and you’ve honed your skills to a master level, you will have opportunities to pursue Lead Artist positions.

The Lead Artist is in charge of the art department. As Lead Artist, you have final say over the game’s visual style. To be a well-rounded team leader, it’s a good idea to put in as much time as you can in the different art department roles.

Having a variety of jobs within the department under your belt will give you the experience and understanding you need to effectively lead your department.

As with Game Artist, the Level Designer position can be considered an entry-level position. There are Game Designers and Game Developers in the industry who got their start with a position like this.

Level Designer is pretty straightforward. You’ll be in charge of designing levels for a game. Houses, castles, mountains, grottos–you’ll be designing and editing the environments needed for the project.

You’ll answer to the Game Designer and the Lead Artist on the project. That doesn’t mean you won’t have the freedom to get creative. You’ll have a theme, style, and art direction to work under, but what you produce in that framework comes from your creative brain.

As you advance as a Level Designer, you’ll be responsible for developing the gameplay of a level. In-game genres like platformers, much of the game’s challenge comes from the level design.

Modding is a great way to work with AAA assets, hone your level design skills, and get noticed by the industry.

Is Graphic Design A Good Career?

Definitely. If you’re able to put in the hard work as well as translate your ideas and those of your client into a reality, you can land a fulfilling and lucrative job.

They definitely have the potential to. It depends on a few factors like education level, job position, as well as the state you live in. New York shows the most promise with salaries starting at $52,960 and North Carolina being the least at $38,841.

If you’ve been in the business awhile, you can expect that to jump up considerably higher.

How Much Do Graphic Designers Make in 2022?

Graphic Design Specialist IV takes the top position as the biggest earners in 2022 with an average of $91,838. Many of these artists can expect to make even more, with salaries rising to well over $110,000.

What is a Junior Designer?

A junior designer is a position crafted for those designers out there that have little to no experience in graphic design in terms of actual jobs or work.

It doesn’t mean they’re not talented!

It simply gives those who haven’t been able to work at great companies to flex their creative muscles and more effectively build their portfolio and familiarize themselves with the industry.

How much does a Junior Graphic Designer earn?

Dependent on skill level and position, the average junior designer salary is $50,772. This is noteworthy in that it’s not too far off from an entry-level graphic design position’s salary.

There’s a lotta’ money being made all over the world thanks to games. And, as you saw from the numbers, Game Designers and Game Developers can make a pretty decent living. The gaming industry is a global industry. To get the best jobs, you might have to look at the global market.

Nothing replaces hard work and an incredible portfolio, but if you want a job in the industry, widening your geographic search could do the trick.