You are here: Home / Career / Video Game Developers, These Are the Cities To Look For Job Opportunities & Career Growth 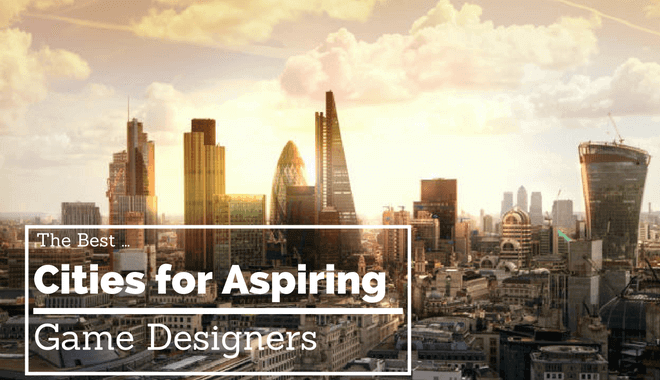 You thought you had solved the hardest question when you decided what you wanted to do — design games. Now you’re here because you’re realizing that deciding what to do wasn’t the hardest part…instead, it’s where to do it. We hear from you.

Ask five different people and they will each have different parameters they want their home city to satisfy. Some people want cities with exciting night lives. Others want a quiet and clean city. Some will say US-based. Others still will say international. All of these elements have merit.

And of course, since we’re considering locations with a specific job in mind, we want to make sure there are job opportunities.

Just take a look at gamedevmap.com. It crowdsources information on all kinds of video game development-related companies.

There are different search categories. The primary number we looked at listed the number of developers in a given city. The rest of the categories include the following sectors:

Each category is tracked separately. For the sake of this article, we calculated the totals through all five categories and ranked the top 10 cities by studio density.

With 108 studios in total, London takes the cake. Options abound, with studios from the Namco Europe office to the indie Payload Studios. Sure, people complain about some of the restaurants and food options there. But with cuisine choices as abundant as game studios, you’re bound to find something that you like.

Weighing in at a solid 107 studios, San Francisco takes second place. There’s nothing quite like designing games to a beautiful bay view. If this is your choice, here’s a handy guide to nicknames for the city.

You might’ve guessed that you’d see Tokyo somewhere on this global list of game developer hotbeds. In third place with 101 studios, it doesn’t disappoint. If you’re looking for a dense city in an island nation, this is your spot!

The city of hazelnut spreads and romance, where the only flakes are found on perfectly baked pastries. Well, we can’t really speak to the abundance or lack of flakes in Paris, but we can tell you there are around 85 game studios.

Back to the states, this time taking a scenic southern route. Austin Texas places 5th on our list with about 74 video game-oriented studios to look into.

The “double-play.” The “back-to-back.” Whatever you want to call it, we stay in the US for city number six. LA boasts an impressive 69 studios.

The “triple-play!” The hattrick! The US strikes again, and we’re back in the west. Seattle marks three in a row for the states, and four ranked cities in total. Gamedevmap indicates there are 67 studios in this rainy place. Rain, perfect reason to stay inside and play games (or make them!)

We go north! Heading up from the United States we enter Canada, where we’ll stay for the remainder of the list. A total of 58 studios can be found in Montreal.

The third and final Canadian game-developer haven is Toronto with 38 studios. It’s a far cry from London’s 108, but it has enough to make the list!