You are here: Home / Career / The Beginners Guide to Animation Rigging 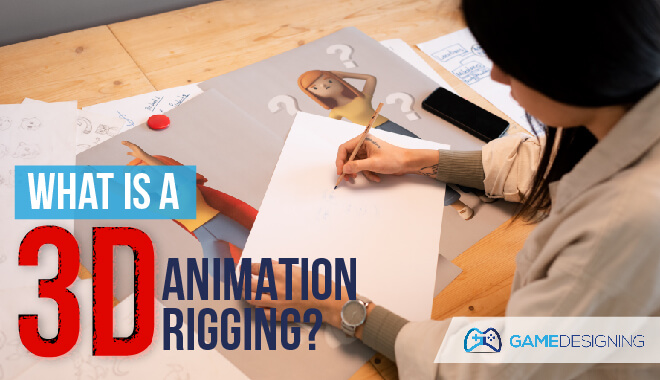 A 3D animation rigger is a member of a visual effects team who helps to prepare 3D assets for animation.

The role combines both artistic and technical skills into a single job that is crucial for productions in film, television, video game development, and more.

If you are looking to start a career in the field of digital media or 3D animation, becoming a 3D animation rigger may be a good choice for you. This job is in high demand at a number of different companies and can be a well-paying career with great growth potential.

In this article, we will explain some of the basics of what a 3D animation rigger does, and the role they play in larger animation projects. And, we will provide you with some tips you need to begin your journey getting started in 3D animation rigging.

What is a 3D Animation Rigger?

When it comes to 3D animation, there are many different steps in turning an idea into a finished project. In order to understand what a 3D rigger does, it’s important to know a bit about the overall process.

Once concept art has been created for a 3D character or asset, it will be the job of a 3D modeler to make the actual object that will be used by animators. But, a 3D model is really only a static object, and before the animators can begin to pose and animate the model it needs to be rigged.

Rigging is best thought of as building the skeleton of a 3D model that will dictate how it can move when animated. In addition to simpler movements such as limbs, a character rigger may also work on things like facial rigging for expressions, rigging clothing, and more.

Rigging is also important not just for animated characters, but for any 3D object that needs to move in a more complex way.

Just like a human skeleton, a 3D rig can become very complex, with many different interacting elements that work together to make movements natural.

For very detailed models, such as those used in an animated feature or AAA video game, there may be hundreds or even thousands of virtual bones and muscles that combine to create natural-looking movements.

Rigging is a very important job because it breathes life into simple static models and allows animators to make use of them. Rigging can be a delicate art to get models to move just right without looking wrong and a rigger needs to have an understanding of both the technical aspects of 3D modeling as well as the process of 3D animation in order to optimize their rigs.

What Skills Do Character Riggers Need?

When you read a rigger job description, you will find that there is a lot that goes into being a successful 3D animation rigger.

On the technical side, a rigger needs a good understanding of how 3D models are made and the many ways that they can be rigged to move as intended. Though rigging is often compared to setting up a puppet it is a much more complex task and knowing what bone to put where as well as how it connects to the underlying model is a very important part of the job.

Riggers also need to be familiar with the software aspects of 3D animation. This includes working with different file types, editing model properties, navigating and working in 3D space, and exporting files properly for use in animation.

More advanced riggers may draw on their technical skills even further and work to develop new software tools to make rigging more efficient or to automate tasks.

There is also a wide range of artistic skills a rigger will be expected to possess. For one, a good rigger needs to know a bit about animation so they understand how their model will be used in the final project.

This goes beyond the surface level as well – animated characters each have their own personalities, often expressed through movement, and a good rig is a foundation for creating these distinctive personalities.

Especially for human characters, a rigger needs a solid grasp of real human anatomy to make sure their characters move like humans, while also having a grasp on the artistic ways that animation can modify or exaggerate real human movements for an intended effect.

As a rigger, you will also need a range of soft skills that will help you thrive in the role. Problem-solving is a big one, as you will rarely get a rig perfect on the first try. It may take many attempts and different approaches to get a character set up just right. Communication also is a very important skill.

The modelers and animators on either side of the rigging process have highly technical jobs of their own, and a rigger will often need to communicate with both to create a solid final product. Collaboration is also a big part of this role, as most animation projects these days involve large teams with many different members all working together.

What Tools Do 3D Animation Riggers Use? 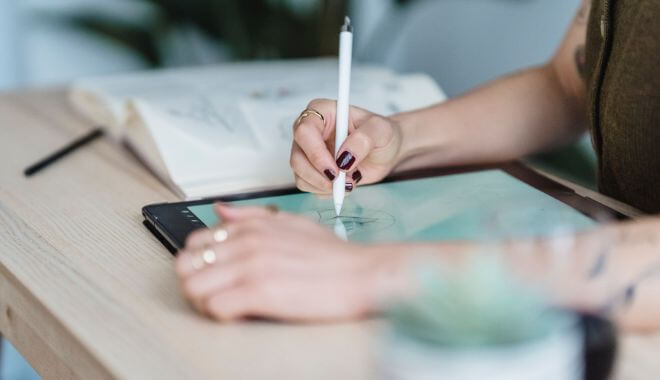 Animation riggers do most of their work on computers using specialized 3D software. There are a few common programs that are used across the industry, including Maya, 3DS Max, and Blender among others.

These programs often combine elements of sculpting, modeling, rigging, animation, and more into a single package, and as a result, can require a lot of practice to become familiar with Usually, a studio will use a specific software ecosystem in their workflow, and as a rigger, you will often be expected to adopt the program of choice of your employer.

When it comes to 3D software there are a lot of common elements and transferable skills, but a rigger may need to take time to learn multiple different programs to be flexible and versatile to employers. Each of these industry-level programs is generally as capable as the next, but the way that individual tasks are completed may vary greatly.

Because animation rigging is an in-demand job that draws on many refined skills, there is good money to be made if you choose to go into this career. According to the Bureau of Labor Statistics, the median wage in 2021 for special effects artists and animators was $78,790 a year, or about $37 an hour.

Though a rigger’s salary may vary based on where you work, you will also have a lot of room to grow your skills and in turn your salary. Riggers may also be able to move up in their field, becoming managers of a larger team of riggers or overseeing an entire animation department.

In terms of job prospects riggers are already in high demand. In the future, the Bureau of Labor Statistics reports that the field of special effects artists and animators is expected to grow by up to 16% from 2020 to 2030, much faster than other industries. This means there will be a lot of work for talented riggers for a long time to come.

How to Become a 3D Animation Rigger

In the world of digital art, education and tools have become more accessible than ever. This means almost anyone can teach themselves a skill like rigging and potentially get a job doing it.

However, most professionals in the visual effects industry choose to get a formal education in the topic. There are many benefits to going this route.

For one, you will get to learn at a much more elevated pace from highly qualified instructors at your school. You can also learn a lot about the industry as a whole from these courses, and you can develop important relationships that can help when networking later in your career. Finally, studios will be much more likely to consider you for employment if you have a degree in a relevant field.

Many colleges offer courses in areas like digital art, digital media, and animation that would be applicable to a job as a rigger. Some may even offer courses or specialization in rigging. If you plan on getting into a more technical visual effects job like rigging, it may also help to take some courses related to computer science, physics, and mathematics.

Programs in visual effects and rigging can range from a year up to a full 4-year program. Beyond formal education, you may also choose to look for an internship or apprenticeship to gain more real-world experience working in the industry which will help a lot in finding a job down the line.

One important tool for any artist when it comes to finding a job is your portfolio. Your degree might get your foot in the door, but nothing proves your skills better than a solid demonstration of your skills. Most jobs won’t even let you apply without a portfolio. Keeping an up-to-date portfolio of your strongest work will be one of the best ways to stand out among your peers.

When it comes time to find a job, there are many different companies you can apply to.

Most obvious would be animation studios or game developers, but many media and production companies will have their own VFX team that may be in need of a rigger. You don’t need to move to California to work in visual effects: opportunities exist nearly all over, not to mention studios that may offer remote job opportunities.

With your degree and a strong portfolio, it’s only a matter of time before you find a job that’s suitable for you.

Continue to hone your skills as a rigger and you can go very far in the industry. Good luck!