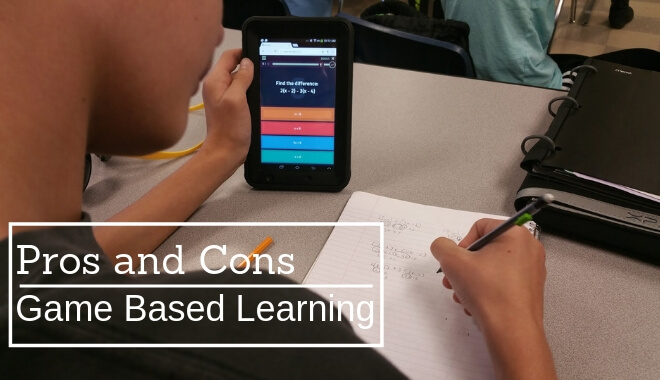 I remember days gone by at elementary school when we would all file into the computer lab. We would all get a computer and boot up educational games like Math Blaster and Oregon Trail.

Although these were very primitive titles, with the educational aspect, (in my view), taking the backseat to the fun, they still taught us different subjects through gaming.

It is a lot more appealing to learn a pretty dry subject, namely the American pioneers braving the Midwest, by actually ‘living’ through it.

Although in many playthroughs of the game, endless failures as my party starved or lost all their supplies attempting to ford a river, I was hooked. Amusingly enough, Oregon Trail sparked an interest in history in me that lasts to this day.

Is game-based learning viable? Can you really learn a lot by playing educational games? Let’s take a look.

What is Game-Based Learning?

Game-based learning, quite simply, is learning a subject or being educated via playing different games.

Since computer use, whether by tablet, computer, or phone, is so widespread, it is a no-brainer that companies and parents would take advantage of technology to teach different subjects.

It didn’t just start with our current and modern technology; game-based learning is actually a centuries-old practice.

They have actually used hundreds of years ago as learning tools. Think of chess and how mentally stimulating it could be. It engages you in thinking strategically and critically.

Sounds a little too ancient to me, but it worked! It was a revolutionary way to learn, even in the 19th century.

Can you really learn by playing games?


The short answer? Yes, absolutely you can. Surprisingly, game-based learning is able to be structured just like a lesson plan in school. It is becoming more of a trend that teachers can build the core of their class around educational gaming.

Game-based learning can easily help the user retain basic knowledge used for studying and test-taking. Not only does it help users retain valuable knowledge, but it also encourages students at an impressive rate to learn more.

“97% of teachers polled said that the gamified reading platform Whooo’s Reading motivated their students to read more…70% of teachers said they saw an increase in student engagement when using educational video games.”

Those stats alone are a great trend to see. The encouragement of further learning is key to the overall success of the student in a school environment. Even if the student wasn’t the best at reading, the desire to read more would only benefit the student and their comprehension levels.

One of the first potential benefits of game-based learning is that it is a lot more appealing to children to engage in an activity like gaming.

It is a slam dunk as it appears to just be a game on the surface, but underneath has the potential to capture the kids’ imaginations, helping them learn subjects that perhaps were a bore or more difficult to get through in a traditional classroom setting.

Game-based learning actually has been shown to improve retention, aka keeping the info in that brain of yours. It’s perfect because the different learning styles people have are all catered by the game, with different games helping students identify their strengths and weaknesses.

It’s also pretty versatile, with the ability to combine different subjects into one game, a nice little learning package.

Retention is the main goal here. The goal is to remember what you have learned while playing the game. This is a great opportunity to incorporate more difficult subjects for students into a friendly, more approachable medium in which to engage the subject.

Imagine if a student dreaded math, but the game developed for that subject was extremely fun and helped them retain knowledge. Again, it is a no-brainer.

It is a much more appealing avenue of learning than sweating it out, studying into late hours over a kitchen table, and outdated textbooks, hoping you can pass a test.

Game-based learning, along with teaching critical thinking skills, is a teaching strategy. I played Age of Empires well into the night on my Thanksgiving break in 5th grade.

The game puts you in a race to collect resources, build units, and destroy your enemy. Under the surface of this game lies detailed history lessons, and strategic thinking for the player, as you can’t take down your enemy using just brute force.

You need to plan: will I have enough wood to upgrade my buildings so they can withstand an enemy attack? Do I have enough archers to assault the enemy’s town center? All of these questions form your attack plan and help you think more critically.

Of course, not all of it is sunshine and roses. Game-based learning, although a fun alternative to text-based learning, isn’t a fully tested aspect in our current technological landscape. Some consider it a ‘fad’ and are hesitant to fully integrate it into a full curriculum that students can engage in.

I think with many games, it has the potential for misuse. Imagine a student in class playing the educational game. The teacher has moved on from the subject which is focused on the game and has returned to a more traditional classroom environment.

Some students may linger in the game, being distracted from the other subjects, curbing their learning, and ignoring new information coming in. Just think of it as playing an addicting game until the wee hours of the morning: you eschew your responsibilities in favor of the game’s mechanics. They can sometimes be too good. 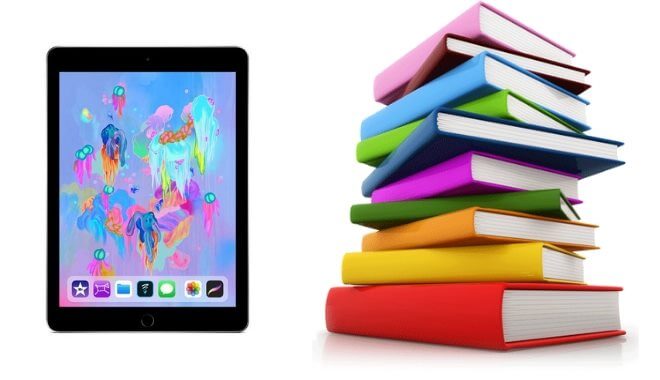 As a veteran of many dusty, out-of-date textbooks in multiple subjects, I welcome the newer trend in game-based learning. What I wouldn’t have given to have a more inclusive, fun, and easier-to-digest medium of information. Of course, there is merit to textbooks, and they have been a staple for education for what seems like forever.

However, different people learn in different ways. Although I love to read, I am a visual learner at heart, and viewing things like a graph or pictures is by definition easier for me. I can actually process the information better and retain it at a better rate if I can visualize what I am learning.

If I’m honest, there’s something downright addicting to seeing a progress bar, icons, and badges that mark your mastery of a subject.

Game-based learning provides just that and more. It involves the player in an interactive arena where they can both visualize and read. Back to the Oregon Trail example, it taught me a different vocabulary that I had never heard before, all while hunting wildlife and gathering plants.

Those sweet little moments teach you to surface things like unfamiliar words, but they also help you visually at the same time having you test your comprehensive reading skills.

A great example of this is simulating the solar system. We are all familiar with space, but the material surrounding it may be a little dry for some students. It would be a dream to engage in a game that would simulate the universe and all the billions of celestial objects out there.

In an interview with game developer Dan White of Filament games, he outlines reasons why game-based learning can have a leg up on traditional textbook learning:

As gamers, we love to make our own decisions. Think back to when you were a kid. Wouldn’t it be awesome to be able to have a little agency, something which we weren’t exactly familiar with?

Back to the chess example for a second. You could play chess your entire life, from birth to death, and never perfect it. That constant bettering and playing motivate a lot of people to keep going forward and improving. Games and learning seem to be perfect bedfellows.

While playing a game, you’re aware that you’re not yourself: you’re Kratos the vengeful god of war, Master Chief the space hero. This also drives kids’ imagination and gets them to start thinking creatively.

The imaginative capabilities are another positive aspect of this trend. I took a Spanish class in college and it involved a very interactive game where matching Spanish words to their corresponding forms in English was a little addictive.

And it helped a lot. It isn’t always an out-and-out game akin to those that younger students would experience; I find that it has penetrated higher education as well.

We are finding out that game-based learning is becoming more popular, and a more appealing alternative to just memorizing historic dates in a textbook.

“There is a great shift in learning thanks to game-based education…evidence to this fact is an increase in popularity of a game-based learning domain. Since 2011 the value of this business has become 4 times higher and reached almost $5 billion.”

Yes, that’s billion with a B. That is a staggering number that feels right at home with the actual gaming community.

A further trend with this phenomenon is that they are taking advantage of mobile games. There are a bunch of titles available in app stores that don’t require a computer at school to learn from.

There is really no excuse not to access these titles if you’re looking for an educational game either for you or a young student.

Revisiting the universe example: what if a student could put on a pair of VR goggles and instantly be transported into a fully formed universe?

No longer will you have to experience a planetarium with a droning, boring voice of a narrator telling you about different planets; you may be able to visit them and zoom around the galaxy.

It seems the top platforms for game-based learning are apps on devices and web browsers. Of course, you have different games that are installable on computers for a school environment, but other than that, these games are just a download away for most users.

Some users can even use already established games, such as EVE Online for the PC where gamers will be put through an informal course of economics.

You are tasked with running a prosperous space company, and the details are painstakingly thought out. Goodbye to business textbooks and say hello to the cutthroat online world of the space economy!

This proves to be an invaluable tool not only for younger students but for college-level learners. Most of all, I believe that this trend in game-based learning will end up being a great benefit to instructors and teachers.

It allows them to tailor their lessons in a more fun and creative way, and possibly see amazing returns in the form of students prospering and getting a desire to learn more, and learn better.