You are here: Home / Learn / Board Game Design Tutorials and Start Guide 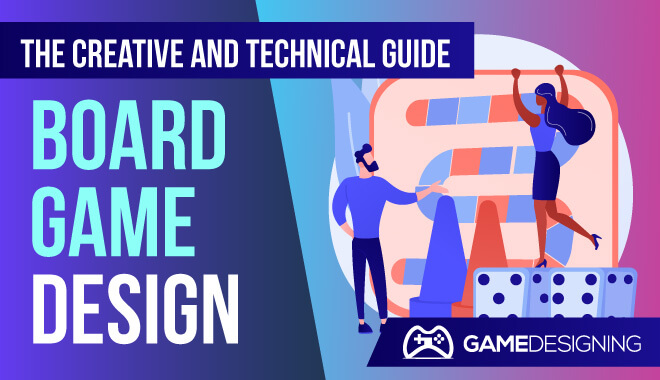 You can probably picture it: a cold, dark night. A violent thunderstorm has taken out the power, and you and your friends are forced to make your own fun without the aid of electronics.

This is where the reliable backbone of entertainment comes in: board games.

Whether it’s chess or Settlers of Catan, board games have been a quintessentially human invention and piece of entertainment throughout recorded history.

Board games have been a staple in civilization, and they are no new phenomenon. While the electronic counterparts have only been in use within a few generations, physical board games, some still played today, have been played for over five thousand years.

For example, the beloved game of Checkers, or Draughts, has been played since 3000 B.C.E.

Mentions and depictions of board games have been seen as far back as ancient Egypt. This means that people have been creating and playing board games for nearly all of recorded human civilization.

The oldest game is Senet, a game based on grids and pawns. It has a rich history, and the rules on how it was initially played are the subject of heated debate amongst Senet historians.

An Overview of Board Game Genres

As with any detailed medium, there are a ton of variations and genres to choose from. We are always innovating and improving upon inventions and innovations. This is especially apparent with board games and board game design.

There has never been a better time to design or play the many different types of board games. Let’s take a look at some of the more dominant genres that exist. 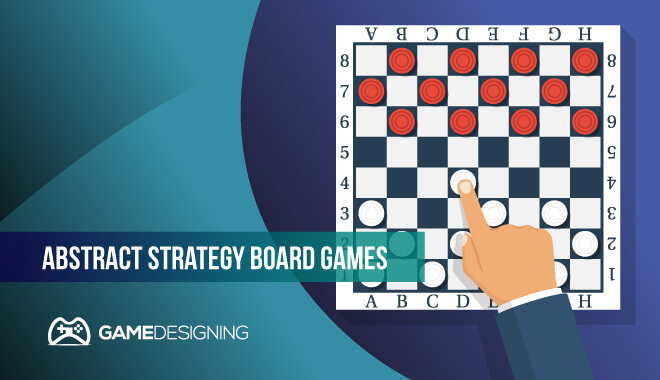 Abstract strategy board games are the heart and soul of the very first board games. In terms of board game design, these games present themselves as a sort of puzzle for each player to solve.

Common themes and elements in these types of board games are the seemingly infinite number of alternating turns between players, no dice rolls, and card shuffling. There is no simultaneous movement between players and no hidden information.

With Checkers, everything you see on the board is precisely what it appears to be. You take alternating turns with your opponent, attempting to eliminate their pieces.

Some of the most common and prolific examples of abstract strategy board games are: 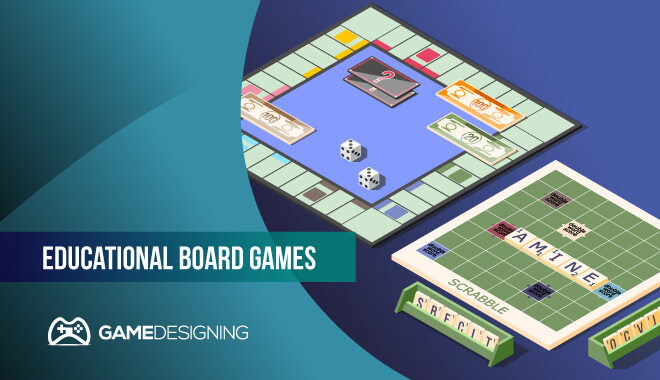 Educational board games are the types of board games that aim to have the player learn some sort of piece of valuable information or skill. These are marketed mostly towards children and can help them with different subjects like reading, math, science, and history.

Some variants are for all ages.

Critical parts of educational board game design are having the player engage in gameplay that is informative, mentally stimulating, and of course, educational in nature. These could range in style of a more relaxed educational focus to a more massive, concentrated effort to educate in a specific field.

Some famous educational board games are: 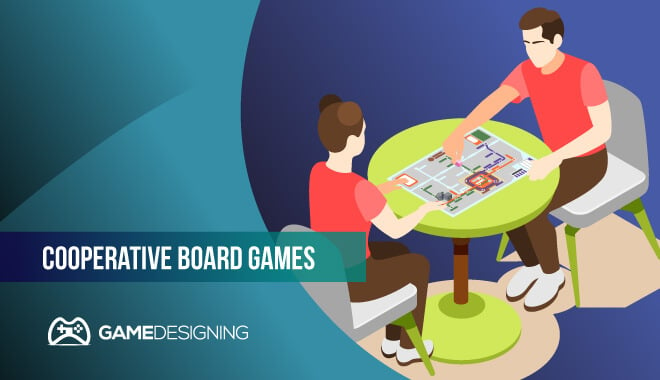 Coop board game design allows for players to accomplish a goal by working together. They will either win or lose entirely as a group dedicated to a common goal.

This is a unique type of board game for socializers. They can also be used as great social icebreakers and team-building exercises.

Some great examples of cooperative games: 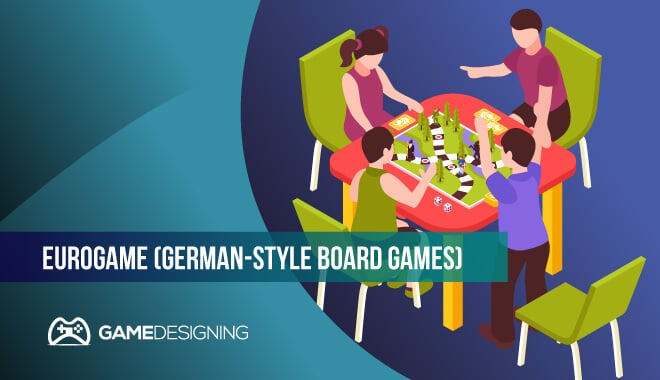 These unique types of board games emphasize social play and less on social conflict and drama. While American board games tend to emphasize character elimination and open conflict, Eurogames lean into meaningful social interaction, resource gathering, and require a lot of thought and planning.

Some notable Eurogames are: 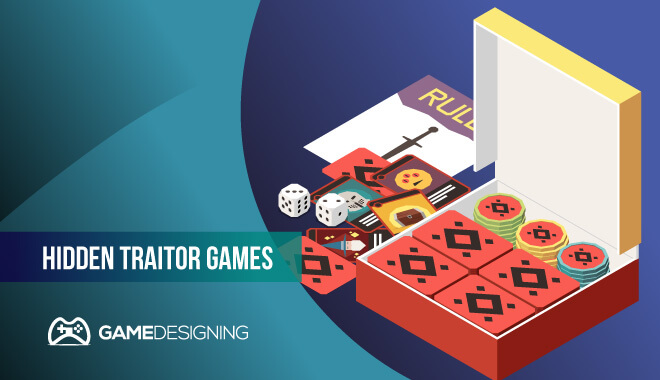 These games aim to pit players against each other. Usually, a group of players is trying to accomplish a goal. Unbeknownst to them, one of their friends is a traitor, or a character actively working against the goal, undermining the group’s progress.

Many of these games will have dedicated periods to have the players try and expose the traitors.

Some notable examples are: 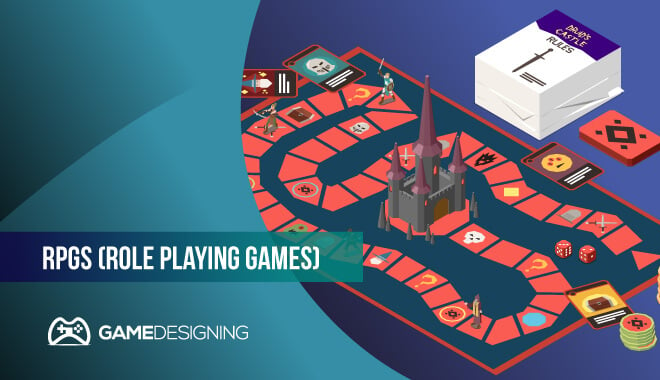 If you have ever played Dungeons and Dragons, this is the quintessential RPG. With RPGs, you take on the role of a character, embody their ideals and actions, and carry out game objectives either cooperatively or head to head.

Some fantastic RPG examples are:

Okay, so how do you design a board game? There are many steps involved, including ideas, planning, implementation, manufacturing, and player considerations.

Coming Up With A Board Game Idea

This could be an extremely difficult or simple step in board game design. In either case, it should be taken seriously and planned out thoroughly. Having a smashing idea for a board game is crucial to actually make that board game a reality.

Fleshing Out Your Idea

A great way to flesh out a board game design is to brainstorm. Bouncing ideas off others is a fantastic and efficient way of not only forming final thoughts about the game but also improving the original concept.

Why are they important?

Player aids allow players to quickly reference rules or things that have happened in the game thus far. They can streamline the game so that gameplay is hard if ever interrupted by players searching out game rules or happenings.

They allow for seamless gameplay and more immersive styles of play for all players involved.

Be Inclusive With Your Board Game Design! 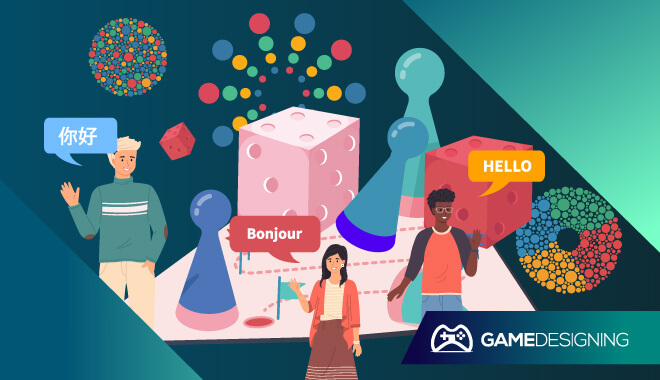 Not everyone can perceive colors the same way. This means that sometimes aspects of game design may be challenging for some players to see or comprehend. It would be best if you had the struggles of those with color blindness or other vision impairments in mind during board game design.

Translating your game into different languages, if possible, is a fantastic idea. With board game design, including players who don’t have English as their first language is an excellent step towards diversifying your game and reaching a much wider audience.

It’s always important to craft players’ pieces and player profiles to allow for a better feeling of inclusion. This means that different races, genders, and ages should attempt to be displayed. Representing only one race, especially in a global game like Pandemic, doesn’t exactly make sense. You want to pull everyone in. That means reflecting the player in the board game design.

Balancing your game could be one of the most vital aspects of success. If the pacing and player balance is off, people will most likely not have as much fun as possible. You have to make sure player powers, rules, and more are balanced for a better gaming experience.

Classifying a game by how many players are involved can change the pace and gameplay of entire game sessions. You need to make sure you have the right number of players in mind when designing the game to get the best experience. 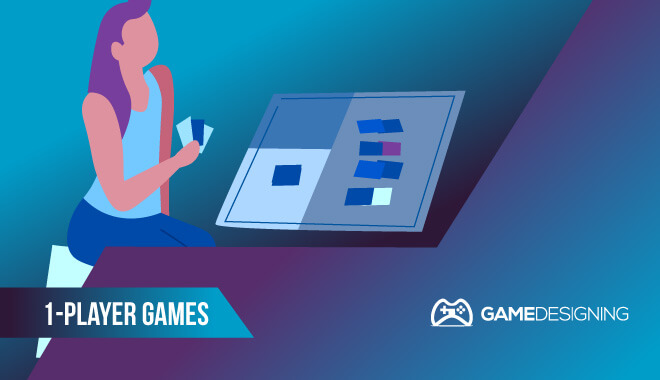 These games are meant to be played solo. Games like solitaire have players moving towards a specific objective rather than combatting players for points of the victory. 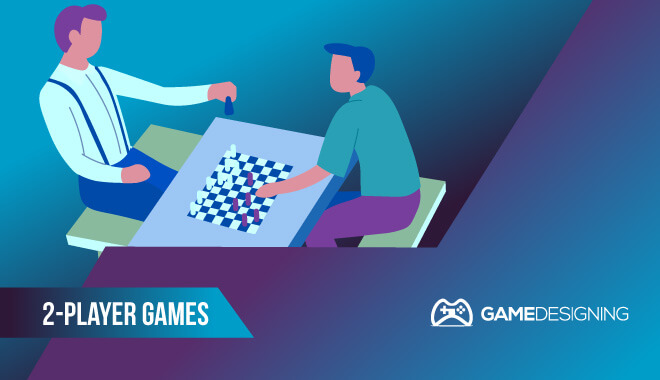 Is the symmetry or asymmetry between the two players a facet of the actual gameplay?

Once again, balancing is key. For example, does the order in which a player starts fundamentally affect the game? If so, you should reconsider the balancing.

You need to determine if there are robust enough mechanics that the game doesn’t become a slog to get through with repetition. Back and forth could get boring! 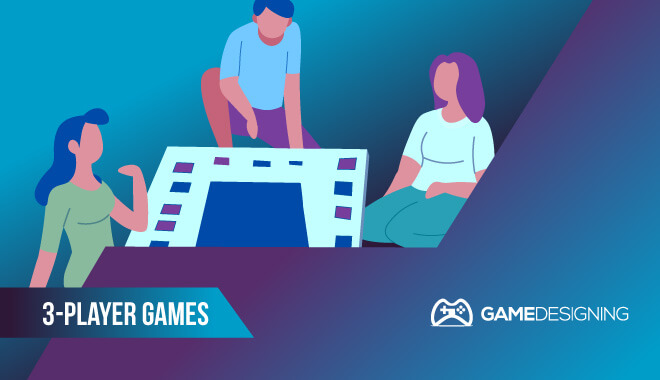 Is There A Crowded market? 3-player games are more ideal in some cases than 2-player games. They allow more people, however, it might not stand out in the marketplace.

There need to be multiple victory strategies. If there isn’t, the game could get blocked up in various players trying to do the same things at once.

Adding one more person to a game changes the way the game is played drastically. As opposed to the back and forth of a two-player game, 3 players may form alliances, gang up on one player, and strategically pace the game to win. 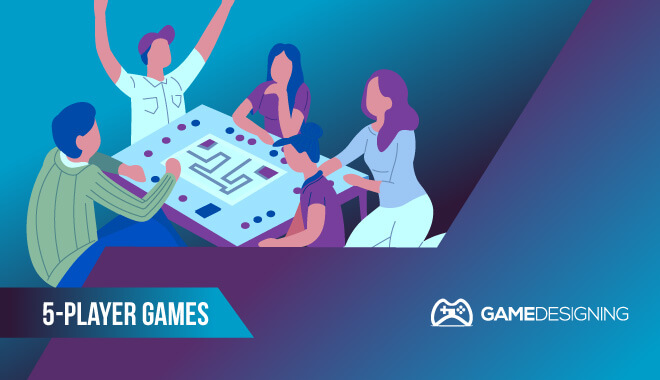 What to do for 5+ player games…

5 player games suffer from downtime; players who aren’t taking a turn have nothing to do. The board game design can lend itself to creating a turn system where everyone goes at once. It would be better to craft some downtime for planning, but too much downtime can distract players and absolutely ruin the pacing of it. 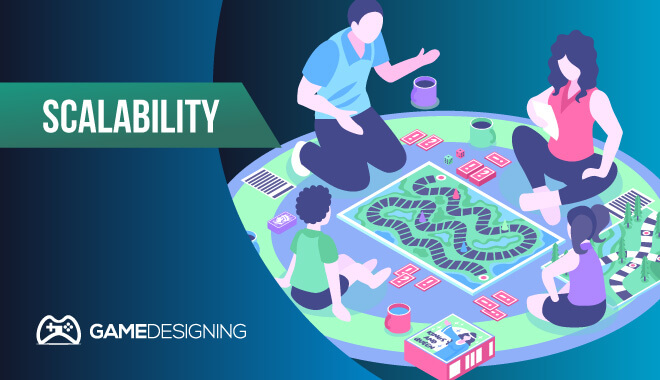 As more players join, the bigger the deck or board should be.

Change the starting or ending conditions.

With the increase of players, you need to change the conditions of victory to be better suited to a larger group. Otherwise, the victory will be achieved quickly.

By changing the object value, you change how a game’s economy works, adjusting it to more player interactions. It adds value to something that was otherwise easier to gain.

You will need to basically redefine a player or turn, changing what each player’s role can be, and what an actual turn consists of. 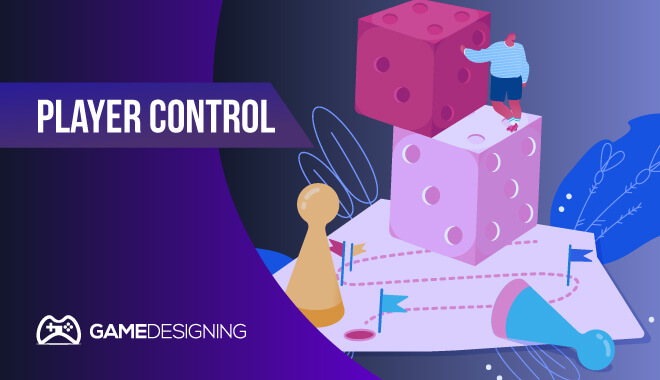 What is player control?

Player control is the overall effect that the player has on the game’s outcome based on game decisions.

A game could be too luck driven, making rolls of the dice crucial to victory instead of actual planning and strategy. This turns your strategy game into a variant of Candyland at this point.

This is where different players can become OP or overpowered. This puts others at an extreme disadvantage and can ruin the game.

Players can throw the rules and caution to the wind, gaming the system and winning through a combined effort to throw everything off track. While gaming the system can lead to victory, it isn’t how the game was meant to be played at all.

This can be a massive draw to playing a multiplayer board game. Interacting with players, either working together or against one another, can be amazingly fun. However, it can inadvertently be derailed by bad game design. This is determined through things like how well it scales, and how complicated the game and its rules are.

As more players are added, control wanes. This also ties into detrimental downtime in games. Interaction between players diminishes, and the game’s pacing is once again thrown off.

How do you design a board game?

You need to establish rules. By creating rules, you effectively build a framework for which your game runs on. Decide what the player pieces will be. Will players use cards? Game pieces?

What makes a board game successful?

Significant design aspects like robust rules, visually appealing elements, and quality of play all make a board game successful.

How do you make a professional board game?

You need to do a few things. You need to pick a playstyle, sketch out your ideas, build your board, make pieces, make dice, playing cards, and rules.

How long does it take to design a board game?

It could take anywhere from 6 to 12 months to design a board game.

What are game rules?

Game rules are the framework in which the players conduct gameplay. Following the rules ensures every player is playing the game as it was intended.

What are some rules for a board game?

Some rules for board games are: