You are here: Home / Learn / Game Balance: Learn to Find the Right Odds 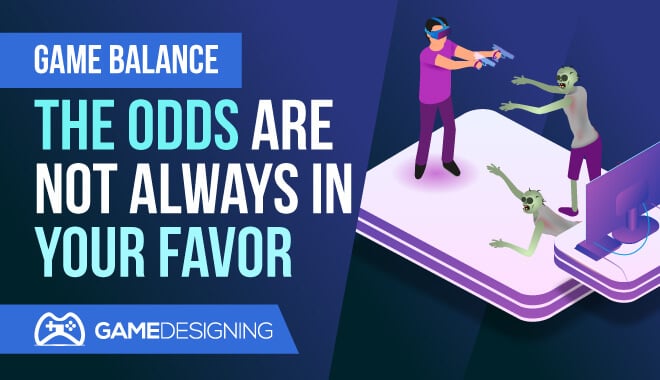 I was playing an online match of Age of Empires II with a friend one night. We would choose our favorite civilizations: my friend with the Mongols, me with the English. We chose these particular teams due to their special units.

As fun as it was, I couldn’t help but think: is this too overpowered? 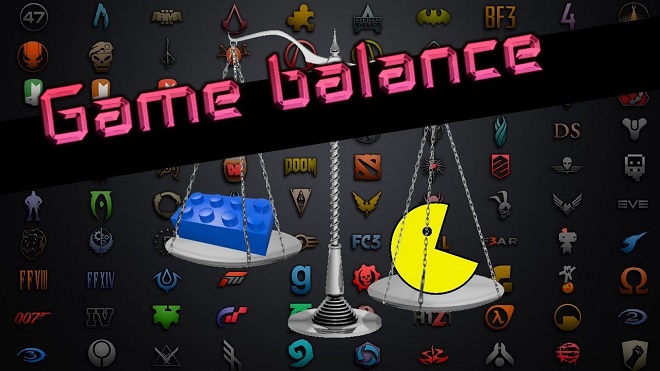 Having something be overpowered is an example of a game’s balance. A game’s balance is making sure that all aspects of the game are, you guessed it, balanced, to ensure a fair, fun game.

For games like Age of Empires, the balance, for the most part, is there. You have multiple civilizations to choose from, with only minor tweaks like signature units to contend with. Other than that, all players more or less start on the same level playing field.

But what about multiplayer games like Super Smash Bros.? Or Call of Duty?

Finding balance in a video game can be extremely taxing and difficult for the developer. Whenever someone says something’s ‘OP’, (overpowered), or needs to be ‘nerfed’, (needs to be reduced), they are referring to the gameplay’s balance.

Some of this talk can be hyperbole and anger at losing a match, but game makers take it very seriously. To them, it’s the difference between their game working properly and not.

Symmetry is where all gamers start at the same level, with the same resources, etc. While balancing is much easier than other games, it is still crucial.

On the other hand, asymmetry is a game like Dead by Daylight, in which clear lines are drawn between players. One player is the ‘OP’ antagonist, while all of the other players only have middling skills at best to deal with the murderer.

In this game’s case, however, the asymmetry serves the game’s purpose. The problem arises when this asymmetry becomes apparent in a game like Overwatch or Halo.

In Halo 3 specifically, the sniper rifle was infamously overpowered. It was insanely lethal, fired quickly, and was often the last word in the argument between players. Many cried ‘foul’, and Bungie eventually tweaked their sniper rifle by decreasing the fire rate.

This is called ‘nerfing’.

A game developer recognizes the overpowered nature of a character or aspect of gameplay and tweaks it appropriately, so it doesn’t ruin the balance of the game.

Likewise, ‘buffs’ are when a developer tweaks a feature of gameplay to make it significant during play. If there is a weak weapon no one chooses, why have it around?

Now the sniper rifle was a legitimately powerful, more balanced weapon. If a player got their hands on one, they had to be economical with their shots, as they could only squeeze off a few before possibly being gunned down by rabid opponents.

Any veteran player of the Total War franchise will recognize the implementation of the ‘rock, paper, scissors’ mechanic that goes into their games. Although it’s a little more complicated than I am laying out, the gameplay can be mastered by mastering the knowledge of different counters.

I would never speak ill of my beloved Total War, (fanboy alert!), but the bare-bones mechanics are rock, paper, scissors, as well as counters.

This isn’t exclusive to just strategy games. Indeed, the multitude of multiplayer games that exist possesses some form of rock, paper, scissors mechanics to balance the gameplay.

In fighting games, a lot of the time the player can boil down matches into the rock, paper, scissors template: strikes stop throws, throws stop grapples, and grapples stop strikes. Sounds simple enough but implementing it during the heat of battle may be an entirely different animal.

Perhaps one of the more famous examples of this mechanic is in Pokémon; everyone’s favorite pocket monsters. We all know that Pokémon has different types: fire, water, grass, electric, etc.

You start with Charmander, for example, and face off against your rival who has picked a Squirtle. This early battle can be incredibly tough, as you are staring directly at the only opponent that can wipe the floor with you. It is an archer trying to kill a well-armored horseman.

This balance throughout every Pokémon title is key, as it adds challenges and strategic thinking to your Pokémon roster choices. Imagine if fire Pokémon just dominated every other type. Not a very fun game, right?

This allows for the gamer to be reassured that no aspect of the chosen game can have something be overpowered, engendering symmetrical gameplay. This allows for a player’s true skills to shine.

After the game is released, the developer can, of course, go back and tweak the game mechanics in minor ways. However, they can also add in aspects like counters from the get-go.

In multiplayer games, a counter would be something like a certain character or player being able to negate other players’ characters’ special abilities. This, albeit temporarily, levels the playing field for many. This also adds an element of fragility, as being powerful as you are, you can be brought down by another person back into symmetrical gameplay.

Trade-Offs harken back to my Halo example. Instead of completely scrapping or ignoring the sniper rifle, Bungie traded off certain overpowered aspects of the weapon to achieve a more balanced weapon, resulting in a more balanced experience for gamers.

The Math Behind It All

If you are completely math illiterate like me, never fear, this isn’t a calculus class. The math behind game balance is intuitive and makes a lot of sense. Achieving game balance consists of hours upon hours of building hypothetical scenarios to achieve balance.

Let me explain a bit.

Reddit user r/buhbuhcuh in the r/game design subreddit states, upon being asked about what exactly is the math behind balancing a game like League of Legends:

“Start with some givens: How long you want a play session to be, and the order of magnitude of the player’s “lose state” resource. Figure out with the interaction model of your game, how long a discreet action takes, and do the simple arithmetic: If I want a fight to last 30 seconds, a character has 100 hp, and each attack takes 3 seconds, then 100 / (30 / 3) = 10hp/action.

This is only one example. A game developer also needs to account for nearly every aspect of a character’s move set, buffs, special abilities. Not to mention calculating for the players’ potential moves. Now that can be a tall order.

Statistics also play an important role in balancing characters or gameplay. Developers often employ the help of matrices, graphs, hypothesis testing, and other dry statistical data to improve their games. These measurements, although undoubtedly helpful, need to be examined closely to ensure that no variables are being discounted.

If a character like Yoshi is winning 100% of the time, a game developer has to examine why considering all of the variables that can go into a gameplay match from beginning to end.

One can observe someone’s win rate versus another character to see if they are balanced.

Do English longbowmen win 100% of the time versus Mongol horsemen? Do medics win every time versus spies in Team Fortress 2?

These are just some of the statistical analyses needed to buckle down and see if gameplay elements are truly balanced.

How Can You Tell? 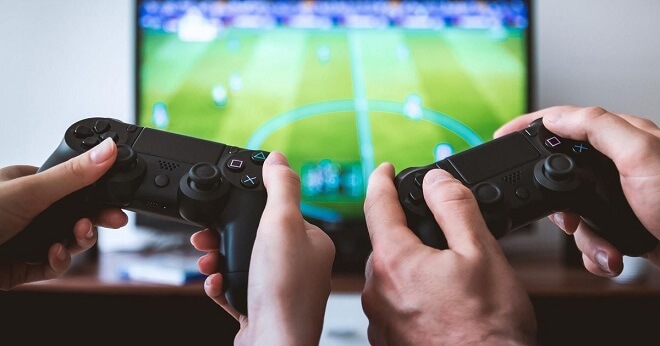 If you have spent any time gaming online, you can tell if a game is balanced or not. Now, hyperbole aside, if you have a legitimate grievance, like a character is too powerful, or a nation in Total War having more of a benefit in something, it is easy to notice and can be quite frustrating.

Don’t mistake this for balanced gameplay like in StarCraft’s ‘Zerg rush’. With the Zerg, the player can mass-produce hundreds of small infantry units and can swarm the opponent once unleashed. This can be frustrating to opponents, seeing all of their hard work get cut down by a bunch of overzealous bugs, but other aspects prove balance to StarCraft.

The Zerg excel in creating cheap infantry since they lack in other areas. They overwhelm players by sheer numbers rather than attack power.

Another instance is in Super Smash Bros. Melee. I remember feeling like I was cheating when playing that game, as everyone is familiar with his lackadaisical floating jump, making it easier to recover from heavy hits.

Not exactly unfair or overpowered, as Kirby suffers in other areas, but those are the types of things that game developers have to observe closely and compare to other characters.

Splinter Cell’s Spies vs. Mercenaries reveled and thrived in the concept that the mercenaries were extremely overpowered compared to spies. On the surface, this seemed unfair. But every map in spies vs. mercenaries was pitch black and allowed spies to traverse anywhere, while mercenaries were confined to the ground with a flashlight.

Sure, a mercenary can dominate a spy, if they can get their hands on them. Otherwise, spies can play cat and mouse games all day with an unsuspecting mercenary. 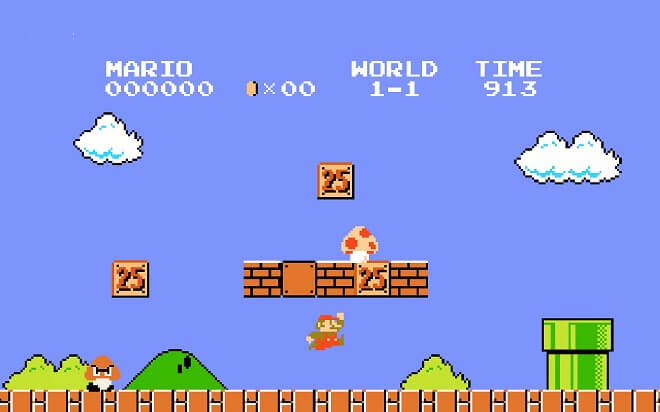 The ‘meta’ in gaming, corresponds to what is happening outside of the game. In Dungeons & Dragons, the players may react to certain situations in the game based on what they think the dungeon master will choose.

It is an evolving form of competitive play where players switch.

Likewise, in multiplayer games, the meta is an ever-changing slew of strategies used by gamers to defeat one another. Focusing on strategies outside of the game, like picking certain units, and tailoring them to the current gameplay, can be seen as meta.

The meta involves losing a lot of matches, forcing the players to adopt a different strategy, then having others switch to that strategy over some time.

This is where balancing a game becomes crucial: the meta in an unbalanced game will be one-dimensional, only having a few strategies to win.

If the game is unbalanced and only one strategy wins even though you have tried everything else, why try any other strategy. Here, the strategies themselves become OP. 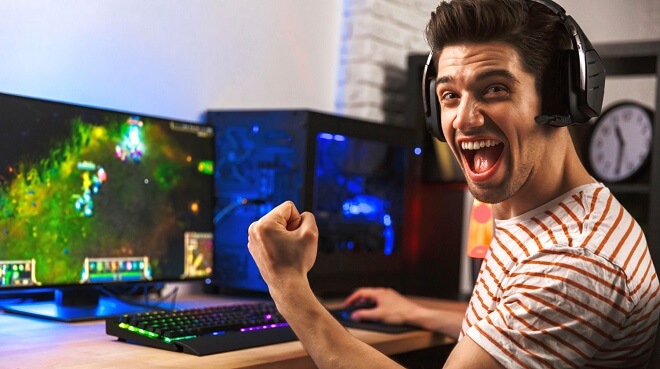 There are also aspects that developers sometimes put in for gamers who are struggling against superior opponents. Call of Duty will implement this sometimes when a player dies too much, giving them bonuses to try and catch up to others.

How about when you play Mario Kart, you are winning, and all of a sudden a blue spiked shell comes out of nowhere and knocks you back into reality? These tools, (as annoying to the player in the first place they may be), do offer a more balanced approach for every gamer involved.

Game Balance is crucial. It allows us to be able to compete against one another better, as well as giving gamers reasonable challenges that they can complete with the skills and tools that have available.

A lot of math and care goes into monitoring and patching games for optimal play. Whether it is an asymmetrical game or a symmetrical title, balance is everything. It’s either that or get dominated by an OP opponent, which no one likes.

The gamers are the fickle population developers need to pay heed to, or else their game can come under some serious negative scrutiny. Listen to the players, balance the game, and people will continue to compete against one another for years to come.