You are here: Home / Gaming / New Gaming Trends You Should Know 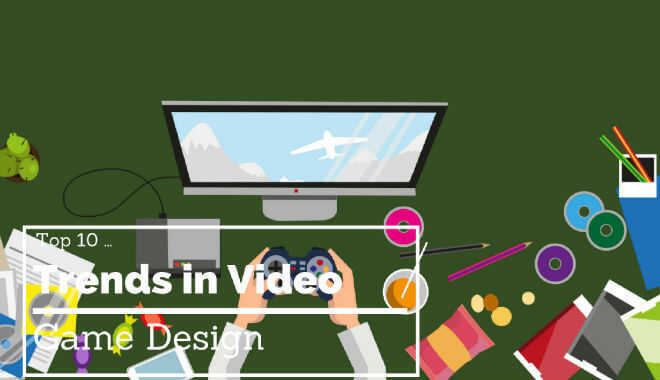 Let’s get augmented reality out of the way first…with Pokemon Go!

It’ a huge hit with millions and millions of people. For a while, anyway. Ultimately, the gameplay was not compelling enough to retain the high numbers that Niantic nabbed right out of the gate.

Despite the steep dropoff, Pokemon Go showed us how to complete strangers, even those not into Pokemon or gaming, could come together over an augmented reality game. It wasn’t uncommon at its height to see packs of teens roaming the streets, populating a Pokestop, and dropping lure modules like it was nobody’s business.

Was it simply the popularity of Pokemon as a franchise that took Niantic to the top (above even twitter), or was it the AR element? Likely it was a combination of the two, but it’s worth watching what happens with AR as we move forward.

Taking it a step further, we move from augmented reality to virtual reality. This year saw virtual reality return with a vengeance. Oculus Rift and the game’s Steam has been developing look particularly promising. PS4’s own version of the headset might prove even more accessible.

Although they haven’t released a price for their tech, millions of people have a PS4. Then there’s Gear, which lets you play games like Minecraft in virtual reality. It will be very interesting to see how social elements are tied in. Seeing the avatars of your friends from around the world, all in the same room through VR? Now that’s a pretty neat prospect.

This year has seemed like a boiling pot with a tremendous amount of overdue spillover. Racism, sexism, homophobia, and xenophobia are running rampant. Video games are a great way to reach audiences of all kinds, especially young people.

Featuring diversity and inclusivity in games exposes kids (and everyone) to the beauty of being different. Diversity could become more prevalent in video games as sectors of all entertainment industries crawl towards equality.

This is a peripheral game design trend, but not an unexpected one. The seven-year cycle of consoles appears to be dead. Both Xbox and Sony announced new iterations of Xbox and PS4. Xbox announced the Xbox One S, which will have slight hardware upgrades and a sleeker body, and also the Xbox Scorpio, which boasts some serious hardware upgrades.

Sony’s PS4 Neo is similarly charged up. With the way phone technology and computer iterations are released annually, it was only a matter of time before video games would follow.

It’s easier than ever to design games for many different platforms, but it’s getting harder to reach interested gamers.

Are shorter hype cycles in the future of games? We saw the disastrous effects that over-hype had on No Man’s Sky. What eager gamers theorized about the game took many expectations very far away from what the developers actually promised. At their small team size, generating hype for a really cool concept helps with funding and sales.

Bethesda, on the other hand, announces Fallout 4 at E3 and releases it months later in November of the same year. Is tempering expectations with shorter hype cycles the way of the future for bigger developers and publishers?

All kinds of developer platforms, from Twine to Amazon’s AAA-caliber Lumberyard, are available for aspiring designers to get their hands on. This software access, as well as unprecedentedly low barriers to entry, has meant a great indie game flood of the market.

A gaming platform that will likely continue to see games added is Apple TV. The latest generation of Apple TV is practically screaming for games to be made.

With Lumberyard, Twitch mechanics are built right into the editing software. It’s never been easier to explore the ways in which streaming and community gaming can be further integrated into the gaming experience.

“Feeling First” design starts with the emotions the developers want players to feel. From there, they design the mechanics and the gameplay, and the story. It’s a bit of a flip on the traditional approach to game creation. Funomena is the pioneer of this “Feel Engineering.” It’s about creating unique, moving emotional responses in players.