You are here: Home / Career / Minimum Viable Product: What Does MVP in Gaming Mean? 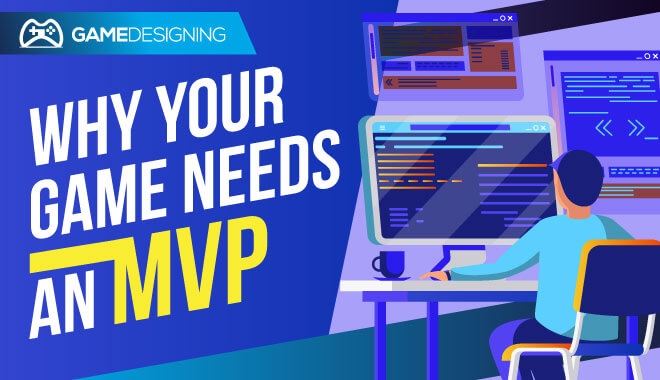 If you’re at all like me, you wanted to develop your own game when you got older.

Obviously, when the time came, I learned it was much more complicated than just having a vivid imagination.

Although a necessary part, you need to know programming, design, and how to use software for game designing, and a wide knowledge of various technologies.

Along with these, you also need to know how to build something called the minimum viable product.

Basically, this means seeing if your game would actually have an audience, rather than just releasing it and hoping for the best.

Teaser for Silent Hill Was Used for Market Research 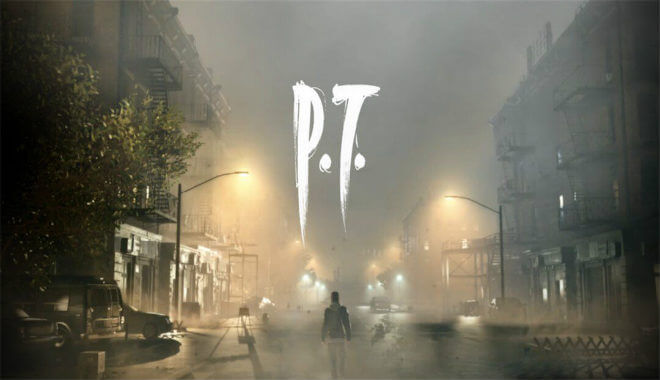 Back in 2014, PlayStation players were treated to a truly horrifying experience.

Repeated walks through an increasingly dangerous and chilling hallway in a house filled gamers with dread and fear.

This turned out to be P.T., or playable teaser, for the future game Silent Hills.

Unfortunately for Silent Hill and horror fans, Silent Hills was scrapped after Hideo Kojima’s rift with Konami and the controversial development of Metal Gear Solid V: The Phantom Pain.

Movie director Guillermo del Toro and Kojima would go on to take this concept from P.T. and apply it to the upcoming, extremely bizarre, Death Stranding.

Not only was P.T. insanely frightening, but it also served a market research purpose.

Walking through the darkened rooms, awaiting jump scares and other nameless terrors allowed Konami, Kojima, and del Toro to see if there was potential interest in their project.

By releasing a playable teaser, they tested the waters of the consumers to see if players were ready to delve into a much darker Silent Hill universe.

The reception was amazing, and when it was canceled around 2015, the press was extremely negative.

This teaser was breathtakingly polished, promising, and most importantly, scary. To me, it was an unfortunate and sad development of such a promising idea.

However, P.T. has made me excited for Kojima’s Death Stranding, and still tests to see if there’s a market for an ambitious, bizarre horror title from him. 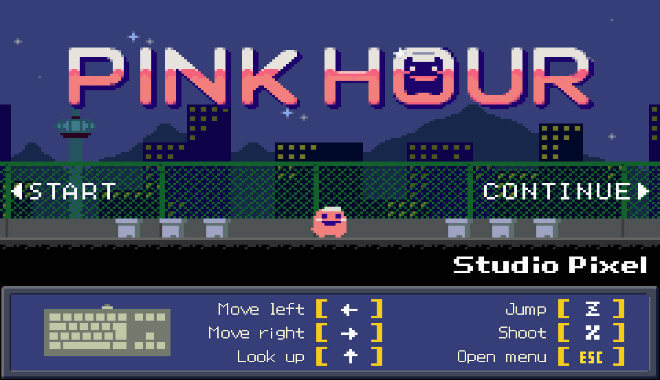 Pink Hour was another mini MVP, it being a prologue to a game called Kero Blaster.

Pink Hour was released about a month before Kero Blaster. This helped create buzz for and interest among gamers and served as a way to confirm that the game was on the right path.

Focusing on the Why 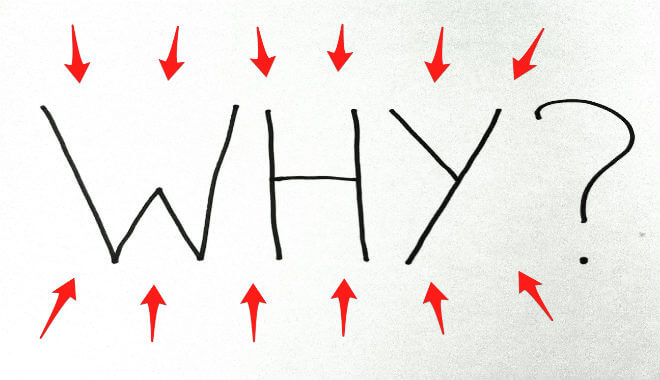 In an article written by Multidots for the website Hacker Noon, they outline extremely important underlying factors to a successful MVP.

These are ideal and thought-provoking questions. Let’s examine them closer using the P.T. example.

Who will be the target audience?

In P.T.’s case, the target was mostly, I believe, horror fans or those that want to be scared.

Of course, the Silent Hill fandom was the most pertinent audience, but Kojima and del Toro had to find the broader scope while keeping the base.

The tension, puzzles, and ambiance were enough to attract a wide swath of gamers. Along with that, all PlayStation 4 users were able to download it.

If we want to extend this further, we could look at Minecraft.

The wide accessibility and creativity were its greatest assets. Everyone in the gaming community could connect to this simplistic yet complex game.

Why should people care?

This is arguably the most important factor. This is basically your mission statement for your game. Why should people care about P.T. or Silent Hills?

You could come up with a plethora of reasons. Silent Hill fans will be happy, the franchise will evolve with the hardware, and a new direction will add more significant narratives and points of view.

What do you want users to do?

In P.T.’s case, users were corralled in a haunted house, being forced to traverse a single hallway over and over, changing to the environment every time the player would open a door into this hellish world.

The developers outlined all of the aims of the player very clearly in terms of progression, leading the player with a loose but guiding hand. They had the users do exactly as they intended.

Basically, to create a robust and polished product, you need to keep your ear to the ground, connect with potential fans and gamers who you’re aiming your product.

If you can create an MVP, and do all of these things, you could potentially make a hit game.

Eric Ries, entrepreneur and author of “The Lean Startup”, explains the importance of MVP’s and continues learning:

When is the Right Time to Ask for Gamers’ Feedback?

Besides the two examples mentioned above, a minimum viable product is a sweet spot between finding what doesn’t work in game design and releasing a satisfying final product.

You could release a polished, but overall subpar game to disappointing reviews and just go back to the drawing board.

Or, you could develop an MVP and test the waters of the gaming community.

This allows gamers to get a taste of what you offer, with you safely behind the release deadline and allowing you to tweak your game based on user feedback.

When you make a game, you want to like it. You need to like it. It’s like a baby to you. We get it. The thing about games is…well…it isn’t enough for you to like it. You need other people to like it too. That’s the point, right? Designing games is all about executing your vision and bringing joy to others through that execution.

Even though it’s hard to share your work with others, eventually you will have to release it to the world. Why not bring players into the fold early? Player feedback and testing can be invaluable when you’re still in a position to make changes. Even AAA games do this, think about the Titanfall 2 Multiplayer test that took place a couple of months ago.

Consider your intent when making a game. If you’re waist-deep in the design process, you should have a clear idea of the finished product that you’re heading towards. On the most basic level, you want to make a game that’s fun to play.

That gives you a lot of wiggle room. Crossy Road is fun. Battlefield 1 is fun, too. Those games are completely different experiences (obviously).

We are using extremely polarized examples to illustrate the point; the intention behind these games was different from the onset. It’s important to keep your vision at the center of your efforts for the entire design process.

If you’re going to use player feedback (and you should), you need to make sure you find players that understand your intent. You need to cultivate a group of players that are giving feedback based on your vision.

To go back to our polarized game example, if you have Crossy Road lovers playing Battlefield 1 hoping for Crossy Road, you’re going to get some very bad advice.

That’s obviously not good advice for a game like Crossy Road.

If players have good ideas that don’t fit your vision, that’s when you have to put the critical thinking cap on. There’s nothing quite like an election year to remind everyone that people have strong opinions about…everything. Just because an opinionated person feels strongly about an idea doesn’t mean it’s the right idea for you and your game.

If you’re making a role-playing game, you might hear feedback like “you should make the combat more like Runescape” or “your loot system should be more like World of Warcraft.” If it doesn’t work for your game, ignore it.

It won’t be easy, but you can’t get bogged down by players trying to turn your game into something that already exists. Stay focused on your vision!

Use Feedback to Fix Issues

Anything you catch before releasing the game will be one less headache for you post-release. Using player feedback to identify the issues in the game can save you time down the line. Again, we aren’t talking about “Be more like Skyrim” feedback.

We’re talking about “My character gets stuck at this part” or “I can’t interact with this character at this part in the quest if I do X first.”

Having players give you feedback for debugging the game takes some pressure off you. Once early players can get through your game without issues, the masses can too.

You Can’t Please All the People All the Time

Despite your best efforts, you’ll have some people that love what you’re doing and others that won’t go near it with a ten-foot pole. If there’s one thing you’ll learn through game design, it’s that you just can’t please all the people all the time. So don’t try! Stick to your vision. Build an audience of gamers that understands your mission.

Learn to trust the players who get it, and ignore the ones that don’t understand what you’re going for. This won’t be easy. It’s better to have 100 fans who are crazy about your game than 1,000 fans who are lukewarm about your game, play it once, and forget about it before the week is out.

Rust and the Five-Year Idea Validation

Would the wildly popular Rust, developed by Garry’s Mod creators, have fared better as a solid release rather than a carefully looked after and tested product?

After all the years in development, I can safely say ‘no’.

Although I wanted Rust to release in full, I recognize that the full product would be absolutely underwhelming if the developers didn’t put it in early access, if they didn’t create a minimum viable product.

I was extremely impressed with the first build of Rust, and I think that the developers made a successful MVP or a product that attracts early potential buyers.

When I look back on the first build, however, you can really see the world of difference between the product in 2013 and that of the final product released in 2018.

To make a successful MVP, a developer needs to avoid putting out a subpar preview. This could potentially trip up your product irrevocably.

Overall, there needs to be a perfect balance.