You are here: Home / Video Game Design Education / Start Your Career in Programming: Educational Paths and Tips on How to Land a Job 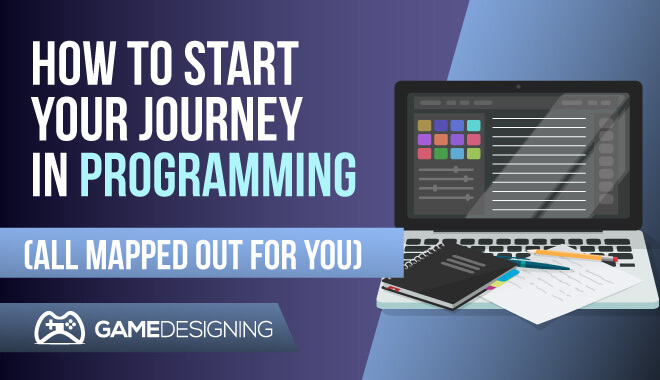 The versatile world of programming has tons of fantastic potential for those of you who like to tool around and manipulate software. However, if you aren’t familiar with programming like some, never fear! There are now clear and concise ways in which you can easily break through into a career in programming. Allow me to be your guide on your journey in programming. 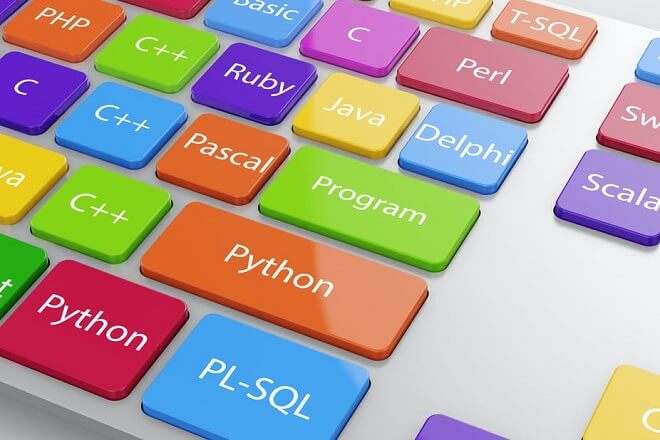 You may be thinking that you need a heavy-duty master’s degree to even think about becoming a hotshot computer programmer, but you’d be mistaken. There are more than enough paths you can take, both in-person and online, that can provide you with not only a degree or certification but a valuable grasp on one or various programming languages.

Programming can be an extremely lucrative field to get into. On Glassdoor, the salary is ~$57,000 to an impressive $100,000 annually, with the average pay being somewhere around $75,000.

Wage and demand will vary by region. If you’re in an urban hub like San Francisco or Philadelphia, chances are the pay will be more to your liking than programming in Des Moines, Iowa.

Getting An Associate’s in Computer Programming 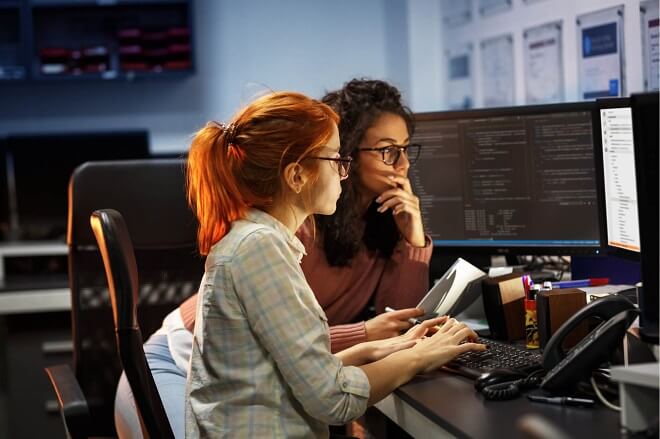 Should you get an Associate Degree in Computer Programming?

A degree in computer programming will include topics like logic, Java, Linux, and computer security.

It’s debated amongst some whether an associate degree in computer programming is enough. Still, overall, a lot of companies are willing to hire if you have this certification, have a portfolio of projects, and, perhaps most important, a willingness to learn and grow.

“Sure, if you want to be a network architect, you’re almost certainly going to need a computer science (or related) degree. But for many other tech jobs, a computer-science degree is a nice addition, not a necessity. What matters to many employers is ambition and a willingness to learn on the part of tech candidates.”

It’s one of those situations where it boils down to who’s looking to hire, who you’re applying with, and who you interact with. Luckily with computer programming, it seems the job market and its requirements are pretty flexible compared to many other fields.

What You Can Do With An Associate’s Degree 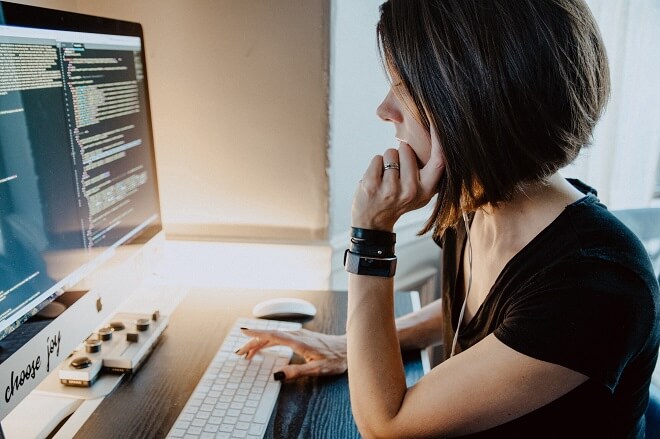 You can be employed in three of the most common programming fields: a computer programmer, programmer analyst, and a web developer. Web developers, in particular, enjoy relatively good job security and job growth, and the outlook for them over the next ten years is looking decent.

An added feature of earning an education in computer programming is, of course, the new and exciting ways in which you can network with other computer gurus. Networking itself can help propel you into a career.

“Success is where preparation and opportunity meet.” never has that been more appropriate when talking about networking. You can pick the brains of experts in the field, and even land yourself an entry-level position. 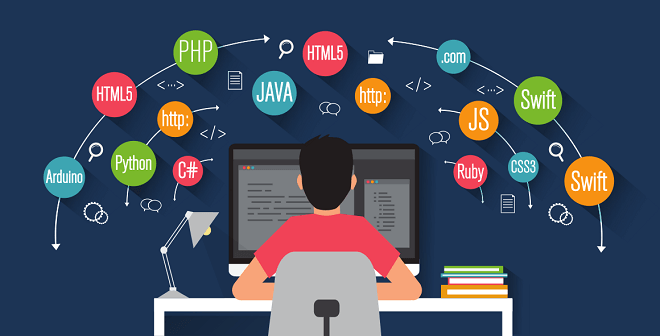 Computer programming has become an extremely viable course curriculum in schools in recent years. There are many programs, and regardless of which you choose, you will be learning the fundamentals of computer programming, along with new ways to approach programming and computing problems and ideas.

Computer programming is also offered in bachelor’s programs as well, giving you an even more significant advantage once you graduate.

Sometimes high schools can offer computer programming electives or something similar. Web design, in particular, has become a mainstay in technology courses. After that, you applying to a school for that specific major is your best bet in furthering your education.

The best avenues to take are through your local community college or a fully accredited online school or program. Community colleges like Bucks County Community College and Ocean County College offer both face-to-face and online learning. They are some of the most highly ranked in terms of computer science programs. 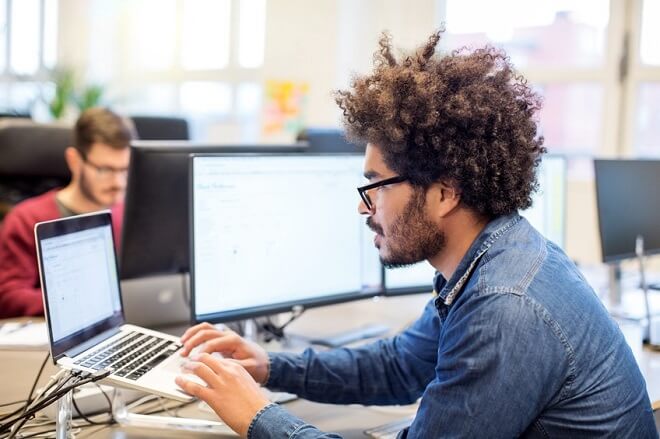 So we know that computer programming is coding and building programs. But what can you expect in terms of courses? We compiled some classes and subjects that continuously pop up on some of the most common courses for programming majors.

There are many more, including much more specific elective classes that are unique to each college or online course of study.

How Long Does It Take to Get A Degree?

Getting an associate degree in computer programming will take two years, or about 90 credits if you are a full-time student. If life gets in the way, like having a job on top of going to school, it could take longer. However, you can take summer courses to make up for lost time during the regular school year.

With online classes becoming more frequent and more streamlined, you can work out a system that works best for your personal style of learning.

Now we explore what you’ve been waiting for: jobs and careers. 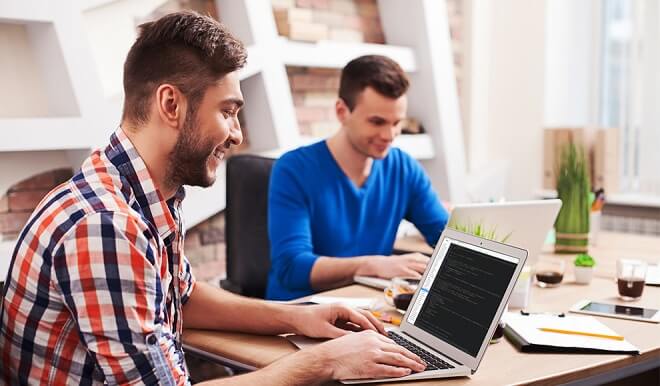 There’s a ton of variety to what jobs and careers you can nab as a computer programming graduate. Based on the BLS’s estimate, these jobs are only going to become more prevalent and widespread, especially with remote work and working from home becoming the norm. Some of the highest-paying associate degrees in technology are:

These degrees seemed to have been more lucrative than even one in biomedical engineering technology and network engineering!

Tips on How to Land A Job 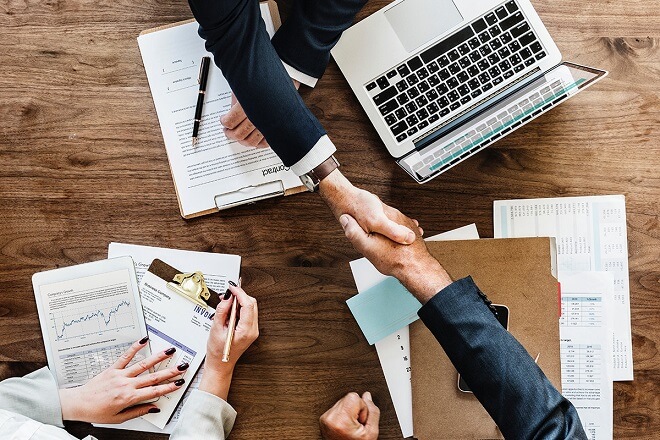 So now you find yourself on the hunt. You have the information about what kind of jobs you can land with your shiny new degree in computer programming, but you’re not sure where to start. You have that spiffy suit and tie all picked out to impress the hiring manager, but who’s hiring, and how do you get their attention?

There are a few ways to do this:

Building an impressive, robust portfolio is one that should be a prerequisite to applying to jobs. Hiring managers will still scope out your application, but it is always helpful to have some sort of meaningful project that you have worked on in the past in your portfolio. You want your potential employer to be seriously impressed with what you can accomplish with just a few lines of code.

Did you develop a website in high school? Your own game using HTML in college? Tell them about it! Words count for a lot in interviews, but tangible results count even more.

Get to know the company, generate questions

You may find the job hunt can be a long, lonely road sometimes, and you could be sending your application out to a bunch of employers at once. Blasting out apps all willy nilly can be dangerous, as you can lose track of who you’ve applied to.

Be aware of who you send out your work to and research them. Browse their site and get to know the key individuals, if possible. This way, you can generate questions you may have about the company and its executives. Questions to the employer matter in interviews, and a well-placed, meaningful question can show you care about the company to which you’re applying.

I can’t stress the importance of networking enough. It could easily be the difference between you having a job overnight and job searching for months. Like it or not, careers have a lot to do with who you know, and if you become part of a valuable and helpful network of like-minded programmers with connections, it can only benefit you.

It’s best if you build up networks during your associate program. These could include professors and students you meet along the way.

An associate degree is worth it, but going that extra two years and getting a bachelor’s could give you a valuable leg up on the competition during a job search.