You are here: Home / Experts / There’s A Time For Everything: How to Be Happy Working in the Gaming Industry 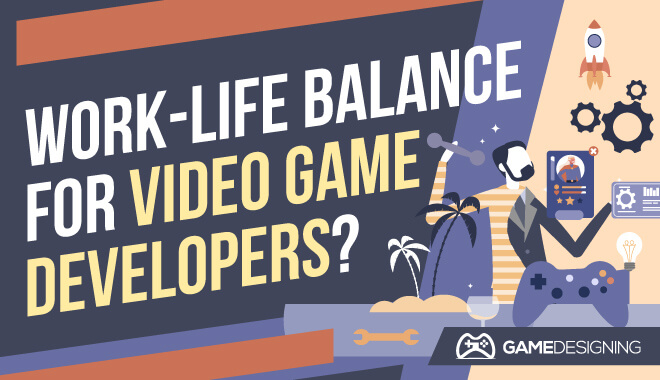 Game Developers work with only one goal in mind: finish a video game project. Achieving work-life balance is unheard of in a career in which crunch time is part of the job description. And though they’re not exactly shy in calling for office reform, most have embraced their fate and have settled into a routine of bottomless coffee, endless meetings, and overtime work.

The situation looks dire but what if I tell you it’s possible for game developers to achieve work-life balance?

We recently caught up with Edward Bennett, an Authorised Unreal Engine trainer living in London, UK. “I run workshops to teach companies the distinct elements of the engine. When I’m not training, I work as a developer with indie game companies,” Edward tells me. He does all of those and still finds the time to bond with his 2-year-old son.

I got the impression that even with those activities on his to-do list, he still has room to do more. There is no magic formula for achieving work-life balance. And for a highly-competitive job market like the gaming industry, in a stressful working environment, you’ll have to create your own balance. How?

For Edward, it means taking the time to make sure he is committed to a role he will be happy with: “I recommend you specialize since most jobs rarely require a generalist.”

But before you’ll get there, he encourages newbies to get a broad experience of all the potential roles they could do.

“Learn a little of the design pipeline, try some coding, do some animation, and even help with the marketing. This will help you have a broader view of the industry. It will make it easier to work with others and understand how your work fits in with the overall project,” he recommends. “It also gives you a chance to see what other roles are available to you. You can get pigeonholed very quickly,” he added.

Edward has been programming games since he was 12 years old. “My first game was a platformer called ‘Bob’ made on Amstrad 464,” he recalled.

Equipped with general technical qualifications, he entered the gaming industry as a programmer. However, he gained all of his game-relevant skills through self-education and the job. An accomplishment that he’s proud of:

“The nature of my role means I need to be constantly learning new skills, most of which have little formal qualifications connected to them. In a lot of cases, I would be the person writing the tutorials and teaching the workshops.” 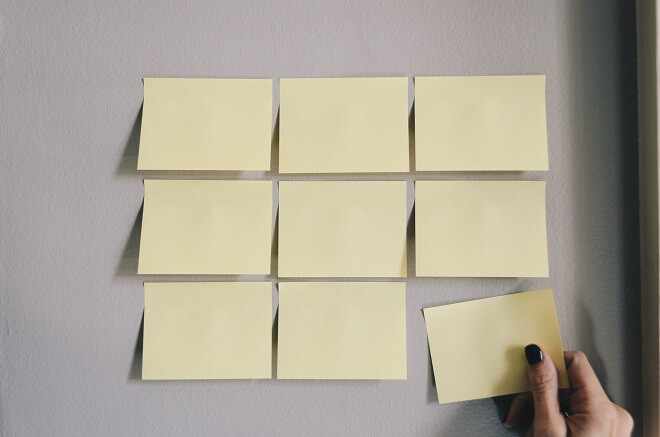 Edward works from home. He has a small office with a lot of monitors and a big box full of random broken tech as a permanent fixture.

He starts work at 9:00 am and will work through to 6:00 in the evening. “If I am running a training course, I will usually teach from 10:00 am onwards. If I am not training, I will start the day doing an hour’s training with an expert and then it would be a mixture of meeting and coding.”

He spends most of his time training.

“Development-wise, the project I’m most proud of was a level layout tool. It’s used to procedurally generate levels in an upcoming FPS, and made of the unreal engine and built in C++.”

He’s worked with both Unreal Engine and Unity. And he has a favorite: “Unreal is my engine of choice. I really like the blueprints system, it allows me to create a prototype quickly without having to type a line of code. It also makes the engine very accessible for any non-programmers involved in a project.”

He gushes over his second choice:

“I think Blender is the most exciting software at the moment. It is capable of so much – from rigging, modeling, sculpting, texturing, and animation. Other software is arguably better than Blender at single functions, however, the speed of development and the sheer amount of support provided by the open-source community means in a couple of years other software will have trouble keeping up.”

Not only is Blender free, but it has had massive cash investments from the likes of Epic, Amazon, Microsoft, and Facebook.

“I believe in the next 5 years we will see Blender become industry standard,” he boldly predicted.

Love – ’Is This Even Worth It’ Relationship

For Edward, the best part of working in games is he’s almost always working on something that he loves: “It is rare to find someone who works in a job they are genuinely passionate about, however, that is the norm in the game industry.”

This can also be the worst part. Once he’s in a roll, it’s hard to switch off: “You’ll find yourself caught in 10-15-hour workdays. Crunch is very real in this industry and a lot of time it is self-inflicted.”

Video game companies now offer unlimited holiday benefits. But not all are interested to go on a holiday with a deadline to beat.

“In reality, this usually results in people taking less holiday since they do not want to let down their team get behind in work.”

Finish the Game (Build Your Portfolio) 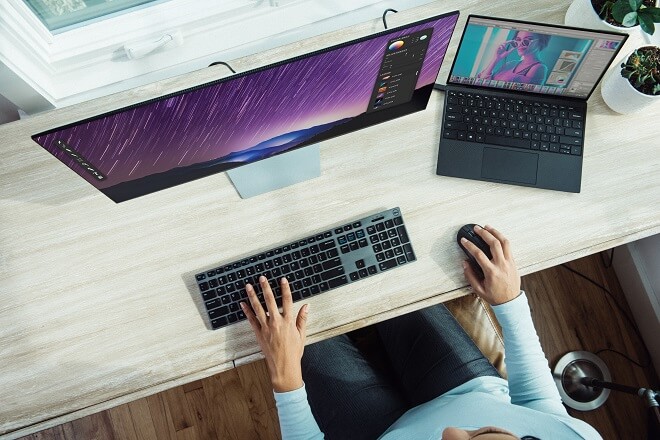 “Complete things! Be part of things that finish!” It’s a declaration. And Edward is right. Video game companies, specifically hiring managers, will judge you on your body of work. It’s insane to think that there are a lot of computer games that never see the light of day. Make sure that you attach your name to shipped titles rather than canceled projects.

Your video game portfolio will determine the success of your career. There is now a shift in how video game companies look for the perfect candidate to fill the job vacancy.

If you browse through job advertisements, you’ll notice that companies have become more specific in their messaging.

“You will see a lot of job adverts, ‘must have worked on X amount of AAA titles’, in most cases,” noticed Edward. Once you have one or two games under your belt, hiring managers are only interested in that now.

“Here, I feel that the value of any game development degree is very short-lived. It may get you an interview, but it would likely be quicker to self educate and take any role on any semi-respectable project which actually ships.”

Brace yourself for Edward’s 3 predictions:

“The power of computers and improvements in software is going to make optimization in game development less vital. “

Already in the demo for Unreal Engine 5, they have shown off their new technology called Ninite which removes the limitation on the number of polygons shown on screen. For game development, this means that a lot of optimization work on models can be done away with.

Virtual Reality is going to explode. (Not a shocker)

With Facebook Oculus Quest 2 being a tremendous success, this is now close to hitting a tipping point. What is more exciting is the new brain-computer interfaces, now in their building process.

This technology can only get better and combining these two together is going to create an amazing new level of immersion.

“Google’s Stadia will be an immense success and that this will mark a massive change in the gaming market.”

Edward considers Stadia to be a colossal failure now – it lags, and it houses a poor selection of games. But not for long. As 5G becomes standard, it will solve the lagging problem.

It’s a lot to take in, I know. But with game development becoming easier, more accessible, and more affordable, the only barriers standing in your way are the marketing and publishing of games.

Edward is currently working on an awesome fast-paced, parko hero shooter called BulletVille. You can check it out here.


He’s a host on the Game Dev London Podcast which you can listen to here. If you would like to get in touch with him professionally, connect with him on LinkedIn.
ShareTweet