What's Going on in Gaming Today?

Over the last 20 years the popularity of video games has significantly increased, completely changing the entertainment industry.

With improvements in technology and the growth of Esports, video games have finally taken the center stage. With that growth, the need for smart and creative video game designers, developers, and artists has risen to an all-time high.

Games that used to take 3-10 people to create, now take more than 100 and costs tens of millions of dollars. Even games designed for mobile devices can take years to create. But with so much money on the line (billions), it's more important than ever to produce something special.

With all that's changing it can be a little difficult to figure out where you fit in. For those interested in getting an education, becoming a professional game designer, or making games from home, we've organized our gaming industry archives to help you take the next step.

The Fun Side of Gaming: 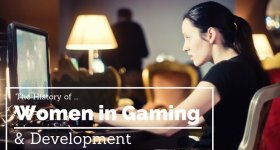 In 2014, the International Game Developer’s Association released a report detailing the prevalence of women in the gaming industry. While the presence of female developers has doubled since 2009, there was still a significant male dominance in the field. A History of Male Dominance in Gaming For a long time, games have traditionally been developed […] 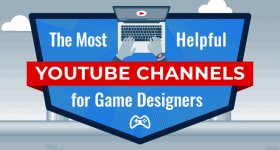 There’s no doubt that if you’ve been anywhere near the internet in the past 11 years you’ve gotten a healthy taste of YouTube. It’s more likely you’ve invested hours of your life, over the past decade, watching videos. Whether it’s a heroically viral video of a pig saving a goat, or a lesser known video […] 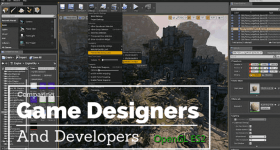 There are many different jobs and roles to fill during the production of real-world video games. Perhaps the most popular job titles you hear thrown around are game developer and game designer. While the two jobs may sound similar, in reality they are uniquely different roles filled by different types of thinkers. This means there’s […]